It’s 2.30 in the morning of the hottest, sweatiest night of the year and I can’t sleep. I’m thinking about our meal last night.
Mana Head chef, Simon Martin appeared to be in a massively bad mood which permeated throughout the huge dining room. He did not look happy at all. Unsmiling and and none communicative on occasions when he brought the food over to our table, it really did put a dampener on the night’s dinner. Was it something we did? I try to find a reason why it might be our fault as you do at 2.30am and you can’t sleep. 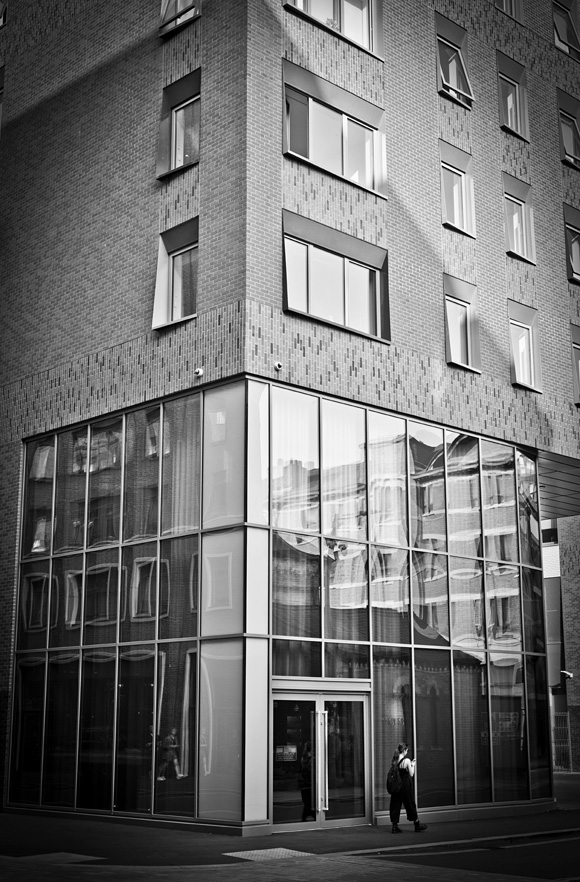 Early on in the evening we had mistakenly ordered a bottle of white rioja but taking a sip, I immediately realised it wasn’t the right wine for us all. The highly rated Viña Tondonia White Reserva (I think) was just way too mature and sherry like for what we were looking for. We asked to change it to a different wine and were told they’d have ‘to try and sell it to someone else’. I think it was our fault in hindsight but It felt like we had really put them out and it wasn’t the reaction I had expected.
Or had we been too loud or too drunk? I hadn’t thought so, no more than usual anyway.
Was it the presence of the Guardian photographers who were there shooting for a new, yet to be published review? I also got the distinct impression that me snapping away wasn’t going down too well either. (I later ask for permission to photograph the chef). 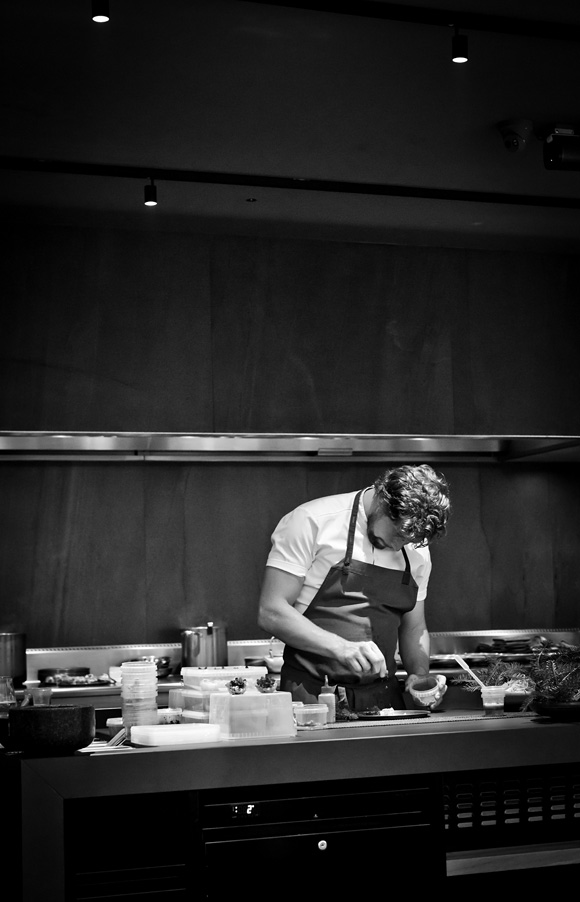 The narrative of the story I‘d assumed I was going to tell, is that I’d been wrong to leave it until now to come to Mana, that it had been amazing like everybody else says it is and a fine night was had by all. It didn’t turn out quite like that for us.
Firstly, the food. It was good with flashes of Michelin star brilliance. It wasn’t the overly challenging style that I had mistakenly believed that I wouldn’t like. The flavours are generally all there. The oyster with chicken fat was beautiful, the yakitori-style eel, is now one of Manchester’s best ever dishes. That tartare, again, such a gorgeous mouthful. That bread is superb. He’s a talented chef.
It was just that we were hugely let down by the service. If they’re attempting to win a Michelin star, then on this occasion, they fell well short of that. It made me realise again that front of house and service is at least as important as the food if not more so, as it has the capacity to completely spoil a night and overshadow everything else, even if the food is good. Dining at the best restaurants can make you feel like a million dollars, this just made me feel regretful and disappointed. 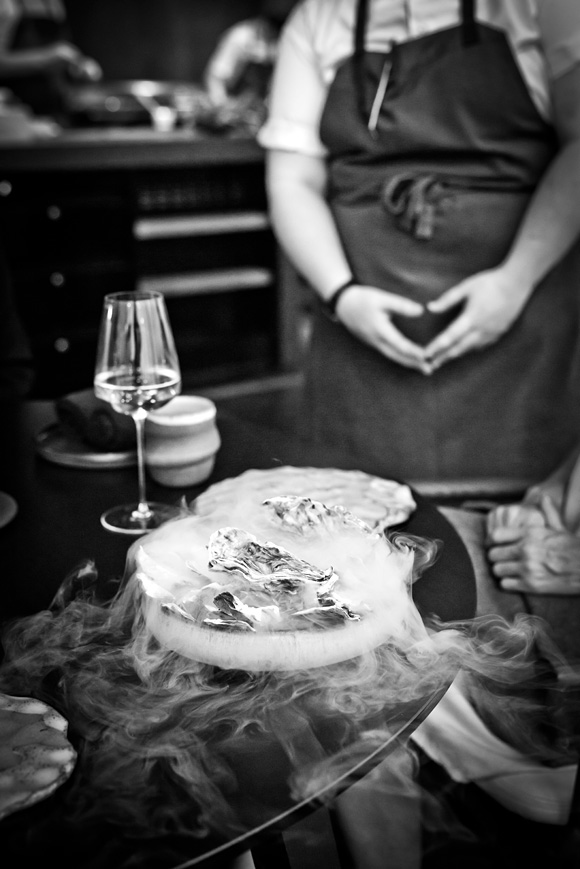 Service was slow and inconsistent. Dishes were explained on some occasions but not others. If the chef is going to bring the dishes, maybe it’d be better to smile, be friendly and chatty rather than have a face like thunder and leave the table just as one of our party is in the middle of asking you a question. This happened twice.
It just doesn’t put us, the customers at ease. Two dishes of hogget were brought out but there were three of us eating it. When we asked where the third one was, they explained two dishes were to share between three of us. This didn't seem quite right to us.
I never felt the presence of a manager who was taking care of us and was steering the ship as such. A strong character with effortless charm like the brilliant Kamilla Plonska of the French or Fernando Marques of Tast. I believe they had a manager, Anthony Barnes but he seems to have left.
At one point I asked if it were possible to speed up the pace a little as it seemed an age between each course and was told that essentially this pace could not and would not be changed. That he could ask the kitchen but ‘it wouldn’t really make any difference’. Really? Is all this for the benefit of the kitchen or the paying customers?
Earlier on in the evening Mrs B politely asked them if it were possible to turn the music down a little because it was quite loud. She was told, “I’ll ask the chef!” Everything seemed to be for the benefit of keeping the chef happy and the customers were just an after thought.
I’d like to make a suggestion that if the restaurant wants to achieve Michelin star levels of service that perhaps they take extra training by a true experienced specialist. We were saying that they need someone along the lines of Didier Fertilati, (manager of the Quique Dacosta restaurant and the greatest FOH manager we‘ve had the pleasure of meeting), to observe and give them some pointers. 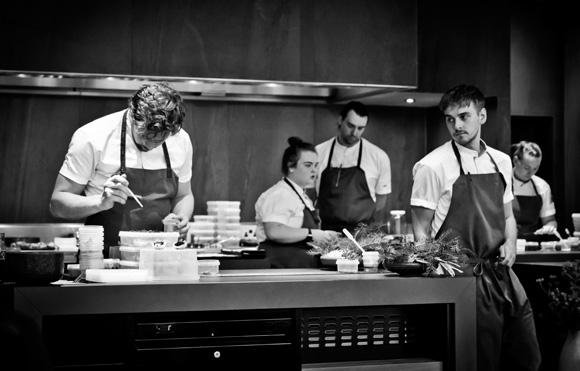 I’ve asked my dining partners their views on the evening too.
Dr Dawn is a GP. She’s also the most level headed person I know. She’s been with us on countless restaurant trips to here in the UK and Spain. On this occasion she wasn’t drinking much so her memory of events are likely to be even clearer than mine.
What were your impressions of Mana and the whole night?
Let's start on the happier part, the food. Some of my dishes were great (not amazing), the oyster, the eel, the starter snacks. My main (none meat) was disappointing as it had no real flavour.
How was the service? Possibly the worst  service I have ever had at any level of dining. I was made to feel uncomfortable,  and there was an awkward atmosphere. I suspect  this may have started at 'winegate' but at this level of dining you must be able to say when a wine is not suitable. Some wine advice should have been  given at the start. This was  a very expensive meal for a none Michelin restaurant and at this price the service should have been at top level.
Would you return?
I would not return and would not recommend it. If  an inspector gets a similar experience I would not expect it to get a star, there was a 'we are too cool to be trying to serve you' attitude and the chef rules everything. The chef was obviously not that keen on bringing us any food and  had a pained  expression of ' I have to do this' and there was no communication. Plus 'hogget gate', were they trying to  recoup the wine money? There was no info given.

What would you score it?
6/10 for food, 3/10 service.  3 points for the young girl bringing out the food and the nice man with the beard and the wine man.

As we left, Dawn said "I don't think the chef liked us."
Can you imagine that as a paying customer that this is even a fleeting thought you have when leaving a restaurant you’ve just paid a lot of money for? If you’re in a bad mood and in the service industry, you would probably need to be able to cover it up I’d imagine. Or does it not matter as you’re fully booked for months anyway? 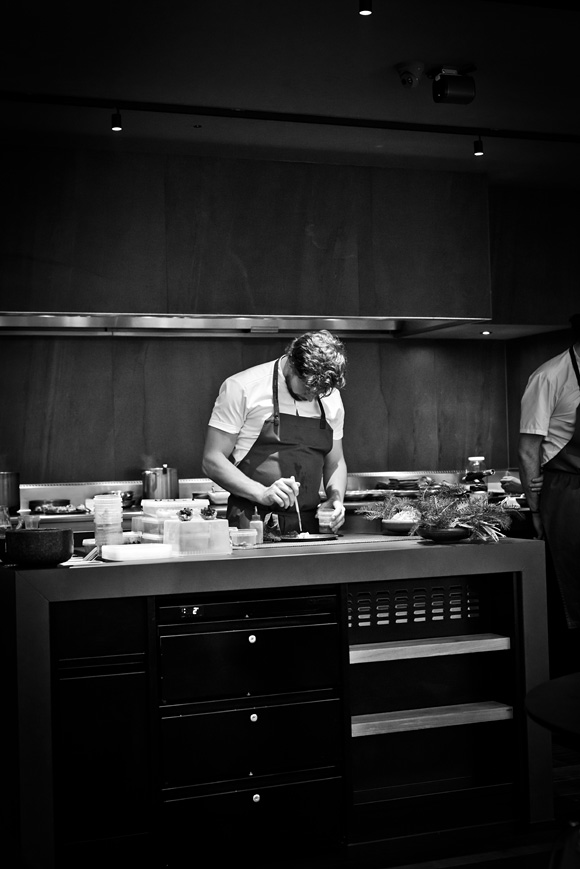 Ms Arroz, a pharmacist, has also been on all of our restaurant based trips. Again I've asked her for her feedback.
What were your impressions of Mana and the whole night? It felt very modern in layout. There wasn’t much room for waiting, staff were Ok until the wine incident, I think this was the start of the surly service. Overall it was a great night out with friends. The food was good but not that memorable except the eel. The atmosphere was blighted by the house staff and ‘the hogget incident.‘
How was the service? As above. The front of house made too many excuses not to deal with our requests and questions. I thought it was interesting that the sommelier is leaving after only a few months. I thought the chef could have made more of an effort.. And the Hogget thing? Maybe that was payback for wasted wine....
How was the food? It felt it was trying for a Michelin, some dishes shone. I was expecting the food to be challenging but it wasn't, it was not the NOMA type food I was expecting.
Would you return? Only if another friend wanted to.
What would you score it? 6
Will it get a Michelin star do you think? They might if the inspectors went on a good night. 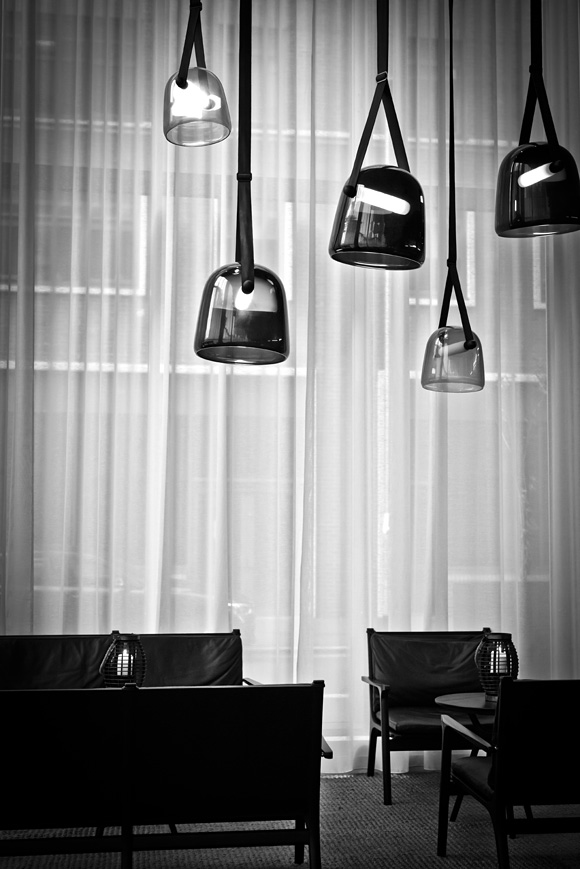 Pinned to his twitter page chef Simon Martin has this quote:“I’m a firm believer that the most important thing in my role is making sure every single person who walks through our door is blown away by the time they leave..”
This is a wonderful sentiment and aim but I’m really sorry but we weren’t blown away. The food was good but the bottom line is that we didn’t feel welcome and that ethos comes from the top. I can’t recall ever having such an experience in a restaurant at this level. We were sadly, hugely disappointed and nobody is more sorry than me especially as we’ve paid a not unsubstantial amount of money for the pleasure. Mana didn't feel to me like a happy place to work or to dine as a customer.
Simon Martin is clearly a talented chef but food is only a part of the experience.
I really wanted to love it but they desperately need an experienced manager who has had worked at the highest level and is able to put customers at ease. I might add that I think that we’re very easy going customers.
Despite our experience, I still hope they get a star in the new guide as they’re clearly aiming for one and the food probably deserves it. It will be wonderful for Manchester. But if a star is partly based on service as well as food (I believe it’s for food alone Michelin say) then they may be as bitterly disappointed as we were.
Food: 7/10
Service 4/10.
Mrs Bacon's Score.
Food: 7/10
Service 3/10.


Follow @Bacononthebeech
Posted by Bacon on the Beech at 19:05