As you may have guessed, I don't get much chance to blog any more let alone eat out, due to work shooting food in restaurants for my clients. The last thing I want to do with my free time is go and photograph food for blogging after spending a long week shooting and processing thousands of images. It's quite a lot of hard work. However I just have to write about Bar FM in Granada as it was so good. 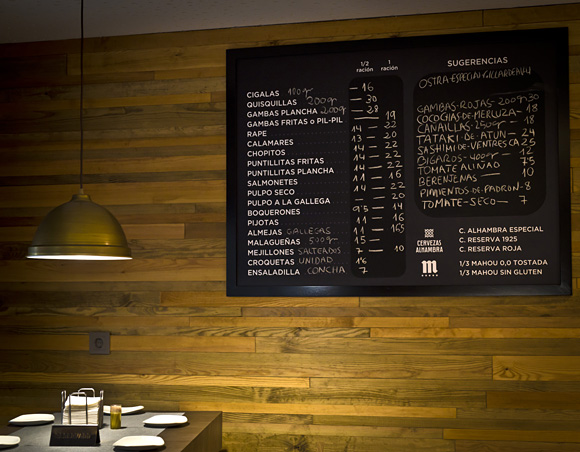 Maybe I was also influenced by the moment, it was the first night of our Spanish trip and we met up with our good friends Debbie and Mark who have only gone off to live our dream to exit awful post Brexit Britain and settle in an Andalucian village nearby. So we were already in very good spirits after meeting up but it seemed to me like the food here is absolutely sensational. I'll explain why.
But first we begin with some prawns both 'red' (Roja, €31.50) and 'white' (quisquillas, smaller, €30). 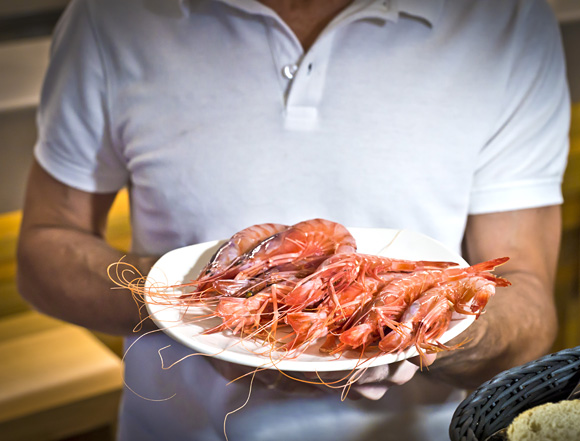 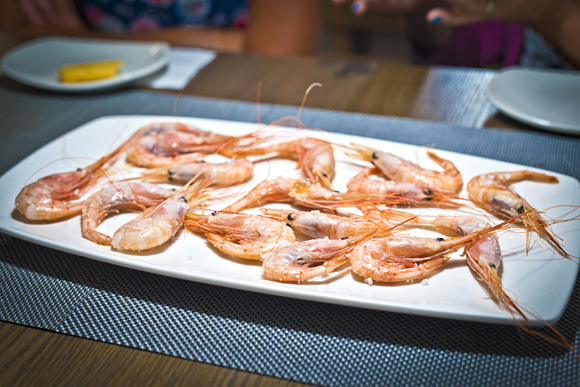 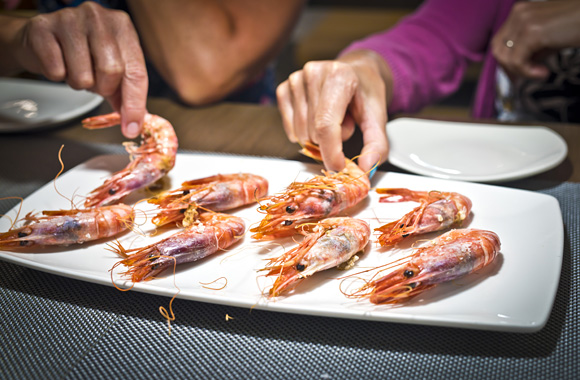 Pulpo Seco. (€22).Dried octopus, a speciality of the house. 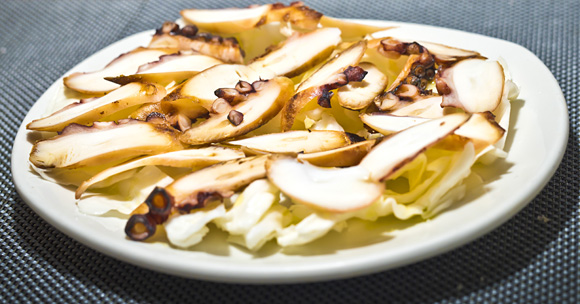 Puntillitias & Chopitos. (Baby squid, €14). The very best examples we've ever eaten and we order these a lot. Sampled closely together, you could tell the differences between them both. The olive oil they are using is also beautiful. 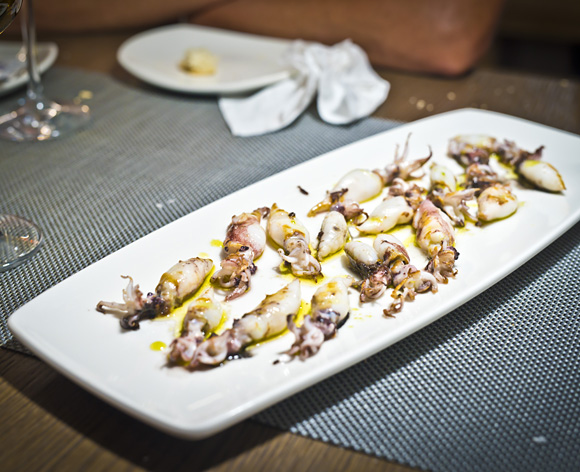 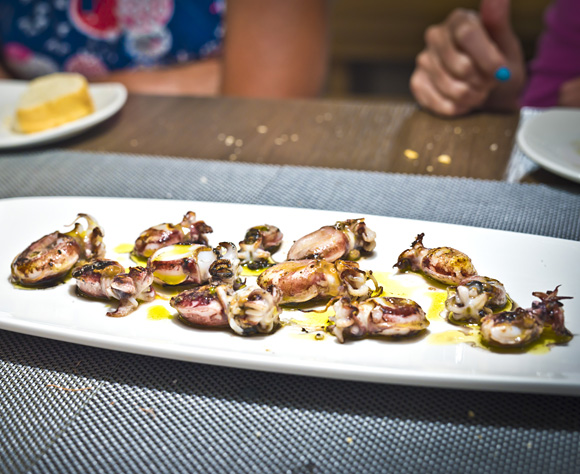 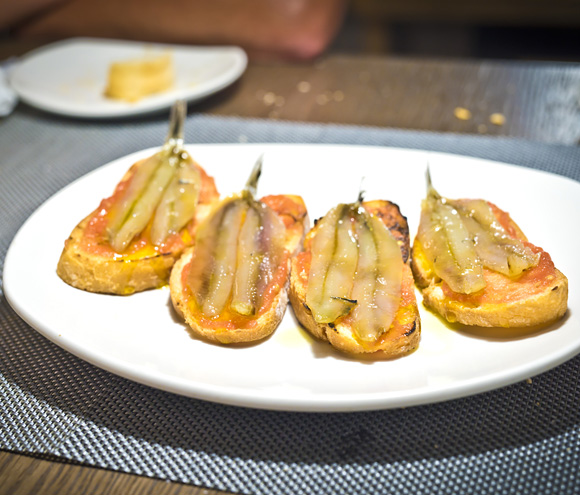 Cocochas (€18). Different from the hake throat we've eaten before, especially in Basque country. These are less gelatinous and more fish like with a delicate texture. Again the best version of the dish we've had. 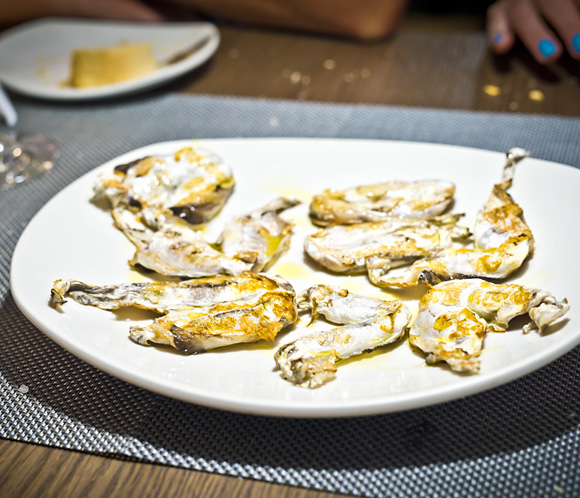 Tuna Tataki (€24) and Sashimi de Ventesca. Tuna Belly (€25). Eaten closely together again, these were superb, actually better than we've had at some favourite places (El Campero for example). The tuna belly was unbelievable. 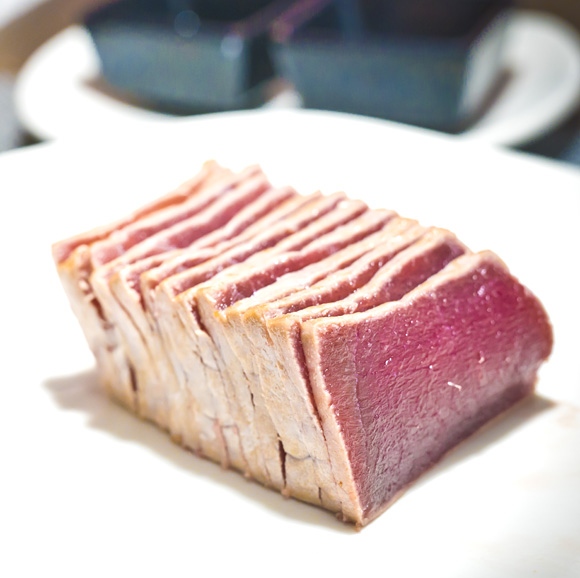 Our friends had not tried either dish before and were suitably impressed.....Pulpo Gallega (€20). 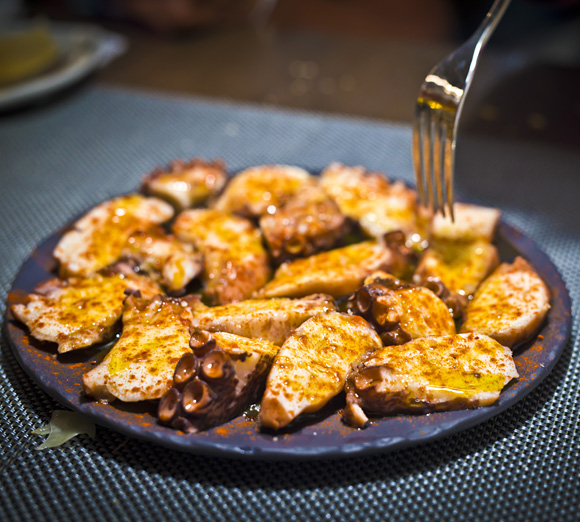 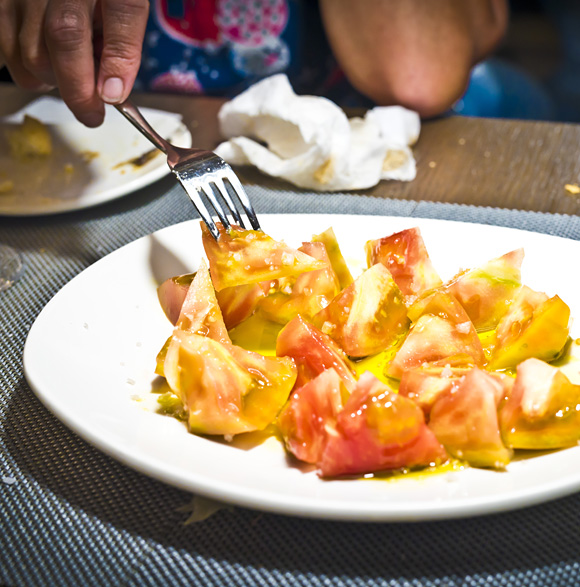 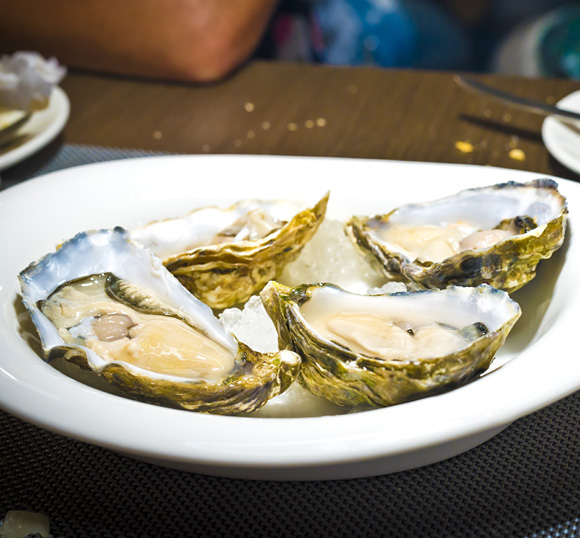 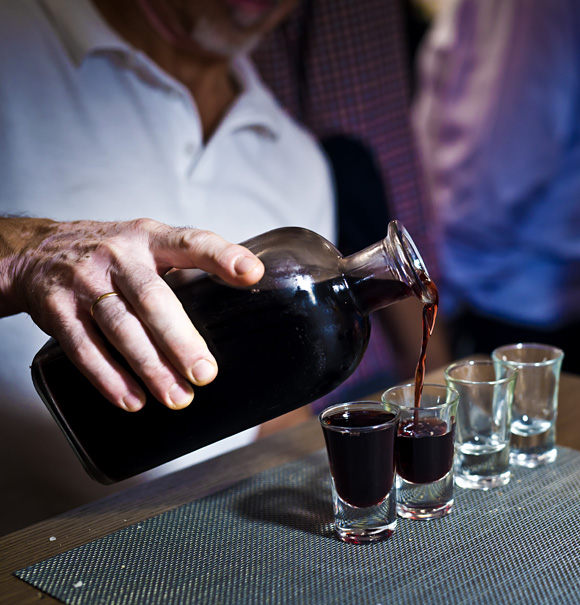 A note on the prices, (much criticised on TA). It's not cheap but the very best rarely is, and if you think more of this as a taster menu for four over typical standard tapas prices, it's reasonable. For the main part we order half portion raciones so we could eat more.
As times have gone on, our tastes have changed. We seem to much prefer restaurants like this, serving simple but such high quality product over the overly fussy Michelin star style (with a few notable exceptions). The seafood is sourced from the best suppliers in Catalonia, Galicia and nearby Motril. The service was excellent and friendly too. 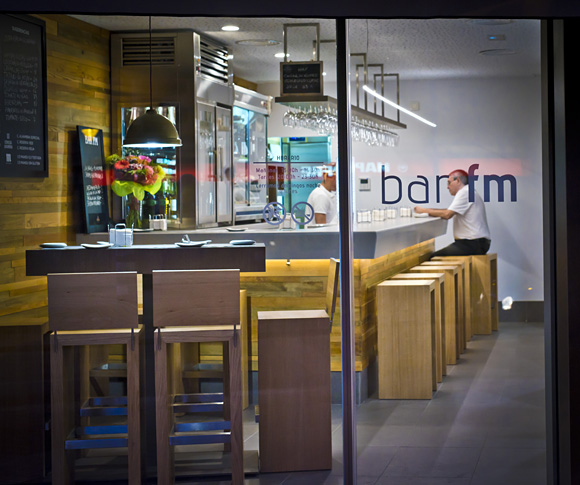 Bar FM is an exquisite restaurant serving the best product available. (It's been recently smartly refurbished). On first look it appears to be another one of these gastro bars that have become popular in Spain. But it is so much better than that. Rarely have I eaten seafood this fresh. The quality of the product is so high and so simply, sensitively and accurately treated.
You can imagine similar quality at the likes of Etxebarri, Ibai or Sacha. Yes, Bar FM is as good as those places in my humble opinion. You must eat here.


I booked via twitter but if you turn up as they open at 8pm (or 1 for lunch) you'll most likely get a table as Spanish people never turn up early.


Follow @Bacononthebeech
Posted by Bacon on the Beech at 18:42