Whilst more fame hungry chefs may grab the limelight, Chef Gareth Ward and his young team are quietly working away creating some of the best food in Britain right now.
It's a long drive to Ynyshir, at least from Manchester. The roads are narrow and winding. Better to stay over and not go there and back in a day like I did. The weather changed several times on my long journey, from dreadful to bloody awful. As I arrived the sun peeped out from behind the clouds. 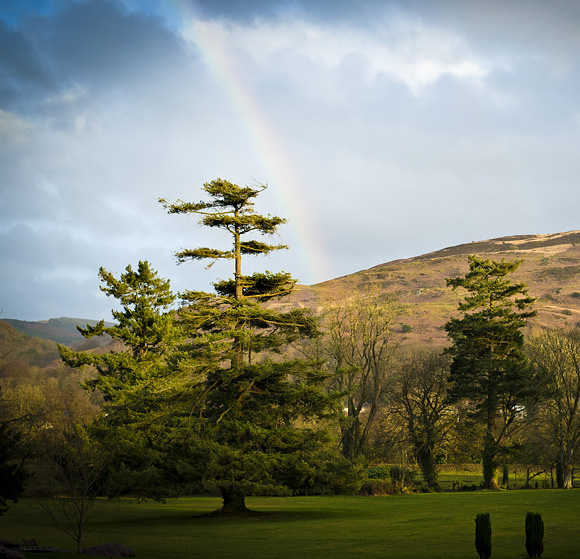 I'm there to shoot the new bar area and restaurant, the chefs in action and maybe some of the deceptively simple yet brilliant food. But first breakfast. On many shoots, I turn up, photograph food all day and then go home, some days I don't eat anything. I'm so obsessive in my quest for good shots I often don't feel hungry. If it's a long shoot, I've taken to getting an Egg McMuffin on the way for fuel (a none guilty pleasure). One of the best full English breakfasts I've ever had is generously made for me especially. I eat it whilst working, my god those sausages are good!
The trick to shooting in a kitchen I think is to keep shooting. Most of your shots will be garbage, but you can select the better images later. Luckily, there are quite a few to choose from. Well luck really isn't much of a part of it, it's hard work, putting in the time and being vigilant. Hopefully this hard work reflects in part, a fraction of the huge amount of graft chefs like Gareth and the team put in here. It's not a job it's a life. For me, this work ethic is to be hugely admired.
Below, the team tasting a new dish in development. 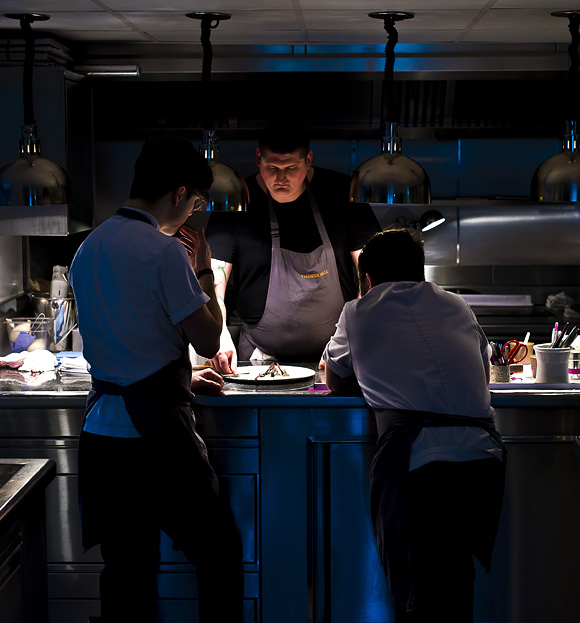 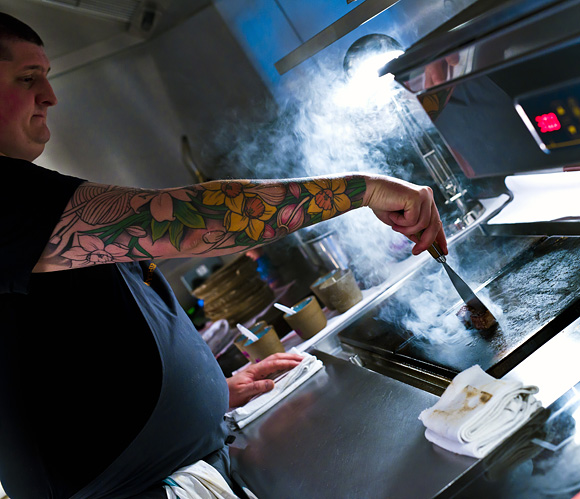 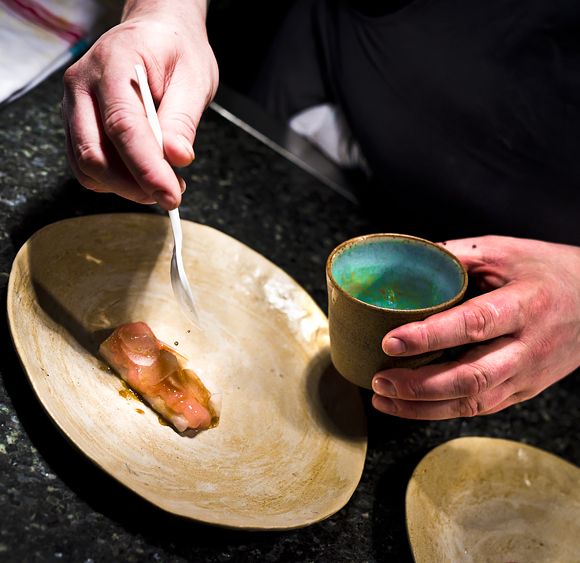 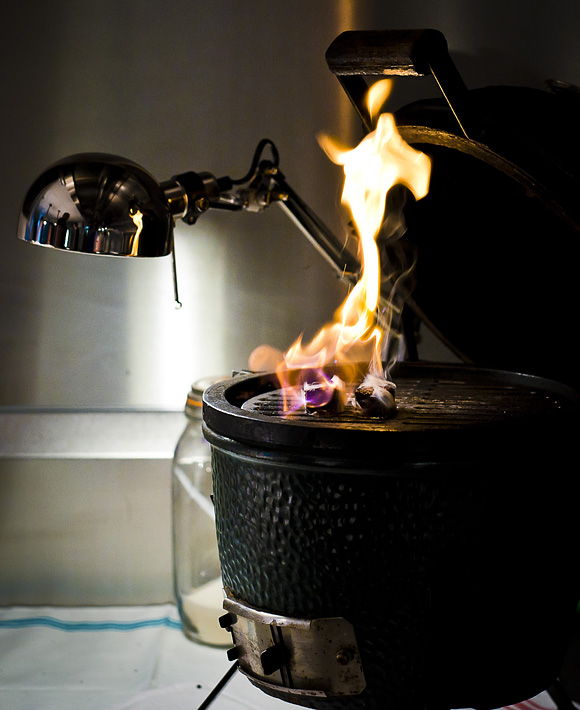 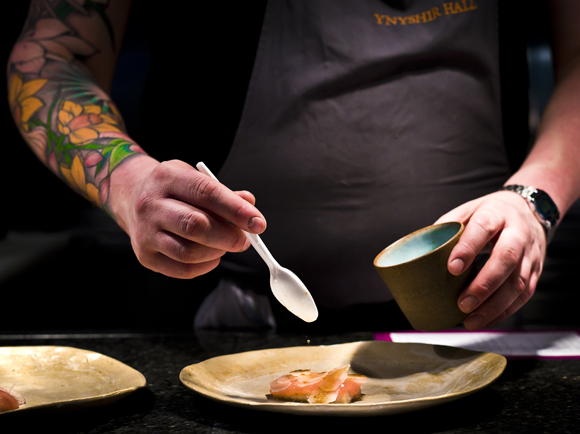 Gareth sums up his own style succinctly, "It’s not about producing pretty food, it’s about producing food that smashes you in the face with flavour". I can confirm that! After shooting the amazing Welsh Wagyu, Gareth says, "you might as well eat that". I pop it in my mouth and the flavour explodes, with deep meaty intensity. Give me this any day over a big pile of herbs that the chef has foraged. Who wants to eat that? Not me I'm afraid and I don't care if he's foraged it either. I'm just looking for flavour as it is here. Here there are rarely more than three or four ingredients on a plate. Simplicity is usually best isn't it? 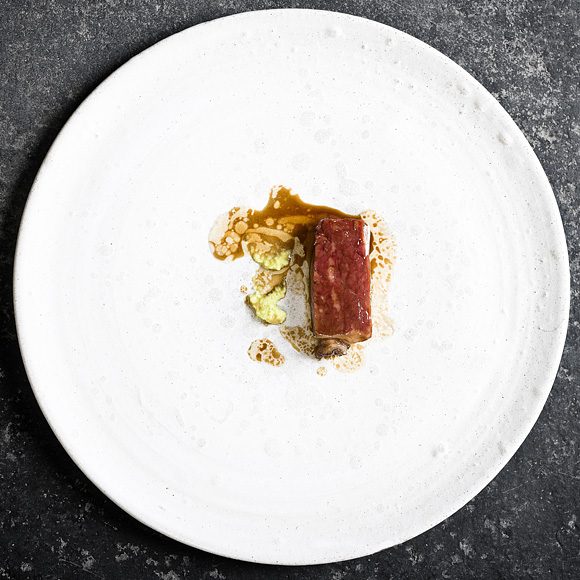 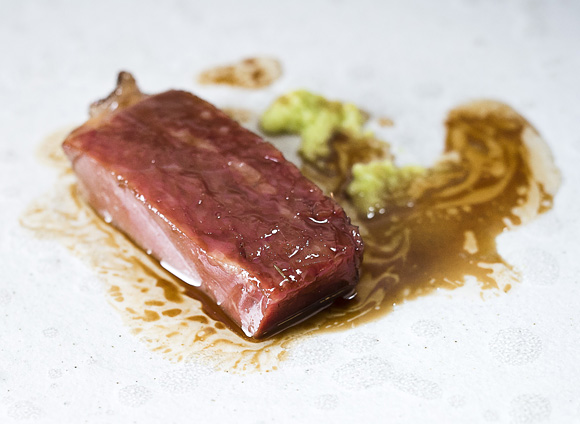 Later on I'm shown the secret cold room where all the big hunks of meat are maturing at different stages. It smells almost like blue cheese. There's a digital clock in the kitchen apparently showing the exact time of maturation. 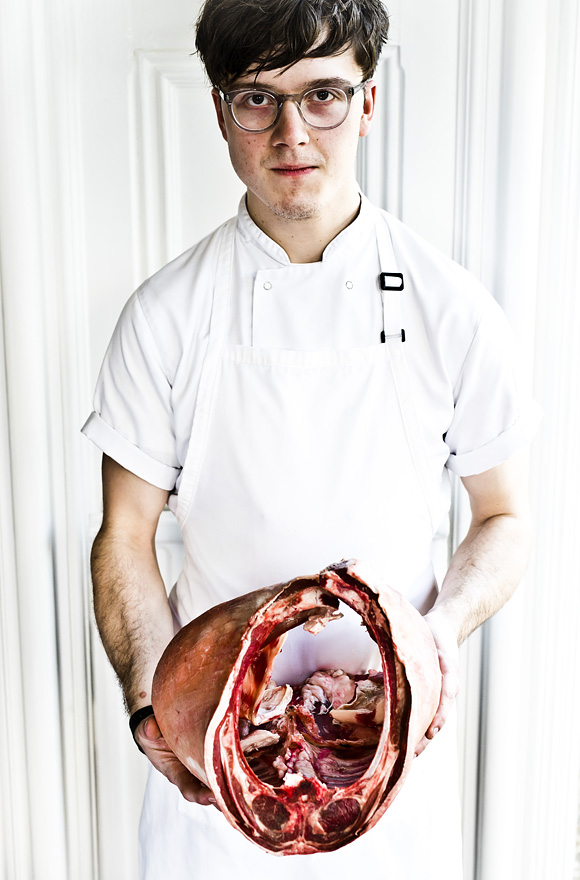 But first the new interior, a more modern approach that says less country house and more destination dining.  Below, the bar area, a room with a view. 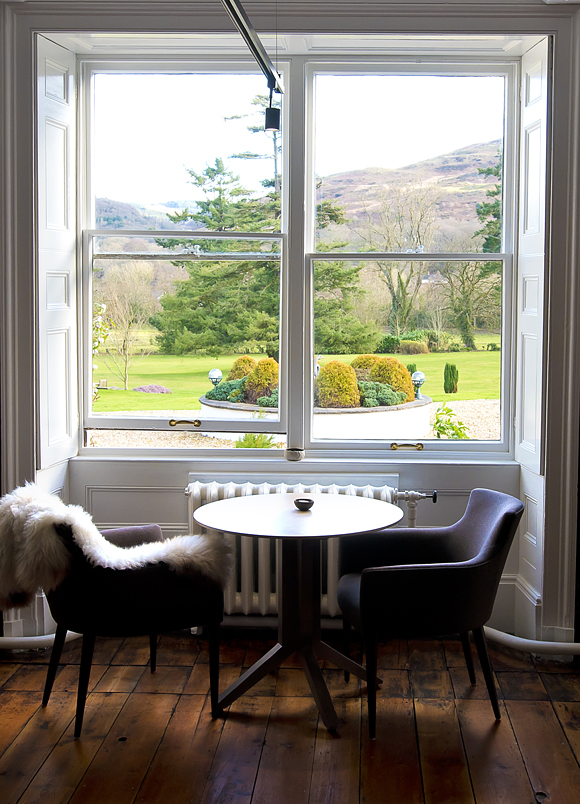 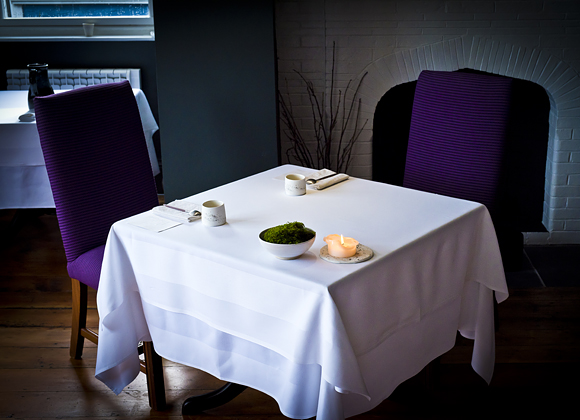 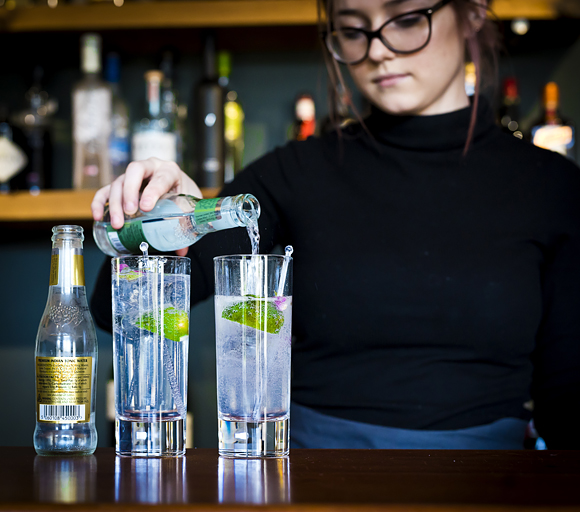 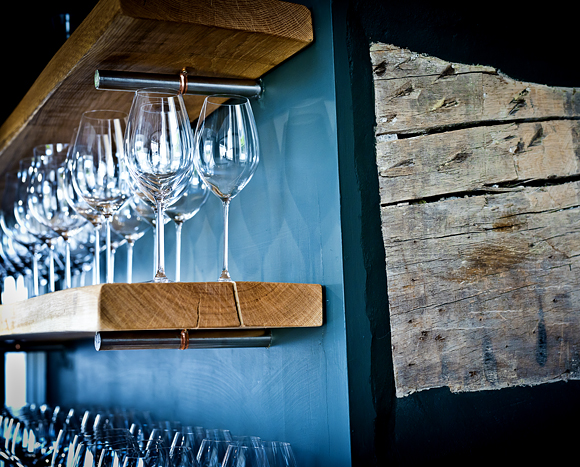 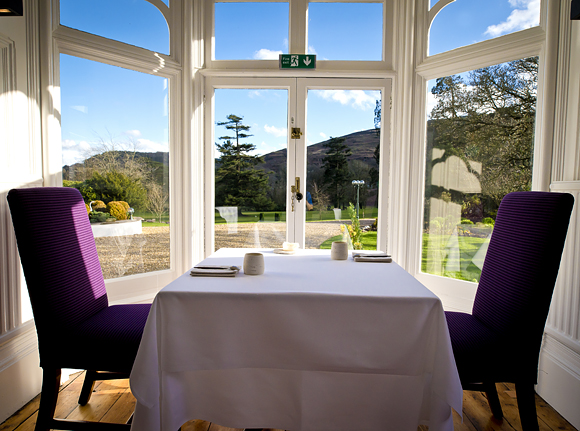 Gareth now has a share in the business with his partner Amelia.  He wants to make Ynyshir the first two star in Wales. I think he's well on his way. I can't think of many places I've been to in Britain with food I'd like to eat more. I continue shooting some more food ...The Welsh Wagyu Burger. 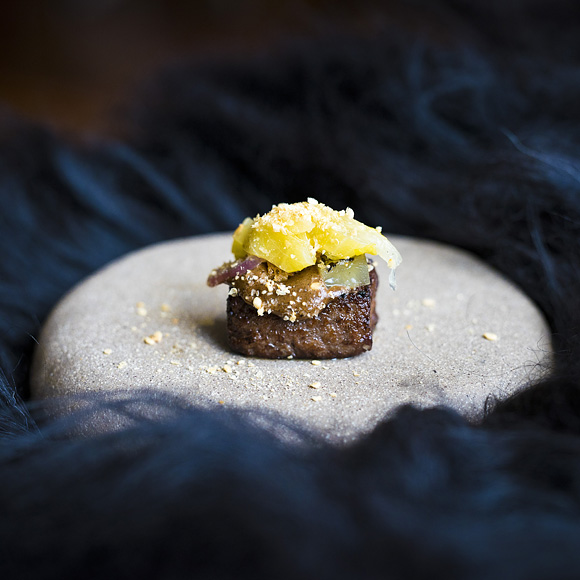 And more kitchen shots, sometimes black and white is the more striking way to go.... 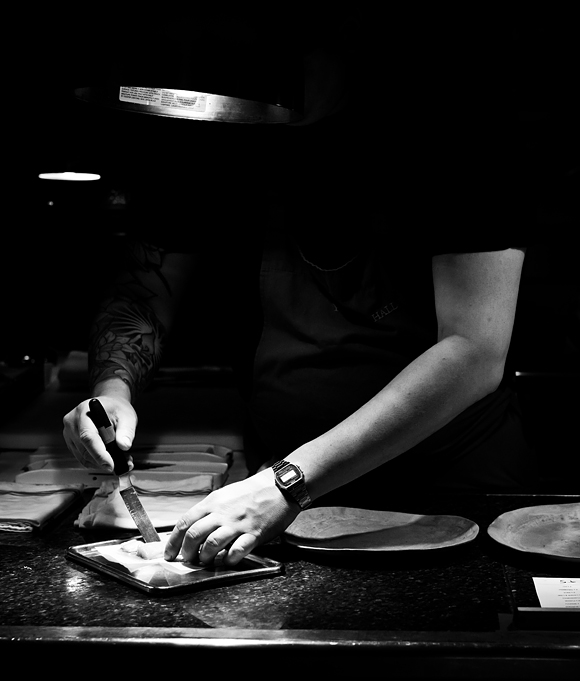 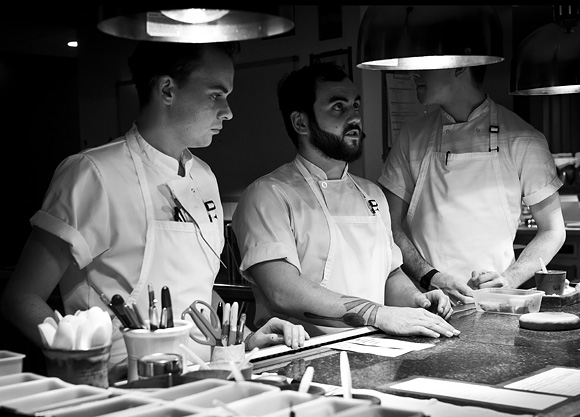 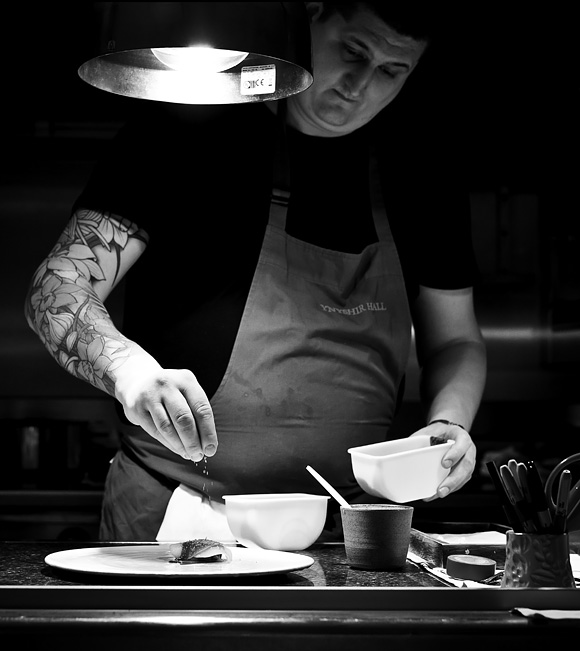 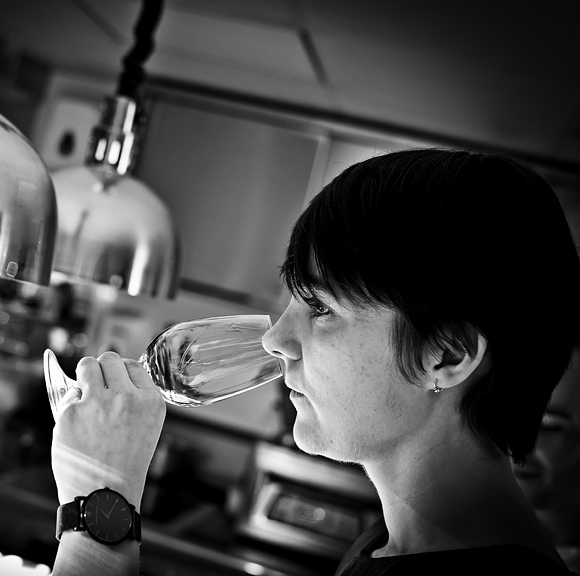 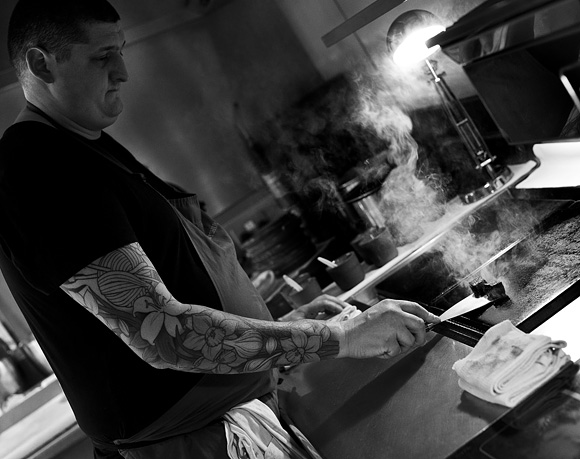 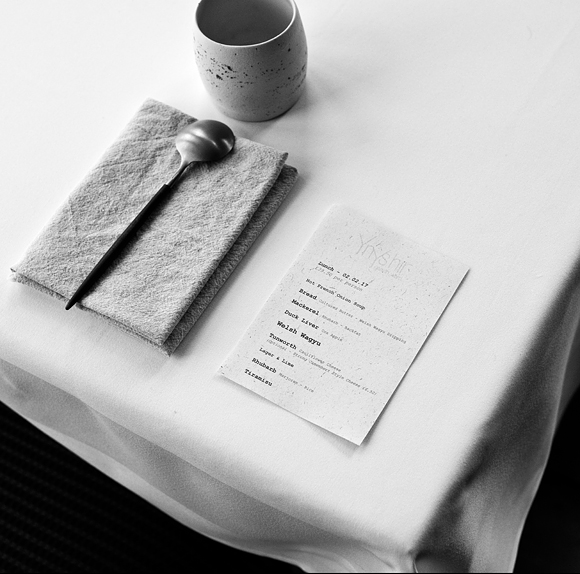 Finally the desserts including some theatre. Frozen eucalyptus & white chocolate petits fours created at the table using liquid nitrogen. This is not just for show, it creates another flavour bomb. Underneath; Tiramisu. 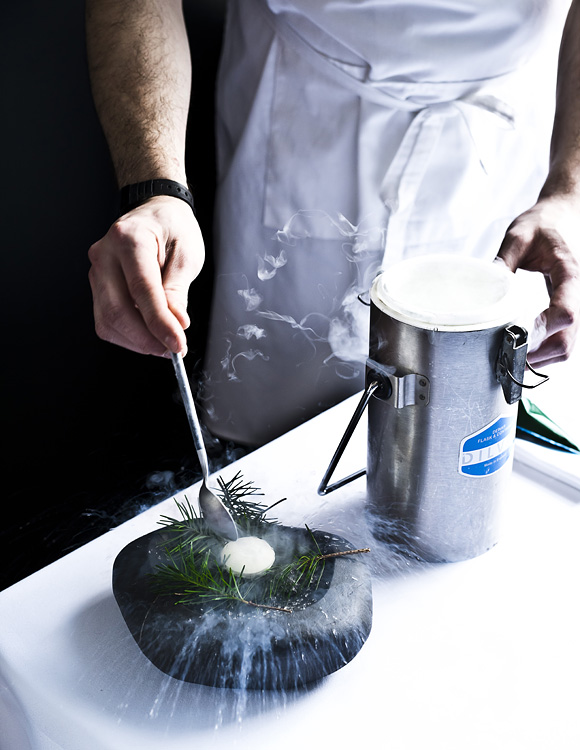 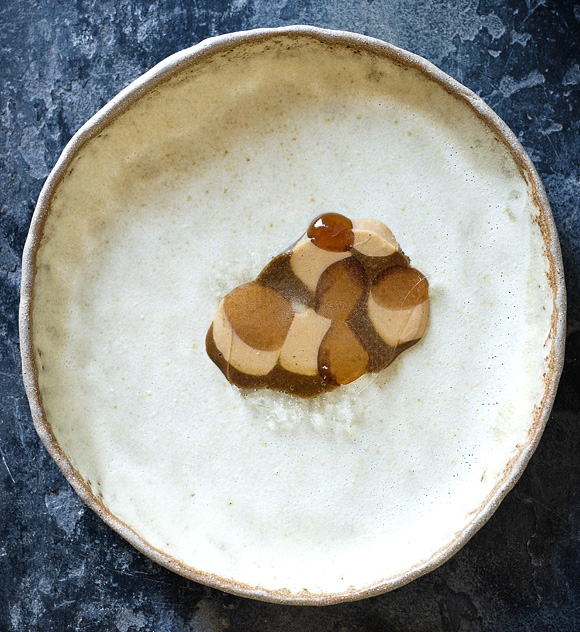 As dusk approaches, they light the candles in preparation for evening service and I stay a little longer to capture the blue evening shadows creep across the dining room. 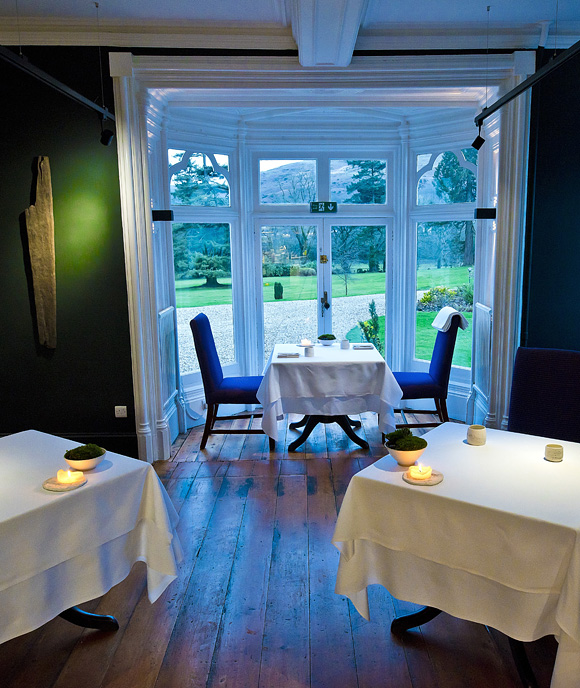 I often find it hard to leave, there's always one last shot but in the end I think I have enough. It's a long drive home in the dark but Gareth sends me on my way with a fantastic BLT!
It's a magical place Ynyshir, with rarely brilliant food. Gareth has created his own idiosyncratic unique style here with incredible levels of flavour and it's food that I very much like to eat for this reason. Hopefully I did this amazing place justice. 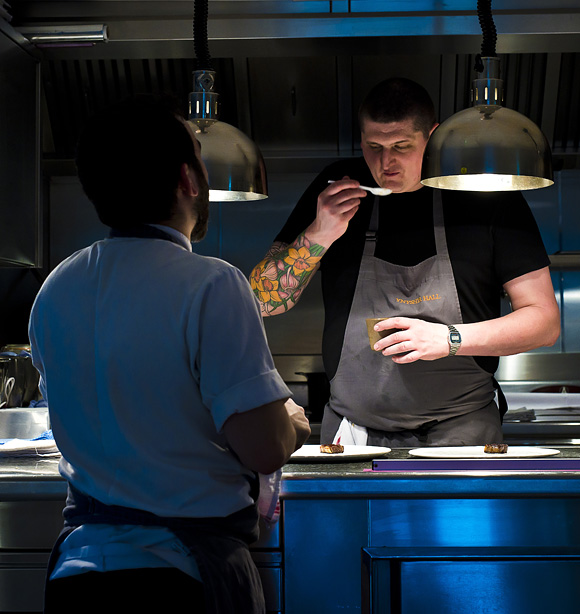 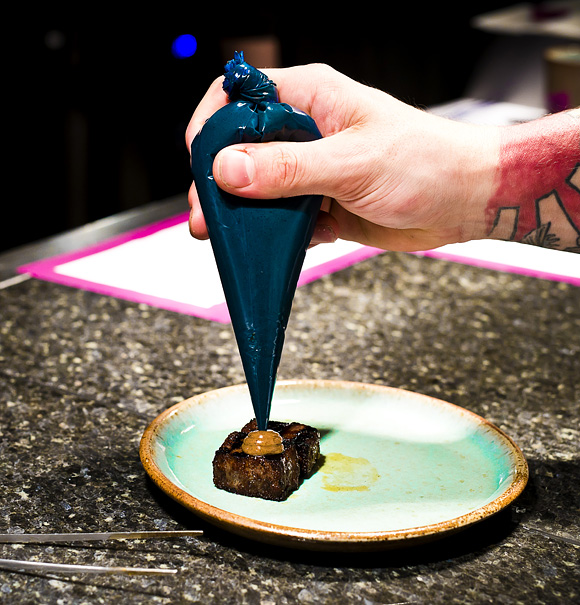 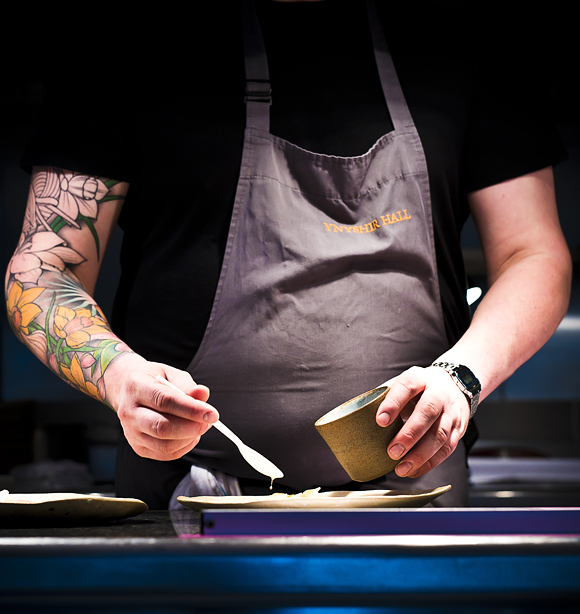 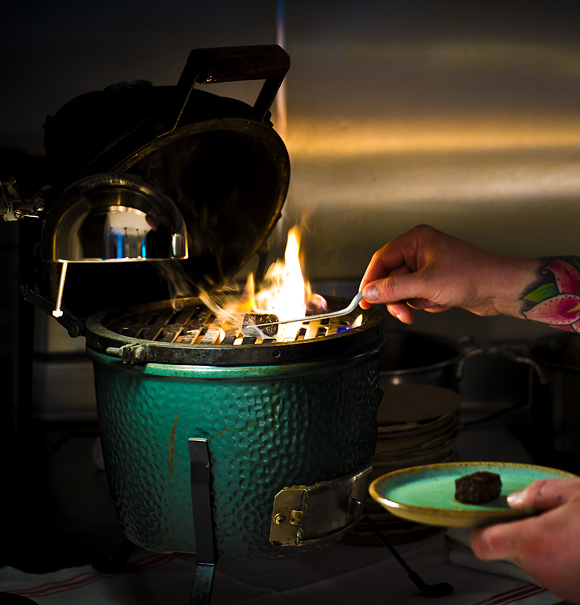 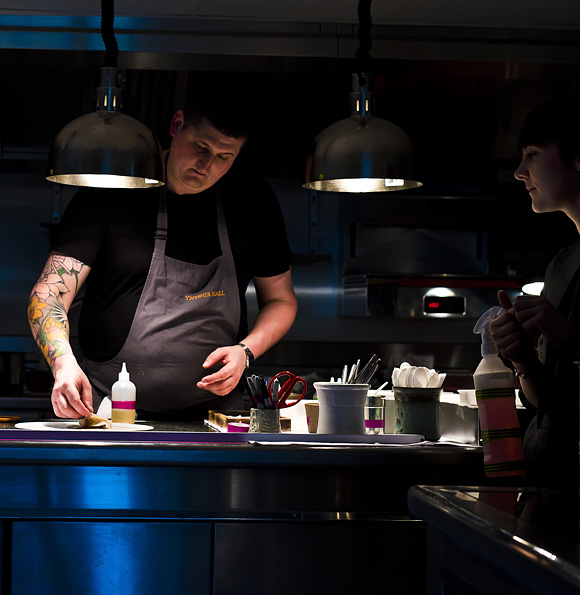 
Follow @Bacononthebeech
Posted by Bacon on the Beech at 19:09 No comments: