If you've read this website before, you may know that we're huge fans of chef David Muñoz, his high end restaurant DiverXo and more casual StreetXo, both in Madrid. In fact doing them both in one day still remains one of our restaurant mistakes in hindsight; we loved StreetXo so much we over ordered and couldn't manage the whole of the immense taster menu at DiverXo. Still a big regret. When we returned to Madrid this year, we made sure a revisit to StreetXo was at the top of the list.
This time we were properly prepared and ordered as much as we could eat, it was as good as we remembered it. So the much delayed opening of StreetXo in Mayfair was an absolute must and it nicely coincided with our trip to London. 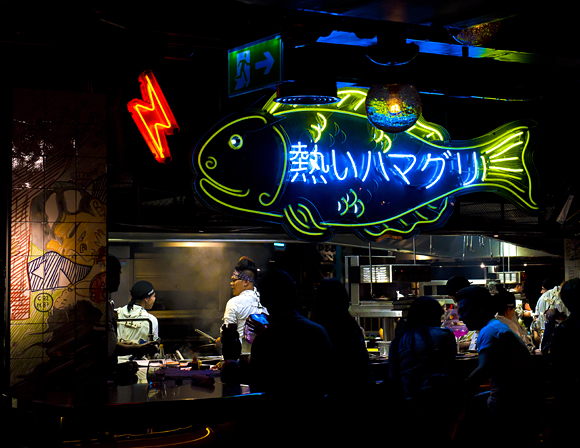 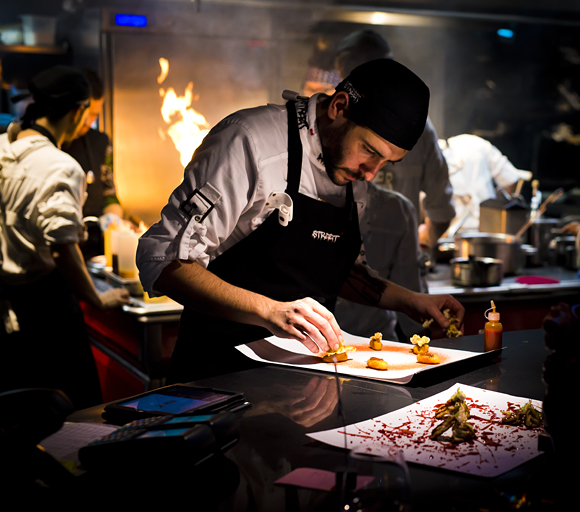 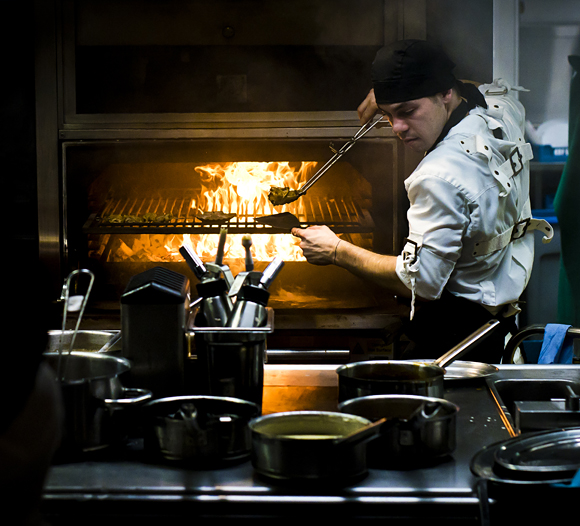 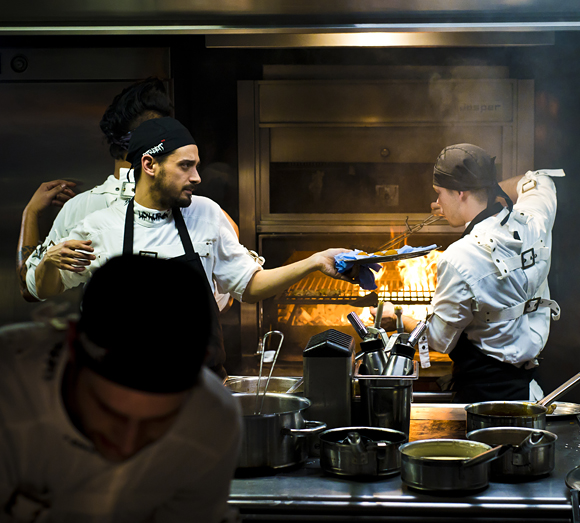 We are shown downstairs to the bar area, and a manic dark neon lit space with a long open kitchen. If there's only two of you I'd recommend a seat overlooking the kitchen. We get a table as there are six of us. Ordering drinks straight away, one of our friends gets a huge goldfish bowl cocktail whilst Mrs B's is in a medical heart shaped jug. Clearly they've turned up the madness to eleven. The staff are wearing straight jackets. The house music too is pretty loud and relentless. I'd say this version of StreetXo is more glamorous than the Madrid branch. We had told our friends what to expect and they were all happy to go with it. I think that's the key here to real enjoyment of the night here, (although it may not be to everyone's tastes if you're looking for a quiet romantic dinner). It's a real multi-sensory experience. Most importantly, if you remove everything else, the food is undisputedly brilliant.
As we were known to David and chef Jhonny who were both in that night overseeing and cooking, (both spending two days in London and commuting to and from Madrid) they suggested just sending food out so we'd get to try most of the menu like a taster menu which we happily accepted. Below chefs David (top) and Johnny (bottom right) who both remembered us from our previous visits. 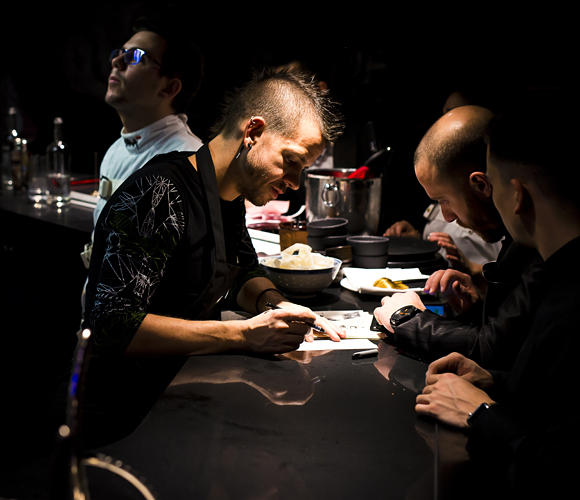 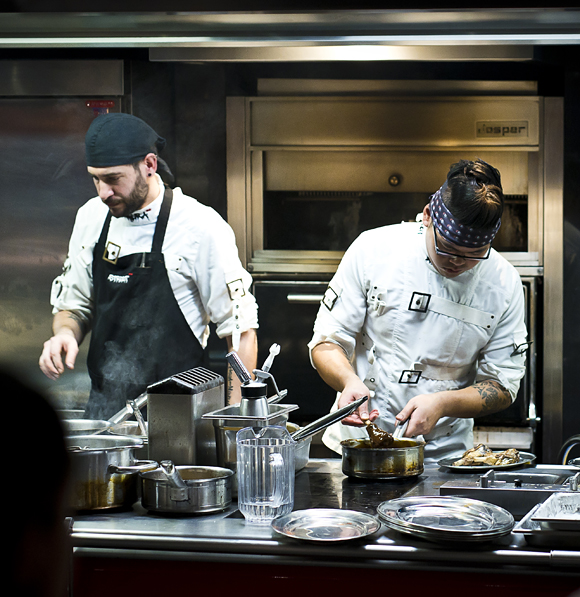 There is too much to go though in an epic night and it was too dark to take food photos but memorable highlights were the Carabinero Prawns (with I recall a shrimp cracker like Tortillita de Camarones on it), their 'paella', similar to Fideuà, their version of Cocido, the scallops and the squid. As ever there wasn't a dish we didn't love and the Albariño was in full flow, so memories do get hazy.  Below previously shot signature dishes of the steam club sandwich and Confit pig's ear, duck dumpling, strawberry hoisin. 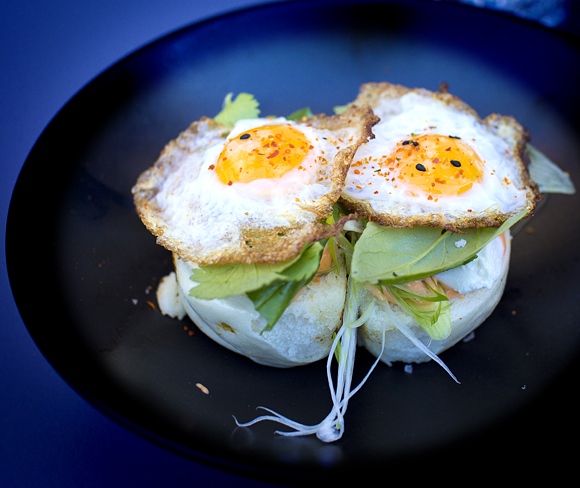 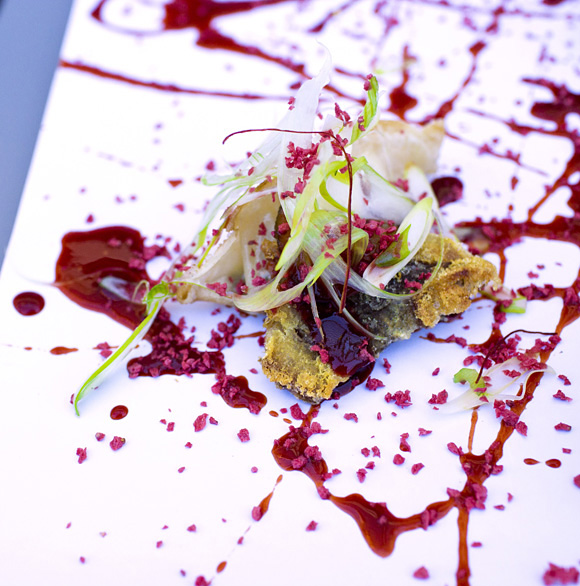 Our night at StreetXo worked perfectly for us, a party of six all prepared to go with the madness. In the right spirit, StreetXo is more than just a restaurant, it's really about the whole unforgettable experience. 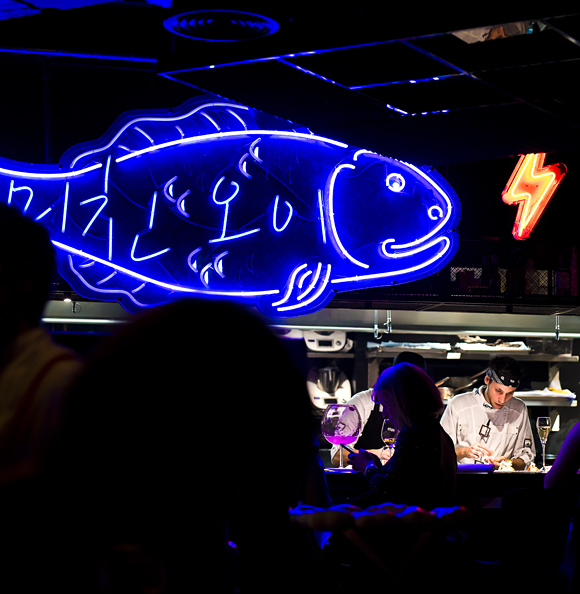 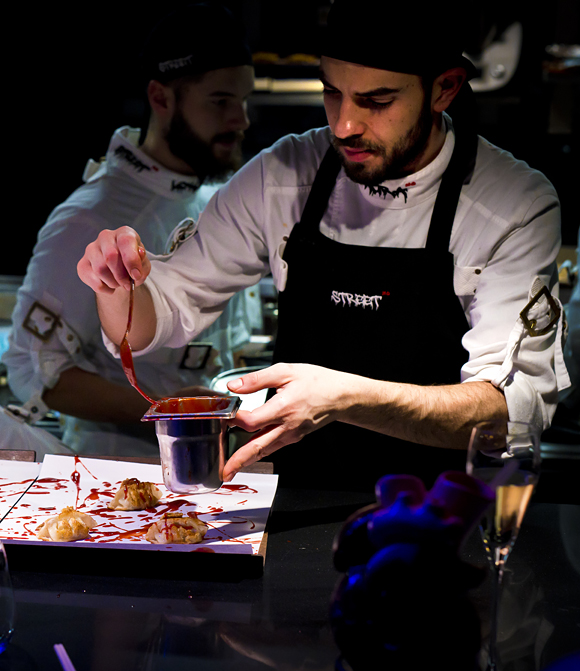 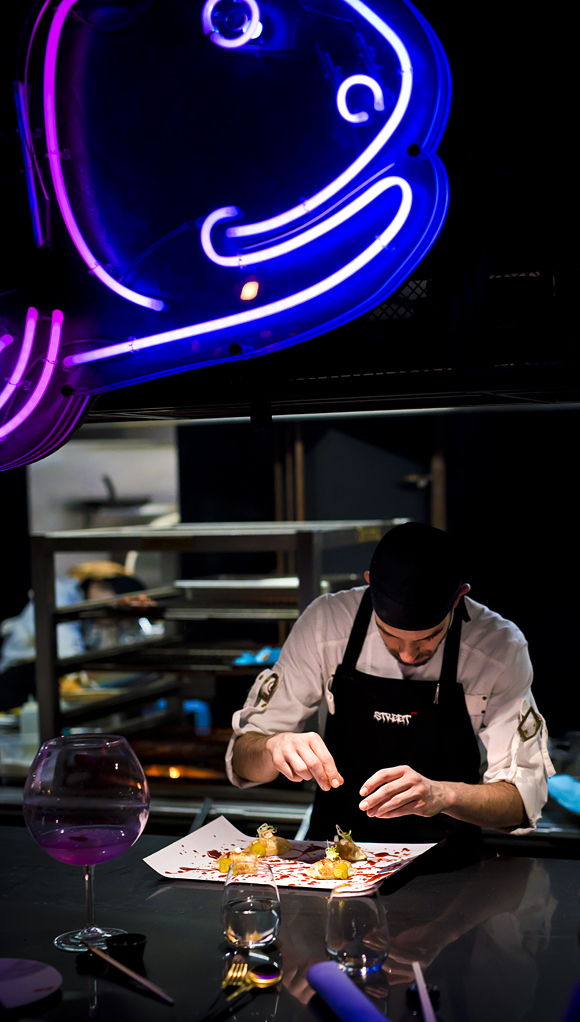 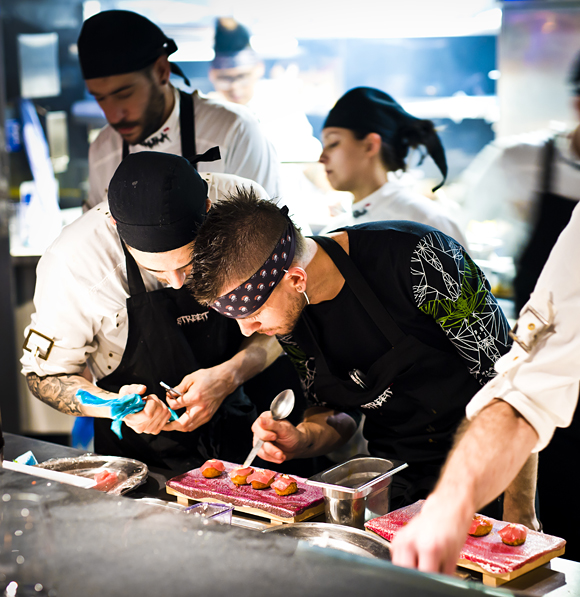 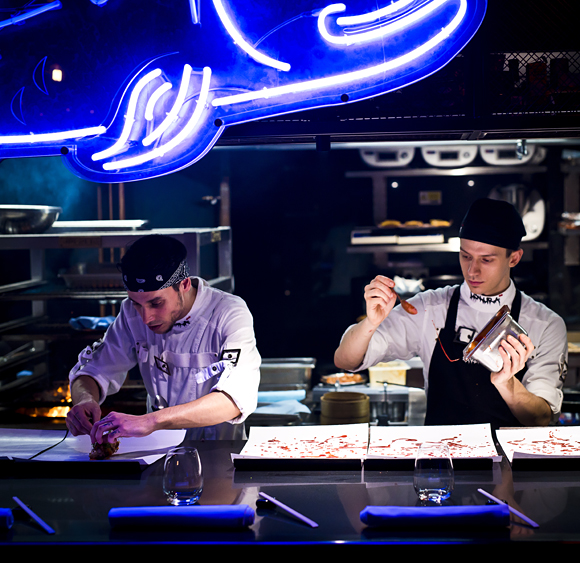 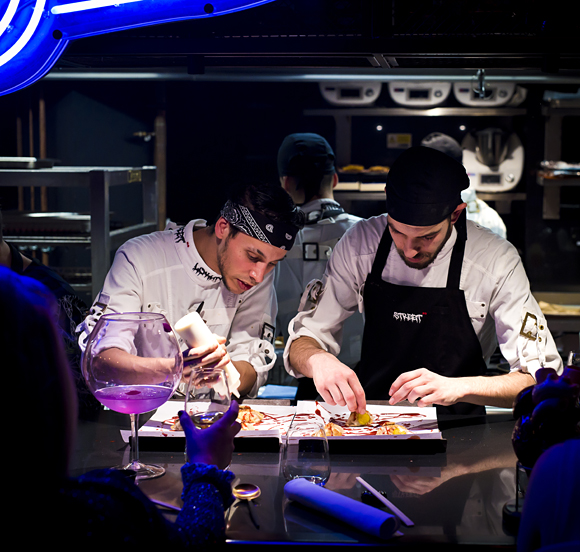 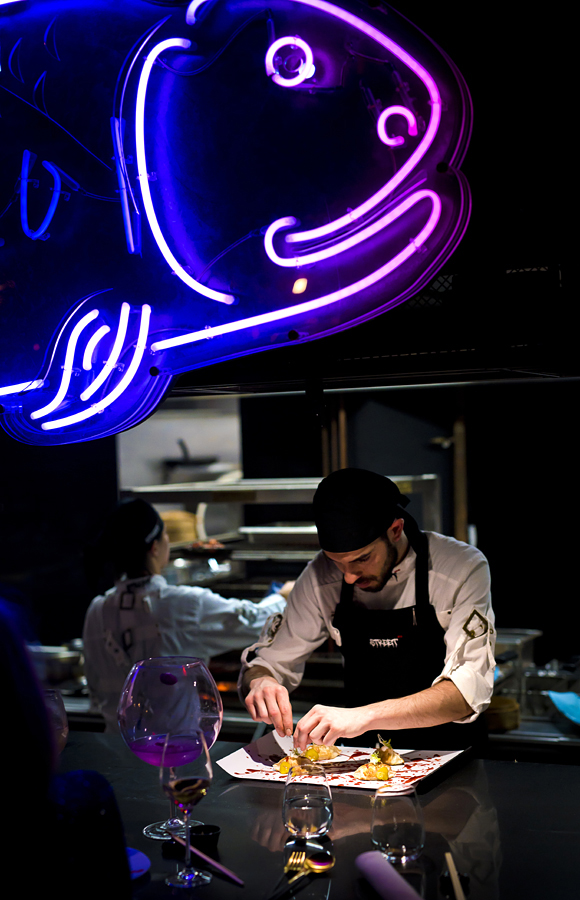 StreetXo cost us £109.20 each with a few dishes free to sample plus cocktails and wine
Photos larger on Flickr
Previous reviews.
StreetXo January 2016
DiverXo May 2014
StreetXo May 2014

Follow @Bacononthebeech
Posted by Bacon on the Beech at 18:51