The original idea behind Nacho & Friends was that we would ask chefs that we had met on our travels across Spain to cook for us here in Manchester. Although I had not actually yet eaten at Disfrutar in Barcelona or Compartir in Cadaqués I knew I would love their food. It was possible we had actually met Eduard Xatruch, Oriol Castro & Mateu Casañas before when dining at El Bulli in the Summer of 2004. They were the three head chefs there until it closed in 2011. I reminded Oriol and Mateu of some of the dishes from that year when photographing them both last night which of course they remembered. (Eduard was away travelling). One memorable dish we called "cheesy snow", a carton of cold white fluffy ice with the most intense cheese flavour, which was mind blowing. It certainly had that 'magic' which we'd never experienced before then. 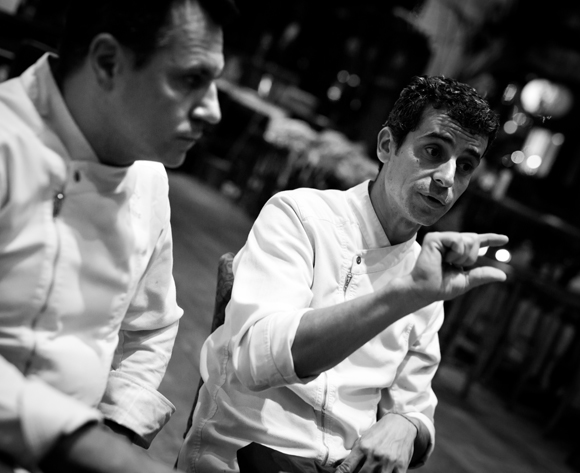 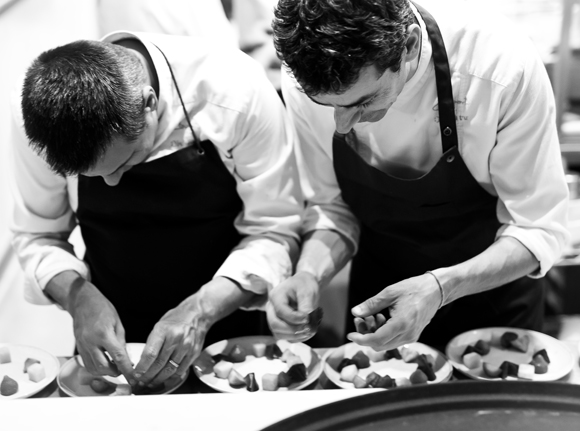 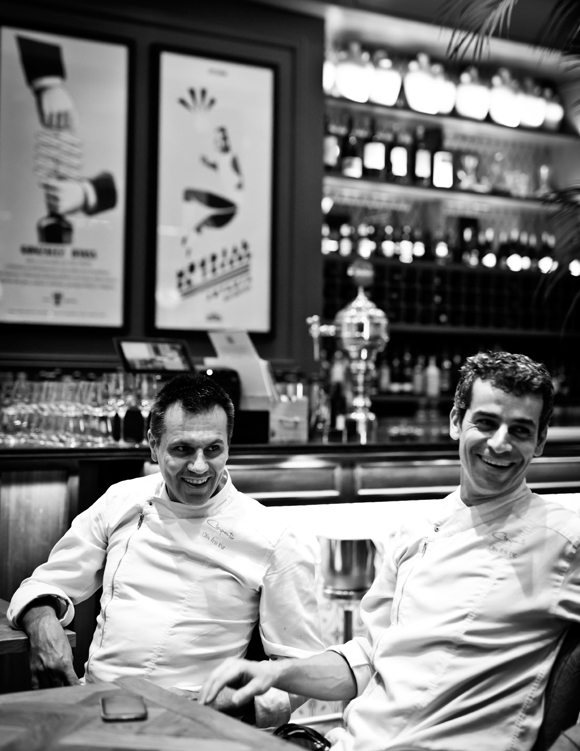 As with the previous two events, it would be difficult to imagine any other time when Manchester has ever seen finer food. These three chefs continue to work at the highest possible level, now carving their own style with Compartir, a focus on sharing and the newer Disfrutar which is on another more experimental avant-garde level. It really was a dream come true to welcome welcome them to our city. Again, they would share an exclusive menu with executive head chef of Ibérica, Nacho Manzano. 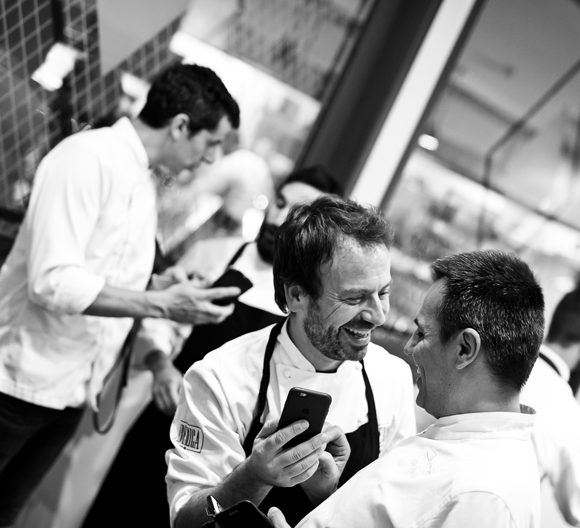 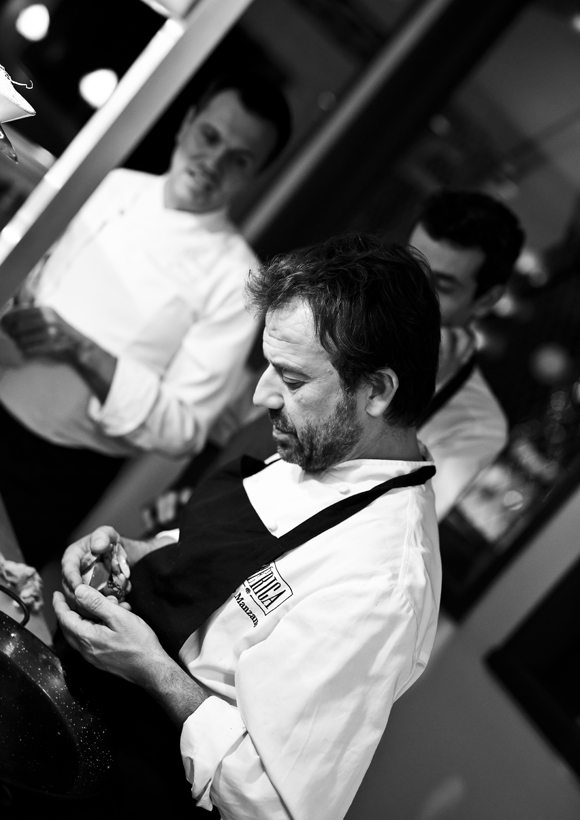 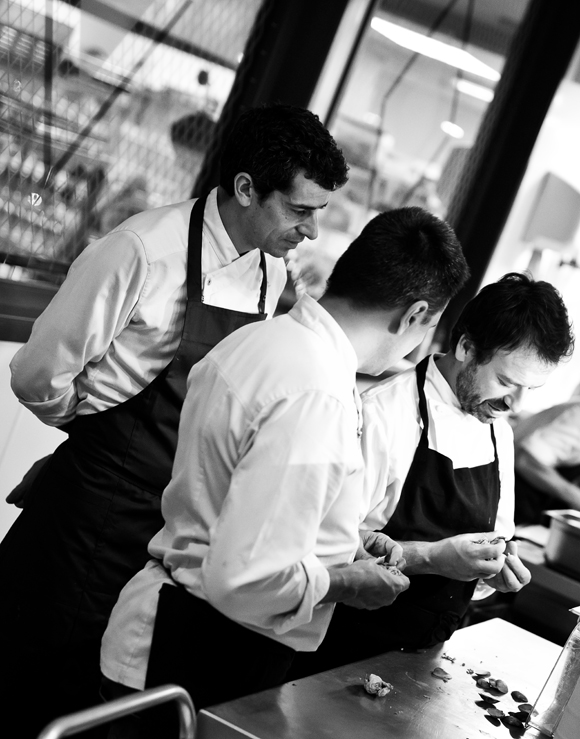 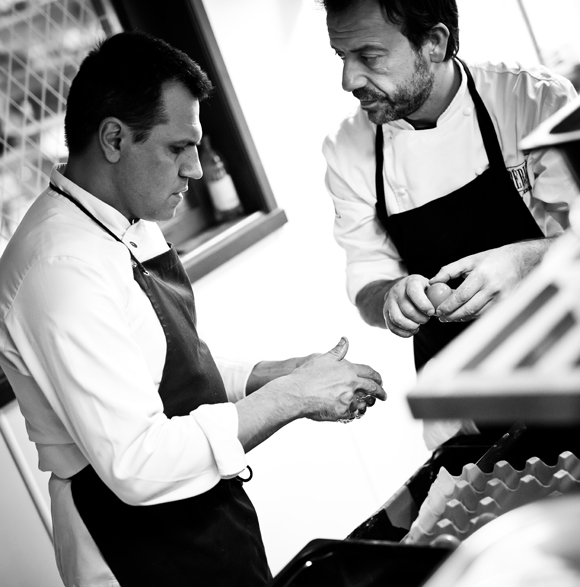 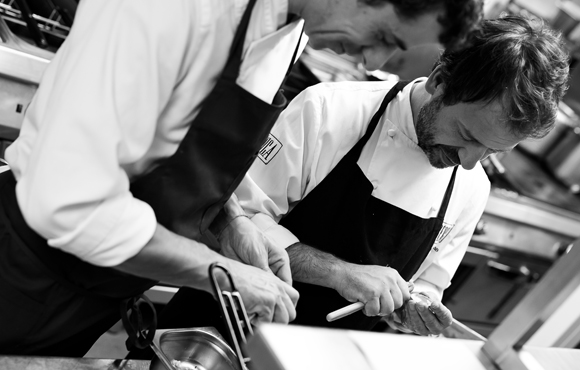 At one point there was a quiet buzz amongst the staff as apparently Manchester City Manager Pep Guardiola had turned up, clearly a man of impeccable taste.
It was way too dark to photograph food properly so I mainly photographed the kitchen in quiet action. The 8 course tasting menu was as follows...
Beetroot and fruit salad with ajo blanco sorbet. (From Compartir).
Natural Clams. Cold water, parsley juice, seaweed emulsion. (From Casa Marcial, Nacho Manzano).
Ibérico Red Tuna. (From Compartir). 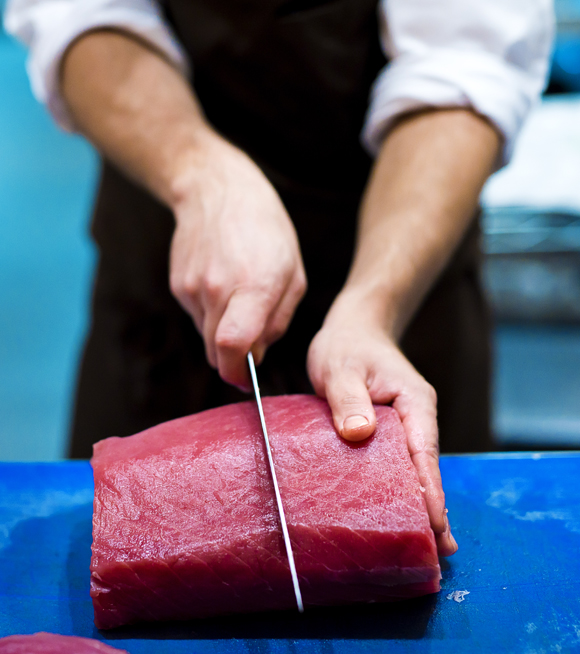 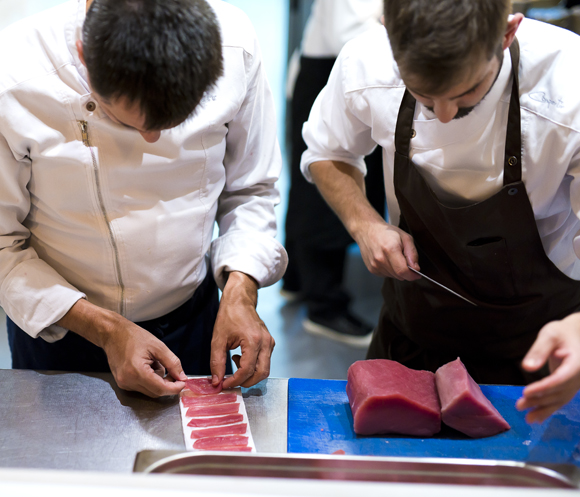 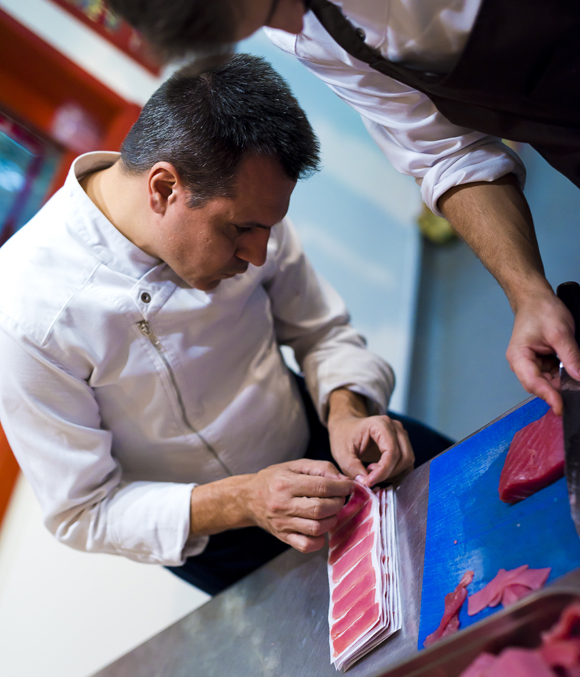 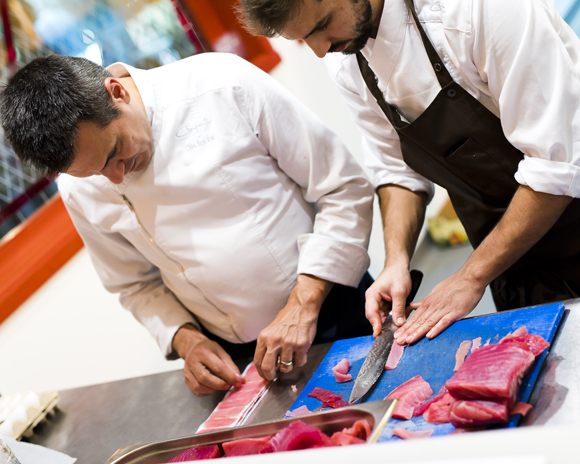 Tongue with lentils, mole sauce caramel coated onion, pickle jel & marshland herbs. (From Casa Marcial, Nacho Manzano).
Crispy egg yolk with mushrooms jelly. (From Disfrutar, Barcelona). Hard to choose a favourite of the night but this dish is what it's all about for me. 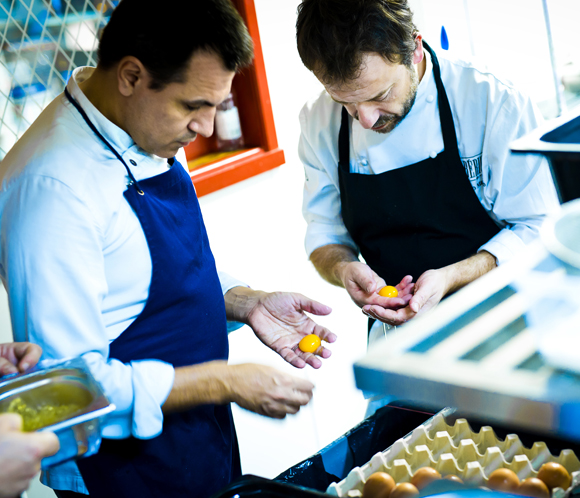 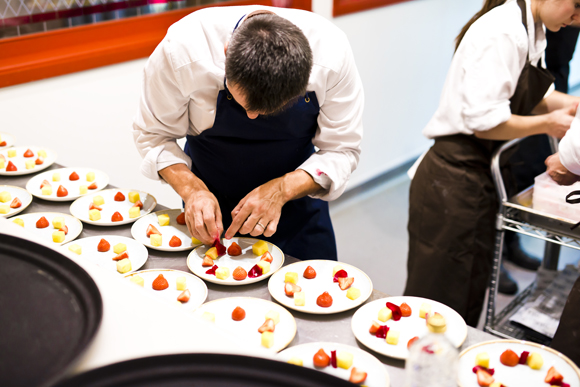 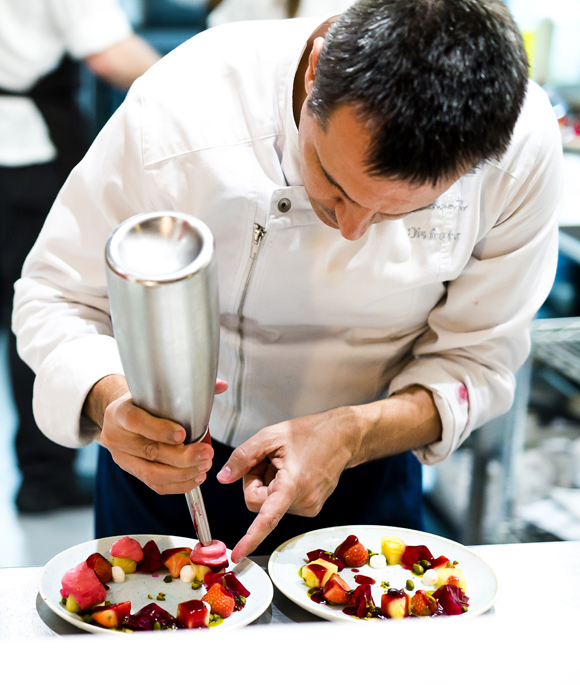 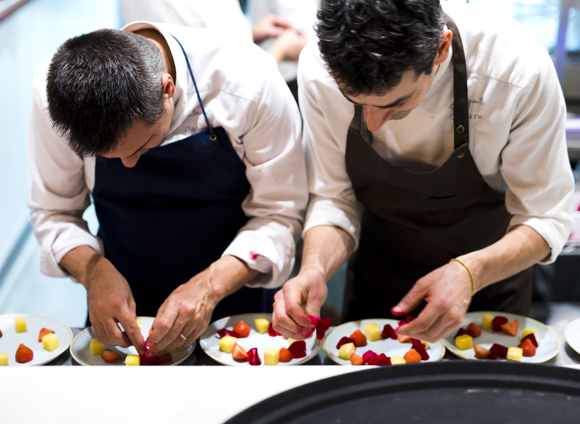 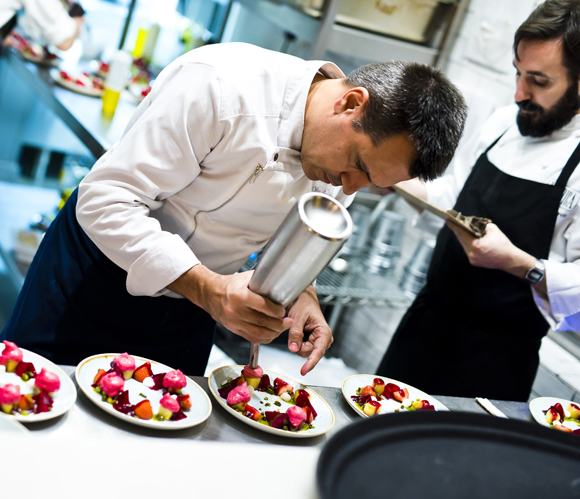 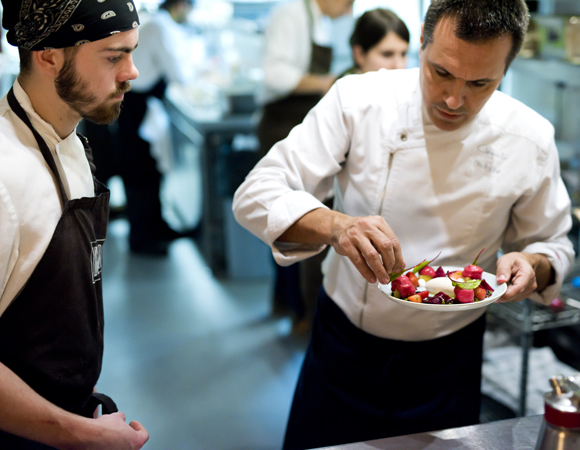 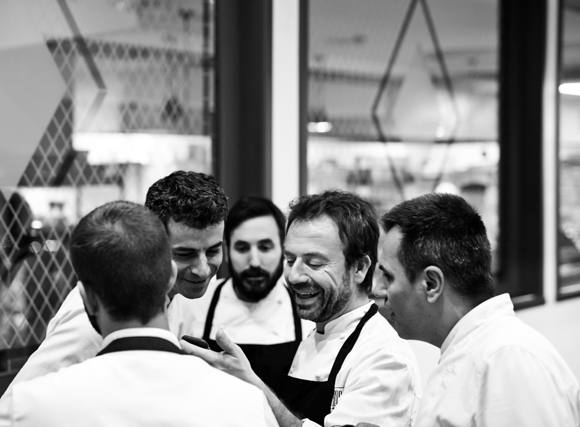 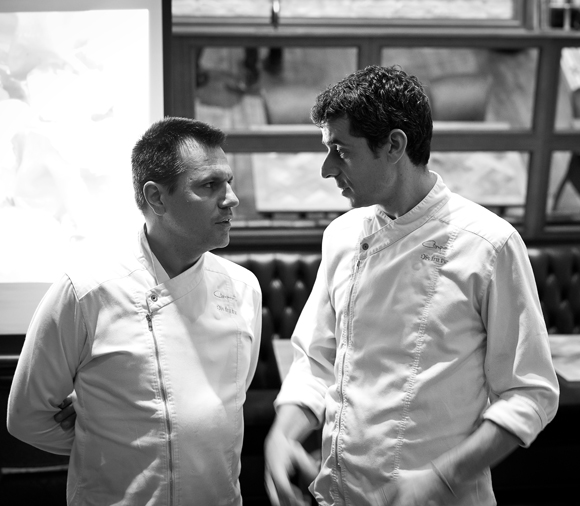 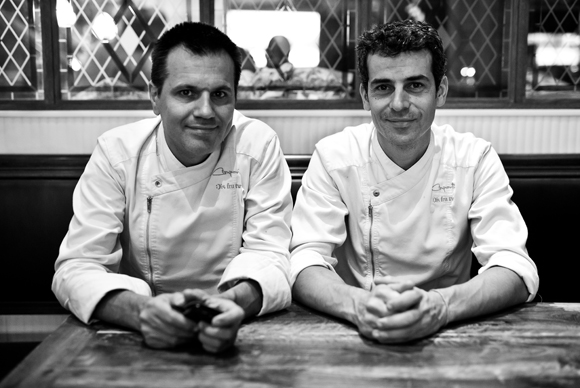 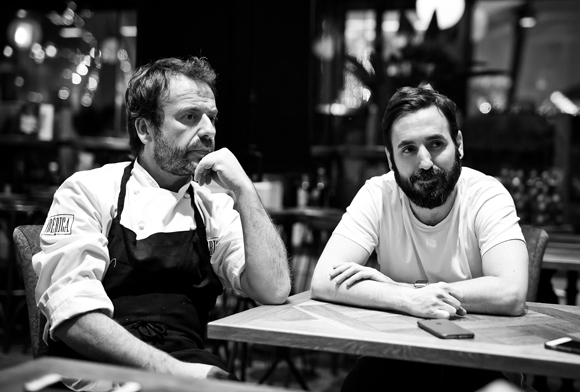 The third Nacho & Friends was another absolutely superb night of food and service which illustrates perfectly the heights Manchester needs to reach if any of its restaurants want to obtain that elusive Michelin star.

Look out for more events next year, we have even more unbelievable guests lined up.
An interview with Mateu Casanas.

Follow @Bacononthebeech
Posted by Bacon on the Beech at 18:57