An Interview with Chef Ángel León.

There are very few truly original chefs. Many just look at what others have done and create their own version of what they've seen elsewhere. There's nothing really wrong with this if they can put their own stamp on it. There are after all very few truly original ideas.
Ángel León is not however one of those who swims with the tide. His sea food only cuisine is completely original and he is one of the few along with Ferran Adrià one could perhaps describe as a genius. But genius may be a misnomer as it doesn't give you any idea of the sheer amount of work that goes into a restaurant like this by him and his whole team. León seems to have boundless energy, he's hyperactive, always creating with an obsessive drive.
Success however was not immediate. Adrià assured him, "If they don't understand what you're doing, you're in the vanguard." Ángel stubbornly continued and their first Michelin star helped to put them on the map. Now Aponiente is amongst the elite restaurants in Spain (and the world) along with the likes of El Celler de can Roca, Quique Dacosta and Azurmendi. A third star is surely on it's way with their new unique restaurant site on the shores of El Puerto de Santa María. 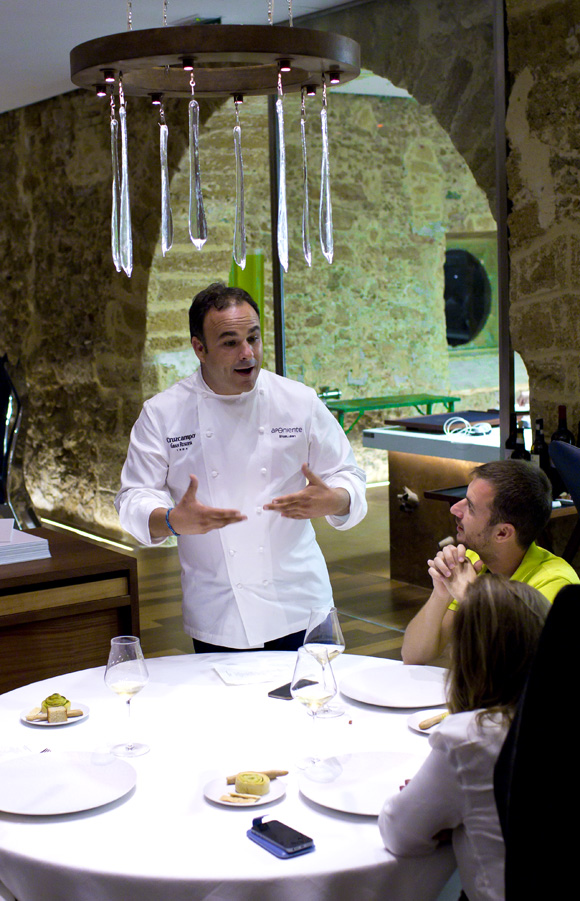 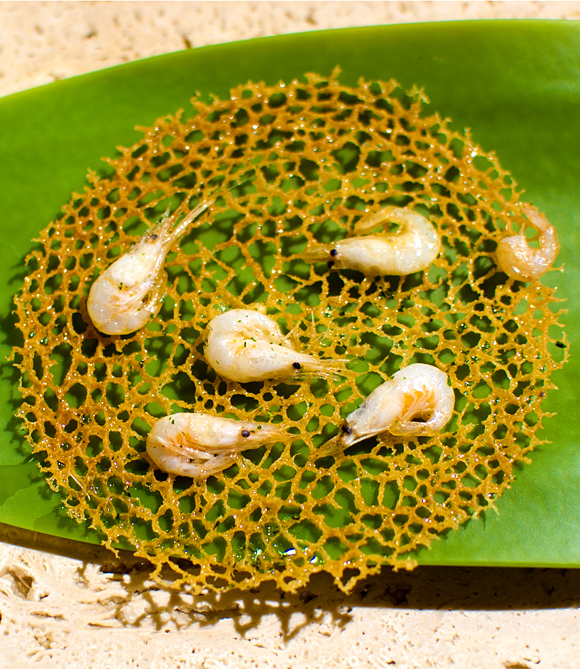 We know his food very well as we've made the journey to Aponiente three times in as many years. This September will be no different, you could say that we're big fans. So I sent Ángel a few questions for this website, fully expecting to be politely declined. He is after all a busy man (he has his own TV show in Spain, runs two restaurants in Andalucia and has an outpost at the Mandarin Orient Barcelona, BistrEau.)
Ángel doesn't speak too much English so the questions would need to be translated too. A couple of days later my answers came back! The fact that he still has time for someone like me with his schedule says a lot about the humbleness of the man too.
BACON: What new have you got in store this season at Aponiente?
ÁNGEL: We try to promote the philosophy of the plants halófilas, going deeply into discarded fish as a way of life. We have included the abalone (sea ear) as a new ingredient.
BACON: Tell me about bioluminescence, (the production and emission of light by a living organism), how it works and how you will use it in Aponiente?
ÁNGEL: It is a project for the future. We're simulating the bioluminescence sources of the micro-algae and will bring them into our dishes next season.
We have to look for a way of leaving the room with few lights on or a separated room to take advantage of this magic from the sea bed.
BACON: Is your new tapas bar La Taberna del Chef del Mar open now? What can we expect there?
ÁNGEL: Yes, it opened on the February 18th. We've tried to bring the philosophy of Aponiente there in a more casual way. 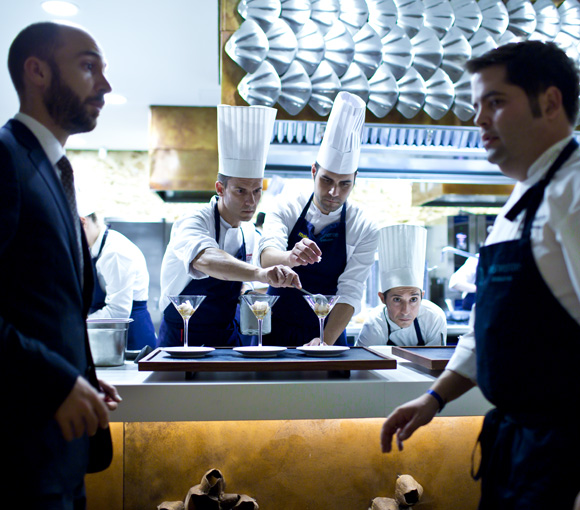 BACON: Sustainability and the use of fish discards are very important to you at Aponiente aren't they...
ÁNGEL: It is a way of life for us, a way of preserving and respecting the aquatic ecosystem of the area, promoting unknown species and taking them to the heights of gastronomy.
BACON: Aponiente is more than just a restaurant, you're involved in research with Cádiz University. Could you tell us something about any new findings?
ÁNGEL: We keep working on the bioluminescence and also in the search and synthesizing of marine sugars. We're continuing with the process of search of new flavours hidden in the sea to bring them to the table.
BACON: What have you got planned for the next few years at Puerto Escondido?
ÁNGEL: That the 'Taberna' continues growing and that gets consolidated. We're bringing the classical dishes of Aponiente there in order that all the clients can enjoy them. *
That Aponiente's cuisine, our cuisine of the sea, comes to the whole world.
(*I've mentioned this concept, that many of Spain's best chefs are opening up more humble bistros, serving their classic dishes as tapas, which is also the idea behind Nacho & Friends). 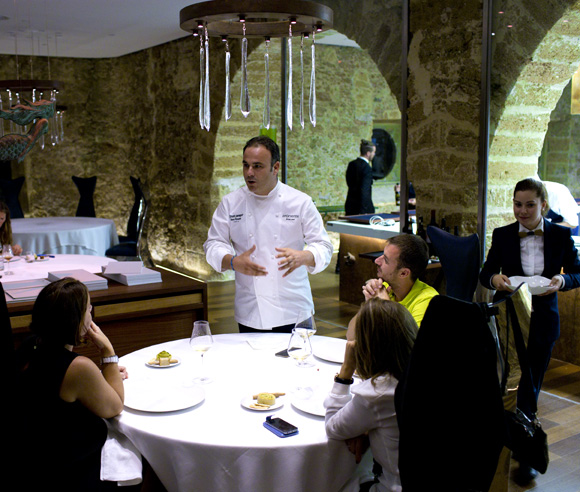 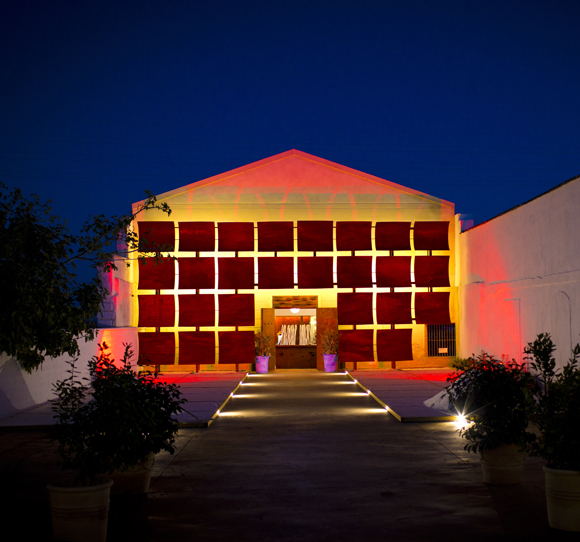 I can't wait for the day that we are sat in a darkened room in Aponiente eating food lit only by bioluminescence.
See our last review of Aponiente here.

Follow @Bacononthebeech
Posted by Bacon on the Beech at 18:59