Imagine a restaurant in Britain having the confidence to place a single sardine on a plate and just serve you that? Certain in the knowledge that this is all that this is likely to be the finest sardine you've ever eaten. One of those restaurants in Madrid is Alabaster. Like so many other Spanish places that we love, they have an obsession with 'productos' here, in this case primarily Galician. In London, I could imagine somewhere like Hedone being so self assured in their product, a restaurant that is popular for this reason with my Spanish pals on twitter. 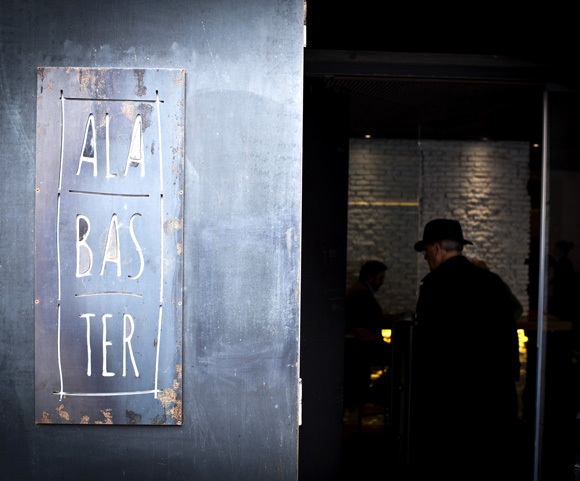 We were determined to get a reservation but it's incredibly popular here for all the right reasons. We finally got a last minute booking on a very busy Friday lunchtime. 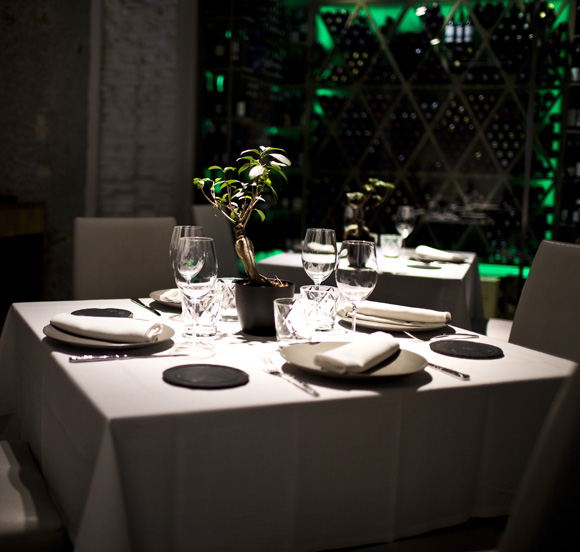 It's an impressive, elegant restaurant with service to match. The wine list is extensive, I've never seen such a list with at least a dozen Albariños and more Godellos. I always ask for help in these cases and we end up with a small tasting menu with wines to match. (They will make one up for customers although there is no official taster menu as such). 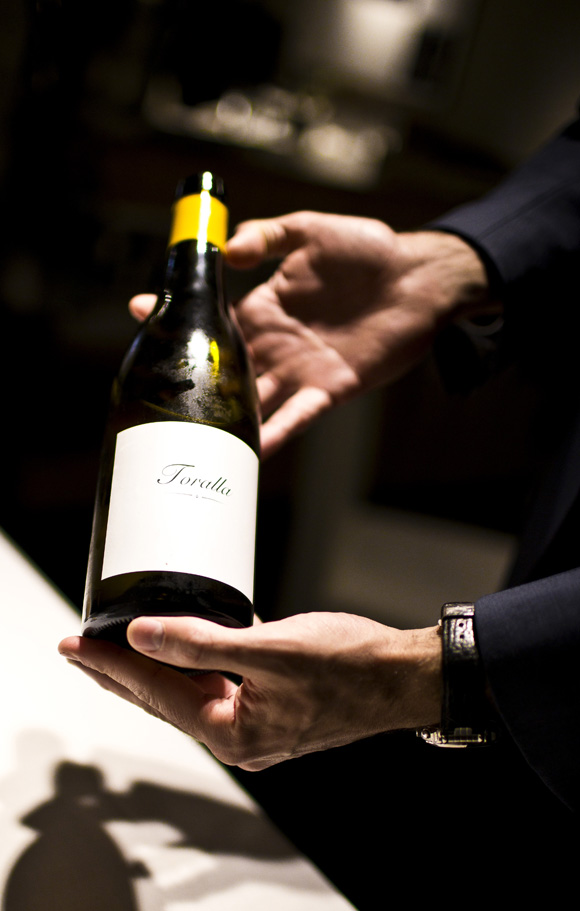 We begin with some home made pork scratchings and a creamy dip. 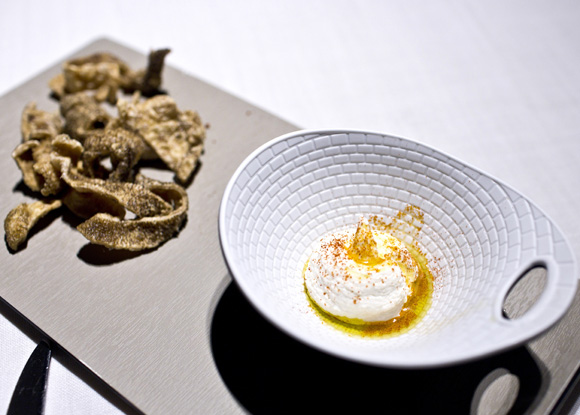 Then those sardines, virtually unadorned. These are easily equal to those we had in Etxebarri, these are so perfect and fresh, served on a cracker. You really don't need much else when the produce is as good as this. Sardina ahumada en tosta con queso de Arzúa, tomate y cebolleta. 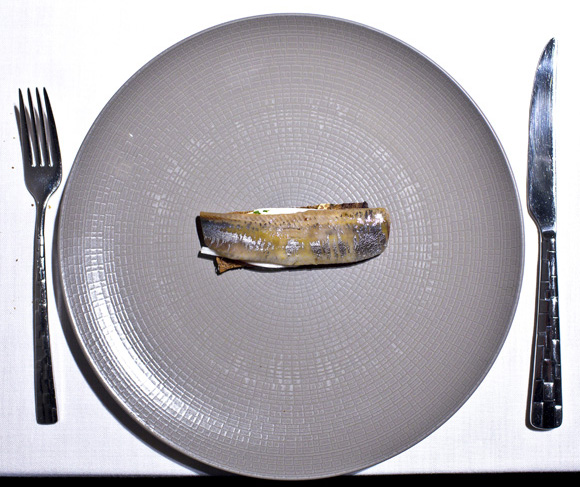 A lovely comforting dish of egg, mushroom and truffle, we had a few versions of this on our Madrid weekend trip. Huevo Mollet empanado, con Setas de temporada. 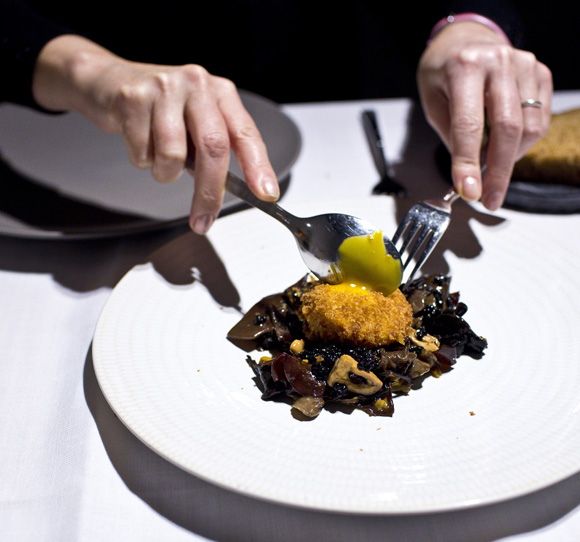 The Spanish adore Hake and so do we, this was a magnificent piece of fish with a creamy sauce. Merluza de Burela al vapor con pil-pil de lima limón. 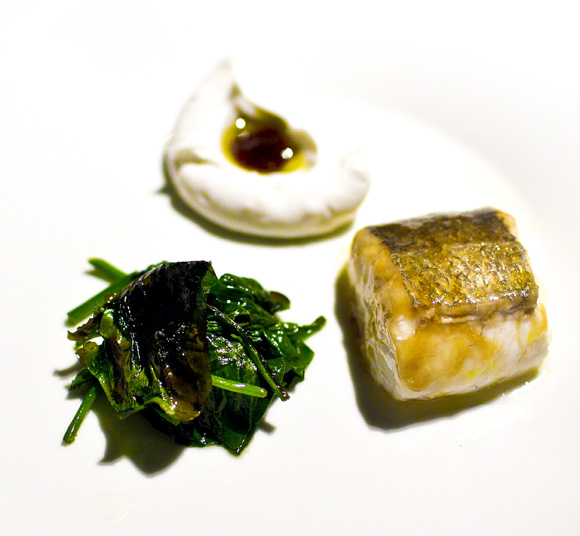 A great chunk of solid foie-gras is always a pleasure as it is here. 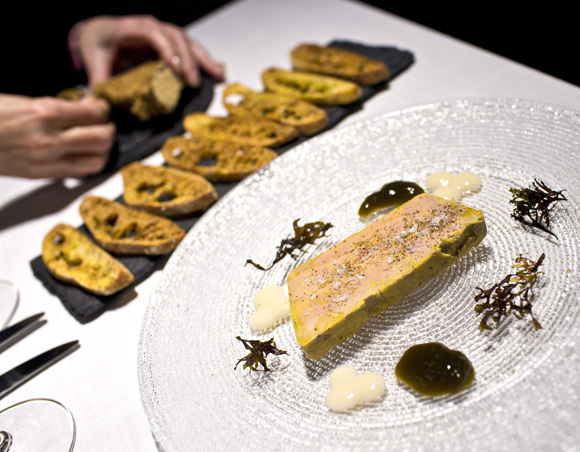 Finally a very agreeable square of juicy, crisp pork belly and a couple of beautiful desserts finish us off nicely. 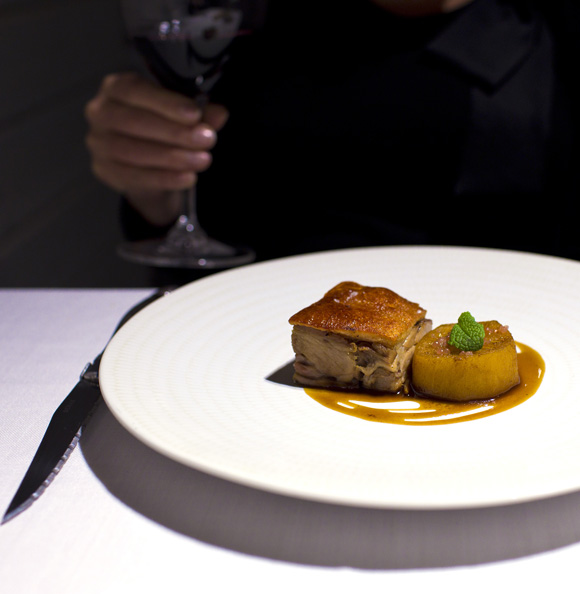 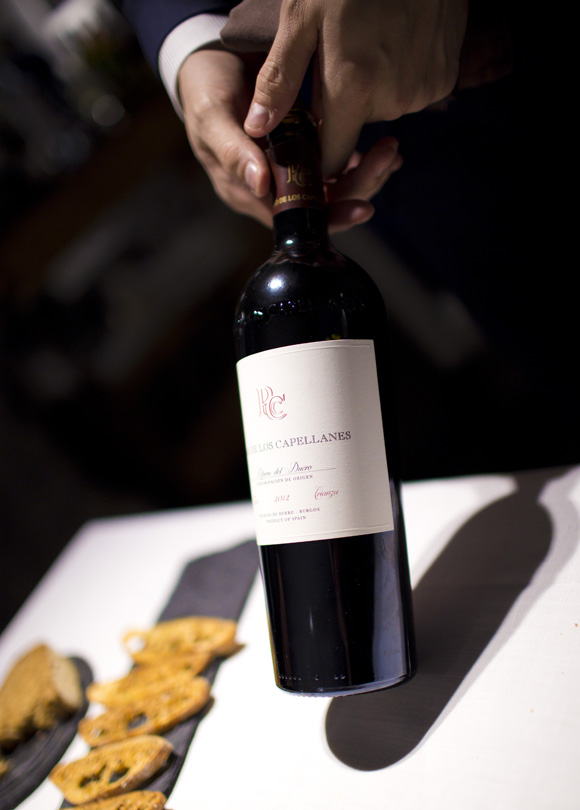 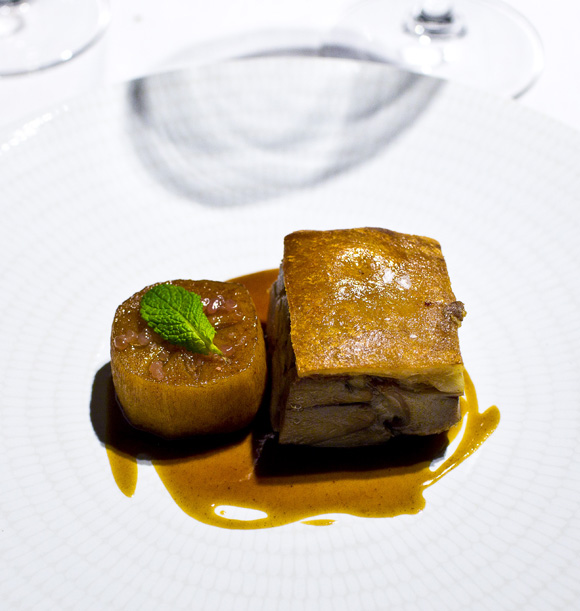 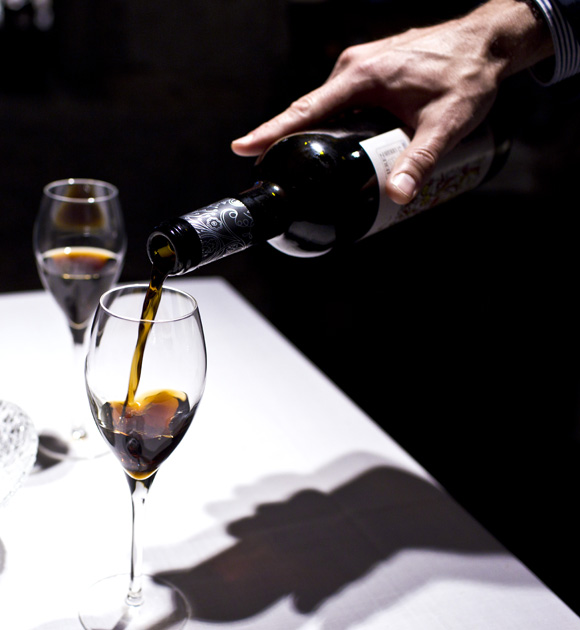 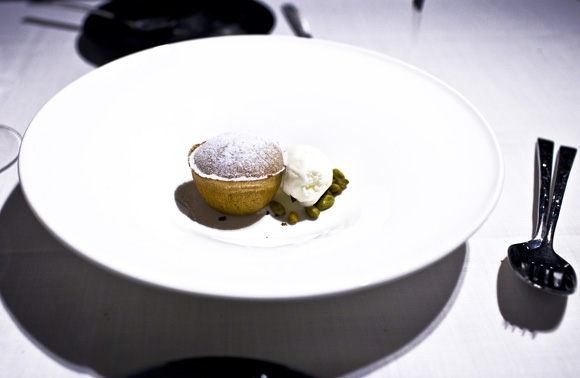 There is no secret to Alabaster. They just source the best product they can (as good as anywhere we've been if not better) and treat it with the respect it deserves. Francisco Ramírez (one of the managers) tells us proudly that you won't find better produce in Madrid even in the starred places and I can't see any reason to disagree.
We were so impressed, there a fewer restaurants than make me happier than this place. In fact it kind of spoilt a few places we've visited after it (over here), because they weren't quite as good in comparison. It's one of those restaurants that you think about weeks after you ate there. Put it right at the top of your list when you visit Madrid and why wouldn't you? 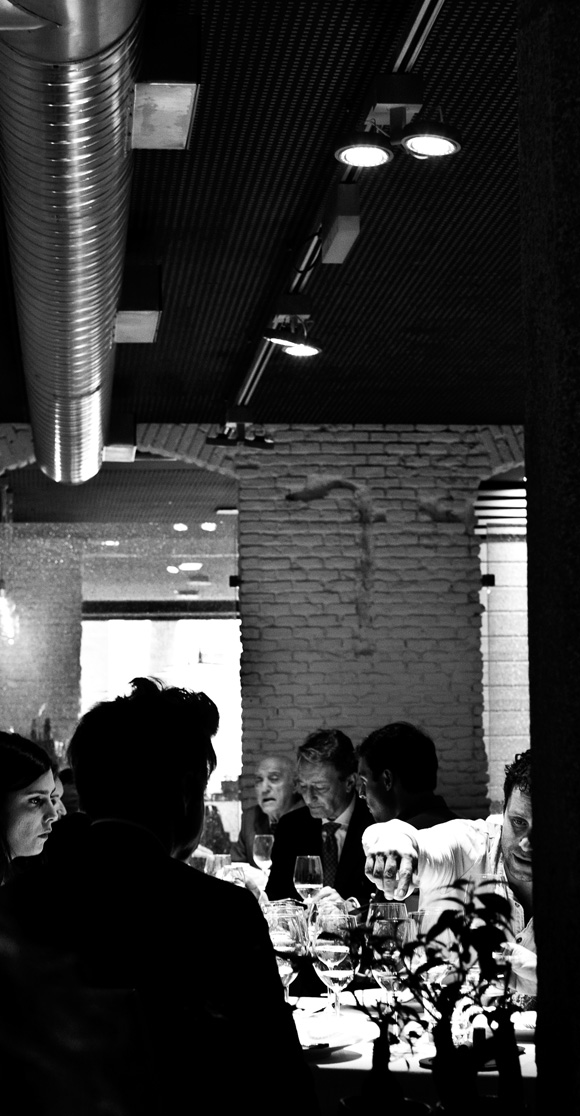 Follow @Bacononthebeech
Posted by Bacon on the Beech at 09:40