The backbone of any good restaurant is quality produce. I bumped into one of these suppliers a few months ago at the opening of Baratxuri in Ramsbottom. Javier of Grey's Fine Foods works with Fiona & Joe at Levanter as well as Michael O'Hare at The Man Behind the Curtain.
When a man I've never met before asks if he can send me some meat in the post who am I to refuse? Sure enough a parcel arrived the following week with some Secreto Ibérico, a bottle of wine and some Montanegra Ibérico Jamon. 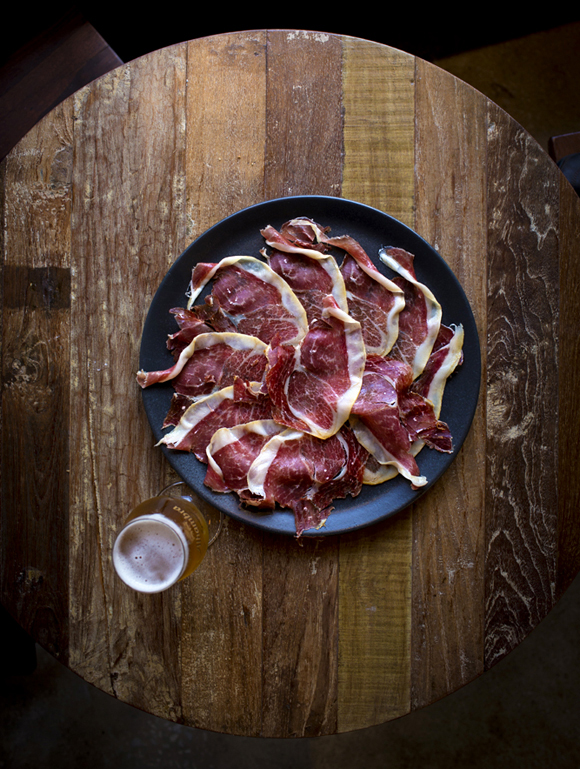 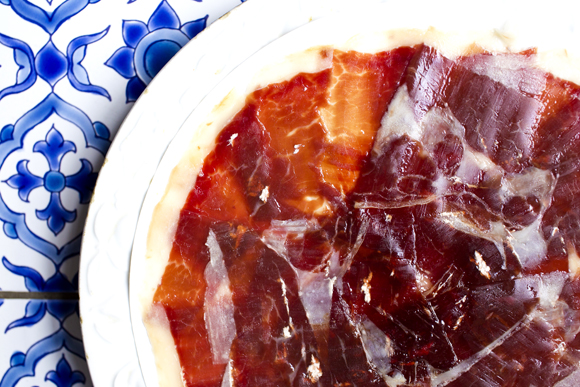 Twenty years ago much to my embarrassment I just didn't 'get' jamón, it tasted to me like raw bacon. In time my palate matured and I understand it as one of the finest things in life. From Extremadura and fed on acorns, this was seriously good too, some of the very best I've eaten.
I was a little more nervous about cooking the Secreto Ibérico. This cut between the pig's shoulder blade is literally translated as the 'Iberian secret'. I didn't want to bugger this prized piece of meat up. I think I just about did it justice, Essentially I treated it like a piece of steak. This is the produce used in this signature dish at The Man Behind The Curtain; Secreto Ibérico, ajo blanco and BBQ cinders below. 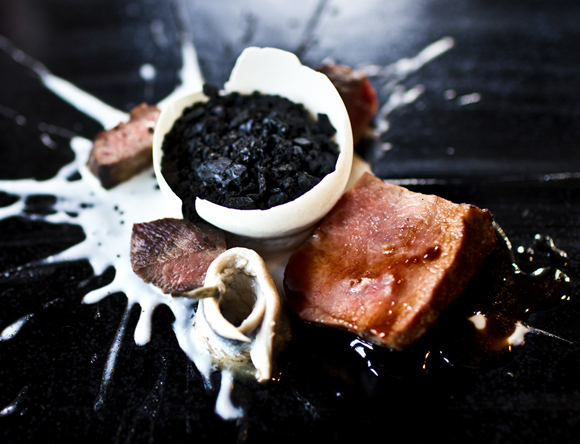 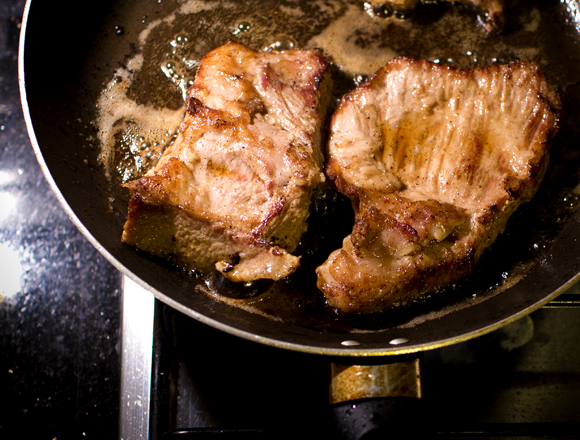 Above, my attempt sizzling in the pan.
Then because it's not all about the freebies, I bought a box of Carabinero Prawns for £45. They arrived promptly next day. The box said they were from Sanlucar de Barrameda on the south west coast of Spain, a place very close to our hearts. 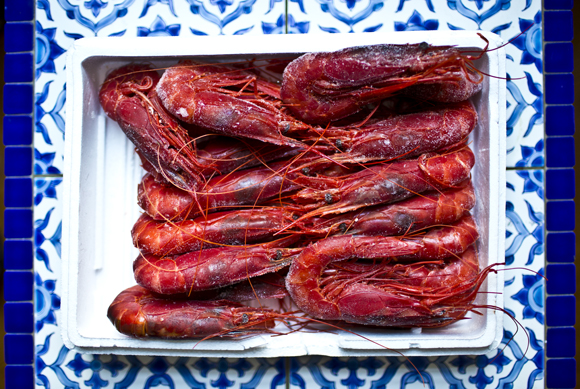 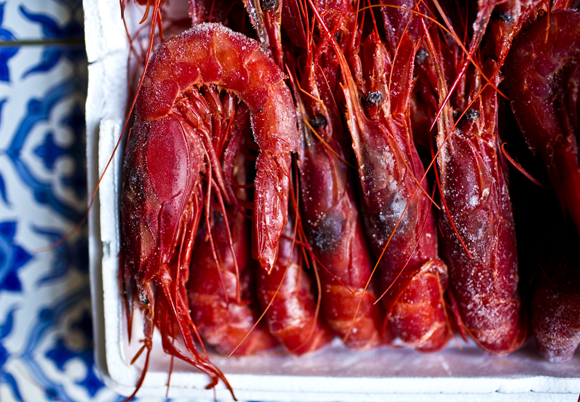 I experimented with cooking times of the prawns and found that one and a half minutes each side on a hot wok or pan is perfect. Levanter are also now selling these, they cook them on the plancha. Javier tells me he can also source Denia Prawns, these are even more prized (we had them recently at Sacha in Madrid) and so are much more expensive. I'm saving up to buy a box of them.

www.greysfinefoods.com
Follow @Bacononthebeech
Posted by Bacon on the Beech at 18:55