A Guide to The Costa De La Luz. 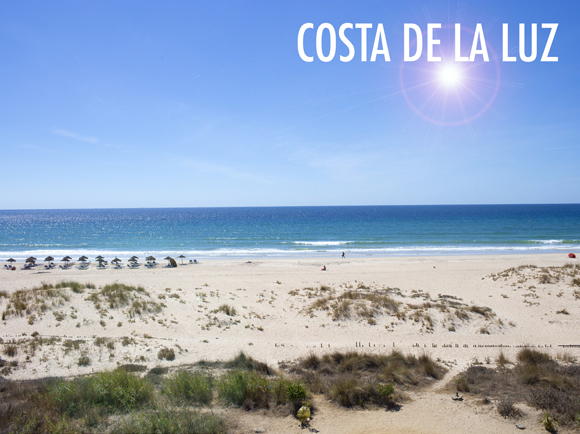 We've travelled along the Costa de la Luz countless times over the last fifteen years. The 'coast of light' is the Atlantic western part of Andalucia which extends from the south at Tarifa right up to the port of Cádiz and beyond. You'll find miles of long wild windswept beaches, traditional white towns and some wonderful restaurants. Few Brits make it this far but lots of Spanish people holiday here every year. It's excellent value for money for this reason too. 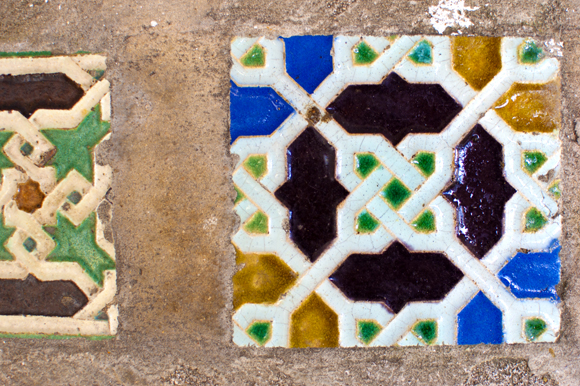 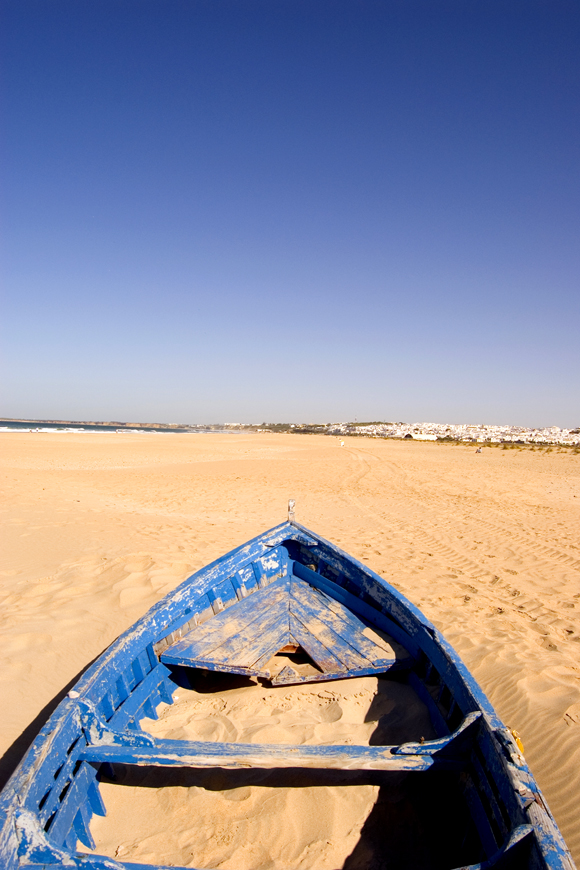 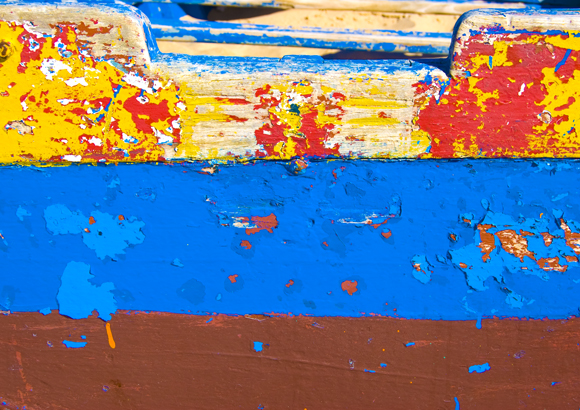 If we start at the southern most tip at Tarifa, almost opposite Gibraltar. Popular with surfers, this scruffy fishing town has lots of appeal to us at least. We used to stay out of town at The Hurricane Hotel or their sister hotel, the Punta Sur but last time we were in the charming La Casa de La Favorita in the old town. In a lovely little square you can get lost in the maze of narrow cobbled streets full of bars and hole in the wall restaurants. Try tapas at El Lola.
Next up, Zahara de los Atunes was the first place we ever holidayed together, so we'll always have fond memories of it. We returned a few years ago it was as good as ever and have been back every year ever since. We used to stay in the traditional Gran Sol right on the beach but now we go self catering on the first line of the sea front, a most beautiful apartment (see here) with stunning views. (You can see the view as it is the first photo on this post).
Zahara is fast becoming a real gastro town with an emphasis on fish. You absolutely must eat the tuna tapas at the wonderful La Taberna de El Campero. 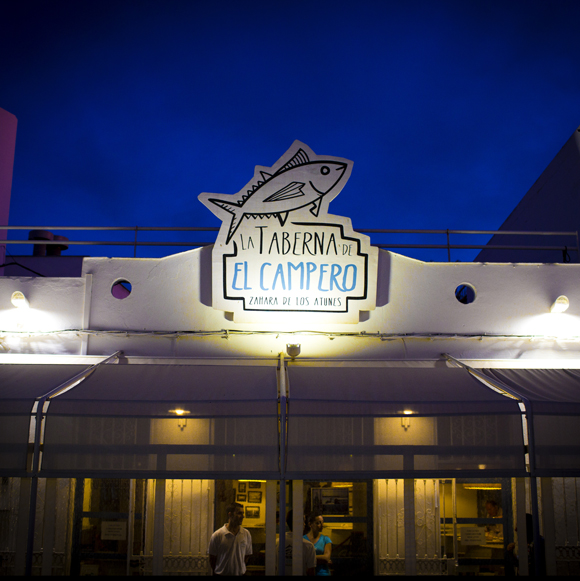 They also have their original main restaurant in Barbate further up the coast (see our review here). There is no need to visit this shabby town apart from that, it's not the most prepossessing place to stay. It does however have this, the best restaurant in Spain to eat tuna in many ways. Zahara de los Atunes is appropriately named after the fish because of the local and traditional seasonal Atlantic blue fin tuna fishing which takes place every May and June. Below, these sculptures are found all along the coast. 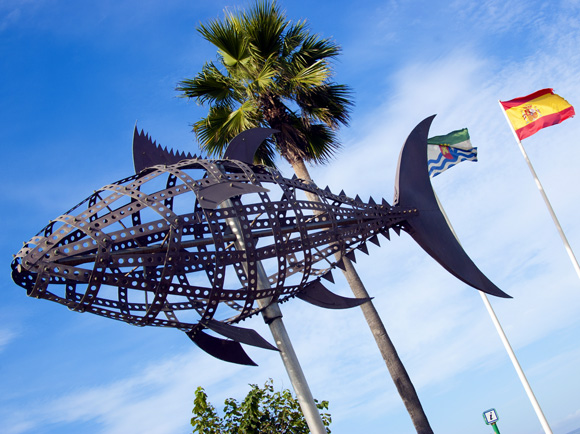 There is more good eating to be had in Zahara in recent times. Sample eclectic tapas at Zoko (soon to open a second branch on the beach) and Taberna Trasteo. 21 Restaurant is excellent, run by a charming Aussie chef and his Spanish wife. See below. 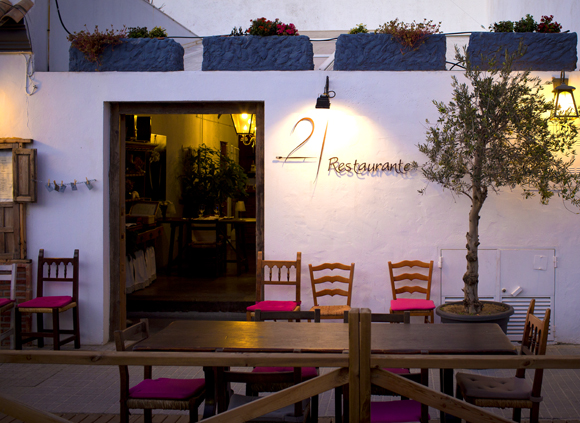 Pradillo is a decent choice too. Chiringuitos like La Luna and El Pez Luna are also a popular lunchtime budget options here. There is no real British equivalent to these beach shack cafés as they tend to reflect what Spaniards eat which are huge varieties of fresh fish.
El Palmar is one long sandy beach backed by restaurants and hippy-ish campers. There's not much else to do but sit on the beach all day until the spectacular sunset. Eat at Casa Francisco el de Siempre, which features in the Michelin guide. Below, surfing is popular all along this coast. 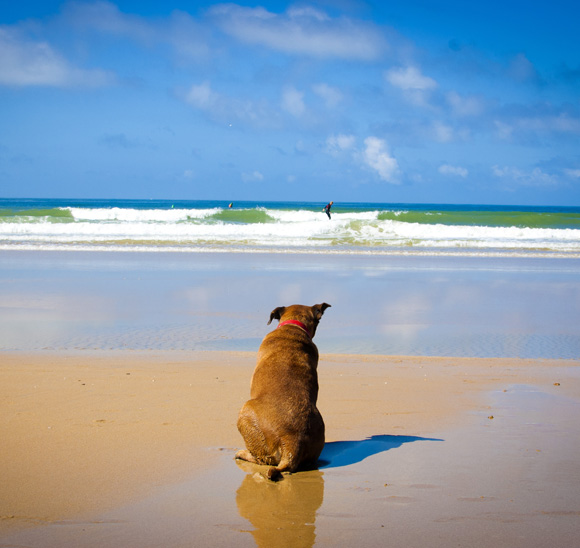 Los Caños de Meca is similarly hipp-ish, scruffy and very laid back with fine golden sands.
Conil de La Frontera is one of our favourite places to stay. It has the huge sandy beach as is standard around these parts but there is also a lively old fashioned town filled with tapas bars and buzzing restaurants. It seems to be the place where Spaniards love to holiday. There are some vivacious flamenco music bars too. As we stayed right in the centre, (in a cute central apartment, see here) I'd often drift asleep to the unmistakable clapping and emotional passions of the singers mixing in with my dreams. Dine on the beach at Francisco La Fontanilla and watch the sun going down as you eat fresh fish. 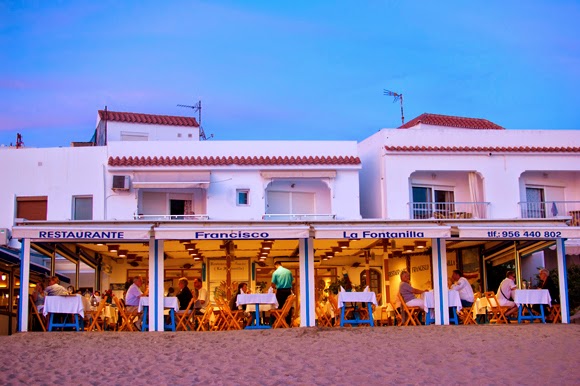 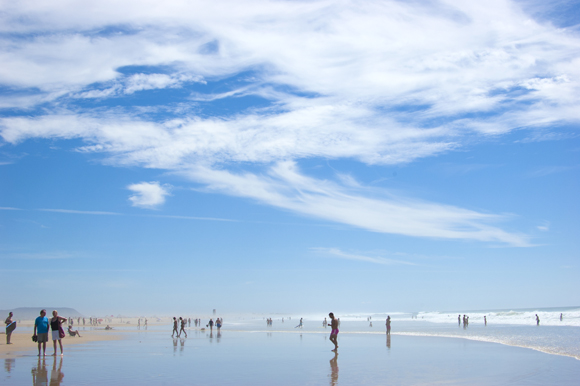 We very impressed by the Basque Txikote closer into town. Right in the centre, Freidor de Pescado is a southern Spanish version of a British chippie but with proper fish in huge varieties. Marisqueria La Pepa is opposite and run by the same people, it looks like a small British fishmongers. You can order fresh cold prawns and a beer and watch the world go by. Also try the ever popular Feduchy Lounge for great tapas with a twist. 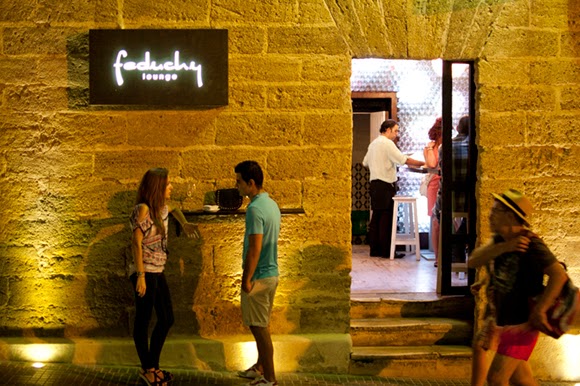 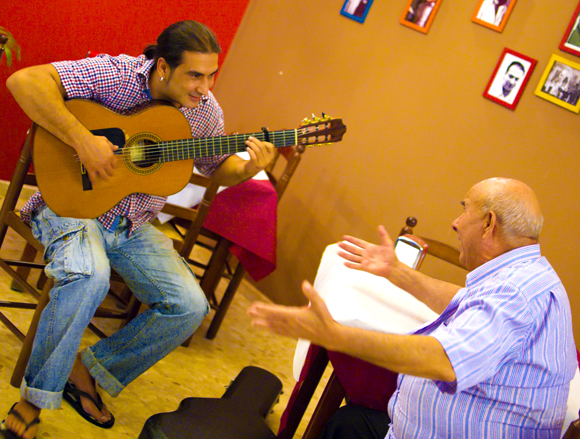 Cádiz is a giant port in comparison but it is a good place to hang out for a few days. A few times recently we've decided to push the boat out and stay at the Parador de Cádiz, a modern luxury hotel at the end of the peninsula. Wow, what a place. It's still the only hotel I've ever stayed in where in the reception as you're checking in you can help yourself to fresh juice, coffee, croissants etc. Our modern sea view room overlooked the pool and out over the Atlantic. 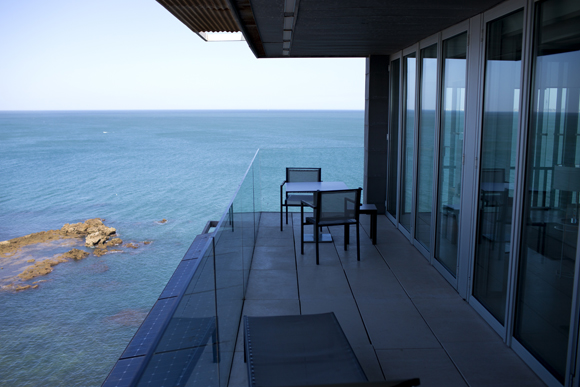 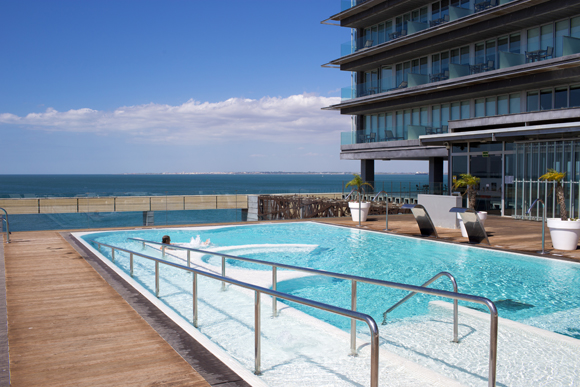 Eat at El Faro de Cádiz one of our favourite tapas bars in Spain. Stand at the bar and order anything, it's all good here and cheap too. Also a must is Taberna Casa Manteca. Snack on Queso Manchego served on wax paper with a beer and mojama, salt cured tuna. 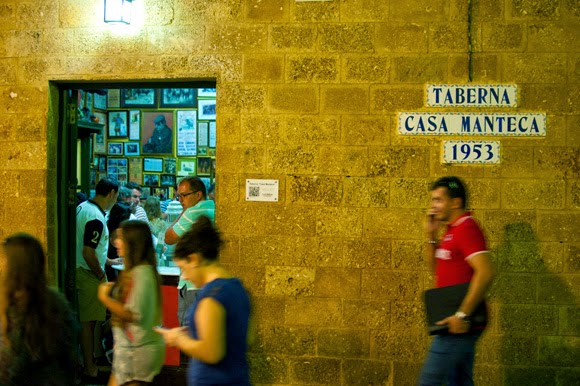 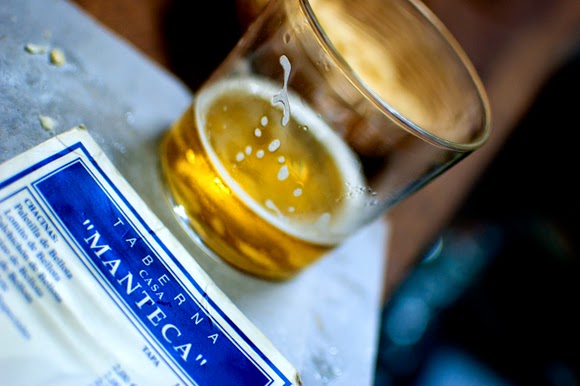 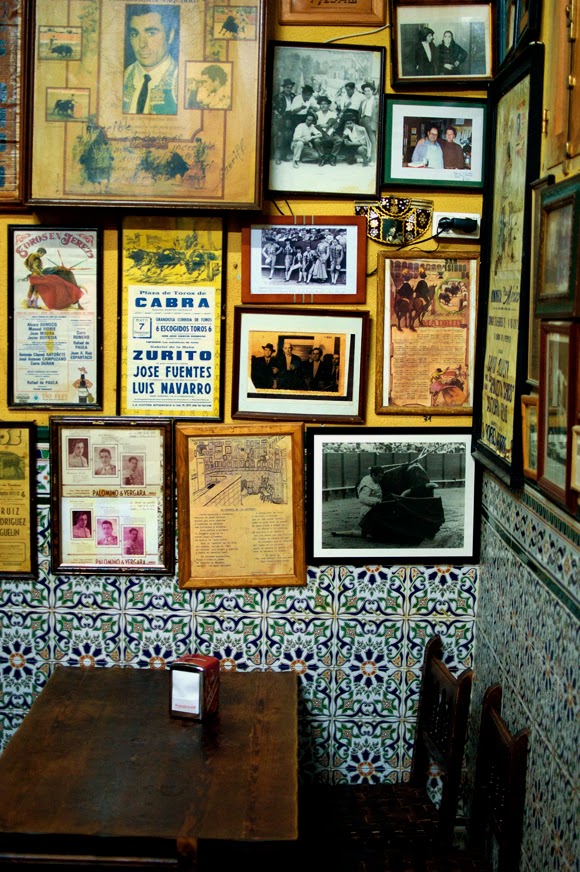 You have to visit El Puerto de Santa María just so you can dine at one of Spain's finest restaurants and the jewel in the crown of Andalucian food. Aponiente is a restaurant not to be missed. See our latest review here. Head chef Ángel León, el chef del mar is a rare talent, a true original. He has just opened their new tapas bar La Taberna on their old restaurant location which we hope to visit this year too. 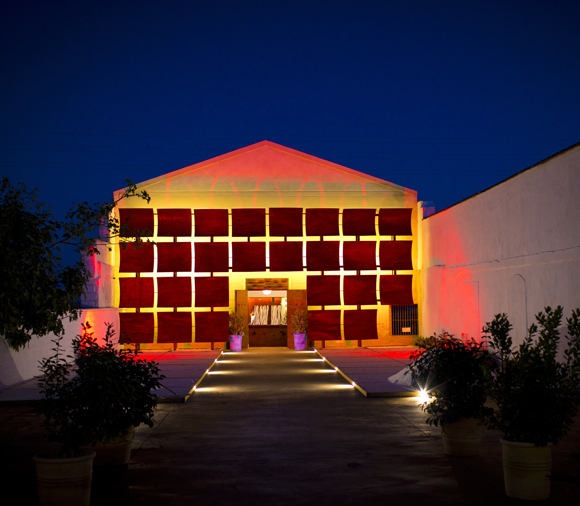 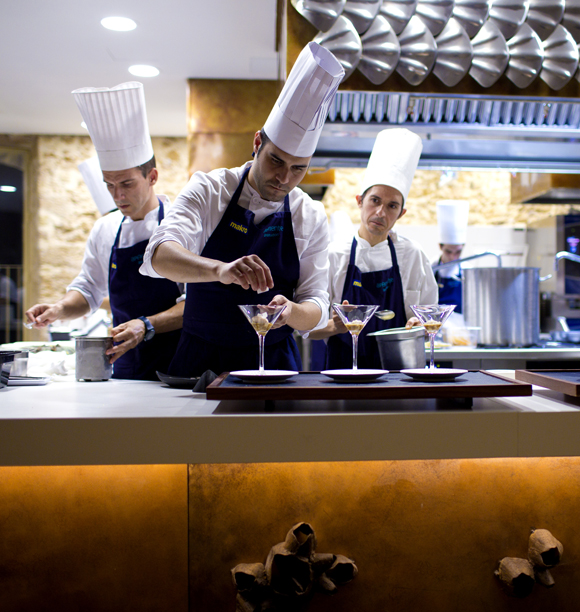 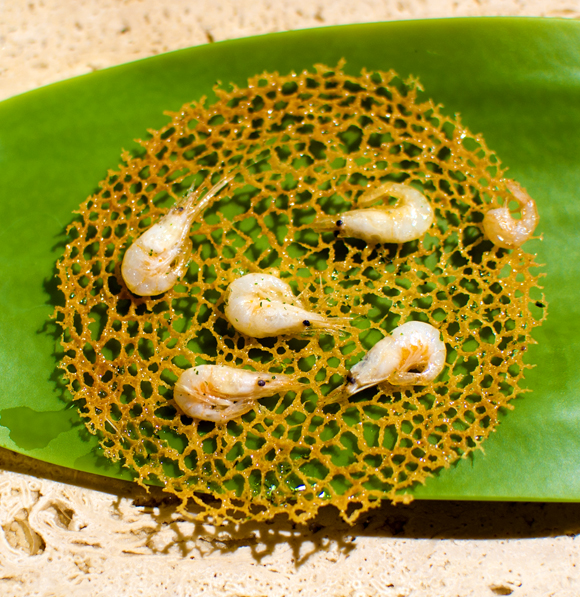 Sanlúcar de Barrameda is another wonderful seaside town to visit. We were a little underwhelmed by the famous Casa Balbino tapas bar but it still has to be done especially to sample the famous Tortillitas de Camarones, traditional prawn fritters (see the Aponiente version above). You can also do wine tours of bodegas, they make the famous La Gitana Manzanilla here and the sweet smell of it fills the air. 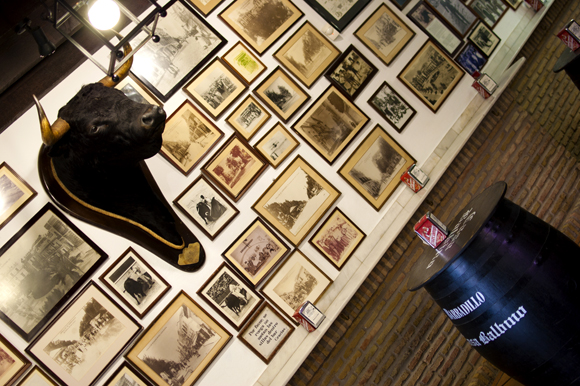 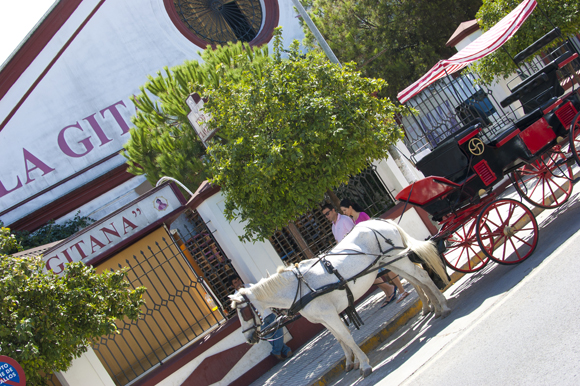 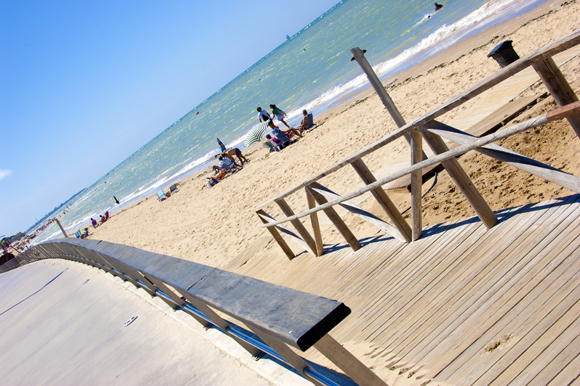 Once you visit the Costa de la Luz, it's highly likely that you'll plan on a return trip as we do every year. 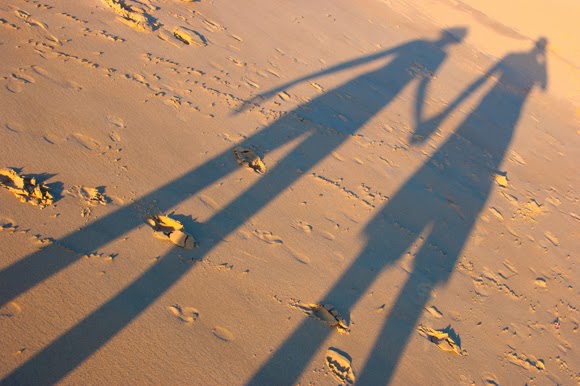 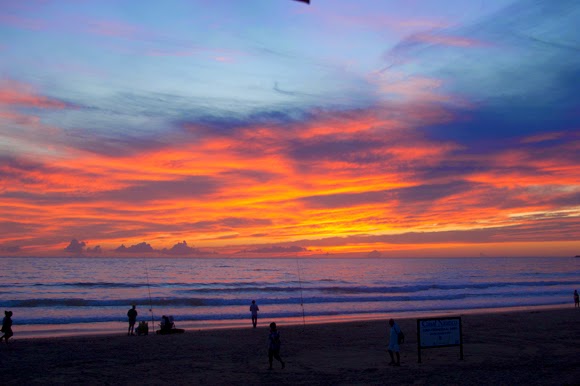 Follow @Bacononthebeech
Posted by Bacon on the Beech at 18:43