I've collected 10 of my favourite and perhaps more unusual food related photos here. Most were taken over the last year or so.
I like this simple, bold composition of this Galician Tentáculos de Pulpo (on a Spanish tile) from Out of the Blue in Chorlton. 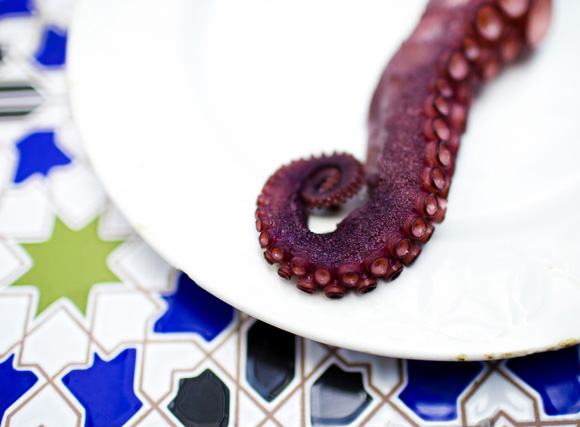 This image of Mrs Bacon holding a bowl of Apples from Granny's Garden is exactly what I want my work to be, strong chiaroscuro with almost a painterly feel in the lighting. I've mentioned the inspiration of the work of still life artists such as Juan Sánchez Cotán before. 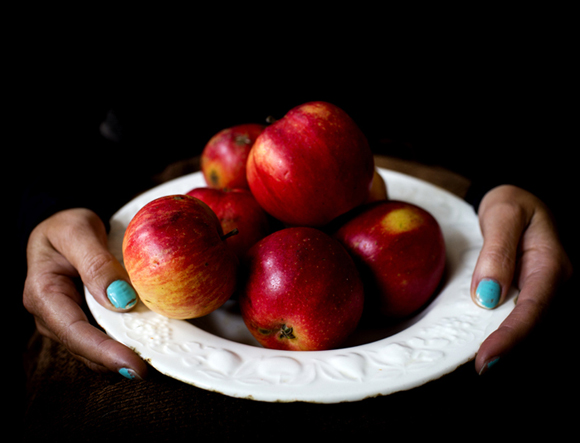 Sometimes when you're processing a photo something happens and the image jumps out making it somehow more than just a standard photo. I love the lighting on this cropped image of Chef Dan Cox. 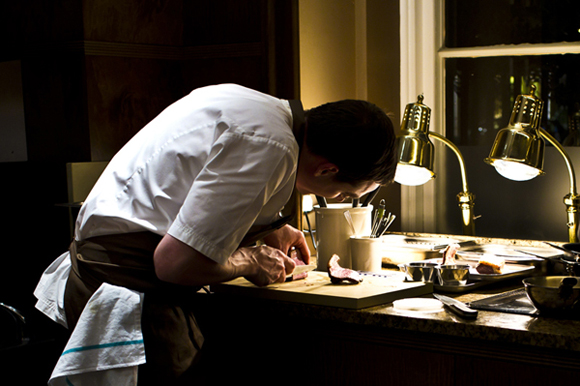 The waitress at Pass at Burger & Lobster in Manchester was standing in just the right pose as I snapped away. 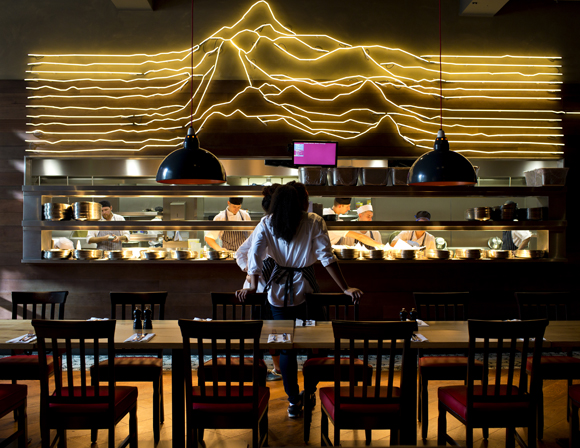 Here's another photo where I was in the right place at the right time and captured this almost surreal image of Making Ice Cream at Dinner by Heston. 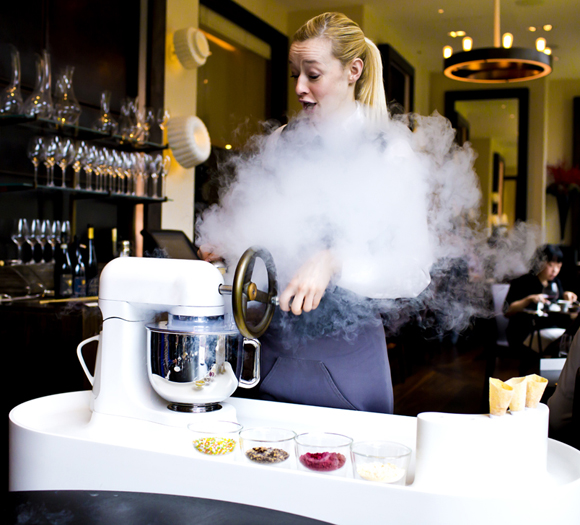 Several years ago (using an inferior camera) I walked out onto our hotel balcony and saw a Spanish Wedding Party going on so grabbed my camera and caught this shot. I like the way in which all the perfectly dressed ladies are standing in a pleasing curved row for to have their official photograph taken. 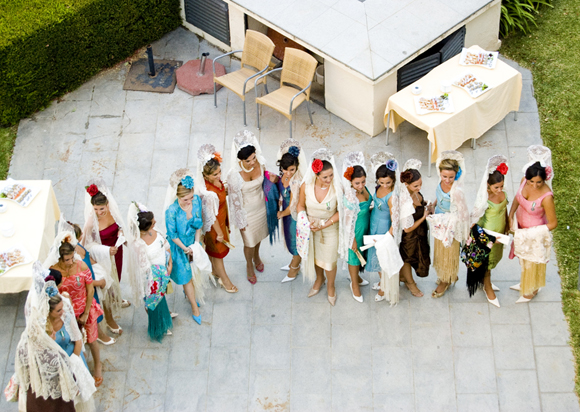 Hovering at The Pass at Aponiente in Spain shooting the chefs in action I could see out of the corner of my eye head chef Juan Luis Fernández walk by and I wanted to get him in the shot too. Luckily Juan Ruiz Henestrosa, the sommelier was passing through at the same moment so I got them to frame the chefs in the centre of the image. It illustrates the quiet energy of a kitchen working at full speed. 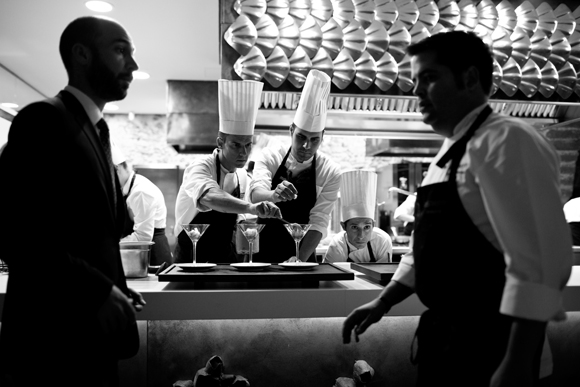 I wanted to capture Chef Gary Usher's personality in this one so had the idea to create a film contact sheet with four portraits. Converting to monochrome is effective with portraits. 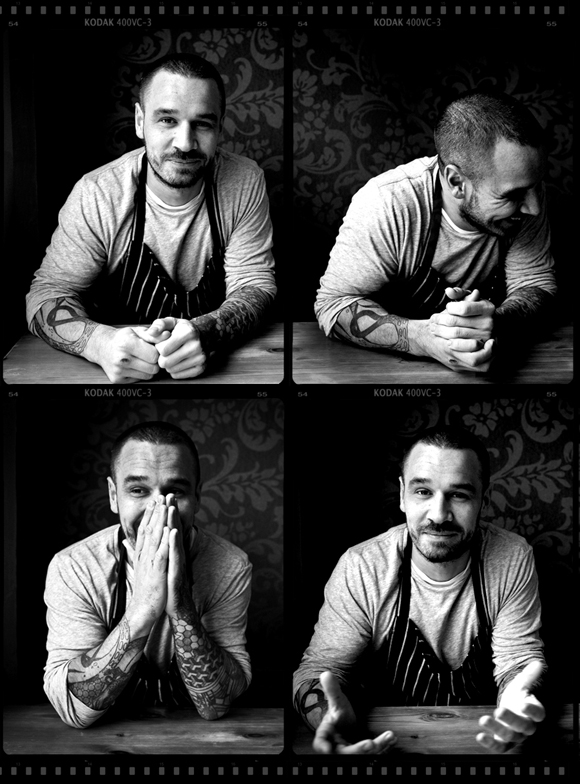 Again with my old camera (so not as sharp as I'd like now) I love this one of the whole kitchen team at DiverXo and chef chef David Munoz. Everyone is in just the 'right' pose in a line making it aesthetically pleasing. 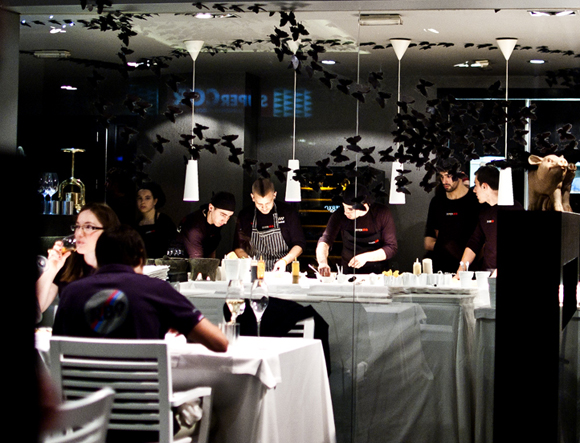 The hands Collecting Honey at Fraiche again is simple and bold, the lines and angles make it a successful image for me. 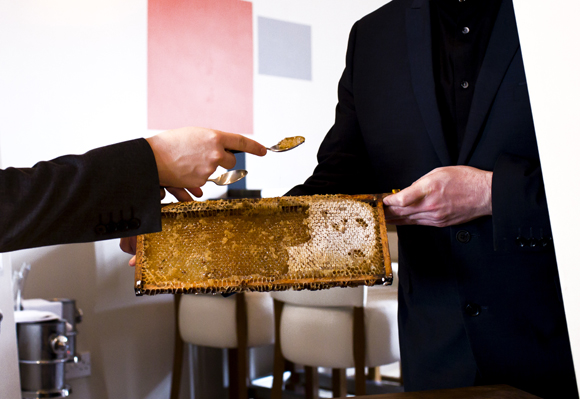 See my whole portfolio here.
Follow @Bacononthebeech
Posted by Bacon on the Beech at 18:29