A little interview I did with chef Gary Usher of Sticky Walnut and Burnt Truffle fame along with the recent photo shoot. 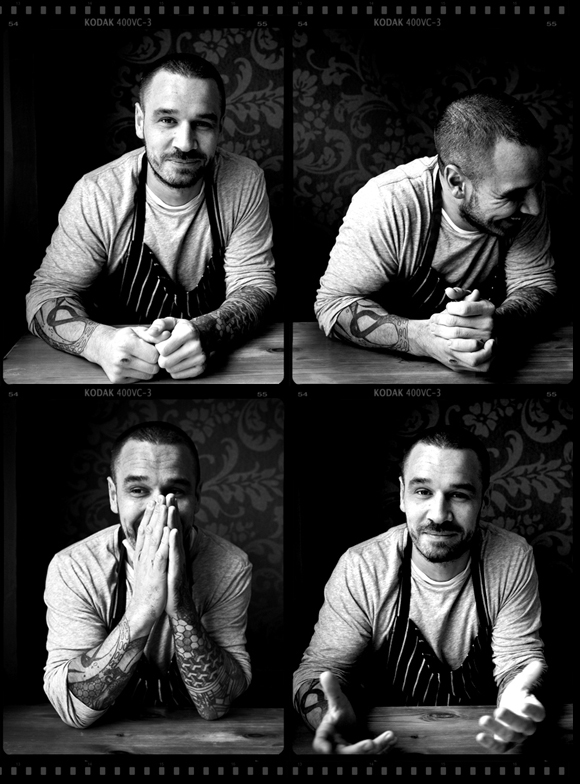 BACON: I was a bit surprised when I first met you as you weren't really like I expected from your twitter 'bantz' and rants. In the early days especially was it that you let out your understandable frustrations and stress on twitter?
GARY: Yes. In the early days I wrote many responses on Tripadvisor and deleted before sending because I didn't want potential guests to think I was arrogant. Instead I took the piss on Twitter with all the people who loved us.
BACON: It's also an addictive media, it's easy to get hooked to the buzz of on-line chat. Is it something you've taken a step back from at times too?
GARY: Yes, quite publicly I have my mini breakdowns where I say I'm going to leave twitter forever. At the time I say it I mean it but so far have always ended back on it.
BACON: I think it became so popular because it was incredibly funny and rang so true to people working in the industry and gave a genuine insight into the ups and downs of running a restaurant. I also think people hold you and Sticky in great affection, that's why the crowd funding for Burnt Truffle worked so well. Did it also give you a huge feeling of responsibility?
GARY: Yes it did. Although it looks like I say things without thinking, I'm very careful not to offend any of the people (guests and followers) who have supported us over the last five years.
BACON: Having recently done a shoot at both Sticky Walnut and Burnt Truffle and spent time at both your restaurants as a customer too, they feel like genuinely lovely places to be and to work. (Although obviously long hours and hard work etc) How important are your team to you?
GARY: Simple. Put it this way. I don't know who our Chardonnay is from, how we cook the lambs tongue or what our opening hours are. That's how important the team are. 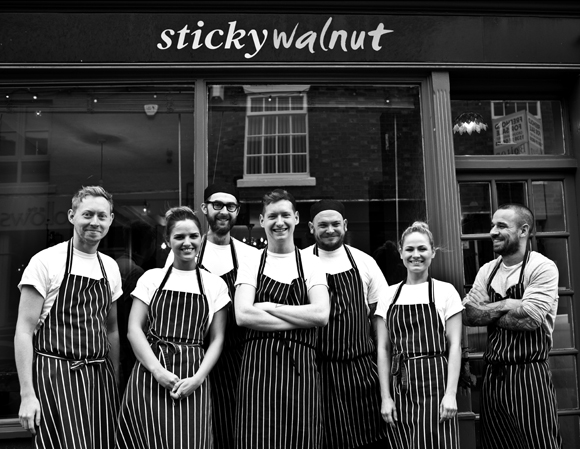 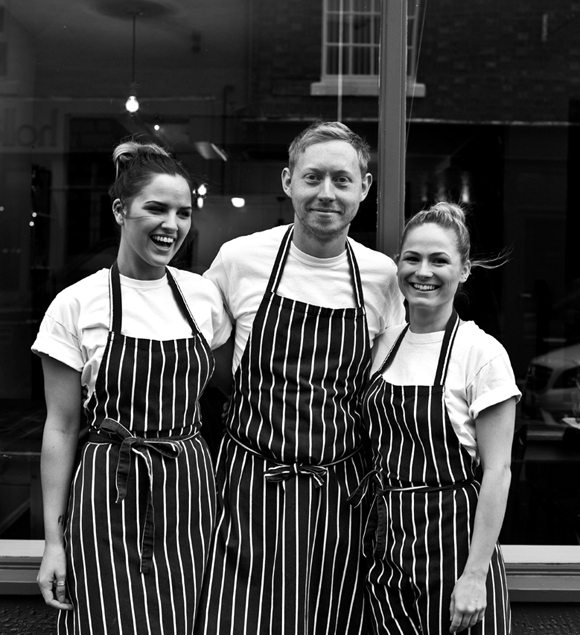 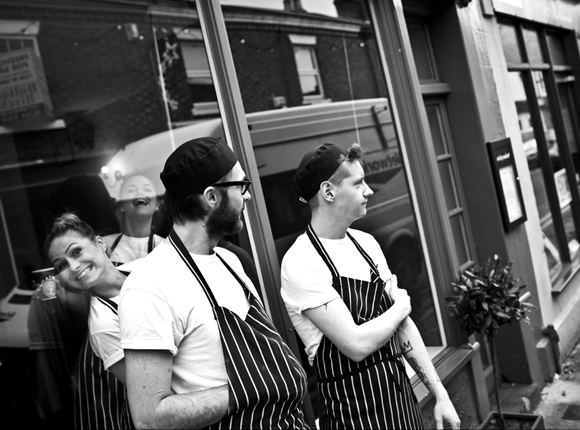 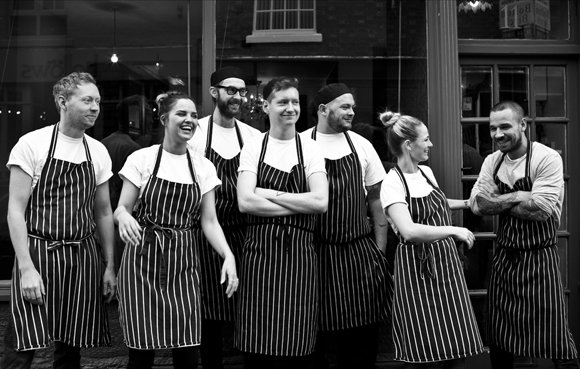 BACON: I always think your menus read so well, it's unfussy and deceptively simple but brilliant cooking. Presumably you'll be bringing this to Chorlton next year?
GARY: Yes. Same deal, different place.
BACON: How damaging is Tripadvisor to the industry?
GARY: It's not. It's damaging to humanity! Some people write some lovely comments on it. However it's "Derek and his wife Irene" that feel the need to comment adversely on the pine furniture or the table next the bog, or the fire exit, or at the top of the stairs that make a mockery of it.
BACON: Have you seen the recent campaign (by Tom @EaterWriter) 'no receipt no review' which seems a good idea to try and stamp out fake reviews?
GARY: I have and that is a good way to eliminate that aspect but in all honesty my gripe is with the people who have eaten there and lie about their experience.
BACON: On the more positive side you were recently name restaurant of the year by the AA guide, how did that feel?
GARY: Any praise we receive for what we do is a huge pat on the back and morale boost for the staff.
BACON: Who else do you admire in the industry?
GARY: Ainsley Harriott! Fit!
BACON: Where else do you like to eat?
GARY: I like to get a fry up in a local café called Fude. 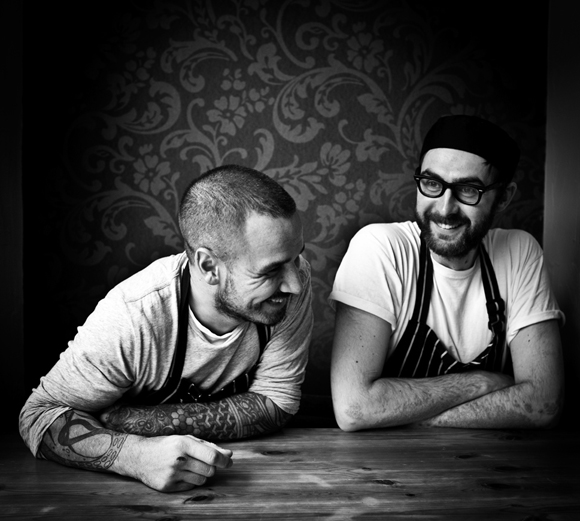 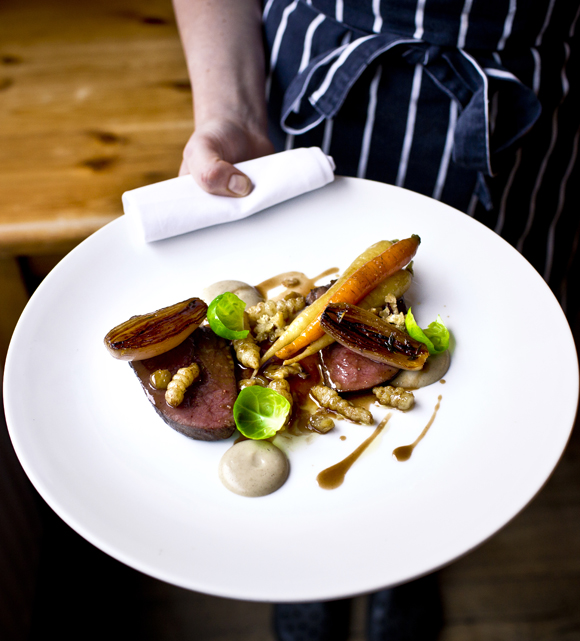 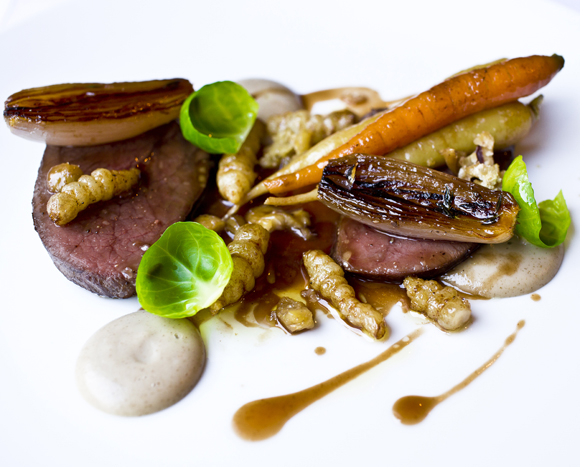 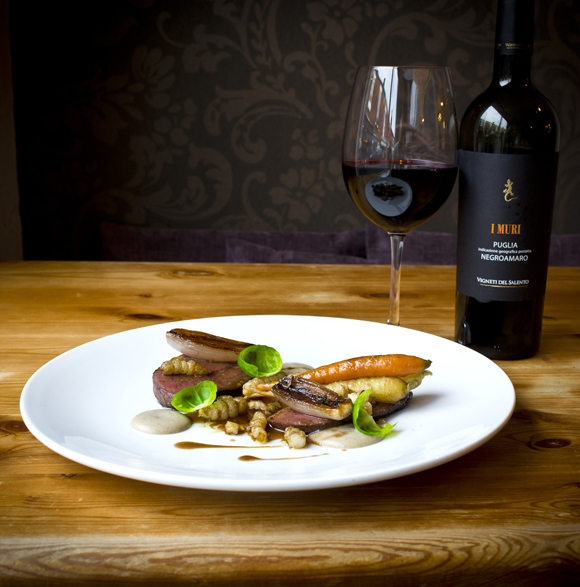 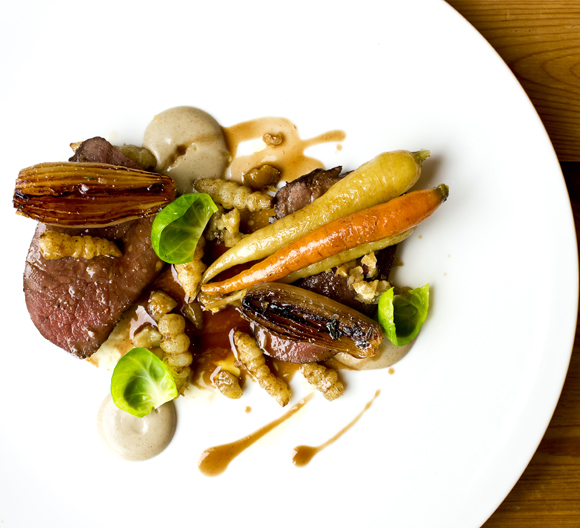 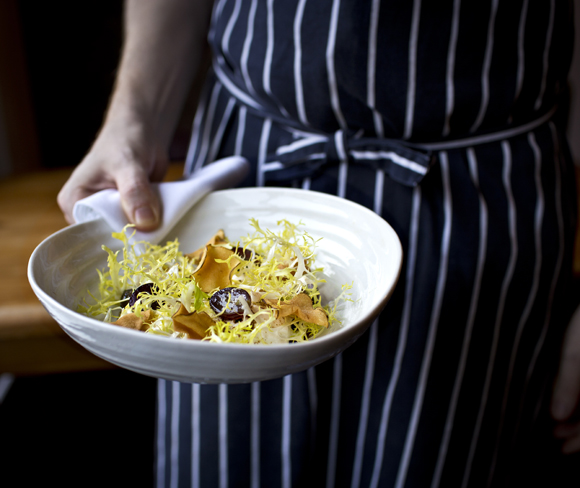 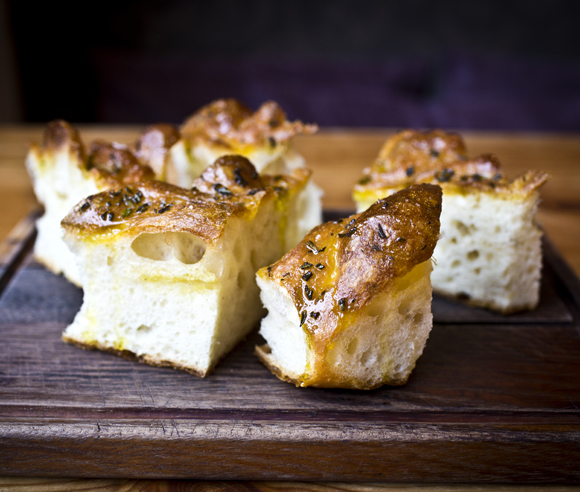 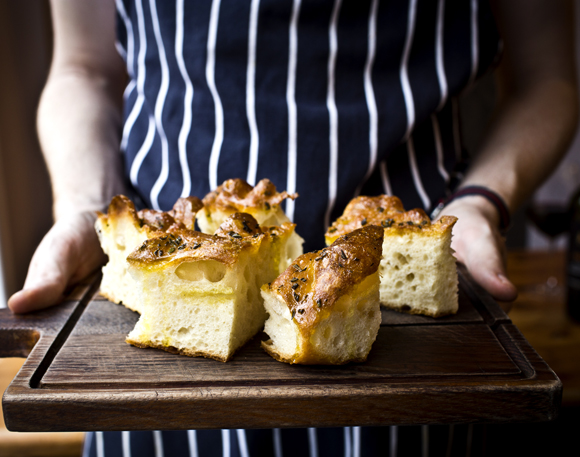 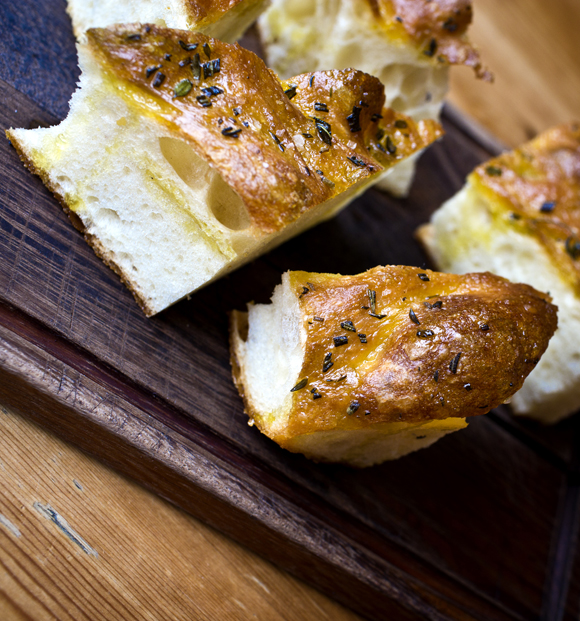 Shin of beef and chips. 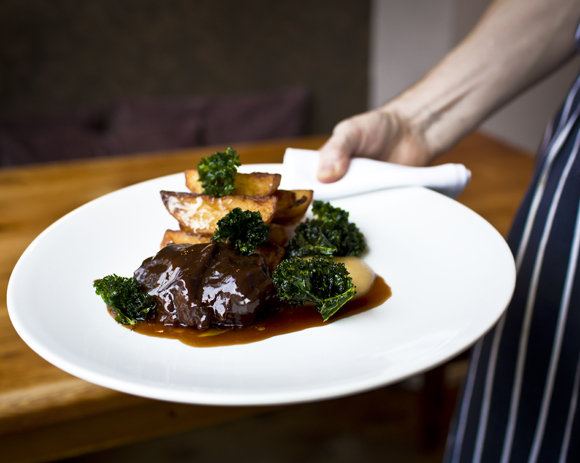 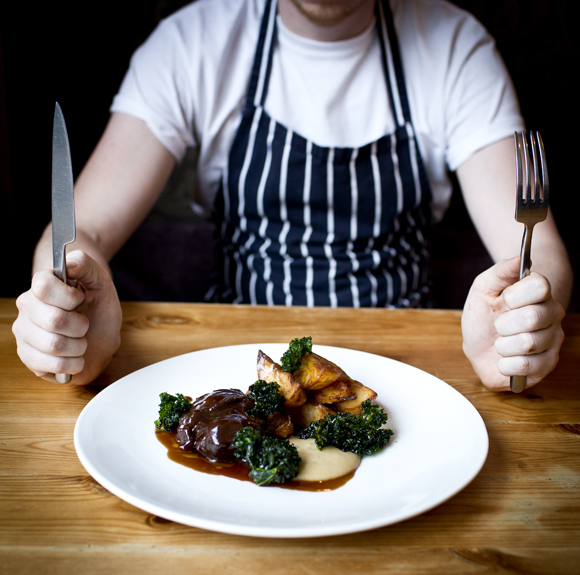 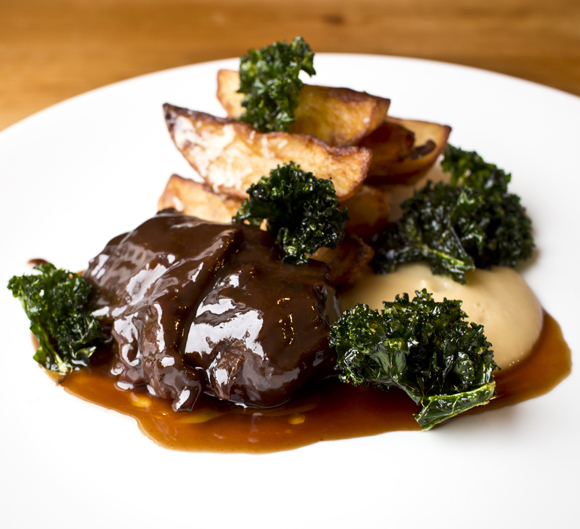 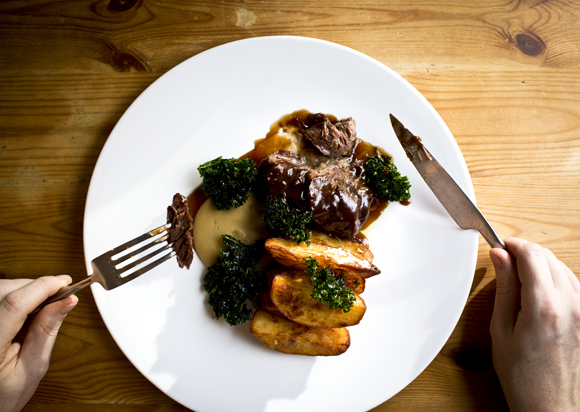 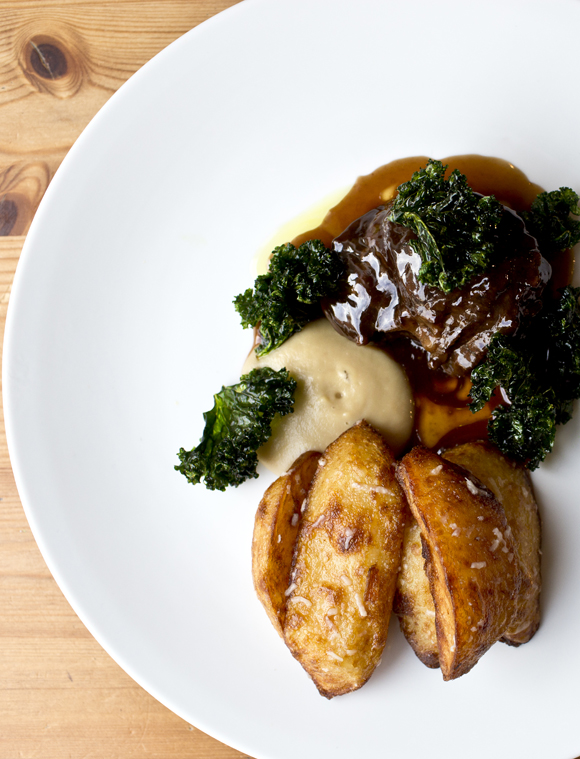 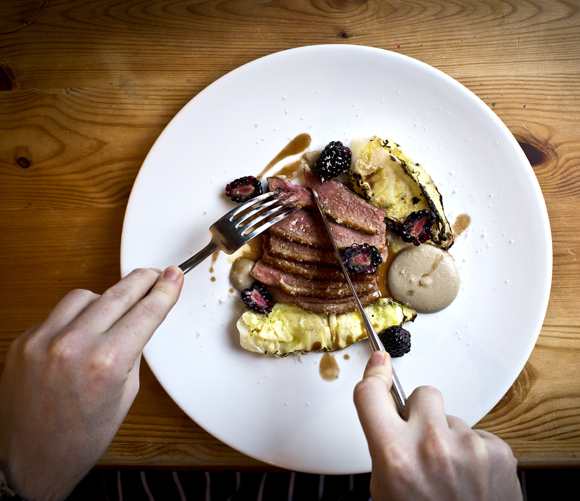 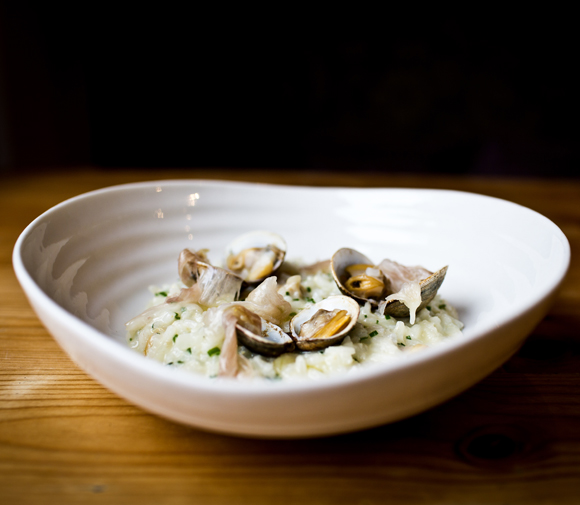 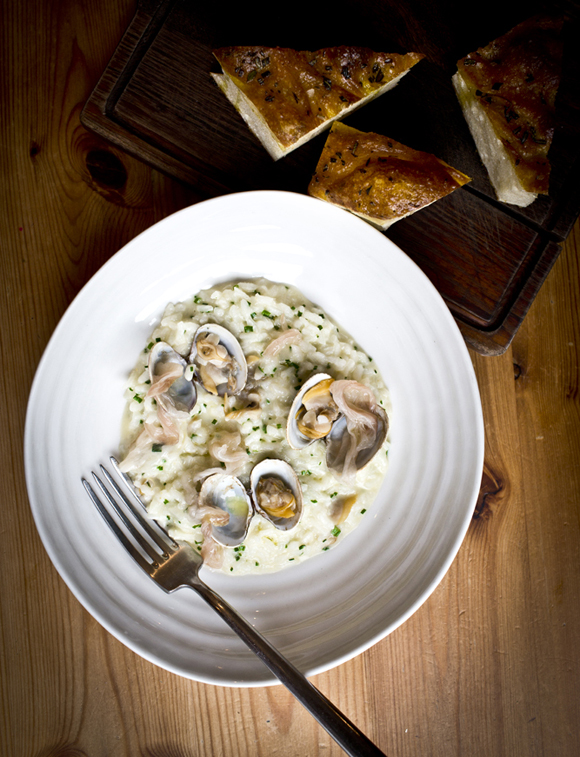 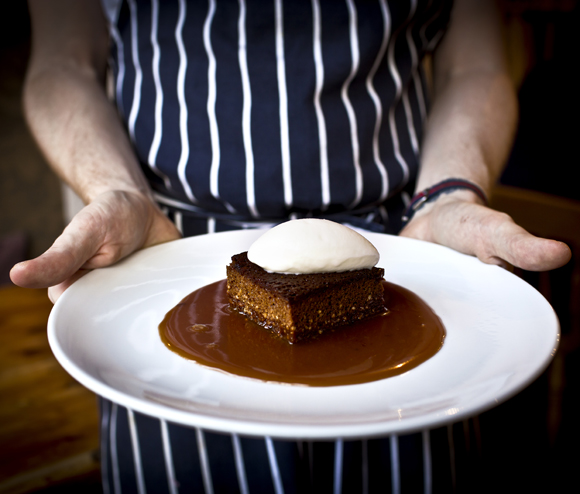 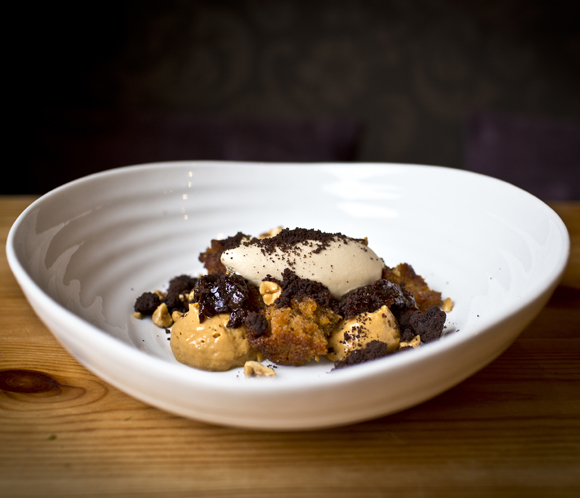 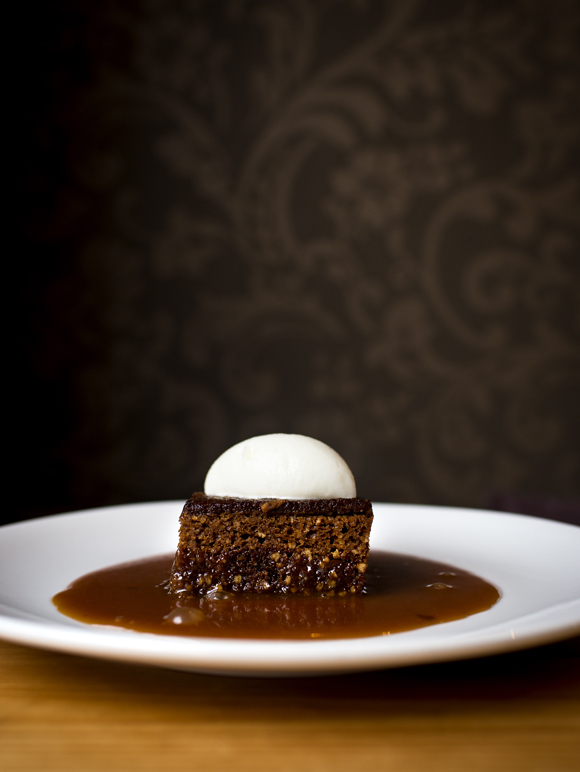 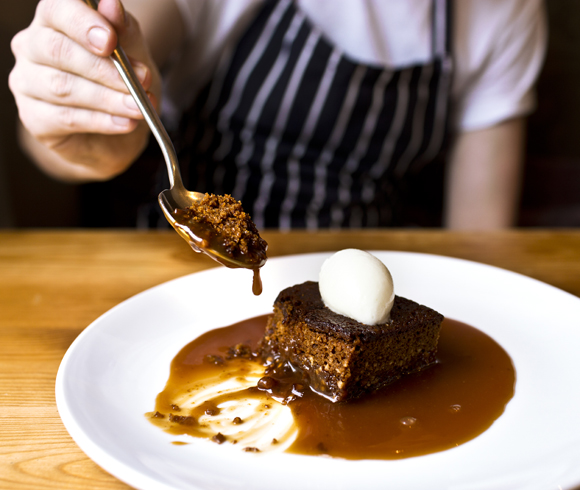 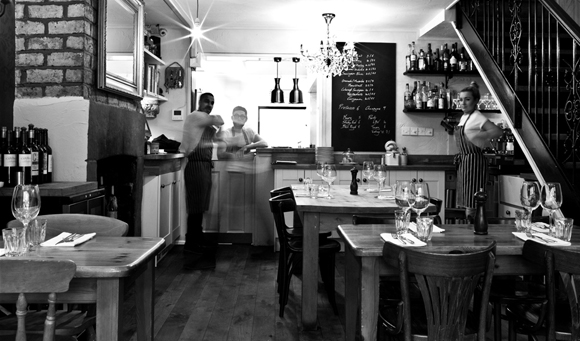 BACON: One last thing, Gary what would you eat for your last meal?
GARY: It changes all the time. Probably something like an apple tart tatin for 6 people with a kilo of clotted cream.

Follow @Bacononthebeech
Posted by Bacon on the Beech at 18:59