At the beginning of the year I was contacted by Daniel Young at Phaidon who are soon to publish a 'World's Best Pizzerias' book. As an amateur proper pizza enthusiast, he asked me if I could nominate some local judges in our region and I'd get to cast a vote too. I asked the likes of Jules and Bailey from Grub and Franco from Solita who I believe will also be opening a proper pizza place soon.
The problem was that at the time no decent pizzerias in Manchester existed. Not one permanent quality pizza restaurant. Another real mystery and embarrassment for our city. When I say decent, what I'm looking for is a that real attention to detail and the want of doing things properly with real care. Using simple but quality ingredients and perfecting the dough etc. These simple things are often deceptively tricky to get right. At that time there was nobody apart from mobile street food operators like Honest Crust. I think everyone in their right mind agrees that these guys are the best in the North West. They certainly got my vote any way. I've eaten their pizza in various locations and now they have a permanent home at the phenomenally successful Altrincham Market. Not strictly in Manchester but a short tram ride away.
1. Honest Crust.
I normally go for the spicy N'Duja but they're all good here. This particular one below, Honest Crust owner Richard Carver even had to slide under the barriers in Albert Square as I had Sam with me and we weren't allowed into the square for one of the events. 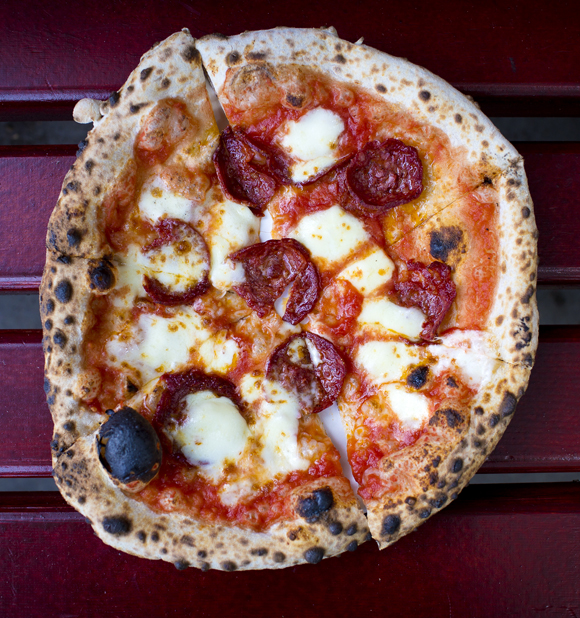 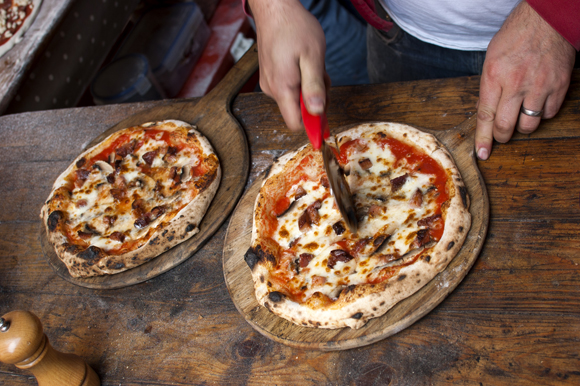 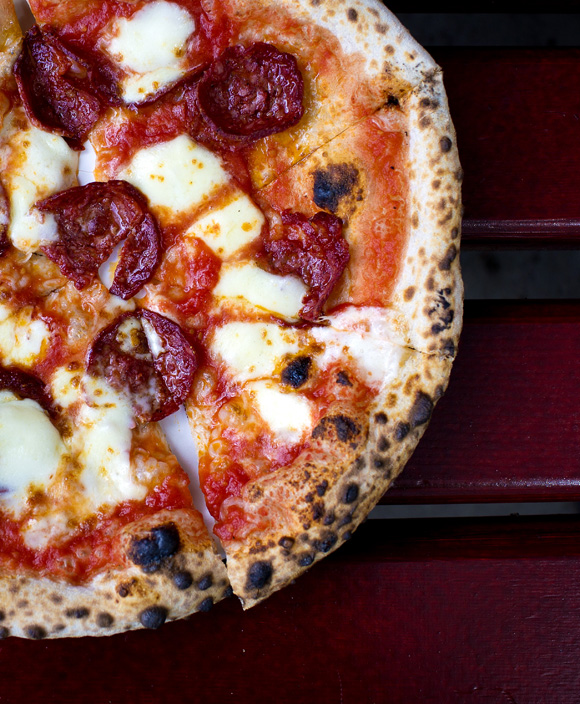 2. Rudy’s Pizza.
There's no doubt in my mind that Rudy's would have made the book if they'd been open at that time. They're pizza obsessives and that attention to detail shows. The base here is especially good, springy and light. I had a 'white pizza', the Ancoazzese ~ chilli flakes, mozzarella, tuscan sausage, wild broccoli, parmesan and extra virgin olive oil. I prefer my pizzas a little wetter (the white pizza is without tomato so is slightly drier) but you cannot argue with the quality of these pizzas, currently the best in the city centre. 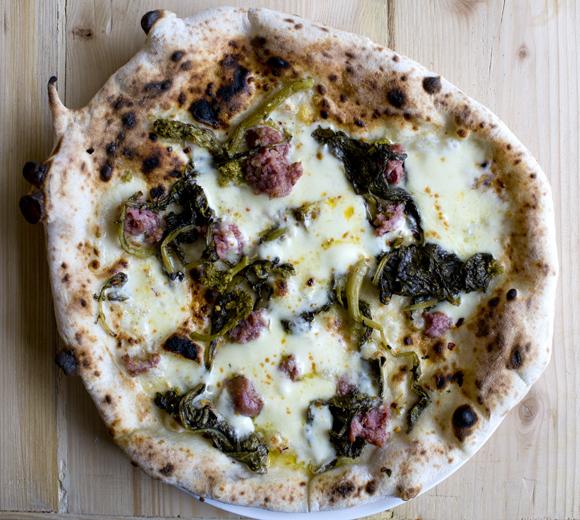 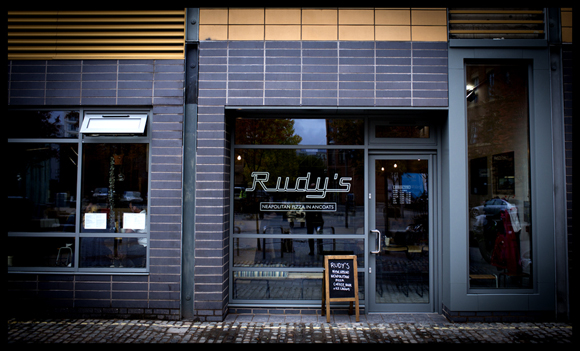 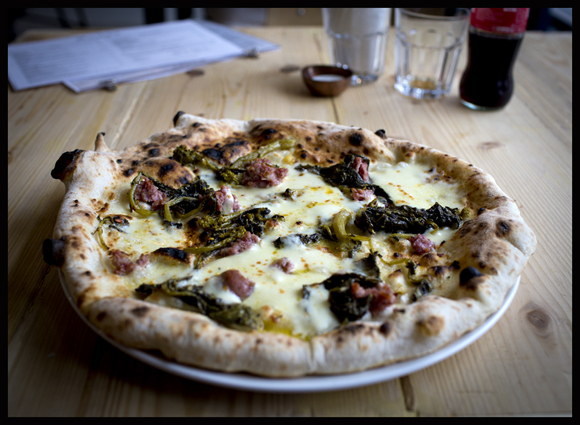 3. Double Zero, Chorlton.
I went back several months after our initial few visits when they first opened. I have to say I was impressed, they've come on loads and the interior is cosier too . This Vulcano Pizza with spicy N'Duja hit the spot. I liked that they're not tight on the toppings, it was nice and juicy. 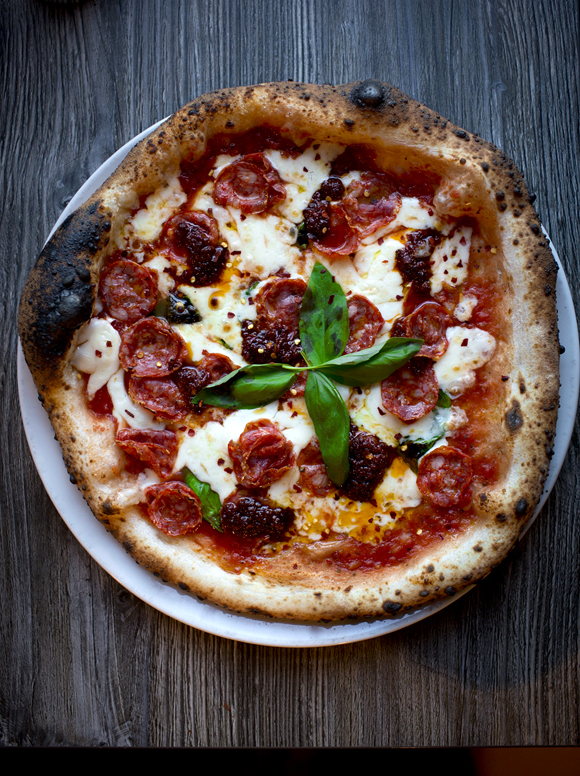 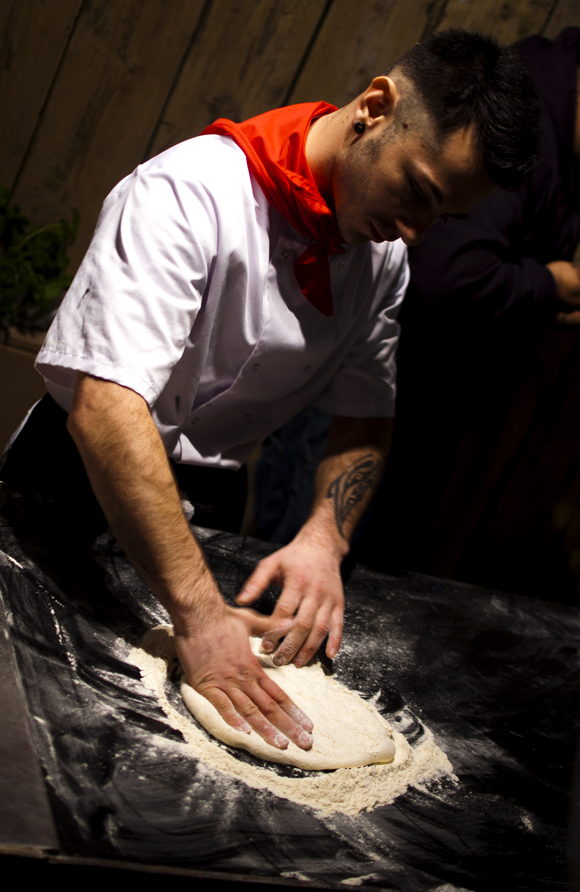 4. Purely Pizza
I'm cheating a bit for this one. Purely Pizza are based in Southport but they have appeared regularly on the Chorlton Green Market. Their pizzas are very decent. 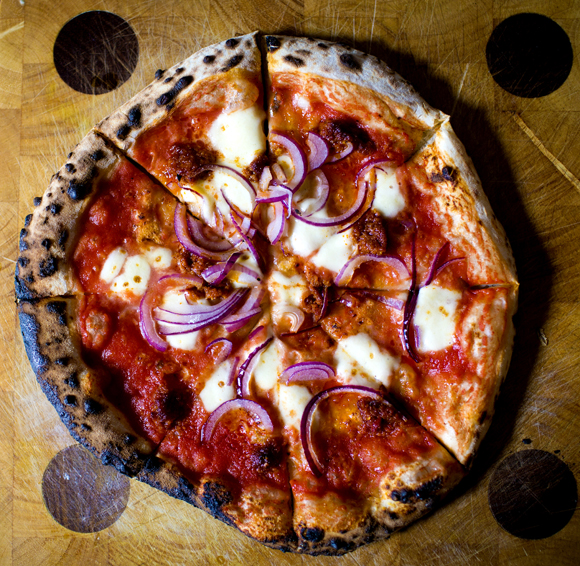 5. Ply.
I really liked Ply and it's dog friendly too. I think they really made an effort to get the pizza right. I enjoyed mine a few months back but they look even better now just from pictures on  their twitter feed. 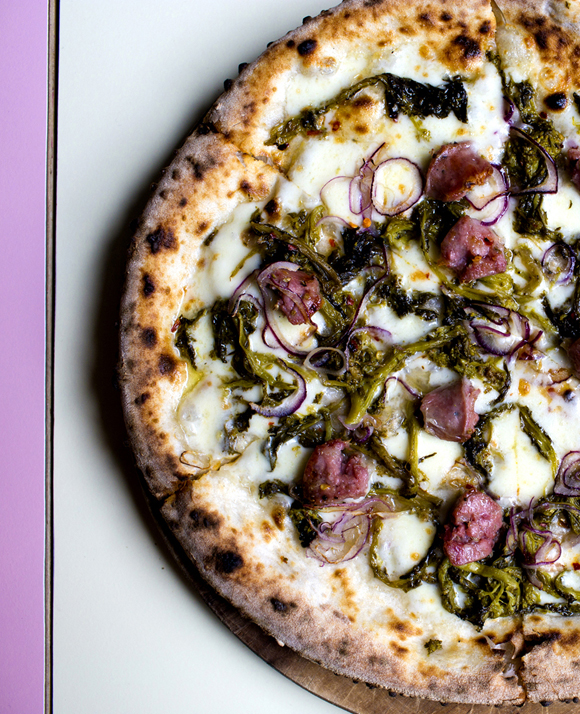 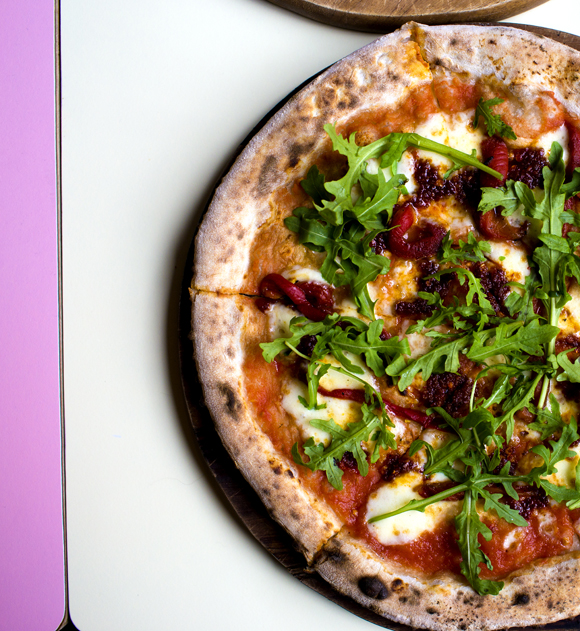