I've noticed recently that 'productos' is a word that pops up again and again in self titled descriptions of Spanish restaurants online. As previously discussed on this website, the Spanish know that only if you start off with the very finest produce can you hope to achieve real excellence. You often see it in 'normal' everyday Spanish restaurants too. I realised this when we went to a fish restaurant in Anglesey recently. The quality was completely lacking and hugely inferior to that found in Spain. I'm guessing that customers here may not demand superior produce because they are not used to it so cannot recognise it.
There are some places that are elevated by their world class 'productos'. One such restaurant is Asador Etxebarri. Another is Ibai in the back streets of that foodie capital; San Sebastián.
Ibai is a temple for food travellers. But it's not your obvious choice like the famous starred places that people tick off their list like Arzak or Mugaritz. It's almost a secret, hidden behind an unassuming pintxos bar. The very idea of Ibai; the hidden cult status and the elevation of the product to mythical levels. All this is so attractive to me, I just knew I had to book. But it's notoriously difficult to reserve a table. You'll need a friendly Spaniard to phone for you unless you're very confident speaking another language on the phone. (I wasn't). They only open weekdays for lunch too. 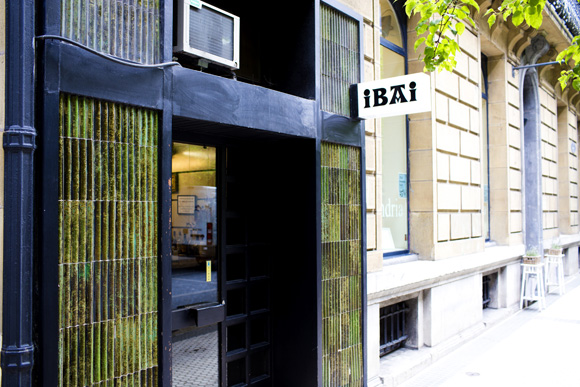 We wait at the bar with our drinks until being shown to our table in a small traditional but cosy dining room, similar to many others we've been to over the years. The menu is at the bottom of the page but around half the items listed are not available on the day as explained by the friendly lady serving us. Some explanations are achieved through Spanish, others by mime! (We didn't find any unfriendliness at our lunch here at all). They strictly only use what are the very freshest ingredients available that day. 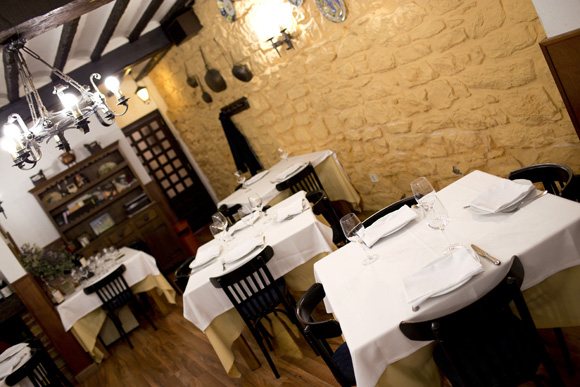 We make our choices.
Bread arrives. Strangely it is the average sort you get at usual Spanish restaurants not exceptional at all as you'd expect. We begin with a plate of warm rich Chorizo much better than the usual stuff with a dense texture and rich flavour. 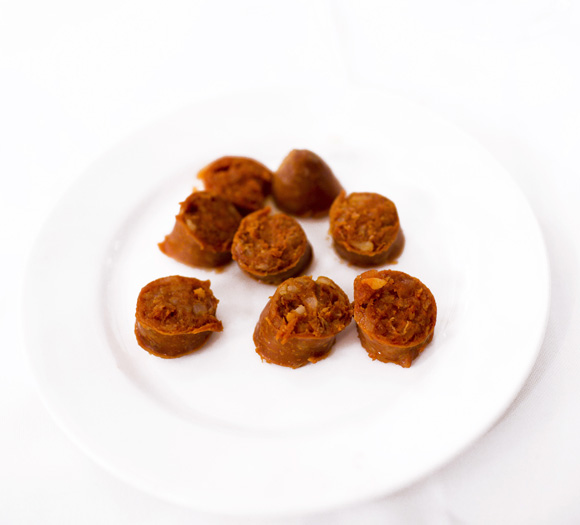 Dining with good friends, I had been concerned that Ibai wouldn't be 'fancy enough' for our companions as we usually go to starred places together. But Ms. Rice declares the Lobster Salad the best lobster she'd ever eaten. It would be hard to disagree. The lobster is firm and full of flavour like it had only just left the ocean that day. 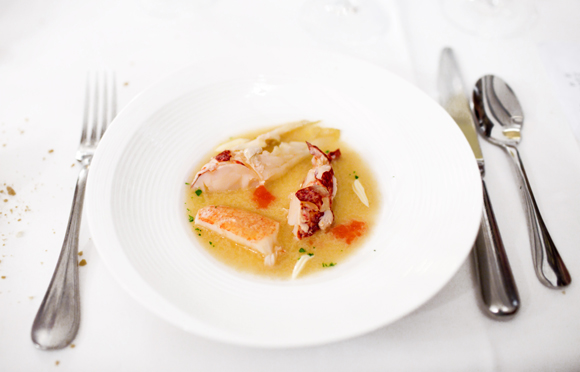 Guisantes. As good and as fresh as the ones at Asador Etxebarri. The confidence of the chef, serving just a plate of peas. You're unlikely to find better anywhere. 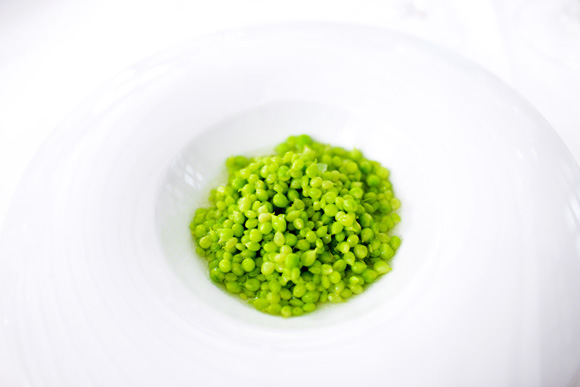 Forest Fungi. Hongos y setas del bosque. A simple but perfect dish of earthy mushrooms 'from the forest' another case of letting the finest product speak for itself. 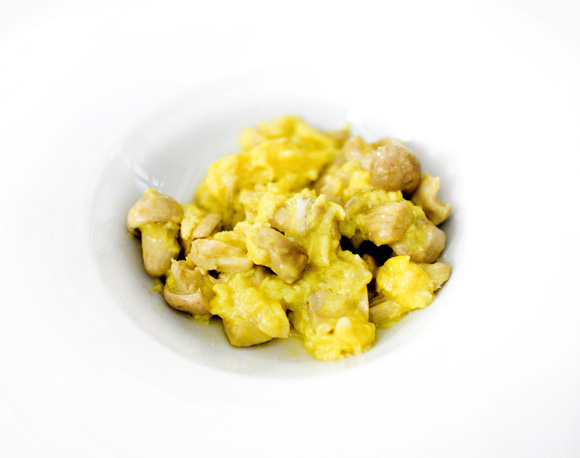 Kokotxas or Hake cheeks (or chin more accurately) are a favourite of ours and locals. These are served the traditional way in a green sauce. I love the unique oily, gelatinous almost oyster like texture and full-on flavour. Not for the faint hearted though this one. I can't recall a better example of this dish anywhere. 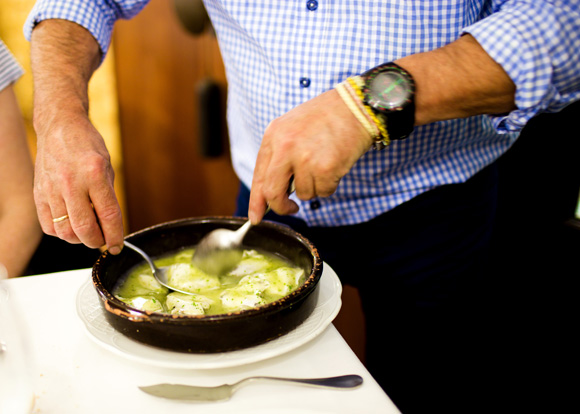 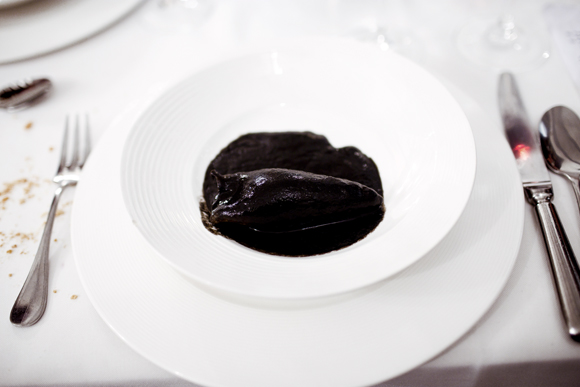 The fatty, rich  beef chop Chuleta de Vaca again is equal to the one at Etxebarri. Great chips too, I could have eaten more. 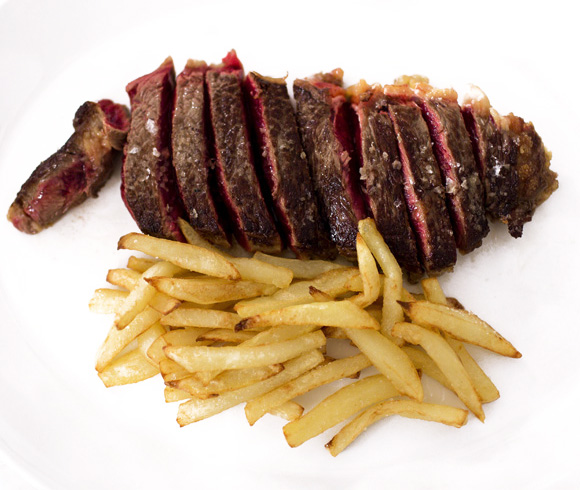 I've seen cooking described as accurate elsewhere and you couldn't describe Ibai more perfectly. Everything in it's own genre here is about as simple and as perfect as it can possibly be, using without doubt the freshest, finest produce in this part of the world or in any world for that matter. We all loved it here, it really was a mighty fine lunch. Although it's the antithesis of 'fancy fine dining', that is indeed it's charm and part of the whole experience. My only reservation is that it's somewhere I could imagine being a little bit of a bargain but it isn't at all. Locals I hear describe it as overly expensive and in anyone's book, it is. With a Michelin star restaurant you can see where your money goes; service and staff. That isn't the case here.
The question is would I return? Even though we all enjoyed it, I wouldn't, as we've experienced it now. There are too many quality choices here in  San Sebastián for a lot less money too. You pay your money you take your choice but as a one off experience and with 'producto' of this quality, Ibai is hard to beat. 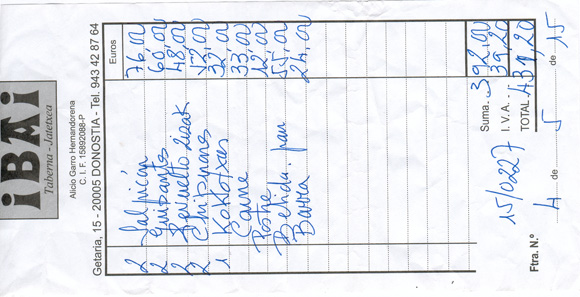 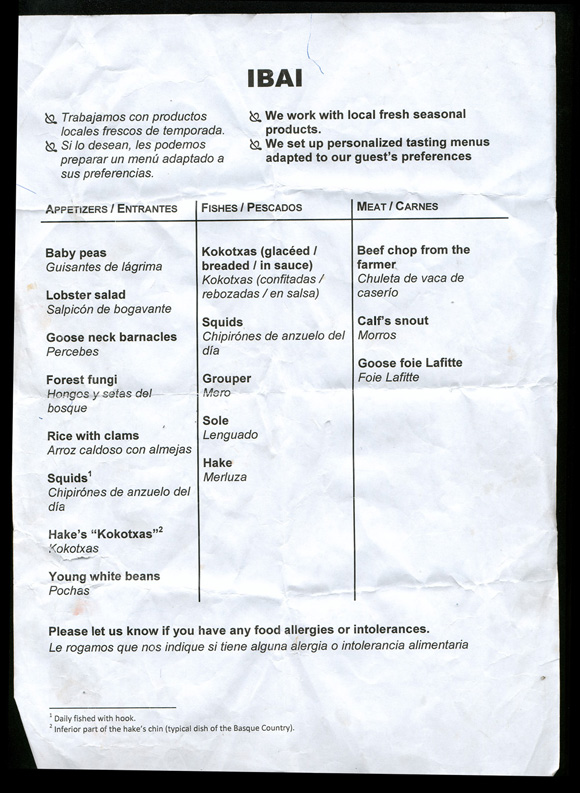 Payment by cash only. Follow @Bacononthebeech
Posted by Bacon on the Beech at 18:30