Carabinero or Scarlet Prawns are considered amongst the very finest in Spain and are highly prized by locals. (Along with a separate variety, the Gamba Roja which includes the famous Palamós Prawns which we had recently at Asador Etxebarri).
They're so called because they match the uniforms of Spanish customs police. I've spotted carabineros on menus such as at London's Barrafina but I've never seen them in Manchester. Why is that? Well they're pretty rare over here. By all accounts, London restaurants hoover any up and also they cost more because they're so coveted. They are prohibitively expensive for Manchester restaurants where there will be little demand anyway.
I gave the challenge to my local and brilliant fishmonger Out of the Blue. Within a few weeks they'd arrived. I'm not sure why I rushed in to get them, no local restaurants will touch them as anticipated. (Meanwhile the likes of nearby Croma sell a few tiny, tasteless, Iceland style prawns for about £6). 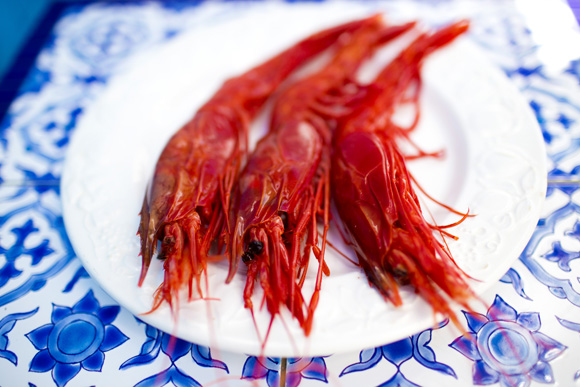 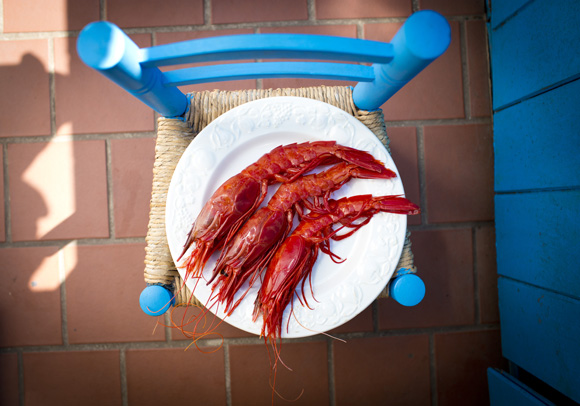 I'm shocked by how gigantic they are, they're almost lobster sized. That's how they really should be considered too. There's that unique striking scarlet colour, which is how they already are pre cooking.
We buy a couple of disposable BBQ's and invite a couple of friends over. They go on the hot BBQ for four minutes each side, timed to the second. (Give or take for size). 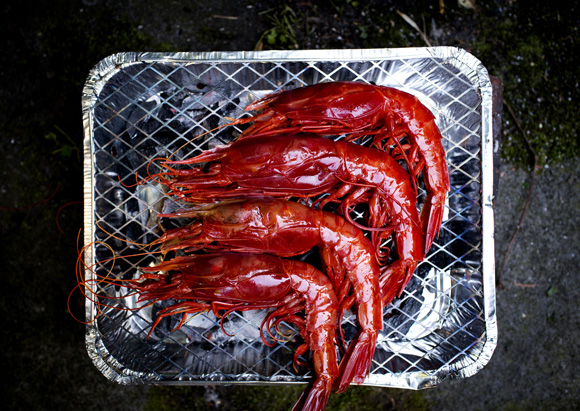 They're divine. A sweet but robust taste of the sea. You open the head up and suck the hot brain juices out, a real connoisseurs trick. If you've done this once, you'll never go back, it's like the most supreme, hot, rich fish soup you ever had. We experiment with cooking times, with a slightly longer cooking time, the flesh is decidedly firmer but that distinct flavour is still there. These are like the crustacean version of the chuleta steak you may have seen in previous posts on this site. 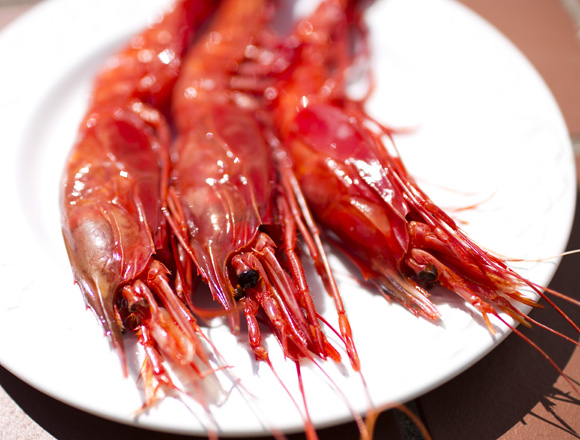 After we've devoured the lot, the shells go into a fantastic stock that stinks the house out for two days despite all doors and windows being open. It's all worth it though.
If you want the best you have to pay more for it but this is currently the only way to get this fantastic produce (that I know of) in Manchester and even then supply is limited. Get 'em while you can.

A dozen Carabineros cost me £50.

Follow @Bacononthebeech
Posted by Bacon on the Beech at 20:17