Going to Asador Etxebarri is all about the journey. Travelling down narrow winding roads in our hire car from Bilbao on the road to San Sebastián and though verdant grassy mountainous countryside. It's also about a wider culinary quest for the finest food to be found in this fantastic country. A journey that we started seriously over a decade ago in Cala Montjoi near Roses and now leads us here.
It's been a long time coming. Of course I knew everything about it already, how chef Victor Arguinzoniz built his own bespoke wood fired grill, utilizing the freshest local ingredients possible, an obsessive quest for simplicity and purity over open flames. 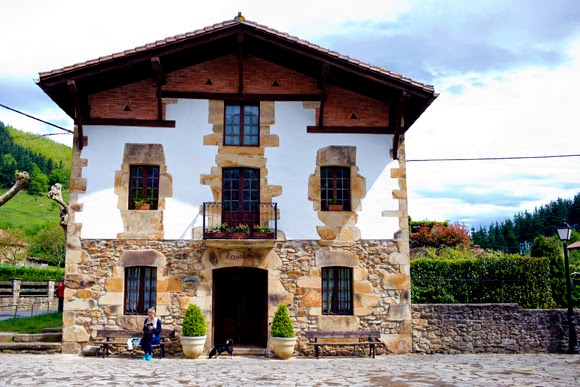 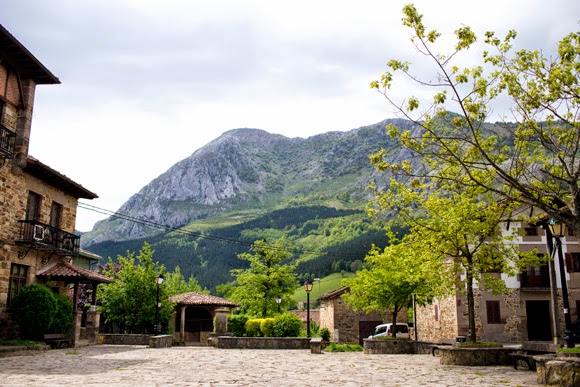 We arrive early onto a large open cobbled square. Kids are playing this Sunday morning and cyclists in lycra stop to get fresh water from the fountain at the church opposite. This and the restaurant appear to the main two buildings in the village, surrounded by dramatic mountain scenery and lush green fields. You can even hear the bells tinkling in the distance from the nearby goats.
We sensibly hold ourselves back from the impressive looking pintxos on the bar and sit in the sunshine with drinks (mine a fresh tasting tangy home made beer I'd guess).
At exactly 1 PM we go up to the restaurant but are offered the outside terrace area which is a perfect spot, with children's drawings of purple headed mountains as the dramatic backdrop.
We start with a simple smoky Bocadillo de chorizo, it's a given that the chorizo will be high quality but the bread is superb too and served generously throughout the meal. They're both home made in house. 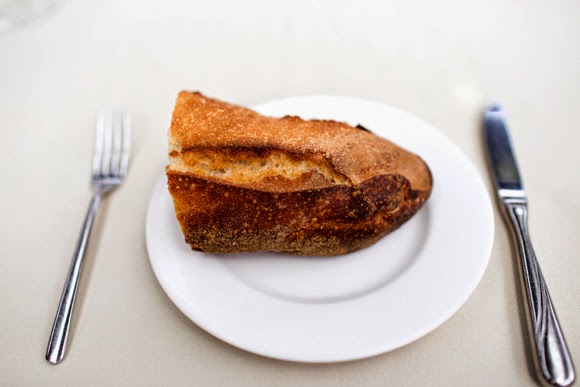 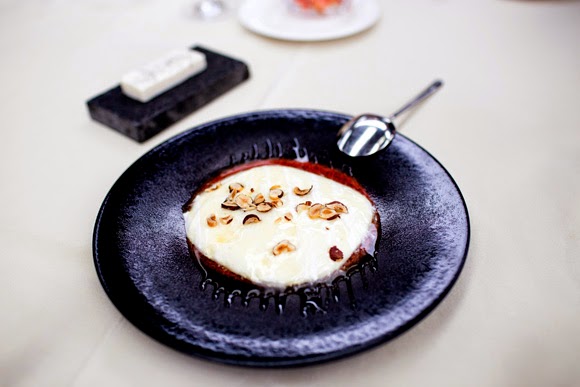 Mantequilla de cabra. Wow, this goats cheese butter churned in the kitchen is something else, a denser texture and a strong pungent flavour.
Cracker. 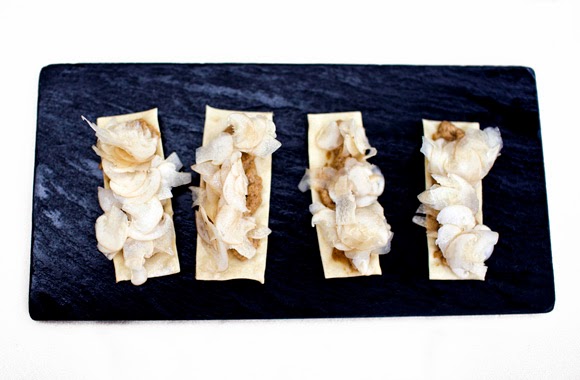 Anchoa al salazón sobre tosta de pan. The freshest tasting anchovies without even the merest hint of over salting, something that in hindsight is constant through the meal. 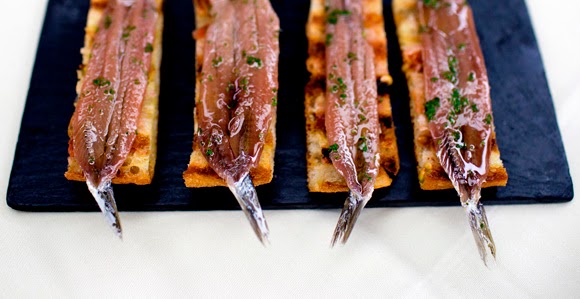 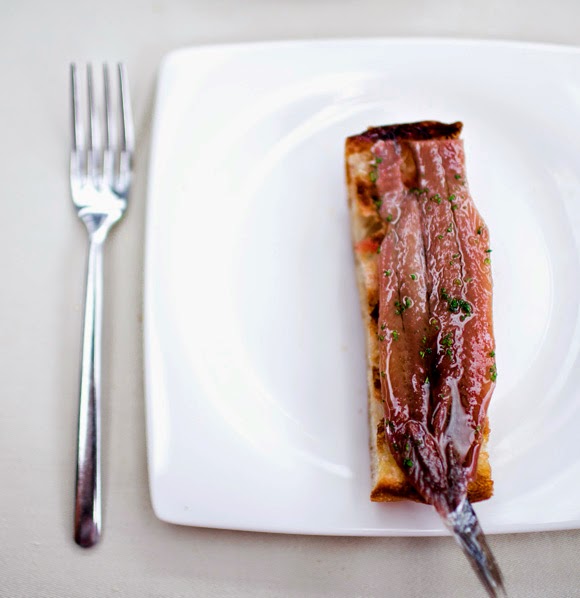 Ostra y espinaca. I prefer my oysters naked and raw so this would be better pulling back from the grill and letting the wonderful product do the talking. 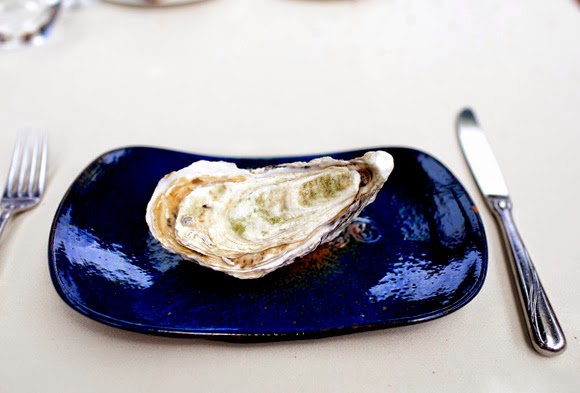 Gambas de Palamós. The famous prawns from Palamós in the Costa Brava, the best you can get in Spain if not the world. Tender, buttery and the freshest you could imagine, like they've just been swimming in the open sea. The very best thing of course is sucking all those lovely juices from the head (not for amateurs this one). 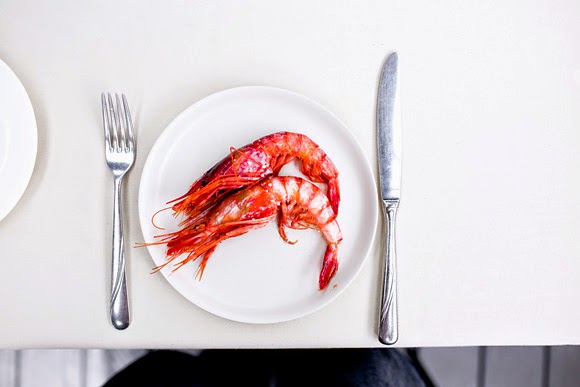 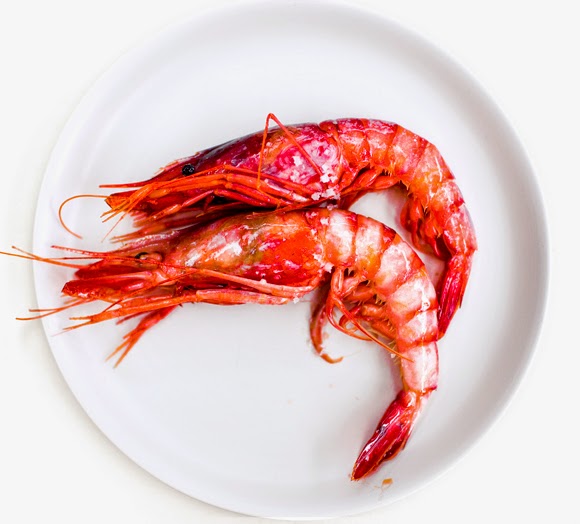 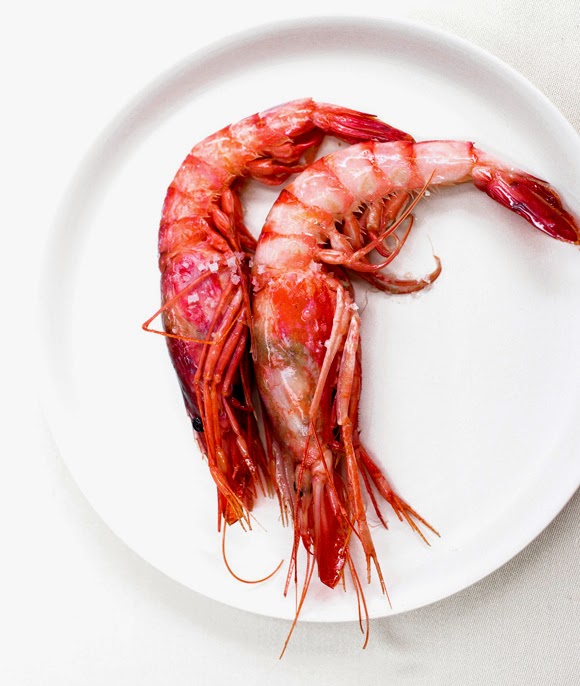 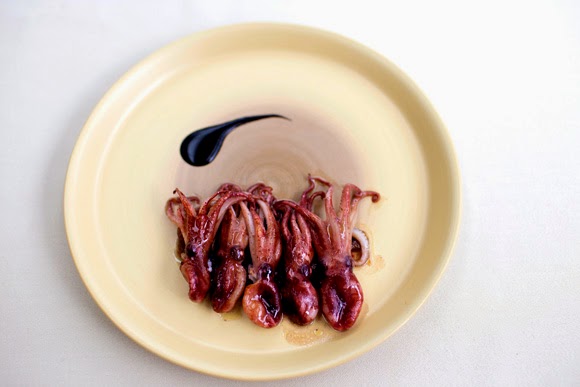 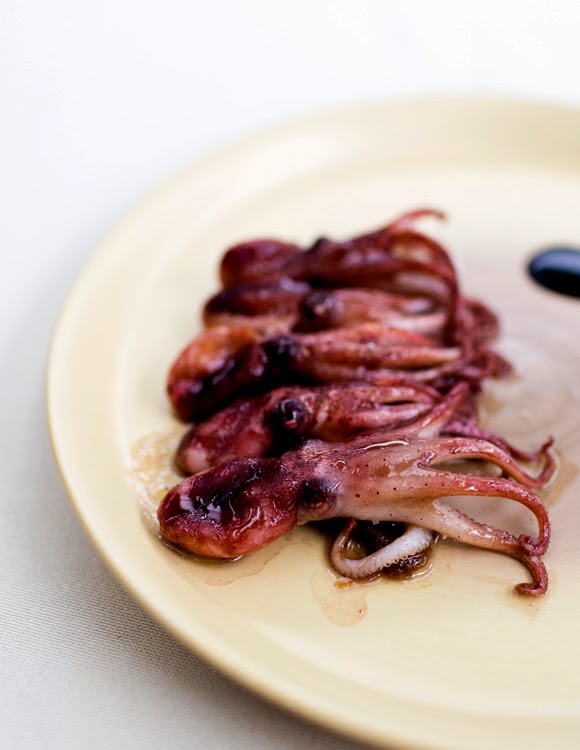 Revuelto de zizas.
Guisantes. A simple and lovely dish with the freshest peas you can imagine. 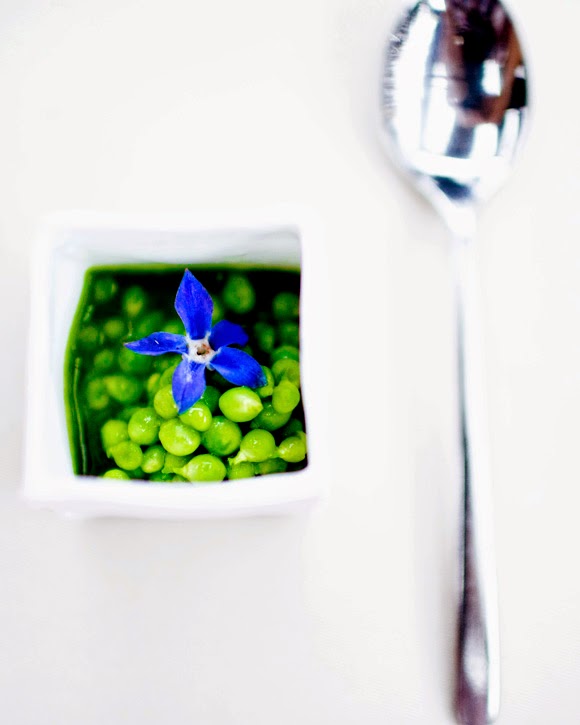 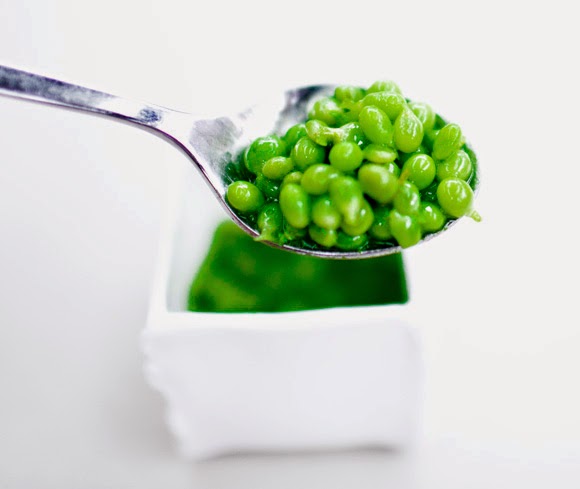 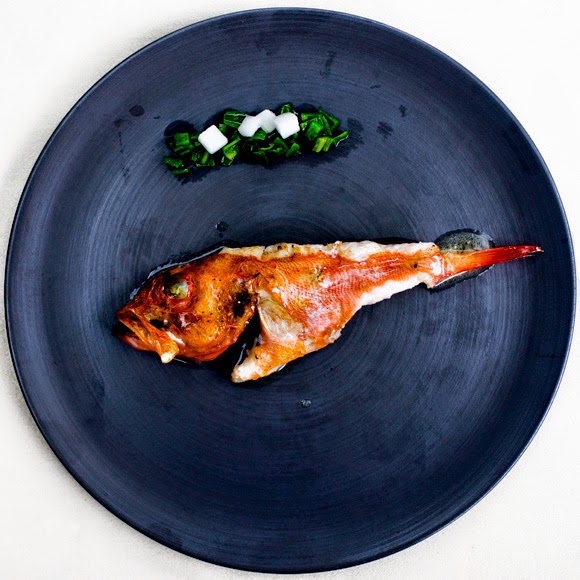 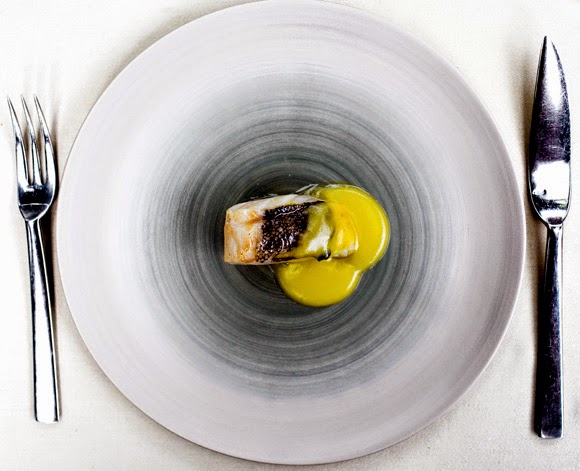 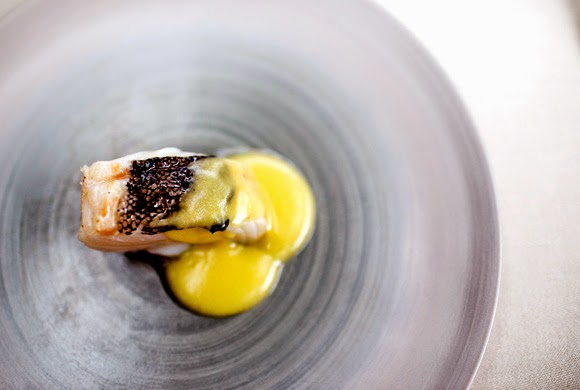 Chuleta de vaca. Another signature dish, the famous Basque steak, probably the finest I've eaten. It has a different texture to the British beast, a fleshier fattier mouth feel and a crunchy salty skin. One of the differences is due to the age of the animal. In the UK, the slaughter takes place at around 30 months (when it's financially most viable) whereas here the cows and oxen are around 8 years old. The older meat is fattier (we all know that in ourselves) and more fat equals more flavour. It also helps that they have perfected the cooking method here too so you get the exact combination of fat, deep mature flavour and salt. 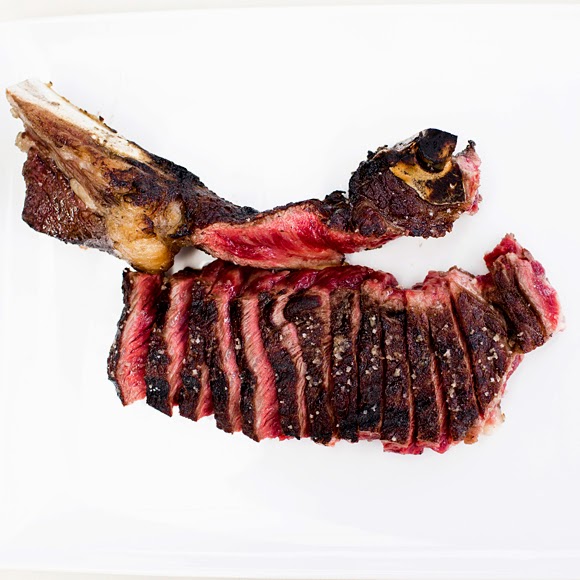 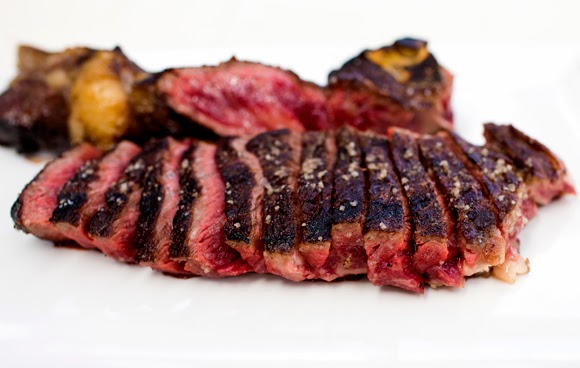 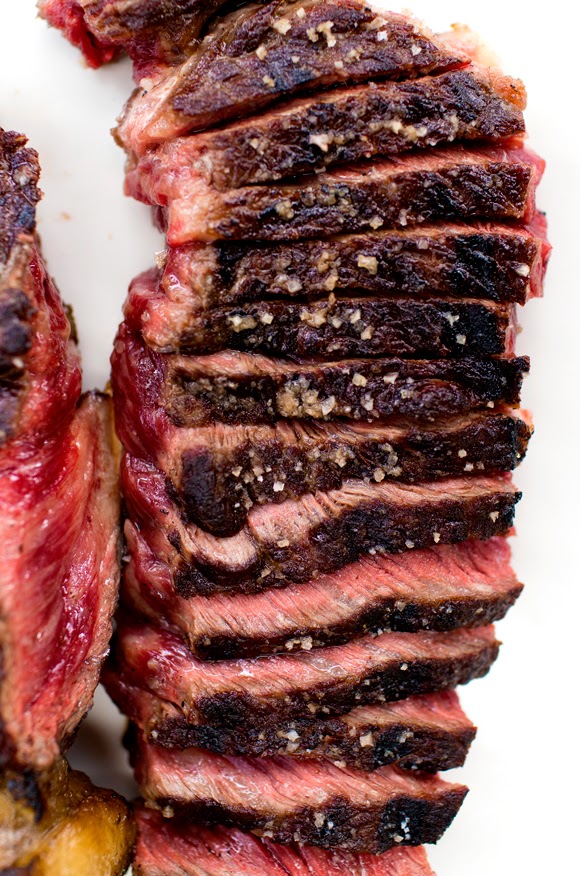 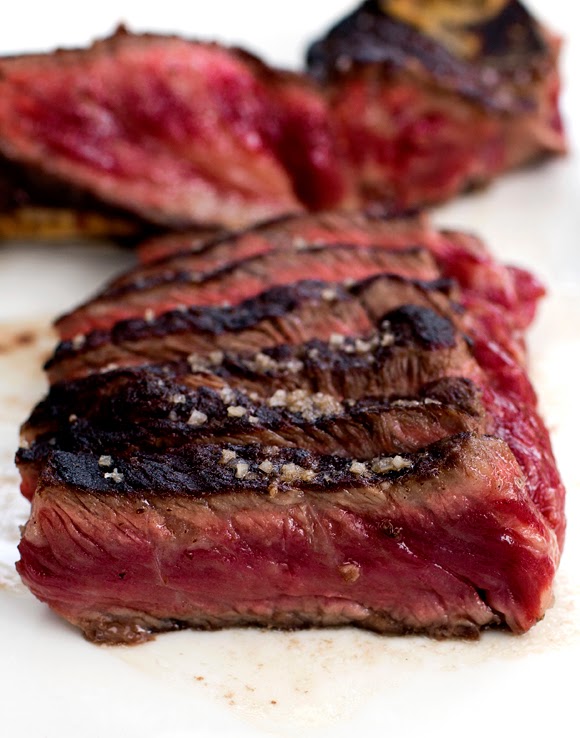 Helado de leche reducida con jugo de remolacha. A huge surprise to us were the desserts. Our friend Dr Dawn declared this the best pudding she's ever had. It'd be hard to disagree with this, they're so simple and yet so good. 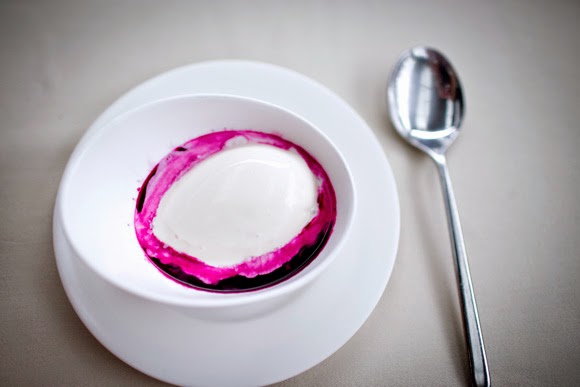 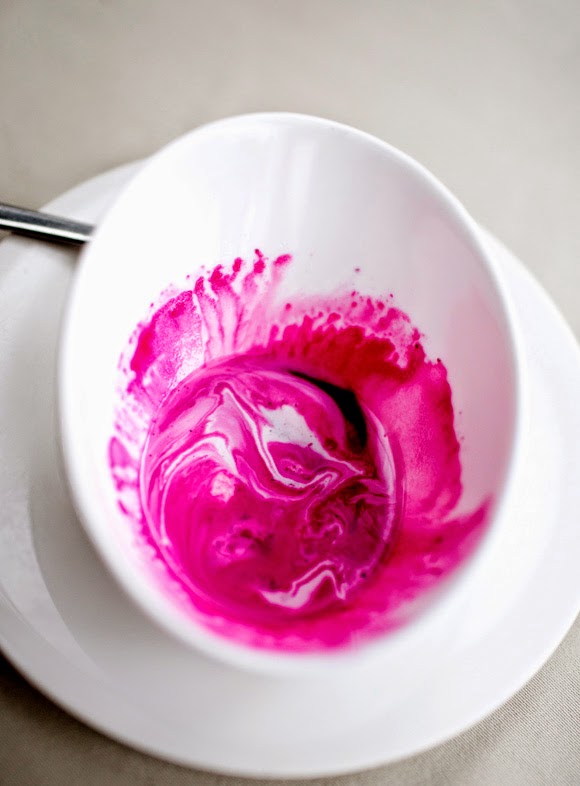 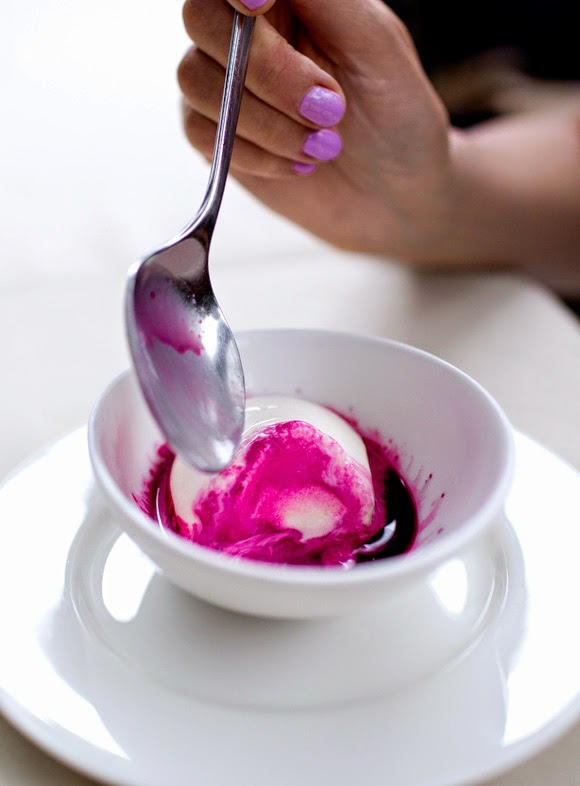 The Flan de queso is superb too. 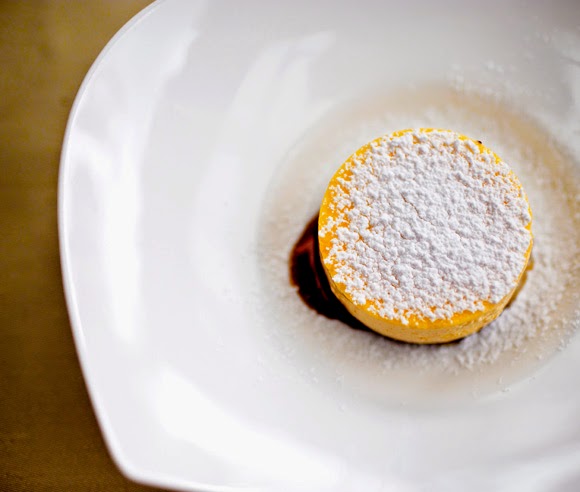 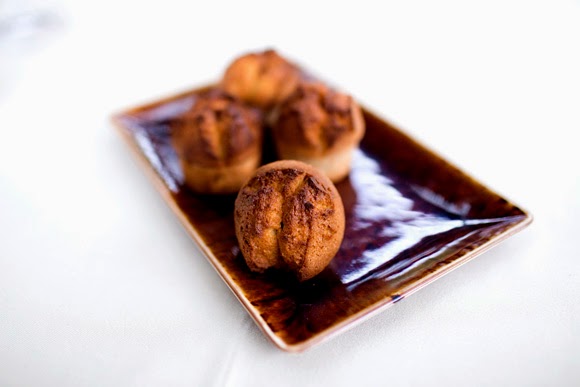 Service is perfunctory, service with a smile doesn't seem to be the Basque way and this place is no different. Our friends who take the wine flight are explained the wine in one succinct word, 'dulce' (sweet) for the dessert wine for instance. But if anything this adds to the rural charm of the place.
The pilgrimage to Asador Etxebarri is a well trodden one for food travellers but it's one that's well worth it. Chef Victor Arguinzoniz has taken simplicity to beautiful and artistic levels. It's a move away in the opposite direction from the 'fancy' food of Michelin stars although ironically it achieved a star itself in 2010 and has rightfully kept it ever since. It's simple, traditional and pure with a real respect for the impeccable produce found in this wonderful part of the world.
If you take your food seriously, you have to eat here at least once in your life.

Basque and Galician beef is imported to the UK by txuleta.co.uk