As I've said previously on this website, I've not always been convinced about the merits of Street Food Festivals or even Beer Festivals for that matter. At their worst they're a rip off, often housed in cold uninviting warehouses or outside in all elements, usually charging extortionate prices for the pleasure. I usually leave about £50 down, thinking that I could have saved myself a few quid by going to the local warm pub followed by a curry. Like restaurants and farmers' markets, street food traders range from blatantly rip off, band-wagon jumping merchants to those offering something different and originating from passion rather than a way to make a quick buck. 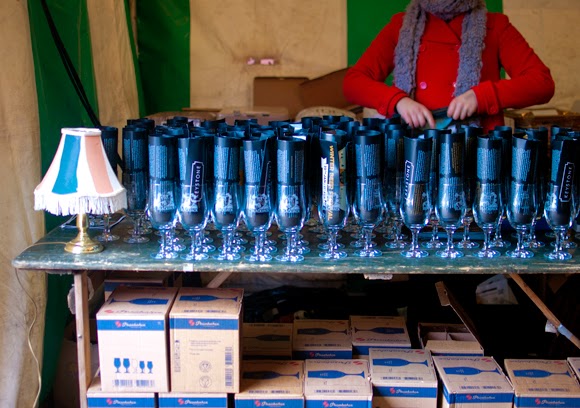 Thankfully the food we ate at GRUB last weekend was certainly some of the best we've ever had at a Street Food Festival, in fact it's some of the most enjoyable food of the year so far and it didn't cost a fortune. We start off with Fu Schnikens who specialise in handmade Taiwanese steamed buns. 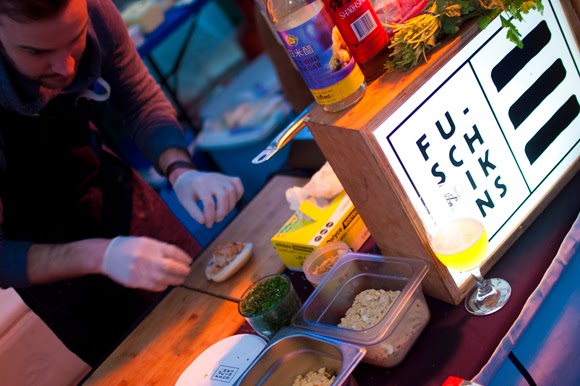 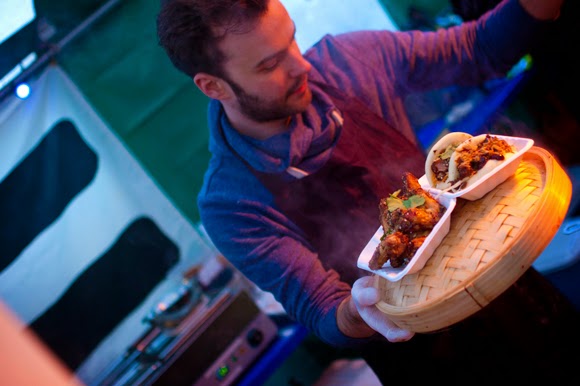 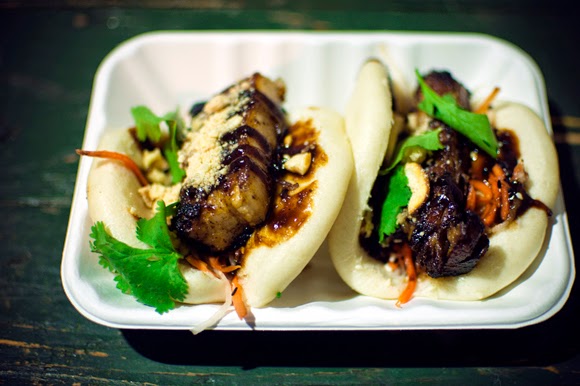 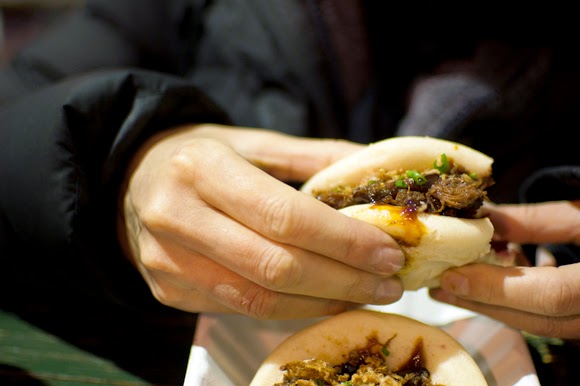 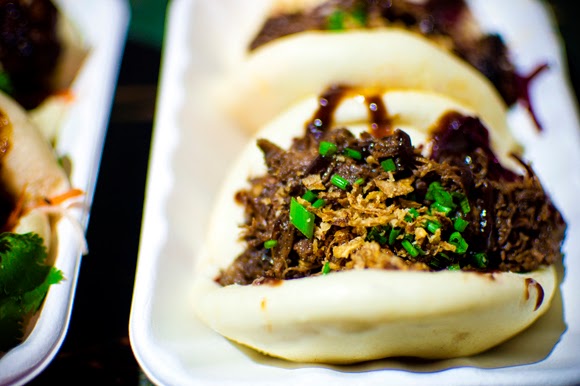 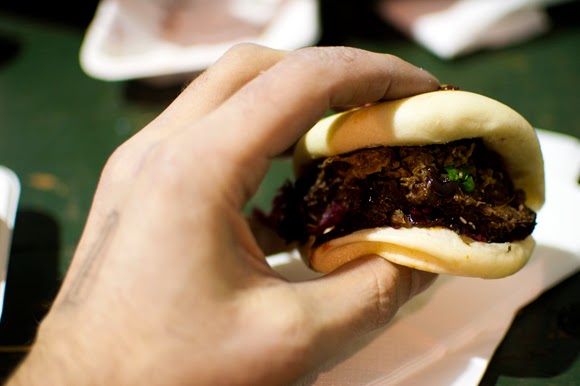 Christ, these are so good. They're just perfect bundles of soft, pillowy buns filled with slow rich tender pork belly. They have a slight almost Chinese, sweet element too which works so well. It's no wonder that these guys won a recent best street-food in the UK award.
There is also Sticky Soy Ox Cheek, Pickled Beetroot, palm sugar, chives sesame (£3.50) which is so good too. I go back for more of the Glazed Pork Belly, pickled mouli & carrrot, hoi sin, sesame, coriander, palm sugar, panko crumb. 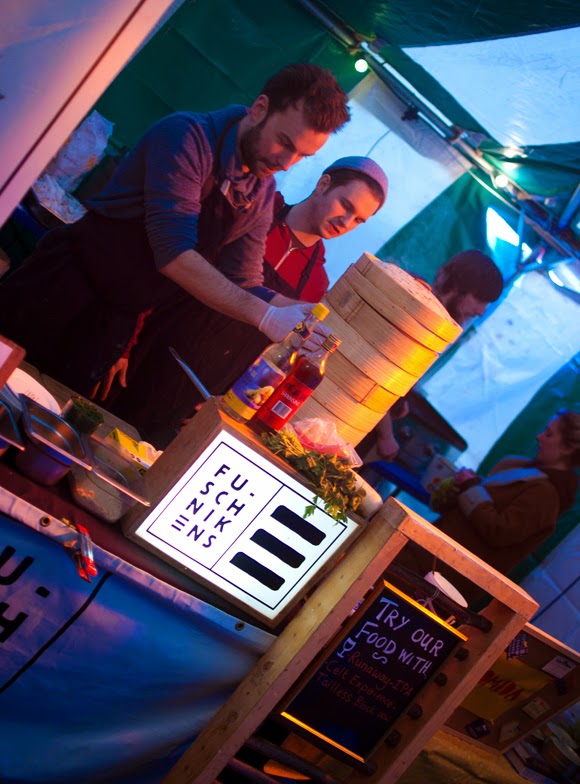 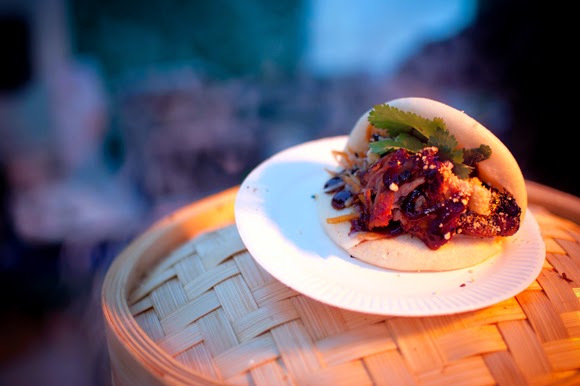 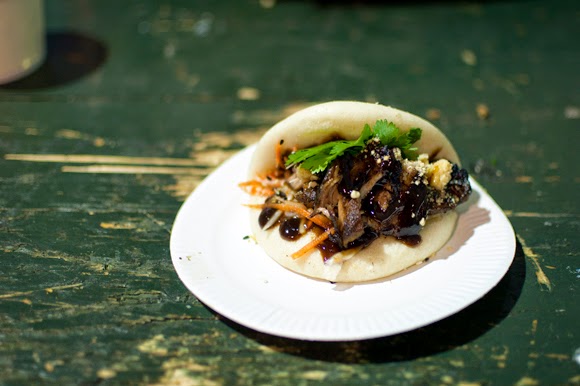 I'm actually starting to wonder how many of these I could eat in one sitting, 5, 10? But no, I must be good, there's other stuff to be eating.
I must mention the beer selection too, it really is rather good. Well you'd expect it, we are sat in the Runaway brewery. 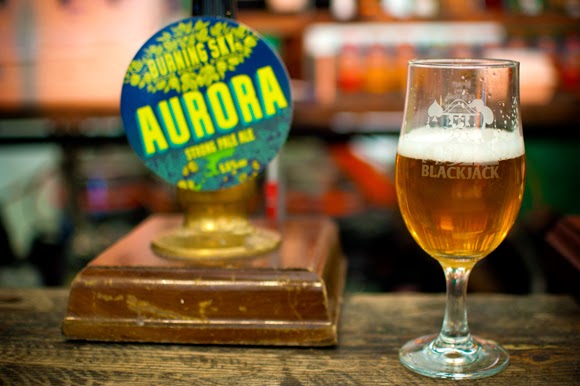 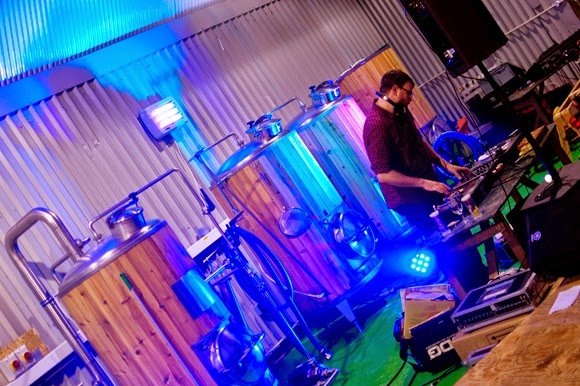 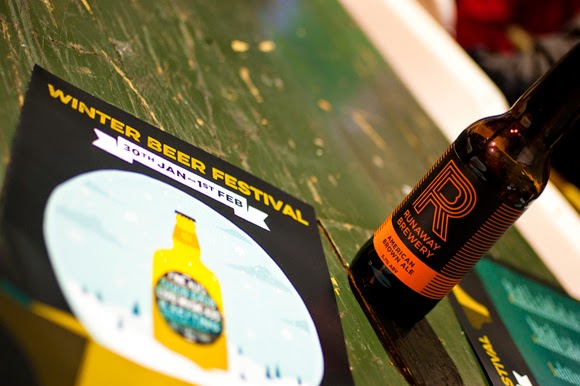 My only criticism of the event is that it's bloody freezing inside but we're well prepared in our thick Winter coats and hats. 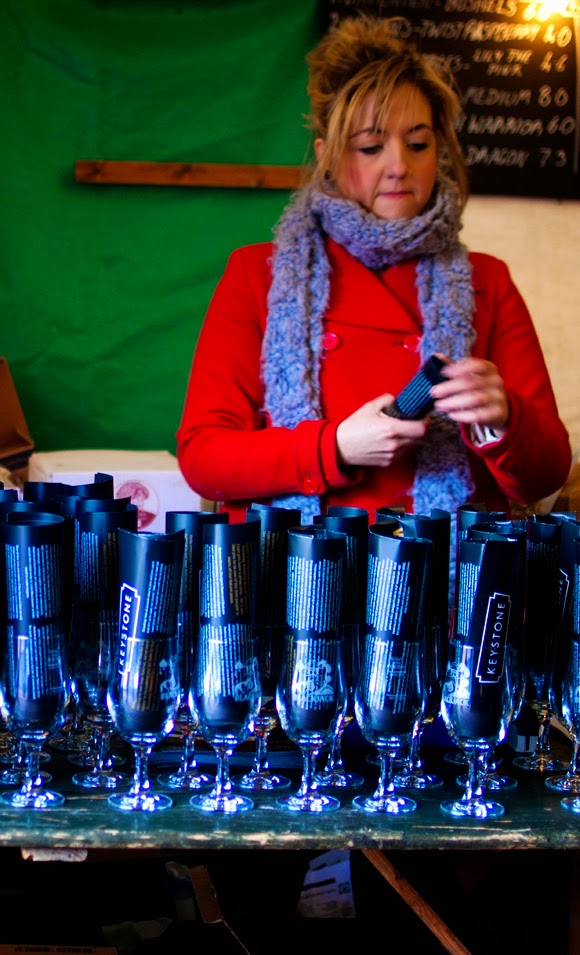 Back to the beer, I'm in the mood for IPA so I go through my scorecard at a speedy rate. What beers did I drink? I really have no idea but there were a few from Blackjack and I didn't sample one that I didn't like. But do I really want to be one of those who people score every single beer I drink? (Pathetically, I do sometimes). Blogging is bad enough and it's enough to take photos of every bloody thing I eat.
Next up is COMIDA, Spanish Street Food from former bloggers, the Manchester Foodies. The squid wasn't quite right yet, they were still tweaking it so didn't charge me for it. The Croquetas though were top class. if you follow this website, you'll know about my Spanish croqueta obsession and these were the best I've had in absolutely ages. In fact they are easily the best I've had in the UK. 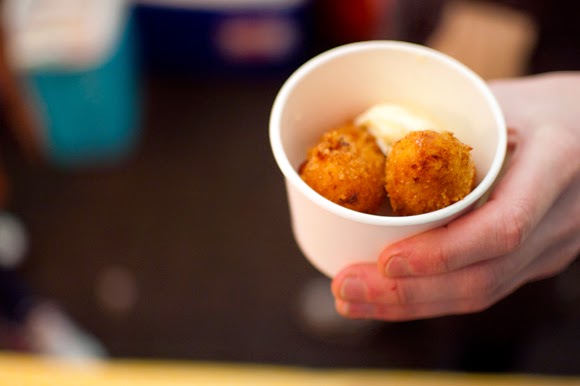 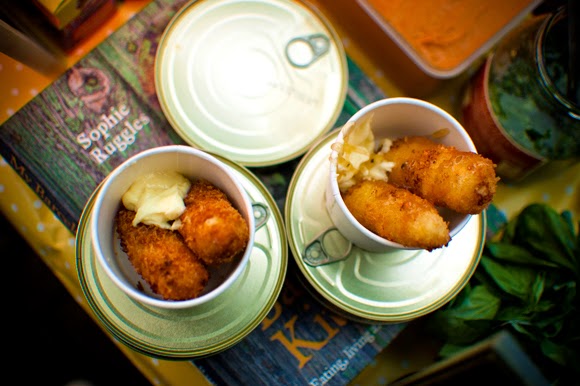 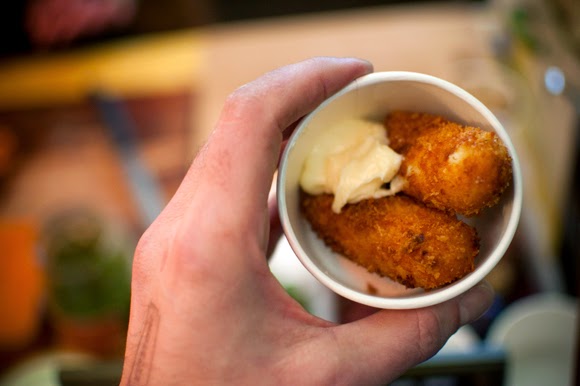 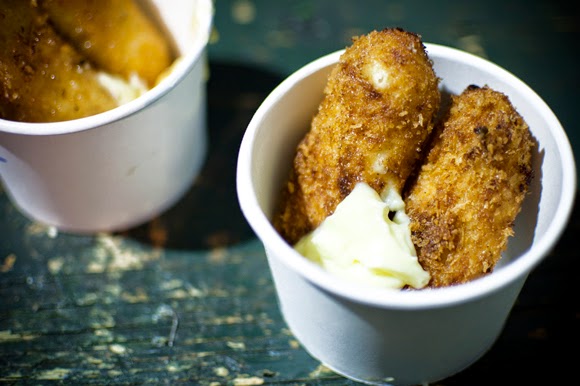 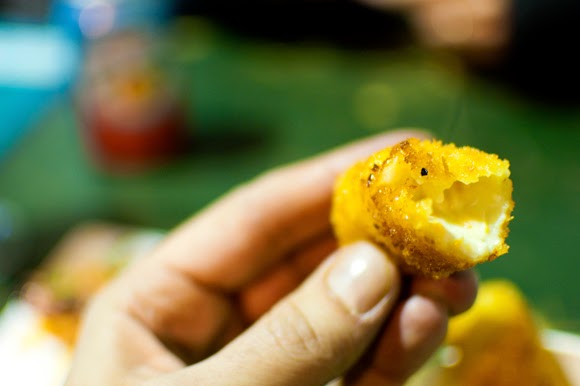 It's the gooey béchamel sauce, which oozes out as you bite into it. We had both the Truffle and Manchego (£4) and the Squash and Blue Cheese (£4.50) and scrape up the fantastic garlic alioli with our fingers. 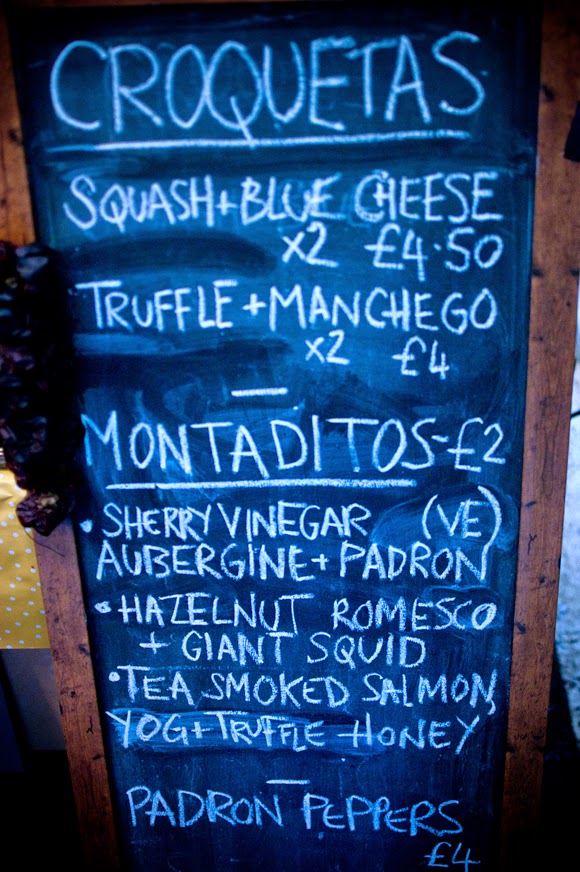 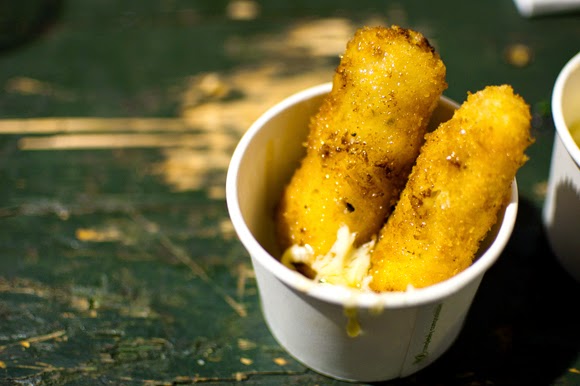 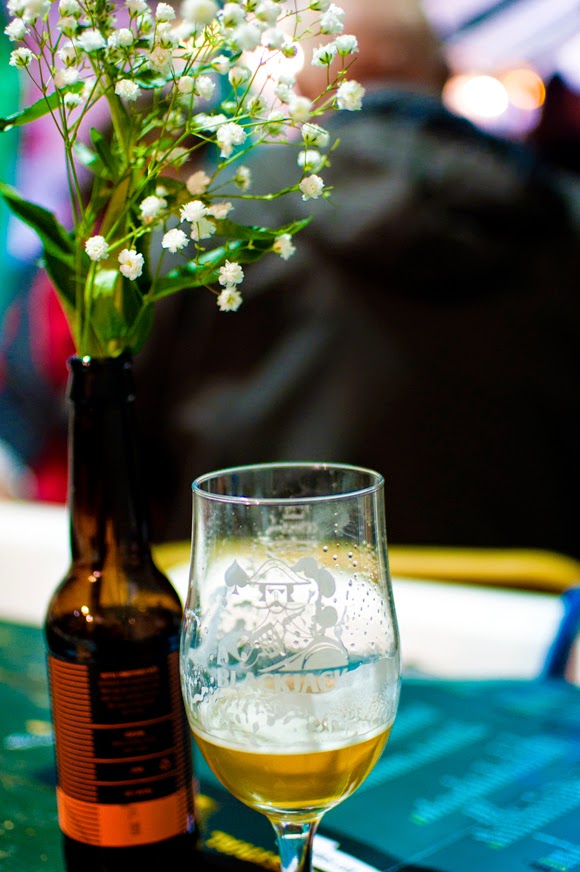 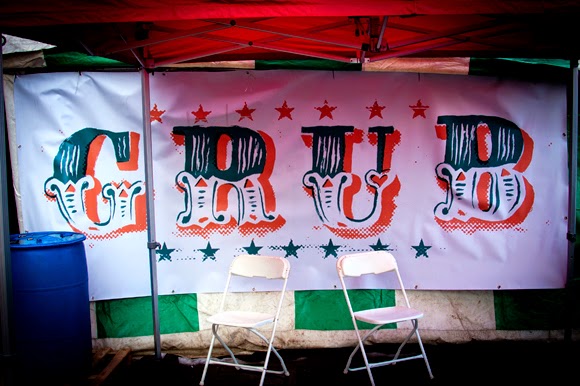 What I liked about GRUB is that rather than moan about the state of the Manchester Street Food 'scene' which is what  I do, they've gone and done something about it and put on a great festival themselves, hand-picking their favourite quality traders. I'm told they have something even bigger planned for their next one in May and a permanent art, drink and food space, all under one roof called Keystone. You can support them via Kickstarter here.

To see more photos from the event, click here.