I complain as much as the next person about this country and everyone in it but one of the things I do love about British people is our ability to queue. We are standing outside an unmarked door in the cold waiting to get into Milk and Honey on Poland street in Soho. As soon as new folk arrive, they arrange themselves in an orderly manner so as to suggest that they're not going to try and jump the line. The door opens just after 6pm and as I'm the nearest, I let the woman at the front in first. She's being joined by at least a dozen friends for a cocktail making class downstairs which looks like great fun.
We're not members but have booked a table ahead as guests (by phone). I know this puts a few people off, you might suspect that it would be a bit snooty. Not a bit of it, the staff are amongst the friendliest we encounter in London both in person and by phone. We're warmly shown through the heavy curtain. 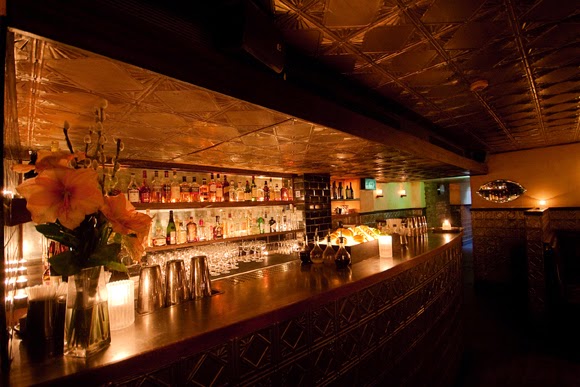 The feel is of a cool, dark speak-easy. It's a small room with a row of booths on one side (we're shown to one, yes!) and a serious looking bar at one end. Early jazz music is playing softly. Perfect.
None of our party can read the menu and it's dimly but beautifully lit by candles but we've prepared ahead. This is one serious cocktail bar and I hardly recognise the list, the usual suspects are not on it.
I order a Penicillin, (Scotch, peated Scotch, lemon, honey, ginger, £9), Mrs Bacon wants a Florodora (Gin, lime, raspberries, ginger, soda, £9). Naturally the cocktails are fabulous, as you'd expect.
The west end is manic at Christmas especially and the strictly booking door policy allows this to be a wonderfully calm haven. In truth, they could never allow walk-ins here, it's way too small and intimate. Last time we were in London we'd tried a few cocktail bars on spec. There's very little chance that you can get in to the good ones, even early evening. Anyway, I think we've found a new favourite cocktail bar now as we enjoyed Milk and Honey so much. 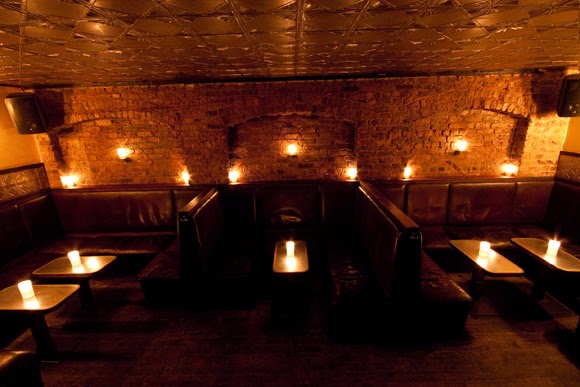 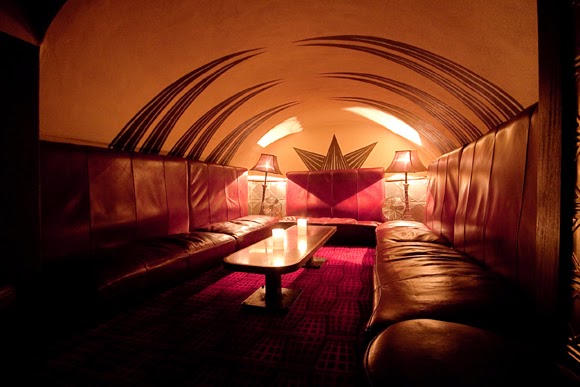 Photos courtesy of Milk and Honey as it was too dark.

Follow @Bacononthebeech
Posted by Bacon on the Beech at 19:02