I've been wanting to try the food of chef Ryan Blackburn since Jay Rayner's great review of Cottage in the Wood a few years back. He has a very impressive CV, including previous positions at Michelin starred Holbeck Ghyll and Martin Wishart. My budget just won't allow me too many visits to these established high end restaurants unfortunately. Luckily for me, several months ago he opened up for himself (with his brother Craig) still in The Lakes, in the centre of Ambleside. As I'm a pauper with very expensive tastes, my problem can be overcome by going to restaurants like this. Young talented chefs who are very well trained and really know what they're doing but perhaps they're not quite so well known yet. So they're not charging an arm and a leg for essentially a similar standard of food. 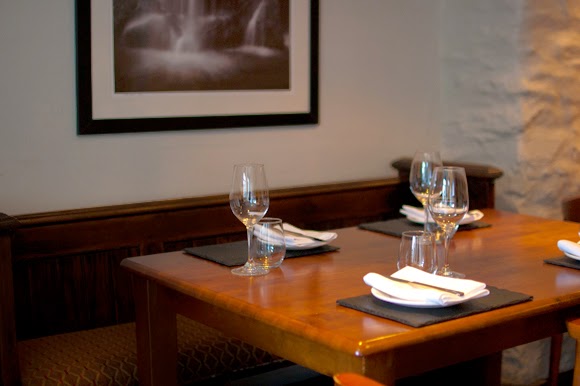 In this case, the taster menu at lunchtime is an absolute steal at just £35 for 7 courses. (It's a shade under £50 in the evening).
We'd both had bouts of illness and were forced to cancel our reservation once, so when it came time to our weekend away, we were in desperate need for a treat.
The Old Stamp House is in a cave like downstairs, a series of small adjoining rooms. Simply decorated yet still cosy, apparently this was the former work place of Cumbrian poet William Wordsworth, at the time 'Distributer of Stamps', hence the name.
We began with Black Pudding Bon Bons, Cumberland Sauce. Great little bites, I can imagine the same thing but with the sauce inside, giving you an explosion of liquid as you bite into it. 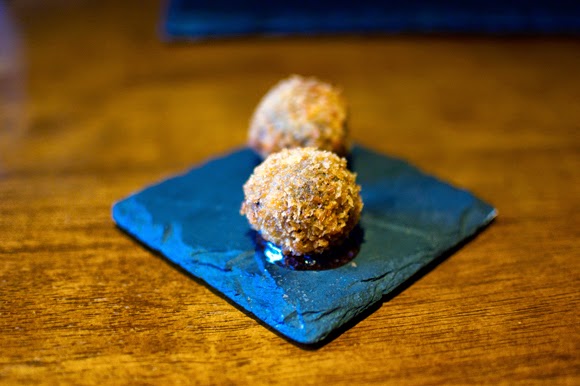 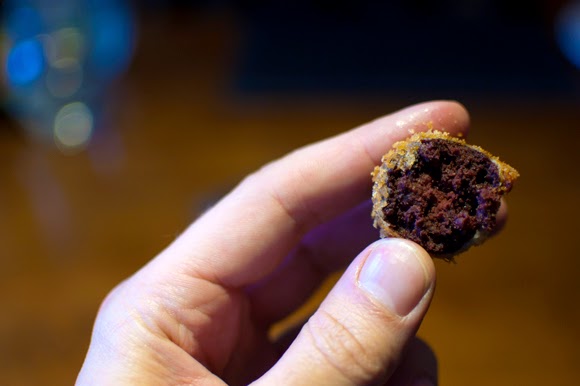 Potted Shrimps, cauliflower and spiced mead velouté was our first real 'wow' moment. That silent exchange of nods and raised eyebrows as we dug in. Gorgeously silky smooth, with a beautiful, buttery, luscious texture and so wonderfully bold and flavoursome. The bread was used to full effect to mop up every single drop. 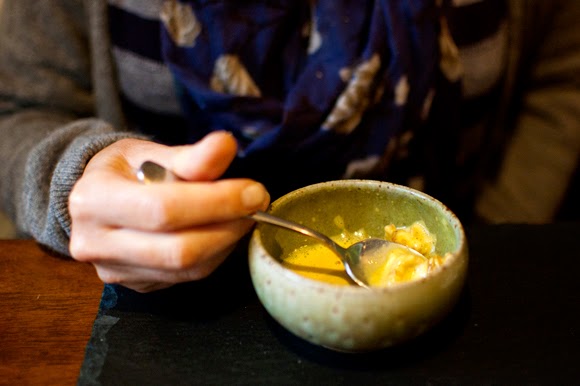 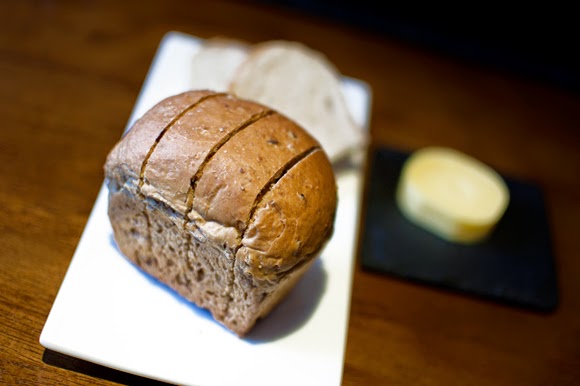 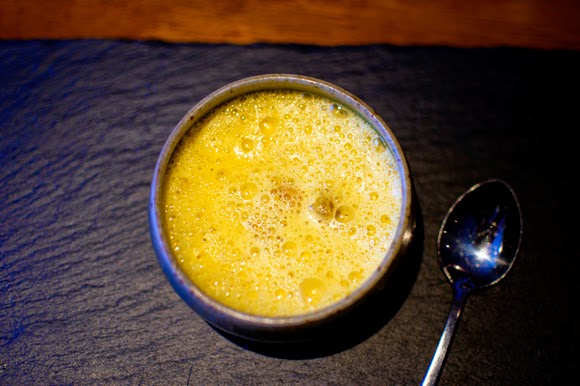 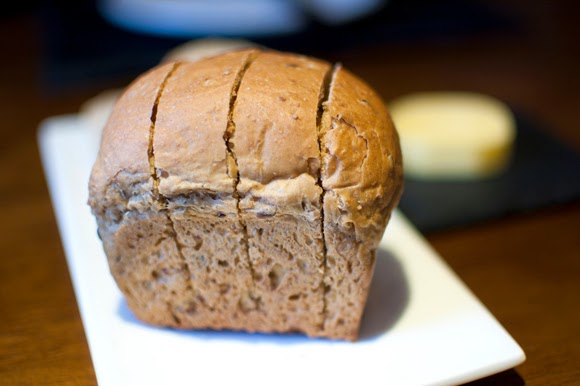 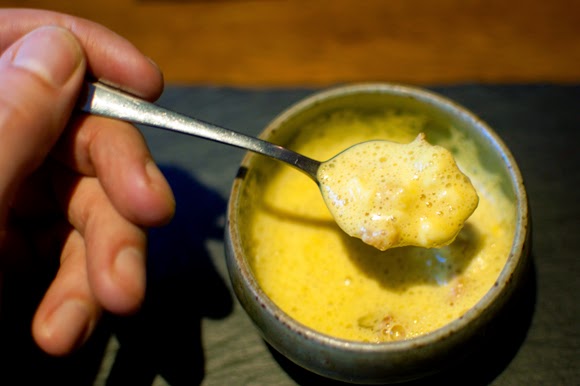 Ravenglass Crab. Avocado, pink grapefruit and radish. As the last course impressed with the full strength of flavour, this was delicate, light and fresh. Nothing is extraneous on the plate, those little green blobs of avocado sorbet were gorgeous little bursts of flavour that melt on your tongue. 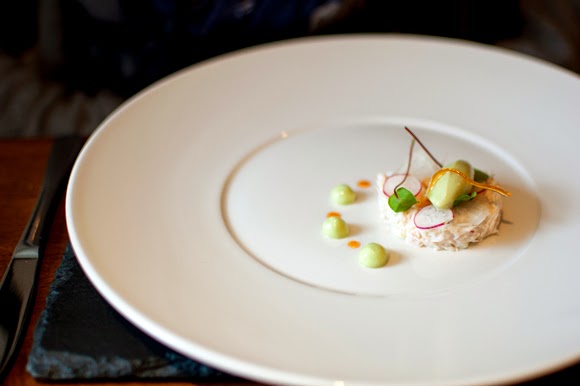 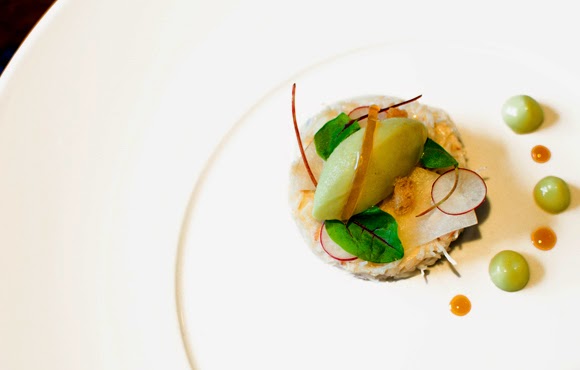 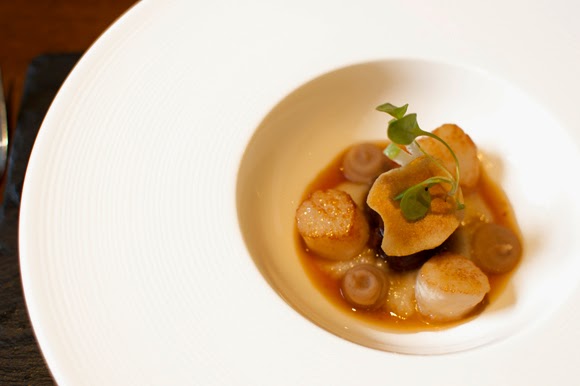 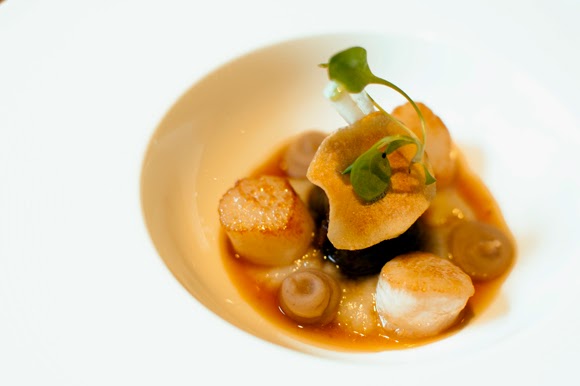 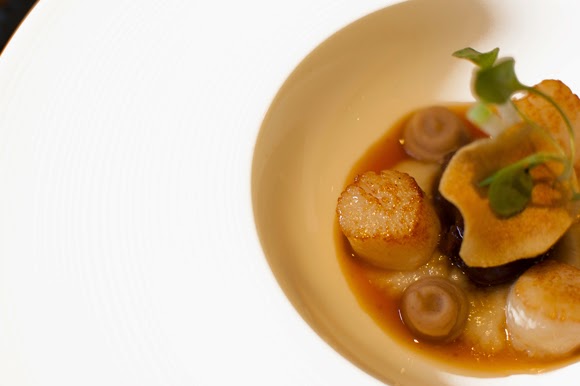 We opted to swap a course. I wasn't coming all this way without trying a signature dish of sorts, Herdwick Hogget from local Yewtree Farm, braised shoulder, seared loin and crispy breast, cheese gnocchi, broccoli purée. If you've never tried hogget before, you have a real treat coming. It's just so rich in flavour, you can see why Simon Rogan is so fond of using this 'young sheep' (it's older than a lamb, not yet mutton). Easily one of the dishes of the year, just so bold and powerful. Again, the devil is in the detail, the green broccoli purée, a lovely accompaniment. 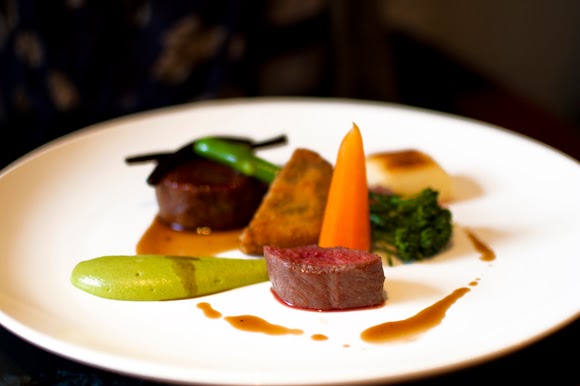 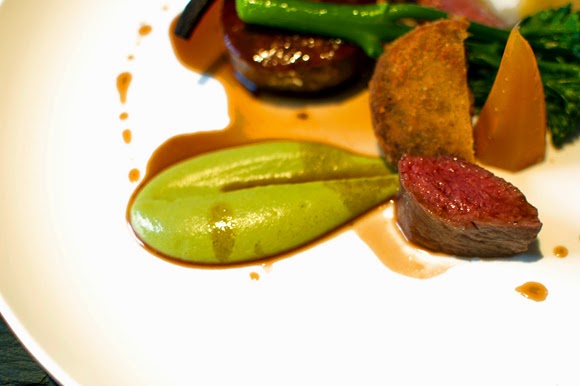 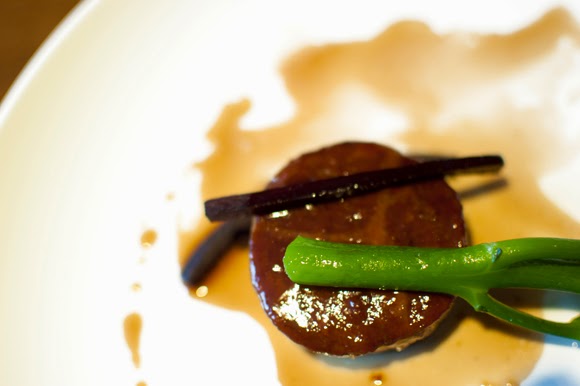 There was also a cheese course with a difference, Blue Winnow cheese, fig and Westmorland pepper bread like everything else here, just worked so well. 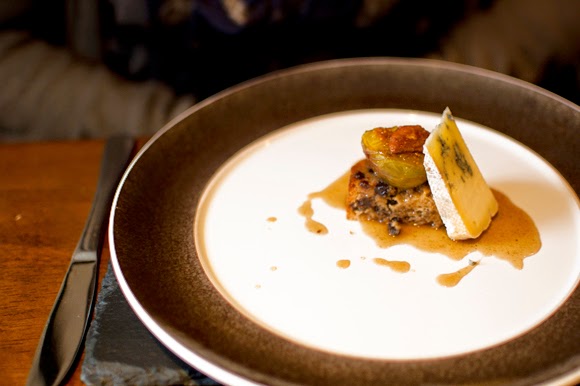 Forced Rhubarb Cumbrian Gingerbread is about a perfect a pud as you can get for me. I adore rhubarb anyway, the slightly sour flavour with the sweet creamy sorbet, so measured and so effective. 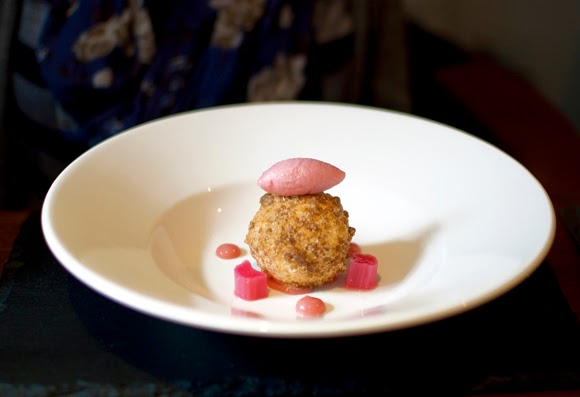 The taster menu we had at Old Stamp House was completely faultless. It was such an enjoyable experience with polite, friendly service that was never over intrusive. (I'm personally not a fan of them taking your water and wine away from you and insisting on pouring after every single mouthful, who needs that? This never happened here.)
The food here is well considered and accurate, using local ingredients to full effect. It was a place I could imagine taking my parents to. As none 'foodies' I know they too would appreciate the food which is an extremely superior version of traditional Lakeland cuisine if you like. Perhaps you wouldn't come here for mad innovation but who needs that when the food is so enjoyable? (And that is now available elsewhere in the town, more of that later).
The bottom line is that Chef Ryan Blackburn really knows how to cook. He understands flavours that work and how to deliver them perfectly on the plate, simply and without fuss. It's a guaranteed dead cert this place and at these prices I really couldn't recommend it highly enough. 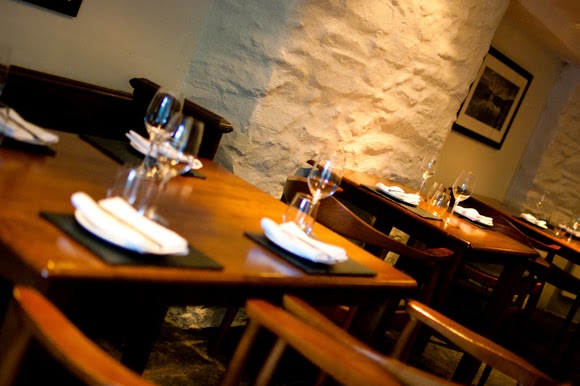 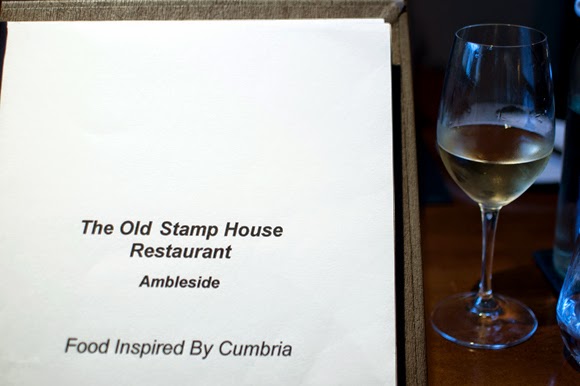