I had the hangover from hell. That pounding, pain over one eye, constant unrelenting throbbing, mixed with the self hating knowledge that I'd done this to myself. I felt as sick as a dog. We were in the car, heating cranked up to maximum, looking out over the miserable grey lake like a couple of pensioners on holiday. It was raining of course and I was going over the previous day in my mind. After drinking wine throughout the long tasting menu lunch at L'Enclume, I'd thought it was a bright idea to carry on drinking beer in the pubs of Cartmel. Oh dear, beer and wine never mix well do they? We were planning on going to The Drunken Duck that day but were forced to cancel and drove home in silence. It was the lunch that got away. 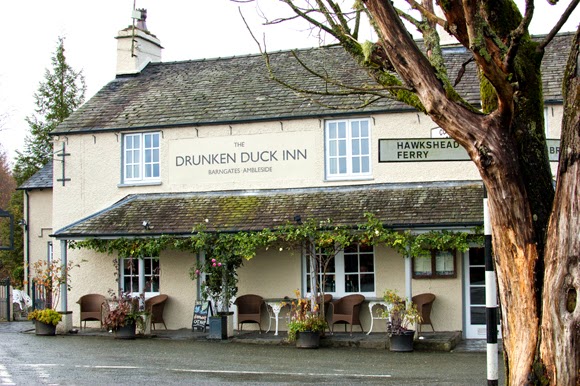 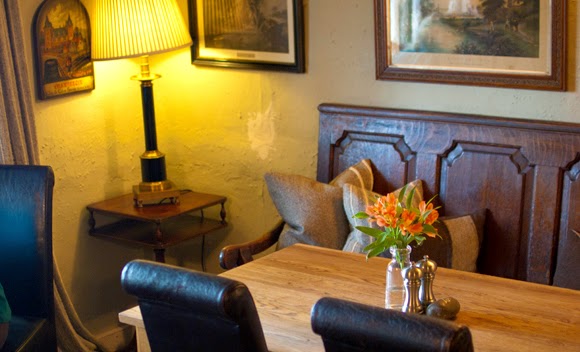 That was a year ago and there would be no mistakes this time. Even though the previous evening had been boozy, we made sure we necked loads of water through the epic taster menu at Lake Road Kitchen. And we'd religiously stuck to white wine.
So we joined the small bunch of folk waiting for The Drunken Duck to open at midday. There's no booking in the day, it's strictly first come first served.
Even though it was Sunday, the lunch service is usually a pretty informal affair. The lunchtime menu is small but well formed. I took a lovely pint of one of their own beers made for them by Barngates brewery; Cat Nap. At 3.6%, it's an ideal daytime session ale, pleasantly hoppy and well balanced. 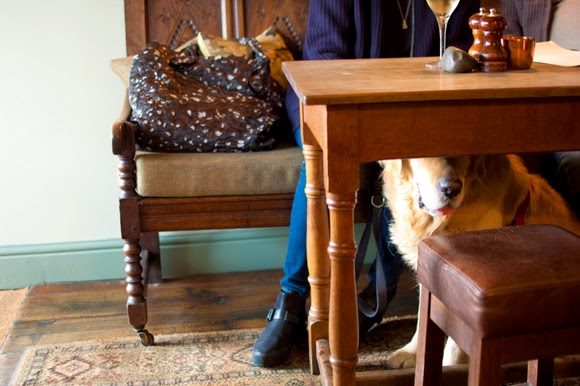 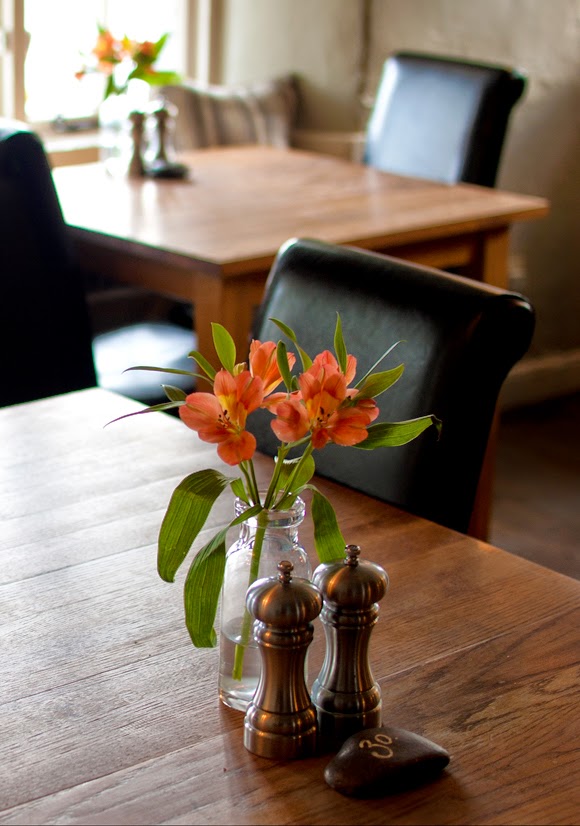 We joined the other dog owners in the bar. As the previous day had been such a big one with two taster menus, two light dishes were just right for us.
Rueben sandwich, horseradish, chips. (£12). 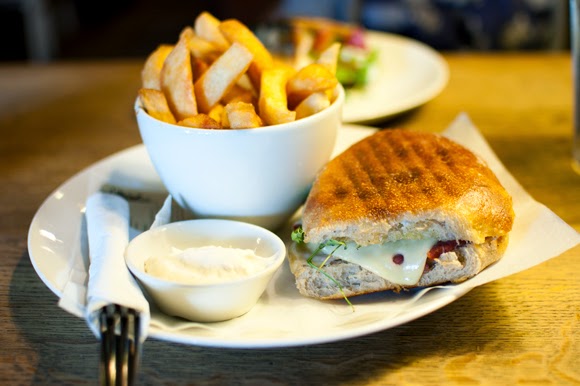 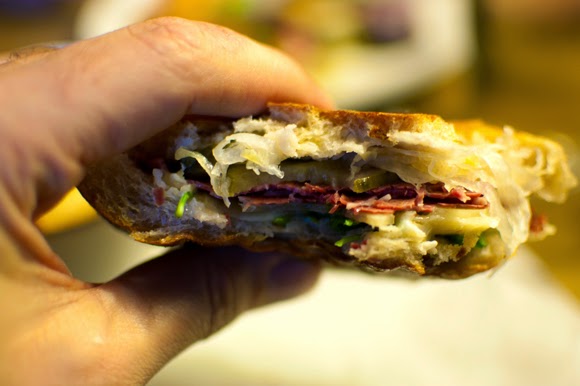 We had one of these Reuben's at the famous Katz's Deli in New York once. I remember it well as I had indigestion all afternoon, something that normally never troubles me. These were the thinner toastie version. But bigger isn't always better. The perfect combination of crunchy toasted bread, corned beef, Swiss cheese and gherkin was just spot on. I reluctantly handed over the smallest portion I could to Mrs Bacon.
Her Charred mackerel on sourdough, dill pickles, horseradish Crème fraîche. (£8), was decent too, a nice balance of fresh flavours. 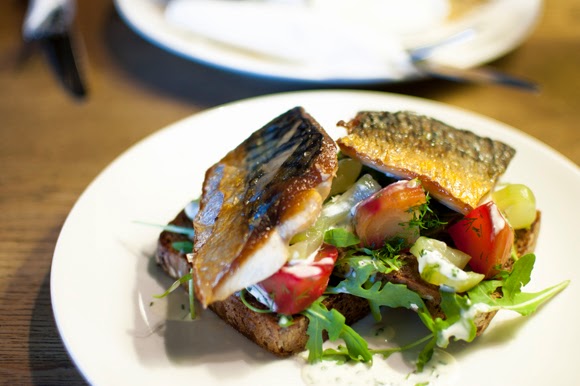 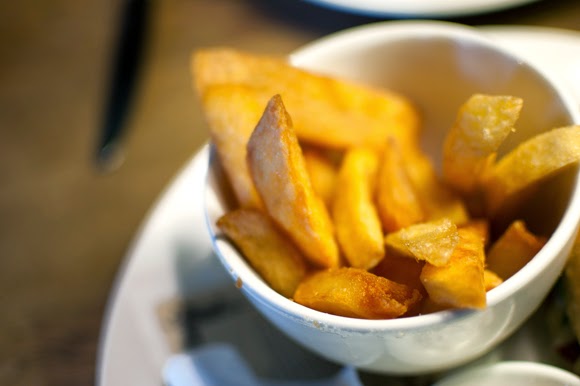 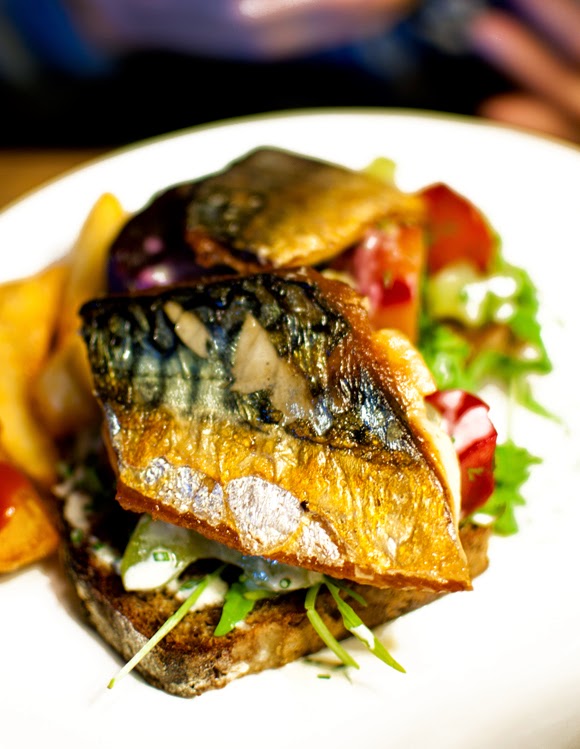 And the chips, the chips were just right. Medium thickness but crispy and crunchy.
The food in the evening is a grander affair by all accounts. It looks like we'll have to save our pennies and stay here (the rooms look wonderful but it's not cheap).
It was worth waiting a year for our little light lunch at the Drunken Duck Inn. It's pretty much a perfect country pub. A beautifully realised interior, friendly staff, great food and ale. What more could you possibly want? 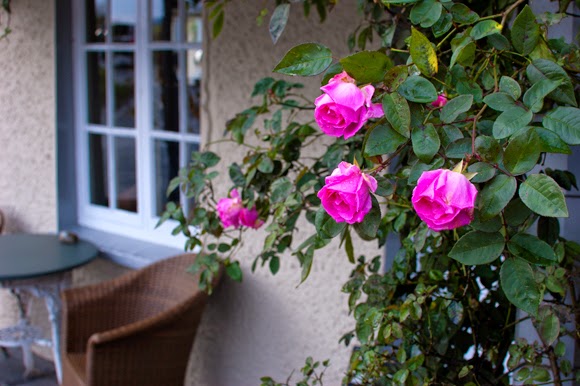 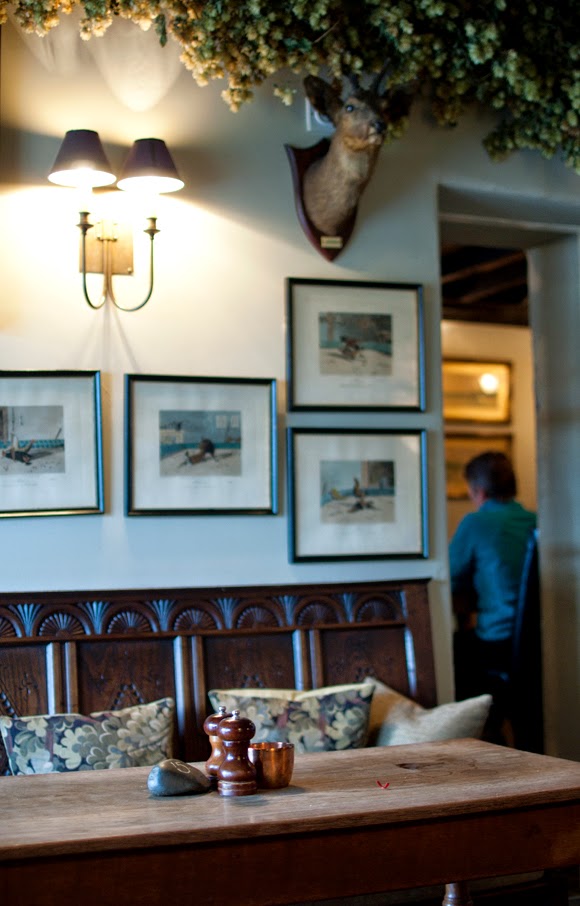 *The final bill was £20 plus drinks, paid in full.  Follow @Bacononthebeech
Posted by Bacon on the Beech at 19:37