I've not done a blog post on beer for a while, in part because it's so bloody expensive these days. Also because I find the craft beer 'scene' a little bit tedious. When people discuss at great length about whether 'craft keg' constitutes real ale or if beer is superior in cans or bottles, that's where I bail out I'm afraid. It reminds me of hi-fi buffs pontificating on how much better the sound is with decent speaker cable. It is, but I just don't need to hear about it because I think it turns the subject into a trainspotting, nerdy pastime (and I know I can talk being a food blogger), in that case just listening to the music, in this case simply enjoying great beer. 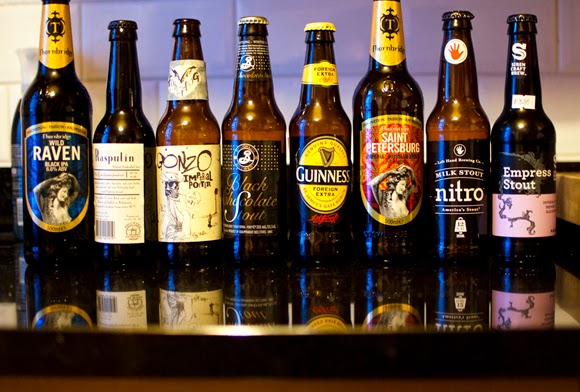 Anyway, as I was ill I had a craving for some medicinal winter stouts and porters. Specifically Imperial Russian stout, a style of rich strong black beer named because it was originally exported to the court of Catherine II of Russia in the eighteenth century.
Thornbridge Saint Petersburg Imperial Stout. This is my 'go-to' Imperial Stout as it's pretty widely available. Thick, dark black, all the elements are there, coffee, chocolate, roasted malts etc. 8/10. 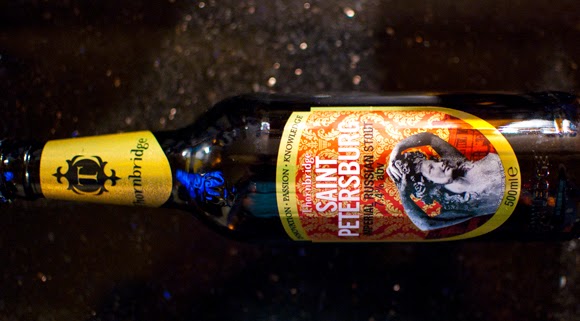 Guinness Foreign Extra Stout.
Like a beefed up stronger version of the standard Guinness, which I also enjoy from time to time. I probably lose craft-beard-nerd points for this but it's pretty decent I think. I'd like to taste this next to the Belgian export version to see the difference. 7/10.
Flying Dog Gonzo Imperial Porter.
So rich and strong but smooth and velvety. Love it. 9/10. 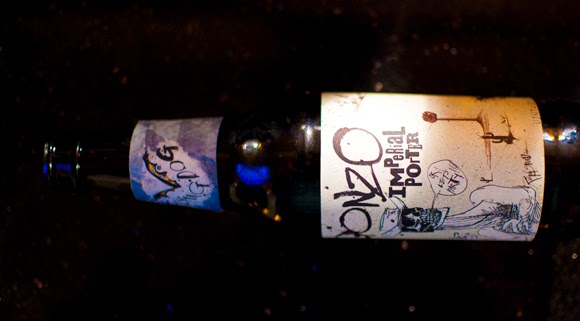 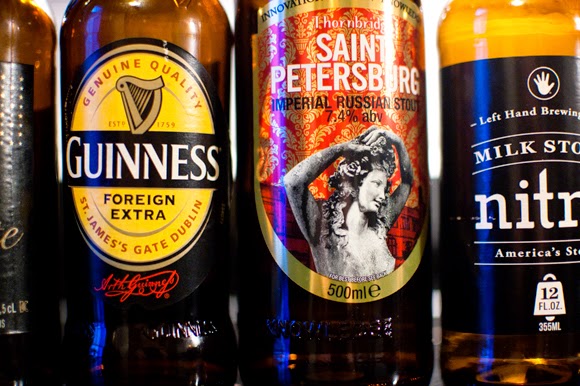 Left Hand Milk Stout.
I think it was probably unfair to compare it to the others, as being a sweet milk stout, it's a different beast. But this did nothing for me and tasted bland in comparison to what I was looking for. 6/10.
De Molen Rasputin.
This is more like it, roasted espresso, intense, jet black, bitter dark chocolate, ooft it's good! I love everything from this brewery I've tried too, you just need take out a mortgage to buy it. 9/10. 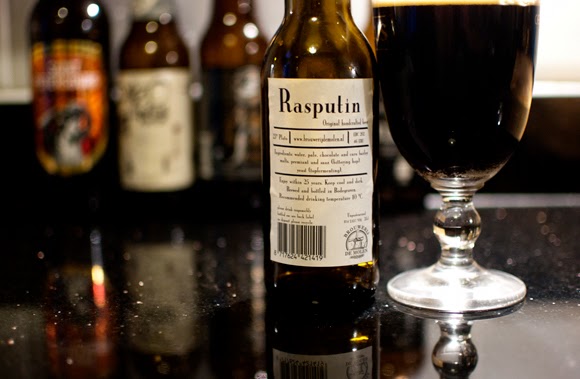 Brooklyn Black Chocolate Stout. Yep, this did the job too. I'm running out of descriptions for this kind of beer, but it's those roasted malts again, fruit cake, sweet and bitter. 8/10. 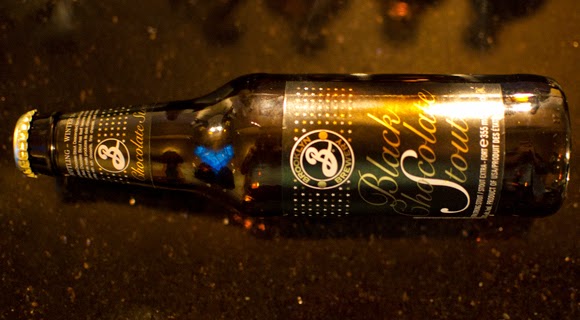 Siren / De Molen Empress Stout. This has black pepper in it, and I'm not normally a fan of beer with extra stuff in it. You can taste there's another element in it but on a blind tasting I wouldn't have guessed it as black pepper. Interesting but not a favourite. 6/10. 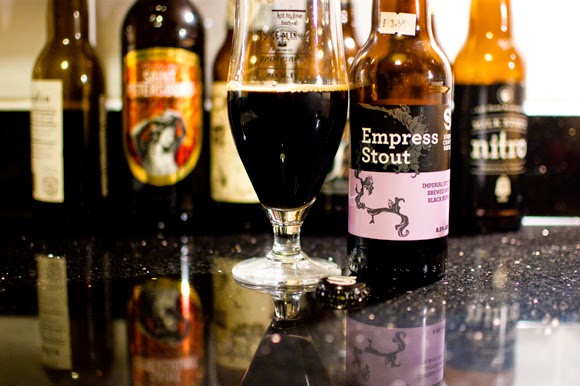 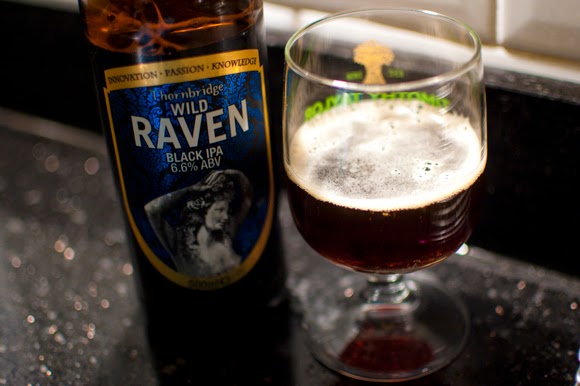 Thornbridge Wild Raven. I crowbarred this beer in but it doesn't really fit, being a black IPA. It's a very decent beer though. 7/10.
I continued with another tasting session...
The Kernel Export Stout London 1890.
This is so gorgeous, silky, velvet, pitch black. A very good one. 9/10 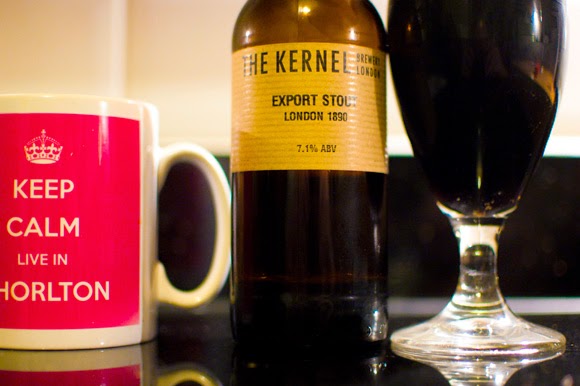 Unfortunately, it was so good that all the others I sampled afterwards paled in comparison.
Arbor Breakfast Stout tasted weak and watery. 5/10. 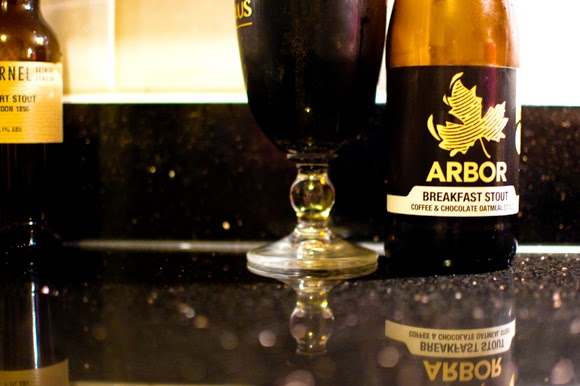 I just didn't rate the others much above average; Sierra Nevada Stout and Porter, and even a usual favourite, Odell Cutthroat Porter couldn't compare. (All 6/10). 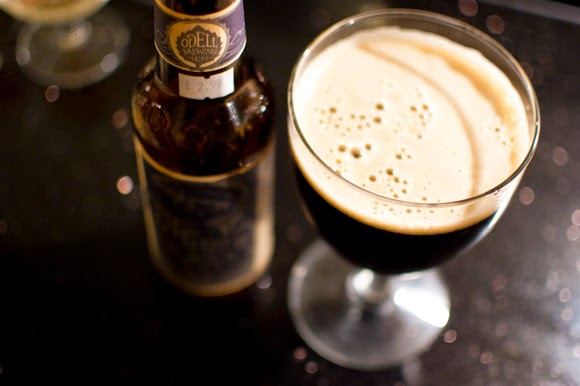 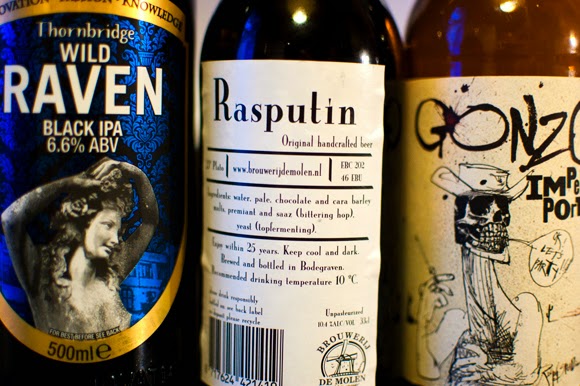 These beers were bought from The Chorlton Off Licence, Tiny's Tipple in Chorlton and The Epicurean in Didsbury. Follow @Bacononthebeech
Posted by Bacon on the Beech at 18:27