There are only two times I can recall when a waiter has actually told me to stop ordering food. Recently at Mughli in Rusholme, Haz (he's not actually a waiter but anyway) sensibly advised, 'that's enough, you're ordering too much!' On the other occasion at Txikote in Conil de la Frontera, the waiter actually walked away from us as I was attempting to order more tapas. I was getting carried away, because the food in this place is special and I wanted to get my money's worth. The following day it'd be closed and the day after we'd be flying home.
We've eaten in some mighty fine tapas bars all over Spain, and this restaurant is up with the very best of them including San Sebastian. It was our last Saturday night and we wanted to end our journey with somewhere different. The Basque name immediately drew me here. If only we could bloody find the place! Why is it always like this? Getting lost on dark foreign streets in search of great grub? I asked a few locals, (as I always do, it's like a language lesson), where is this restaurant with a Basque name? I had and still have no idea how to actually pronounce Txikote. 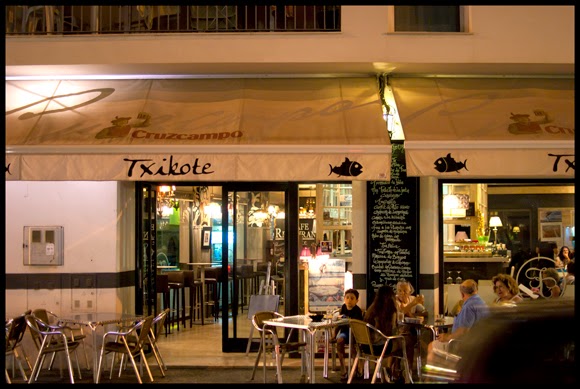 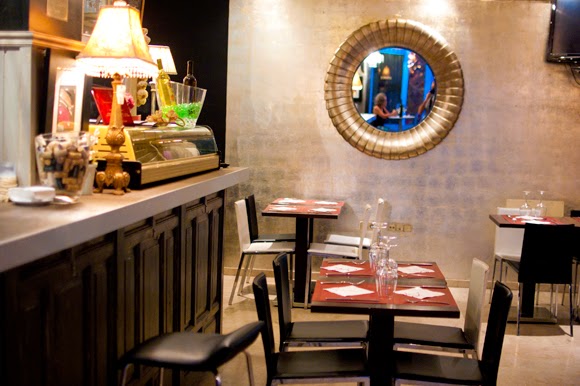 We eventually found it and after our usual negotiation on where to sit, we decided on an inside table as it's on quite a busy road, away from the usual tourist spots.
We started off proceedings with a bottle of cool, crisp Albariño, a snip at a mere €16. 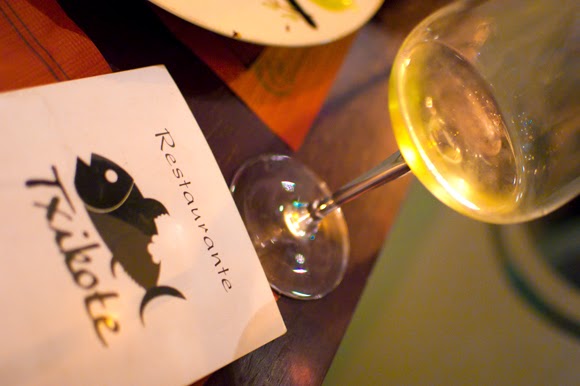 Then a steady stream of absolutely wonderful tapas came, and were swiftly devoured by us. A wonderfully rich, gooey, divine Foie a la plancha (con compota de Manzana €6.80). 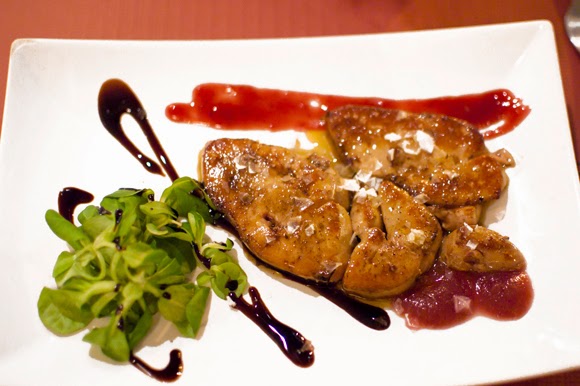 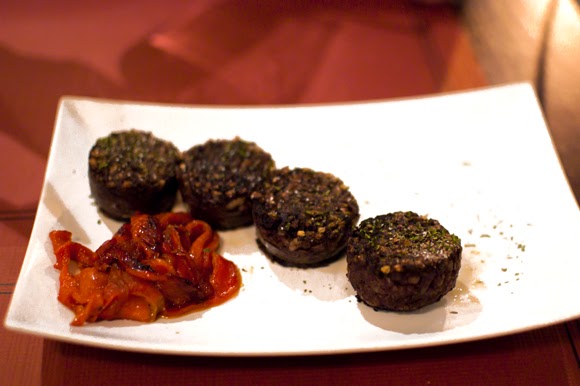 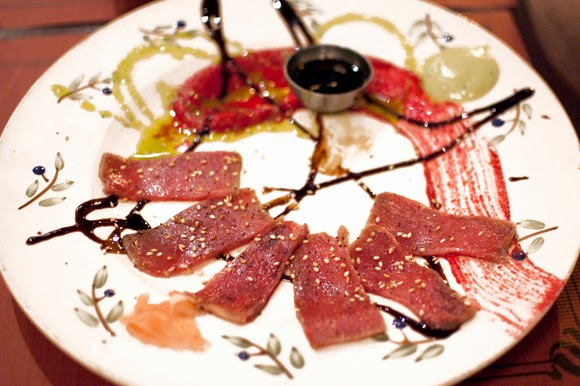 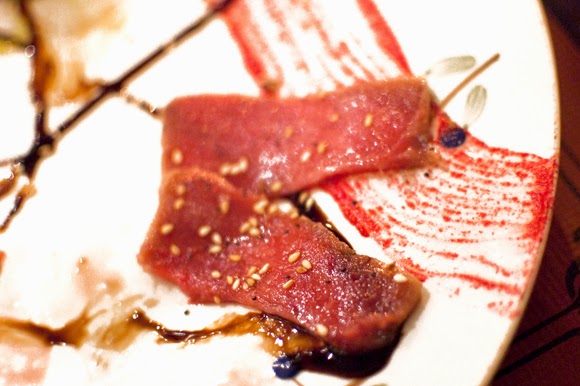 This is a sublime, raw, flat tuna dish, equal in quality to El Campero down the coast in Barbate.
Two wonderfully juicy Mini burgers. (€6.50). I bore myself going on about how 'less is more' with burgers, so I won't mention it again. They went down in one delicious bite. The quality of the meat is easy to spot. Excellent chips too, fat but crunchy. 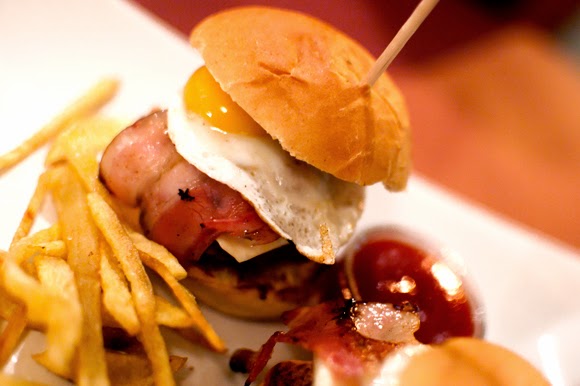 Tarantelo de Atún a la Plancha. You're unlikely to ever eat better tuna than this, of course it's the famous local product and it's only €7.50. It's hard to fathom that this dish costs the same as an awful tiny pizza from the likes of Croma here in the UK. As long as people accept poor quality, things will never get to this sort of level and we'll be stuck with 'dirty food' as a default setting. 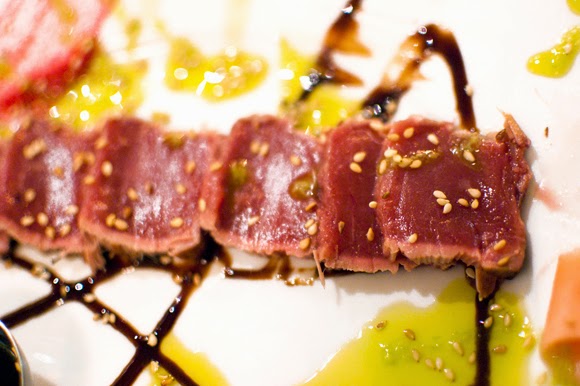 A decent but not exceptional Steak was definitely improved with some grilled foie on it. 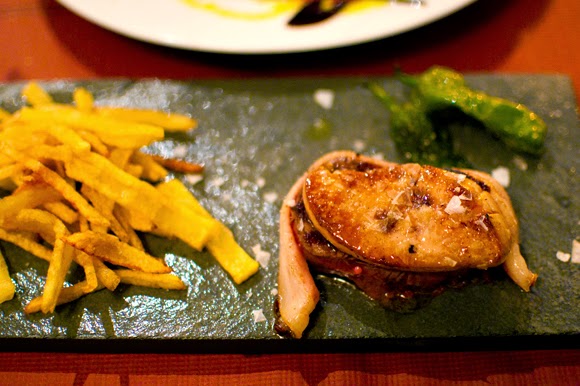 The next course was possibly our favourite. A single giant red prawn wrapped in thin crunchy pasta, we sucked the flavourful juices out of the head with relish. Chop suey con Langostinos (pasta de arroz con verduritas, salsa de soja y langostinos a la plancha, €4.50) was a dish you could imagine being served at Michelin star Aponiente, and I'd guess may have been inspired by the wonderful food there. These scarlet Carabinero prawns are the best in the Mediterranean if not the world. They will cost you a whopping £15 - £25 in London's Barrafina. Let's look at that again, this dish was just £3.50 here for exactly the same product! 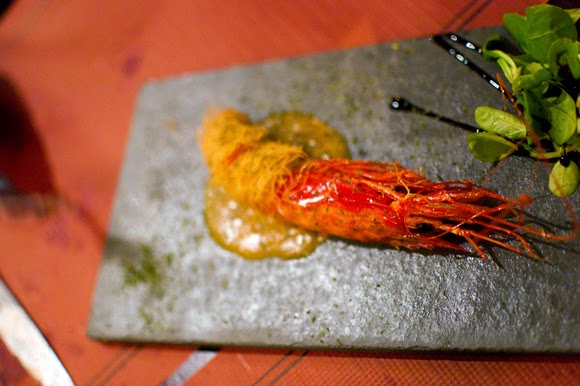 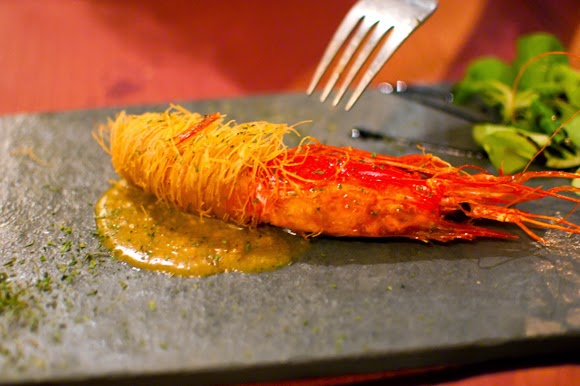 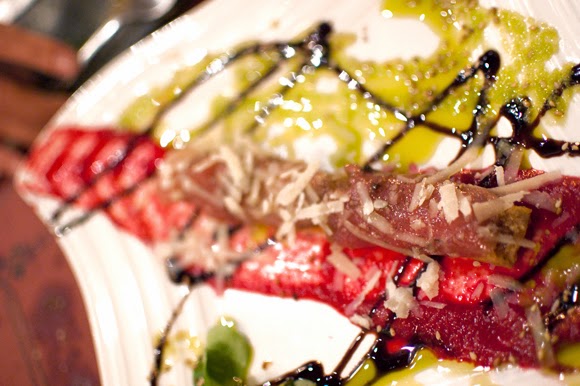 Usually dessert is a bit of an afterthought in places like these in Spain. But low and behold two stunning puds! The simplicity of a Mojito Sorbet was exactly right, (€4.50) and their chocolate éclairs/dougnuts dish were totally gorgeous. (€4 for 2). It was a bit embarrassing asking for an 'orgasmo' though even if the name is well suited. 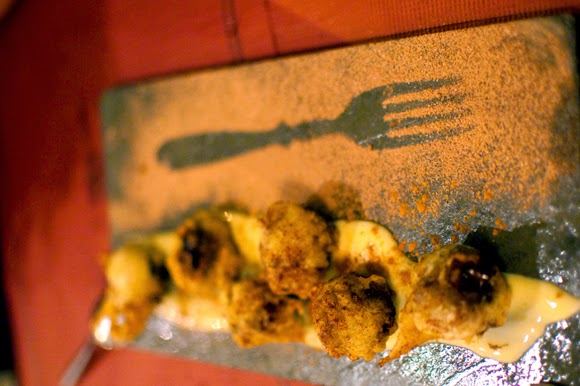 It's hard to describe how good Txikote actually was. It's sort of popularist with burgers and hot dogs on the menu but niche and 'foodie' at the same time. It's inexpensive but the quality of produce is never compromised. Everything here was done with a twist in a way you don't really see in the UK at this price level. I'm not sure it could exist in Manchester. If it was here, I reckon I'd never eat anywhere else. 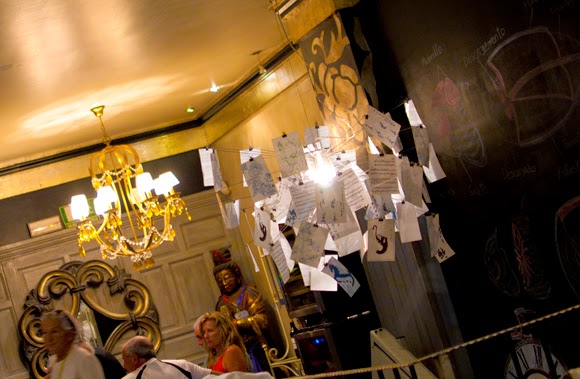 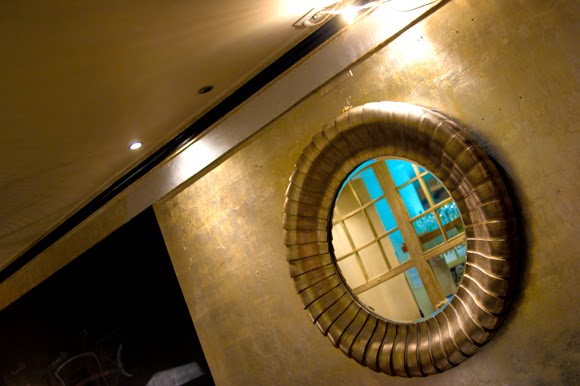 File under; the best tapas bars of Andalucia.
* Our bill came to €79.40 with wine for two. I doubt any normal person would eat as much as this though.


Follow @Bacononthebeech
Posted by Bacon on the Beech at 18:44