As I said last year, in my 28 year drinking 'career', Indy Man Beer Con is easily the best beer festival I've attended. Beer Festivals I've been to in the past have often been in huge cavernous atmosphere free halls and the food has tended to be poor. Two things for me set this festival apart from the beginning. Firstly it's in the most beautiful building, the old Grade II listed Victoria Baths. This was a stroke of genius having it here. It's so enjoyable to just explore the place and that's even before you've started drinking. The second thing for me that's important is they've got good food traders including Jackie Kearney The Hungry Gecko and Almost Famous were there this year. Why not have food as good as the beer on offer? The two go hand in hand for me, I've always been dead against the 'eating is cheating' idea. 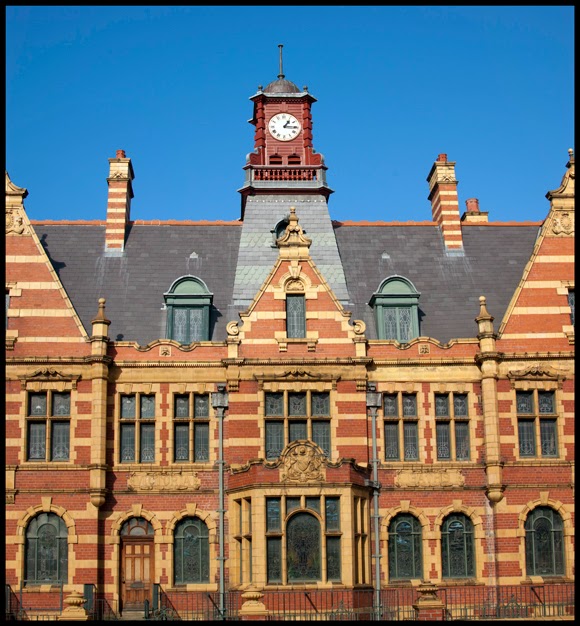 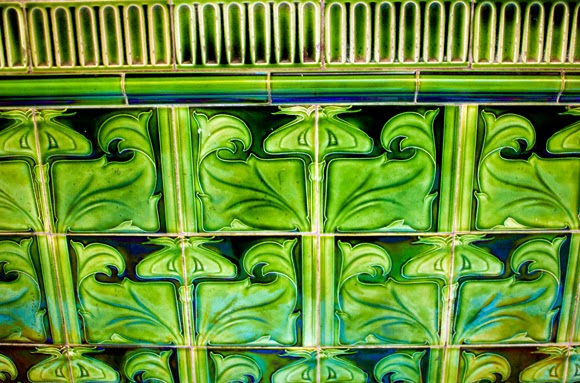 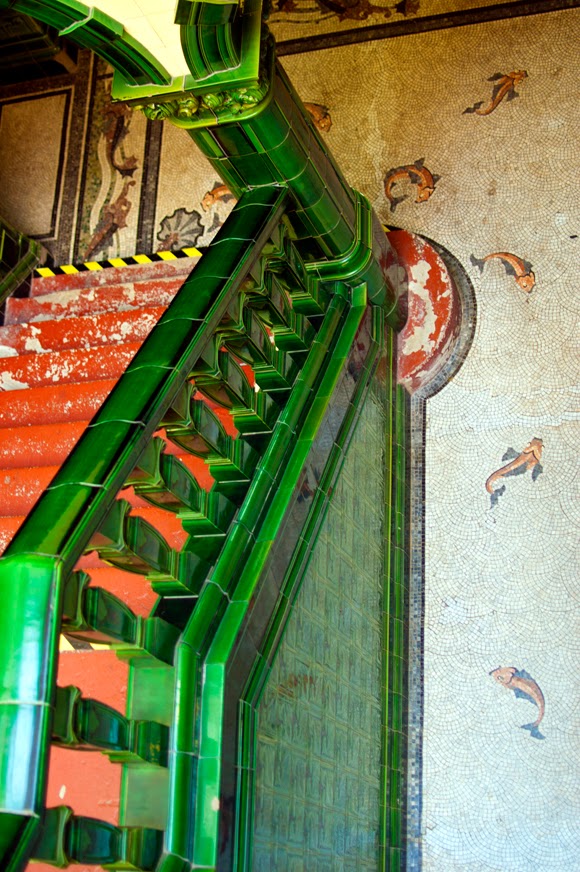 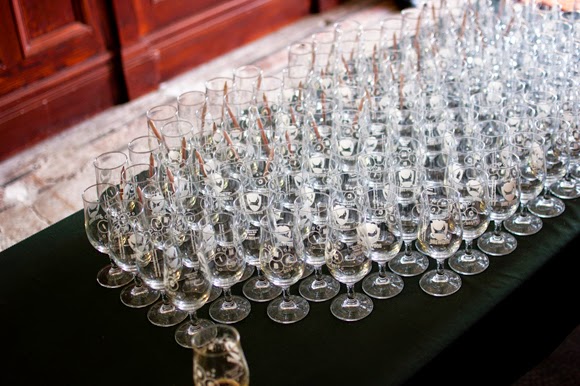 I started my Sunday afternoon session with a fine pie from Great North Pie Co. The Meat and Potato with Ox Cheek and Horseradish put a much needed lining on my stomach, I love the liquid mash too. 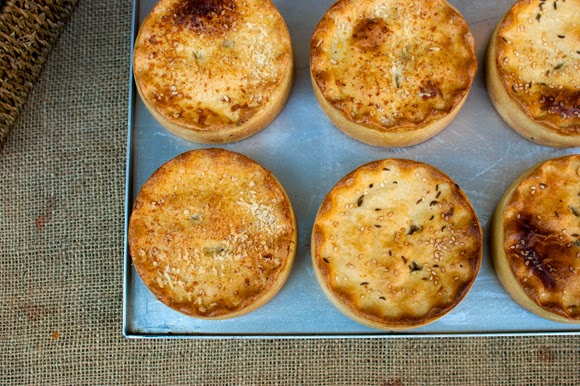 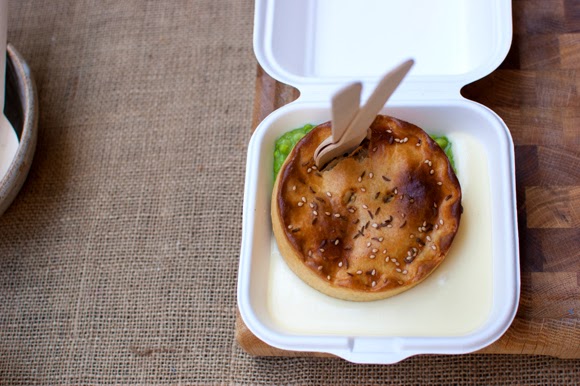 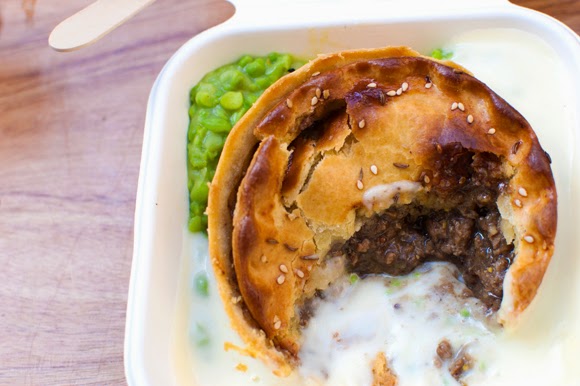 Next we wandered about picking up beers here and there. The first thing you have to realise is that you can't sample everything. I'm too absent minded to list all that I drank yesterday but I think I remember enjoying the Magic Rock Villainous IPA, an Evil Twin Femme Fetale Yuzu and the Thornbridge Jaipur IPA was too cheap at one token on cask to resist. There were others too which I can't recall now, it must be the decades of boozing that's making me forget. 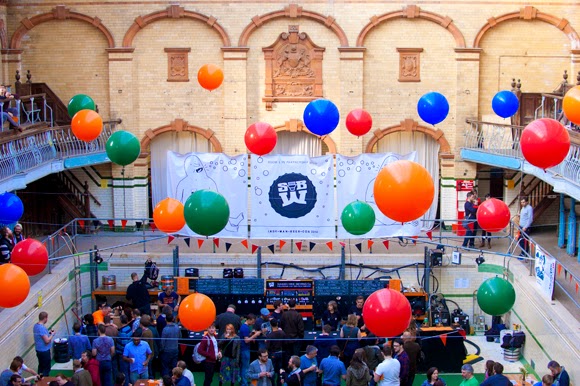 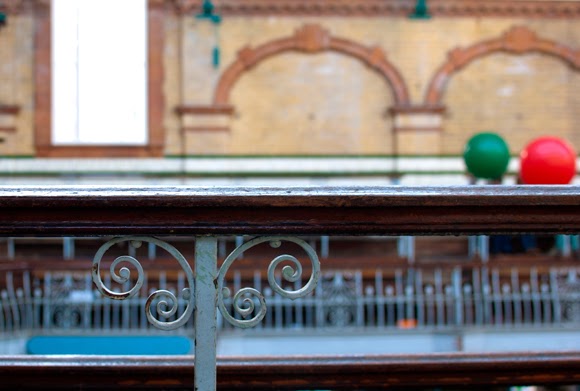 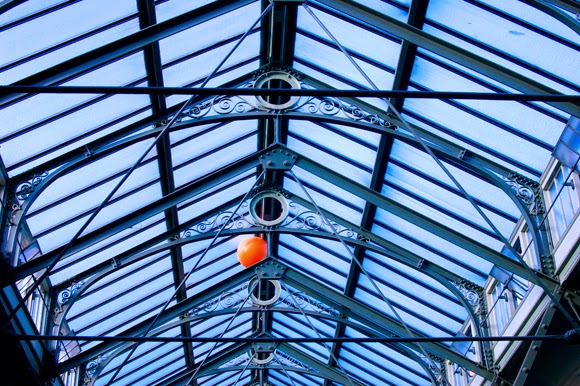 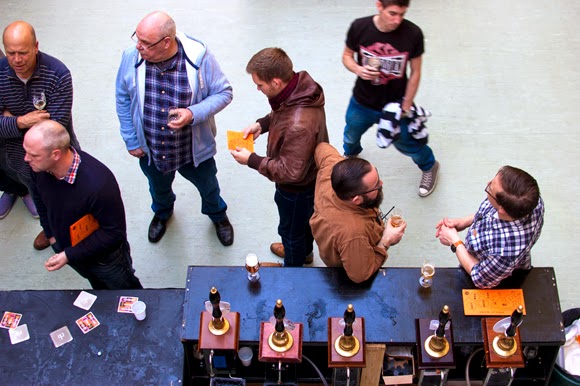 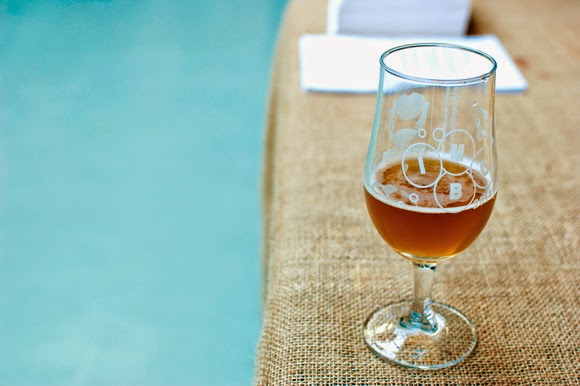 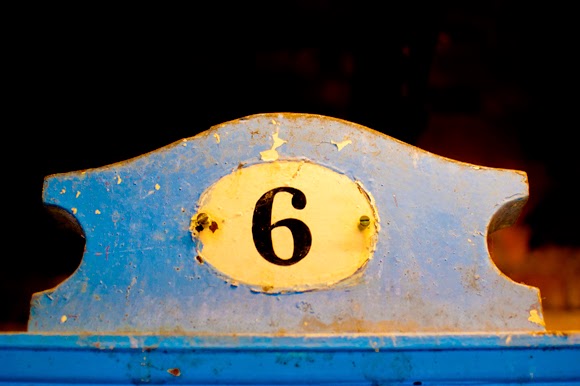 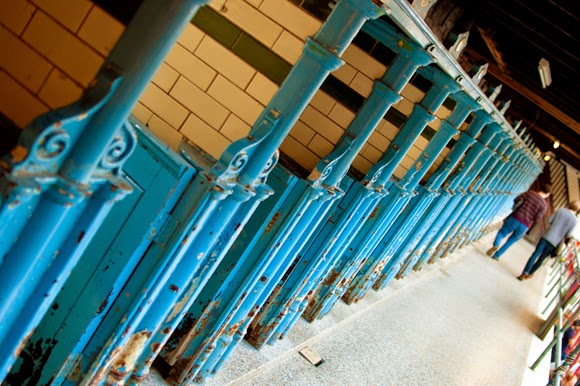 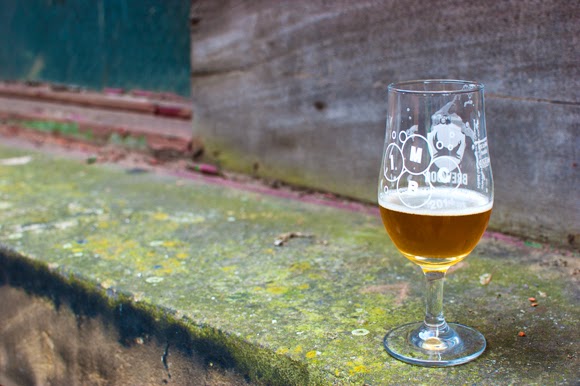 This time they had an outdoor area where Brewdog and Honest Crust were. Despite being full of pie, I just had to sample their Smoked Pig's Cheek special pizza. It lived up to my expectations too. 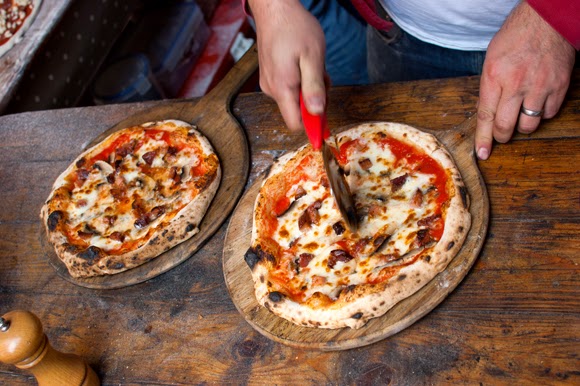 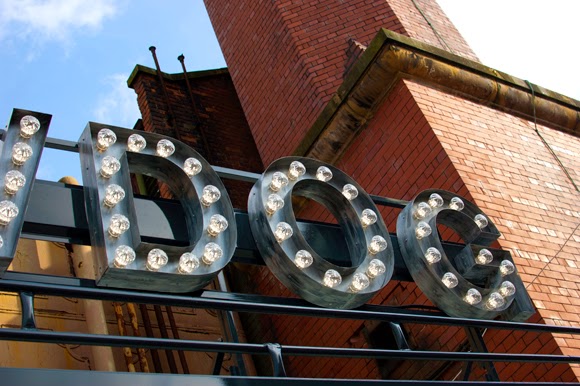 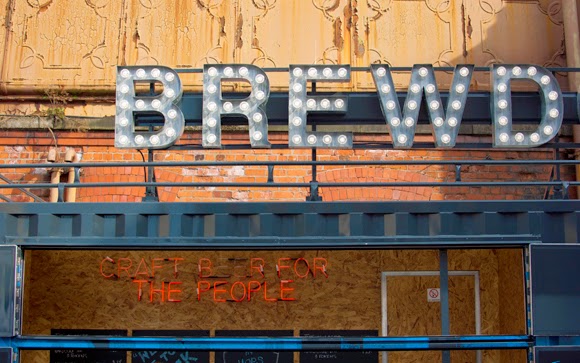 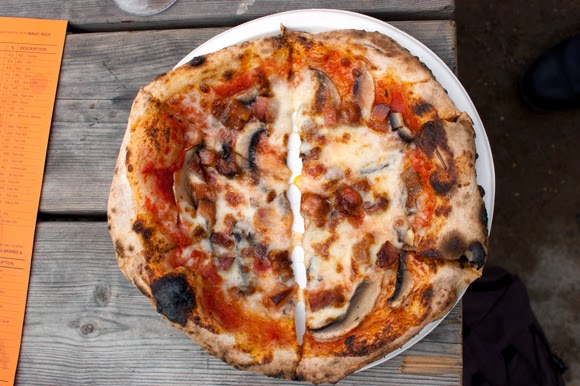 I love the old Turkish Baths room, this time it was Beavertown in there so we enjoyed a Gamma Ray as a last beer of the afternoon. I had intended to go back and get an Evil Twin Imperial Doughnut Break Porter but I ran out of tokens and and money plus I think it may have broke me at 11%. Still, there's always next year. 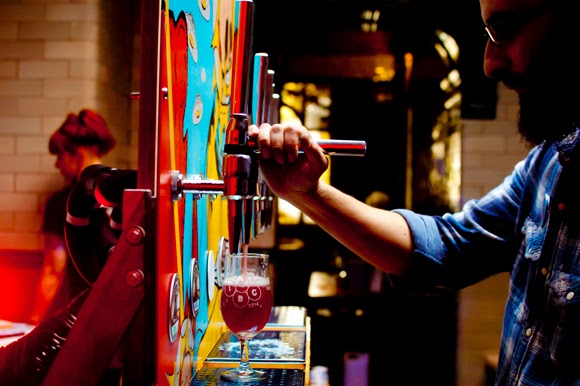 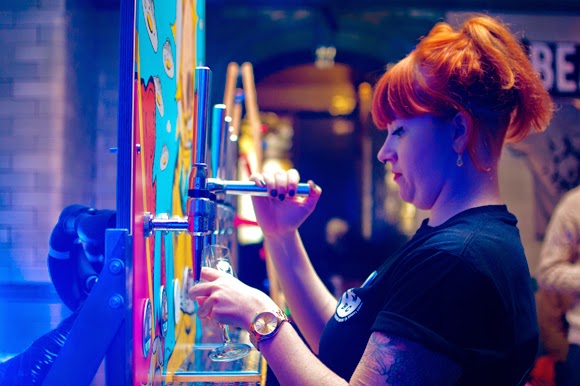 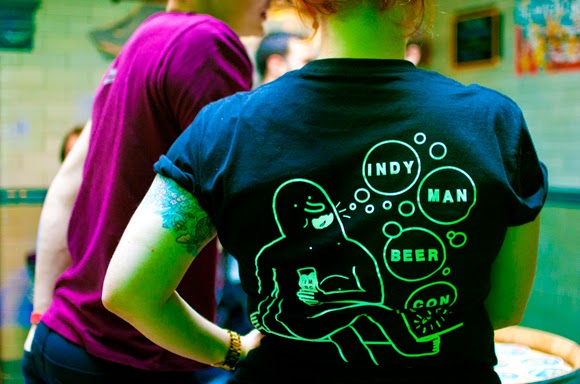 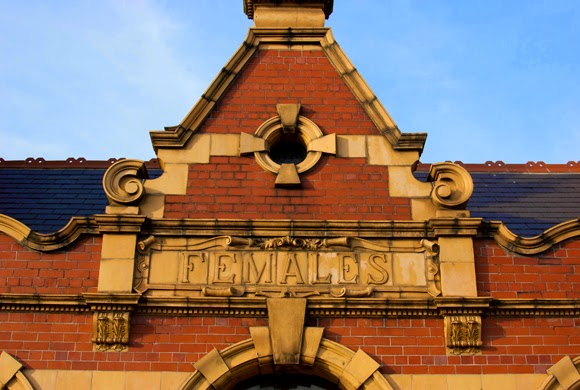 Follow @Bacononthebeech
Posted by Bacon on the Beech at 19:16