The Tripadvisor reviews for Casa Balbino are all pretty much unanimously in agreement, it's the best tapas bar for miles if not in Andalucia. Someone even claimed the fish tapas to be the best in the whole of Spain. I have one word for these people; BULLSHIT! 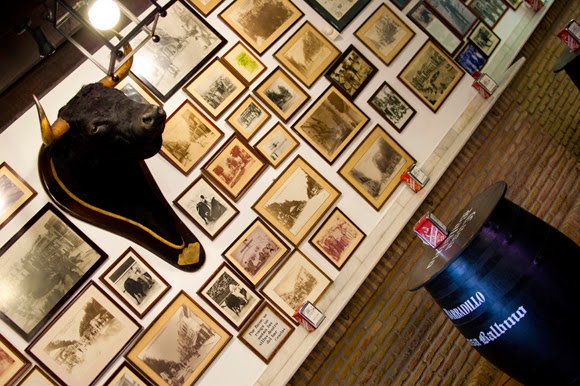 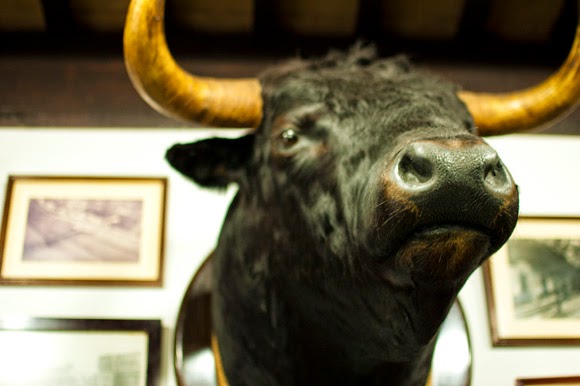 No, Casa Balbino is enjoyable enough but judging it by Spanish standards it's average, pretty good at best. I should know, we went there three times in two days as we were staying in this fabulous buzzing square in the scruffy Atlantic Spanish town of Sanlúcar de Barrameda.
I didn't much enjoy our first visit to be honest. We arrived at about two o'clock and it was absolutely packed in there. It definitely is one of Spain's busiest bars that's for sure. There is no waiter service so you take your luck in the crowds and squeeze in at the bar. It's a bit confusing but once you get your barman's eye, you have it for your stay. 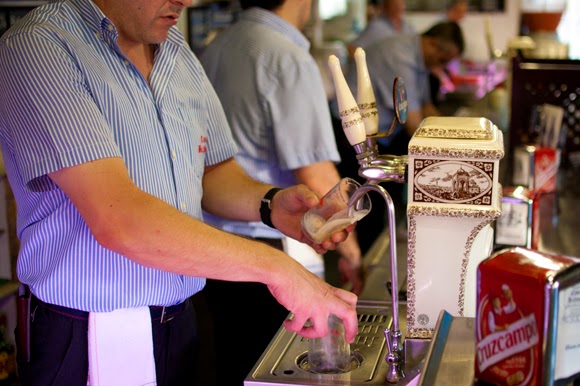 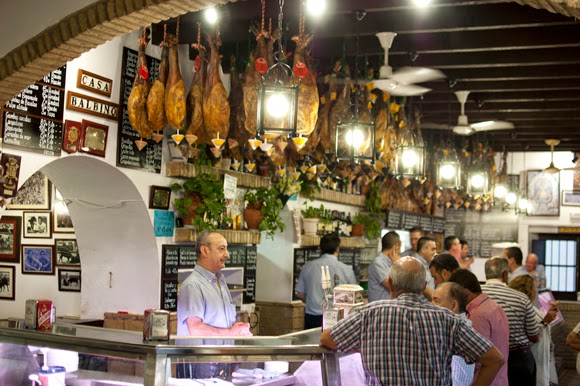 I ordered the famous Tortillitas de Camarones. Crispy, crunchy, battered shrimp fritters, they tasted pretty much exactly as you'd imagine. Good for bar snacks, but otherwise no need to order them again. I also got some big prawns, ok but ludicrously expensive. Around about €10 for these (below) I think. 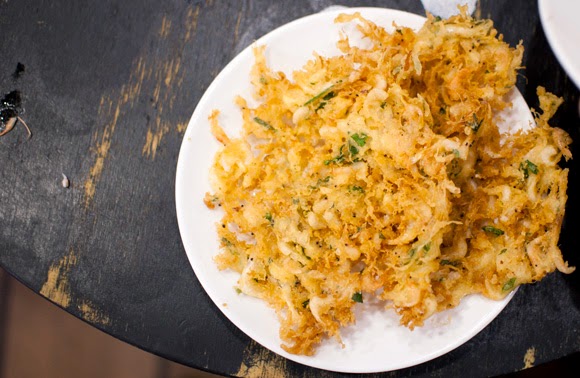 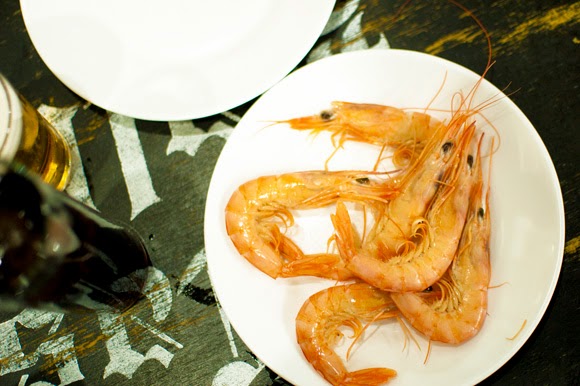 We left it there and returned the next day. This time early doors, about 2 o'clock I think. Ordering then was a doddle as everyone in Spain turns up all at the same time and we were typically British, being early. (Our third visit was exactly 8pm as it opened). 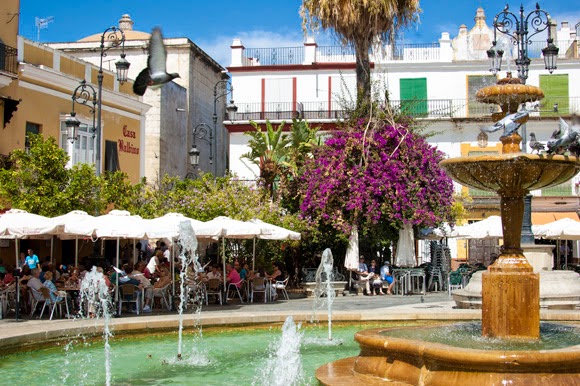 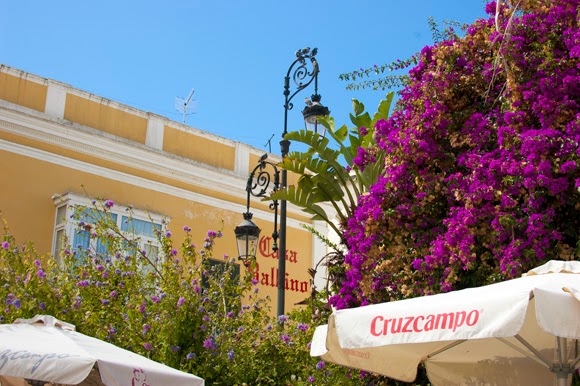 I have to say that our next two visits were more enjoyable. Apart from the few high price items, most dishes are ludicrously cheap, there are few tourists round these parts so everything is priced at the Spanish level.
Salmorejo. €2. 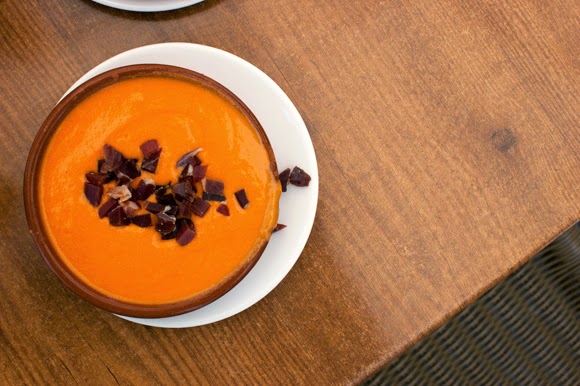 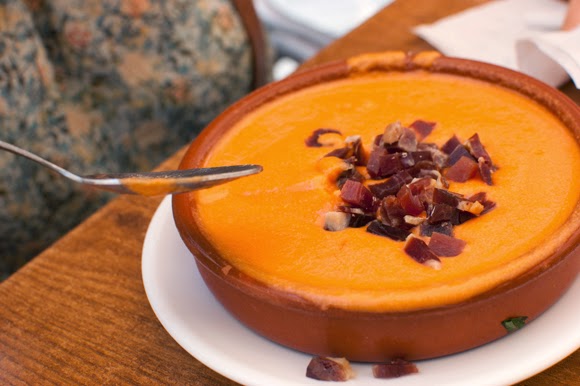 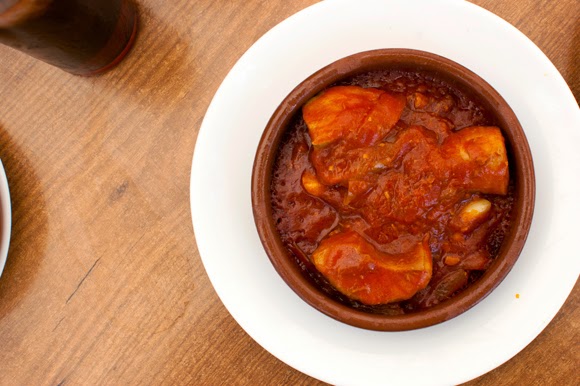 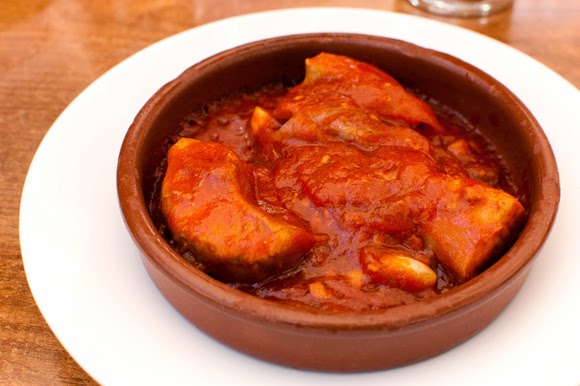 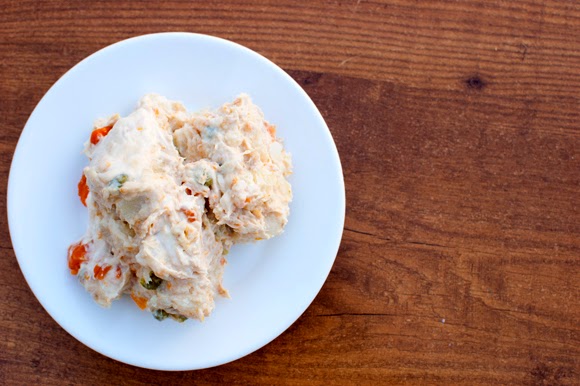 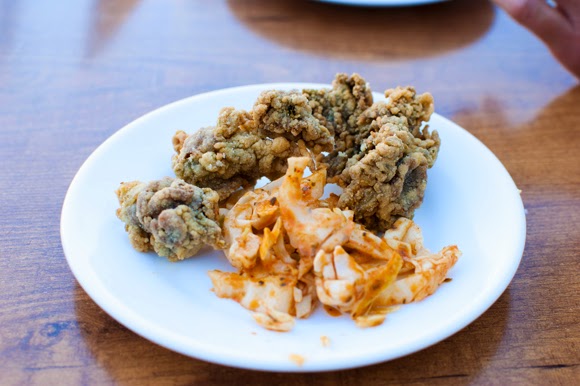 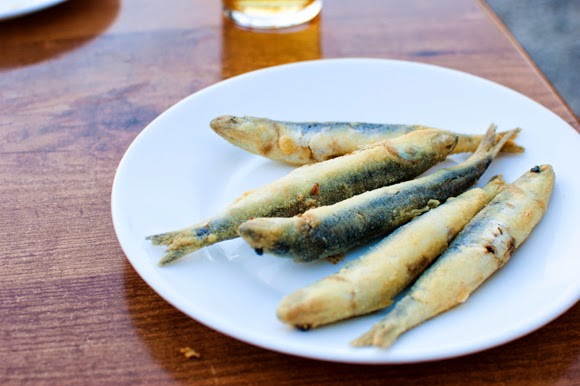 Pinchito de solomillo. €3. Spicy pork kebab. Not ordered one of these for years, this was decent enough. 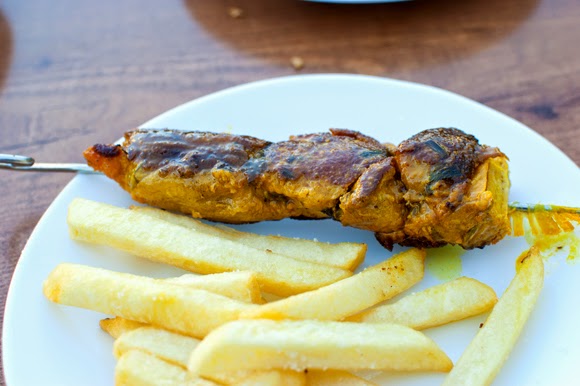 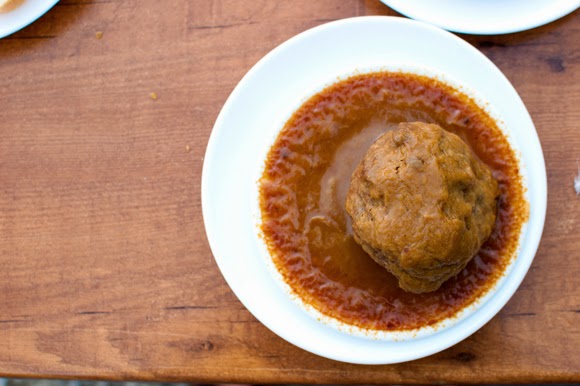 Going to Sanlúcar de Barrameda and not eating at Casa Balbino is unthinkable, it's a Spanish institution. You just have to order a portion of Tortillitas de Camarones too. *As these famous chefs did, José Andrés and Ferran Adrià. 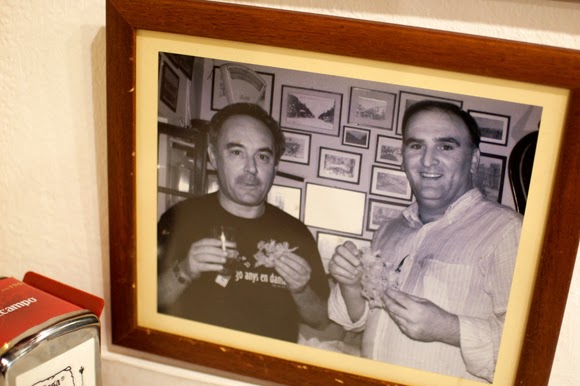 But on a trip where we went to several superb tapas bars including El Faro in Cadiz and Pura Tasca and La Brunilda in Seville, Casa Balbino was good but not exceptional in comparison although it is cheap and there are bulls. 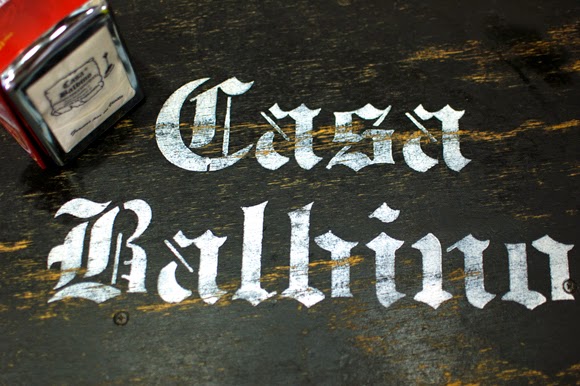 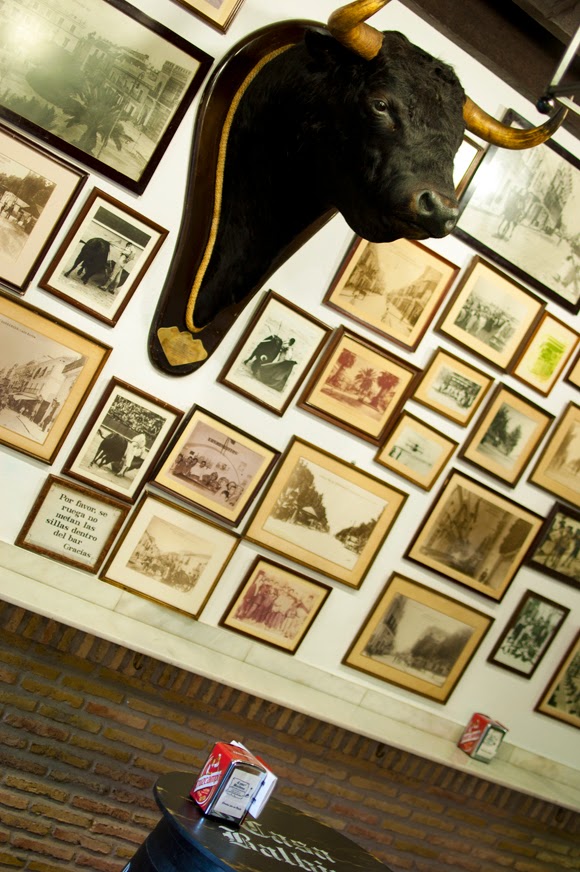 Follow @Bacononthebeech
Posted by Bacon on the Beech at 18:56