An Evening with the Drunken Butcher.

Supper Clubs have never really appealed to me. I've seen too many episodes of 'Come Dine with me'. Supposing there's someone there that I don't get along with, or vice versa? I know I'm a miserable bastard but eating with strangers, no thanks, not for me. Obviously due to my daft stubbornness, I'm missing out big style.
The Drunken Butcher may be known to many of you as someone who runs one of the best in Manchester. Iain invited us around anyway as more of a dinner party as we'd already bumped into him at the Almost Famous re-opening. 'Dinner Party' sounds so poncey too, I'd prefer 'just going around to a mate's house for tea'.
We'd had a bit of a stressful day, and to be honest weren't in the best mood for going out at all. As is often the case with these things, it turns out that it was one of the most enjoyable evenings of food and chat with like-minded people we've had in ages.
I'd worked out that by bike it was only 15 minutes down the canal. This was fine in the daylight, less so later on when we cycled home in the dark full to the brim and slightly worse for wear.
But first things first, the wonderful food.
As it wasn't a paid for event so I generally don't 'review' as such, but the high quality of the produce (meat of course, from Taste Tradition) along with the passion and technique Iain has, surpasses most Manchester restaurants and chefs. We also had the best mash we've ever eaten, in my case in huge quantities. You will never leave the Drunken Butcher's house hungry, that's for sure.
To start; Chilli & soy Pigs cheek's, feta & mint watermelon. A wonderful and unusual combination, the rich flavourful pig's cheeks compliment against the clean fresh taste of the watermelon perfectly. 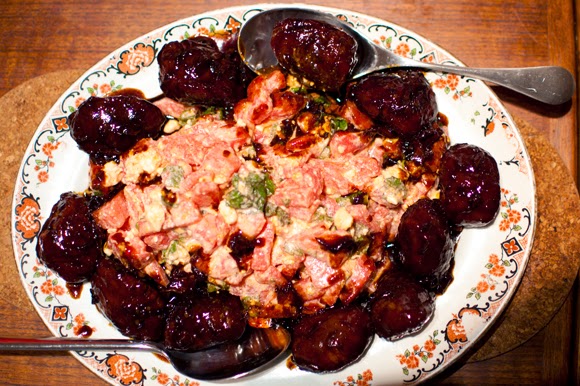 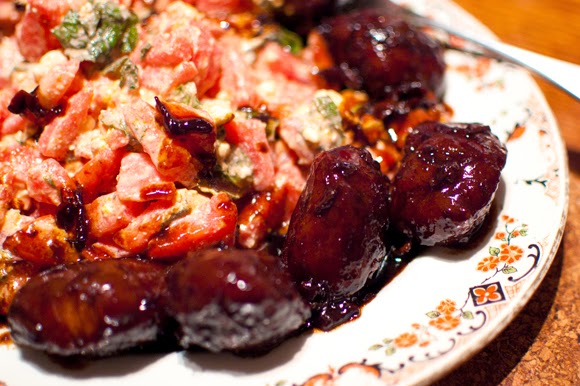 Lamb Rump. Such fantastic quality meat with just the right amount of fat for the full flavour. Plus the biggest portion of mash I've ever seen. I unashamedly went back for thirds. 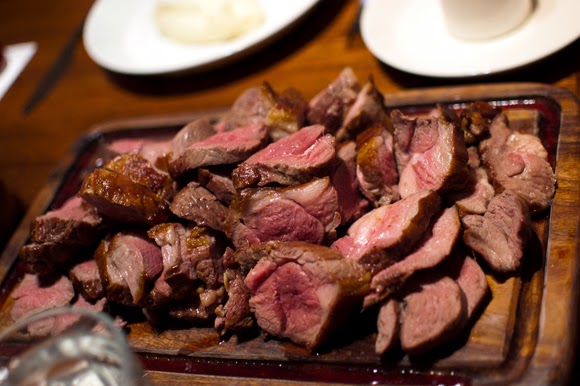 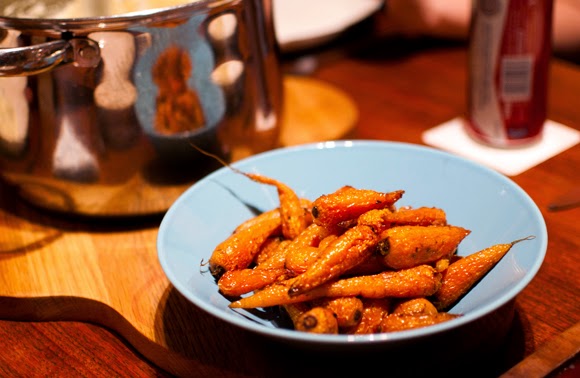 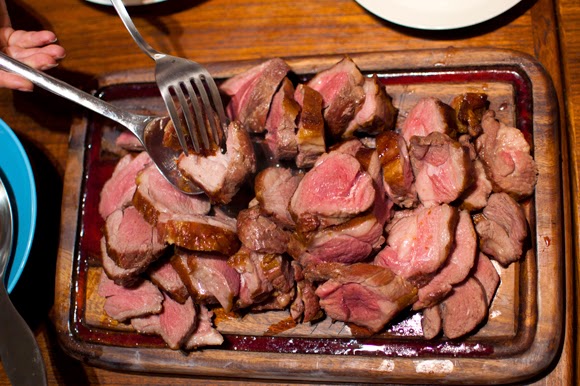 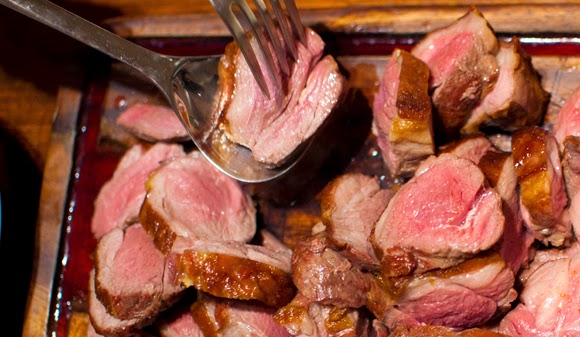 Vimto Trifle. More of a liquid version of my favourite dessert finished the night off nicely. 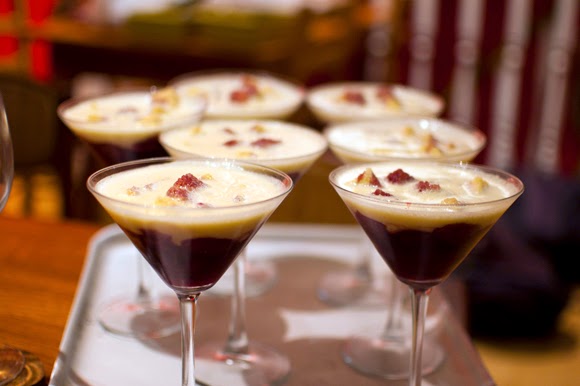 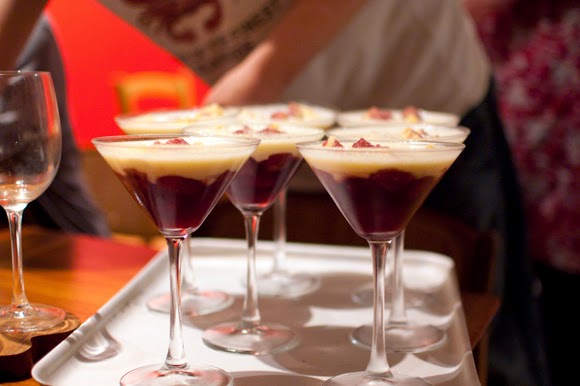 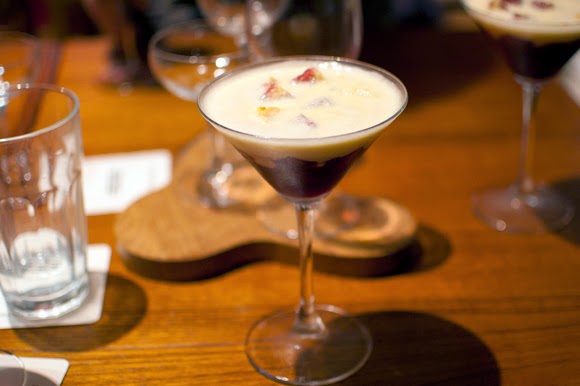 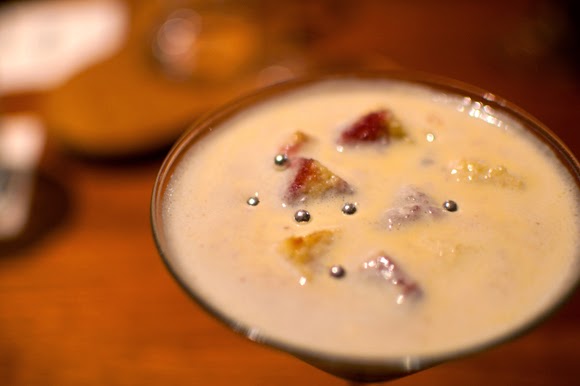 If you're someone like me who wouldn't normally 'do' a supper-club, I'd say go for it. You may be surprised that you absolutely love it as we did.

Follow @Bacononthebeech
Posted by Bacon on the Beech at 19:21