I've made a few trips to Solita lately, firstly to taste a few new dishes and secondly to photograph some other new menu items for Franco, the owner. It would be unprofessional of me to review these items properly this being the case but it's made me think about why people order what they do.
Firstly, the Hemingway Burger. It was a fantastic idea to use the original recipe, recently unearthed of the author's favourite hamburger. Apart from a few unusual touches, (carrots and Spice Islands seasoning for example) it's fairly simple. I had a feeling I'd like it because of this. In fact I'd go so far as to say it's the best burger I've ever had at Solita and probably one of the best anywhere in Manchester. You can really taste the meat unadorned without a hundred other unessential things muddying the flavour. However at the time Franco said; "I knew that it wouldn't sell." Why is this I wonder? 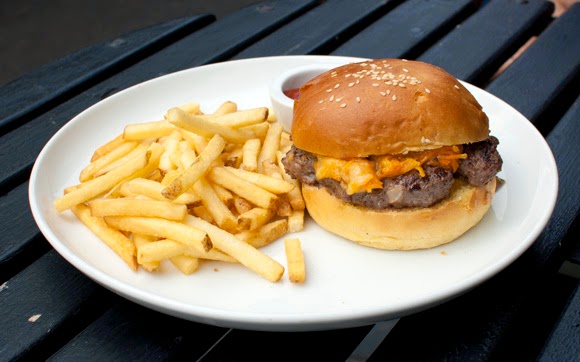 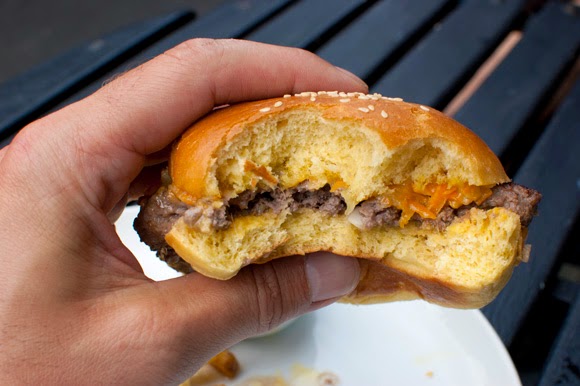 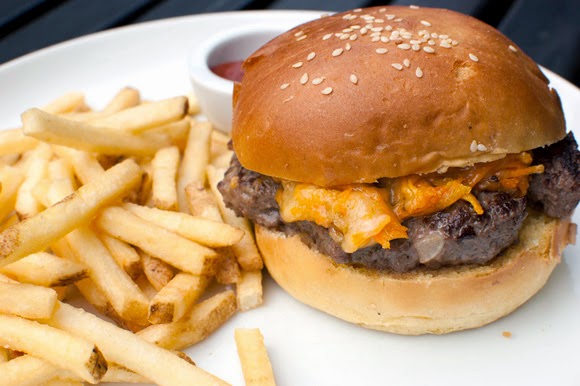 I reckon it's the simplicity of it, perhaps it doesn't look so impressive. People want a big f*ck off stacked burger like the Big Manc that they can Instagram to their mates and say 'look what I've just eaten'. Also, I'm not sure what Hemingway means to most people these days, if anything.
I also tried the Lobster and Sweetcorn fritters which were being developed as I sampled them. The problem as I saw it on tasting the first versions is that lobster is a subtle taste and you couldn't really detect much of the flavour in there. It was fascinating to me seeing Franco work out the costings on these as everyone knows lobster is expensive, it'll be interesting to see if they sell or not at their final price point. (He cleverly ran a competition to come up with some dips to go with them which of course drums up interest). 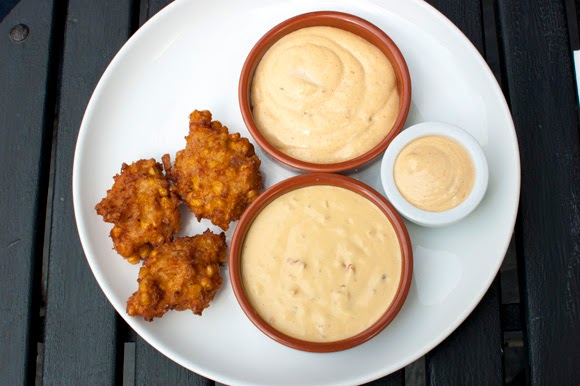 I returned a week later  to photograph a few items, one returning dish; the DIY Tuna Tartare. This in my opinion was one of Solita's most successful dishes, we sampled it last year. It didn't sell much either (although it was loved by a few 'foodie' types and bloggers). 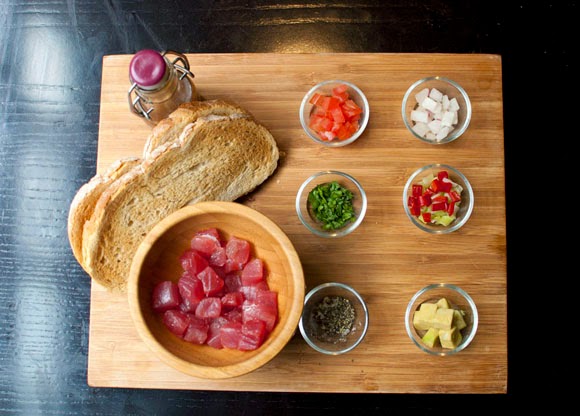 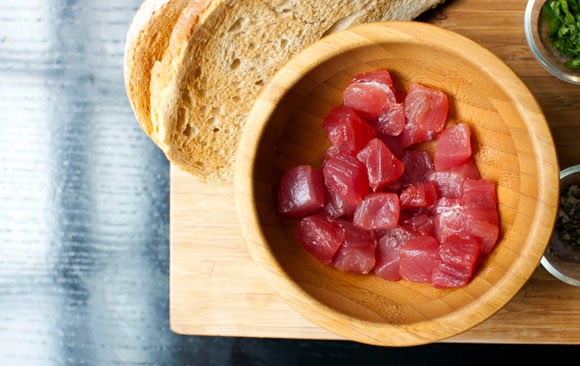 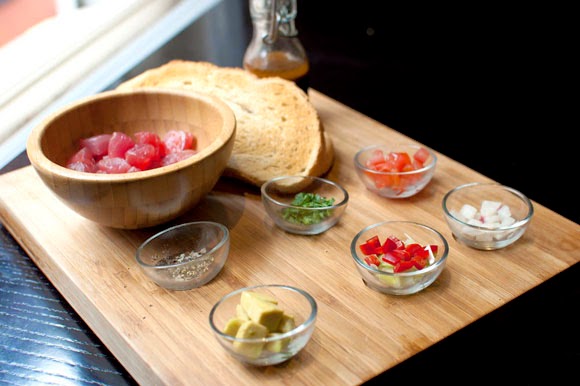 In contrast the Deep Fried Lasagne got absolutely loads of interest when they tweeted the photo last week. It tastes just as you'd imagine (it was actually quite a decent lasagne if you pull off the breadcrumbs and throw away the garlic brioche). Franco is indeed giving folk what they want with this one, even they originally called it 'you dirty bastard'. Er, yes, well, people do often go to Solita with a hangover (they did 850 covers, he told me last weekend) and they're in desperate need of stodge like this. (I can hardly criticise, you should see what I eat with a hangover). Apparently they sold out of these daft hybrids by 7pm the other day. 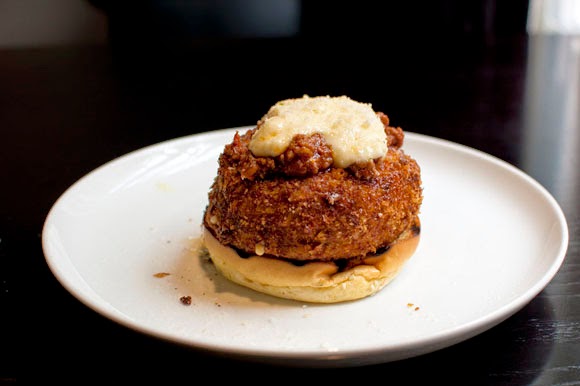 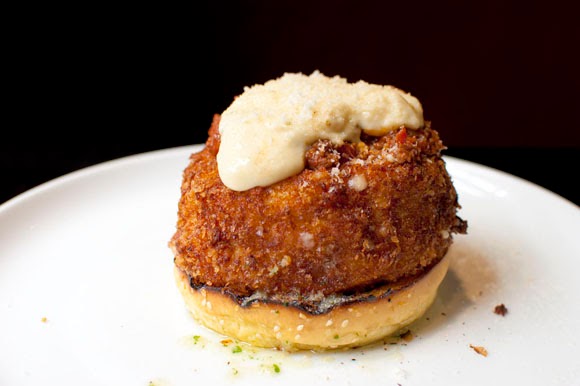 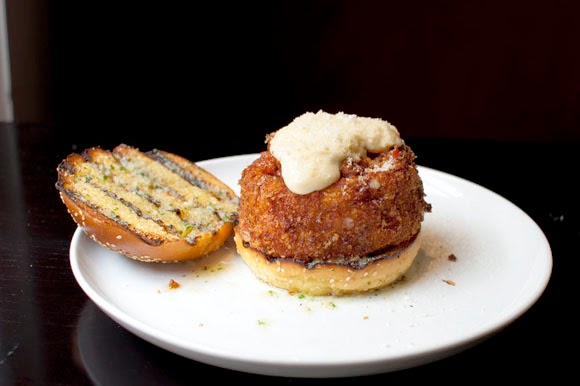 People often moan on twitter about the burger fad and why isn't there this and that in Manchester (me included) but successful restaurants are obviously about making profit. And whether you or I like it or not, a substantial amount of people clearly want deep fried lasagne. But you can't blame Solita or others for giving people what they want and are happy to pay for in great numbers. There's nowt so strange as folk is there? 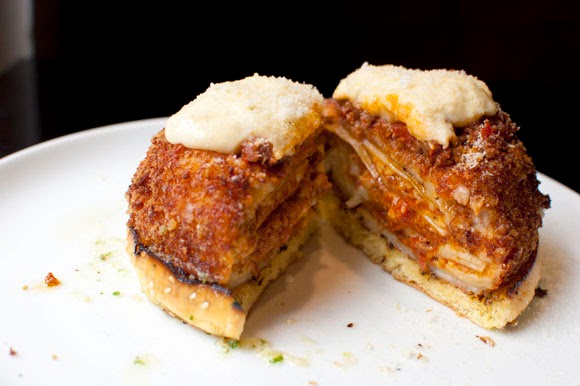 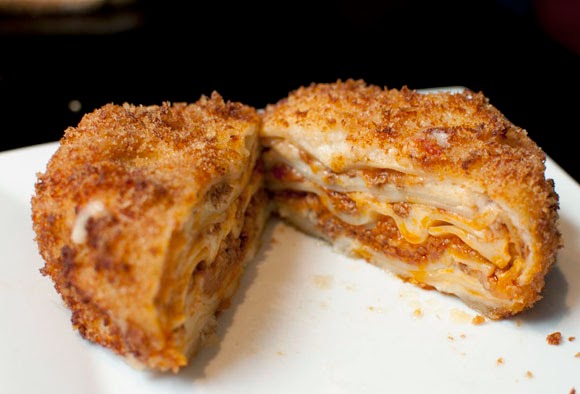 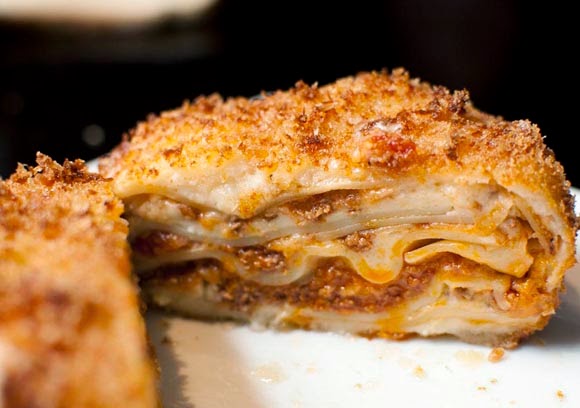 *The Hemingway burger is off the menu now, the others are available (some for a limited time).
The deep fried lasagne is the best selling special this year.

Follow @Bacononthebeech
Posted by Bacon on the Beech at 08:13