The catch all term 'Street food' might be one of the most overrated food 'genres' in recent times. At its worst, I find it can be expensive, unimaginative, poor quality, often amateurish and can be just a modern bandwagon jumping way of reclassifying crappy 'dirty' food served from a van. Neither was I convinced by the recent spate of street food events and parties. I'd been scarred by a different event last year where I'd queued up in a freezing cold warehouse for 45 minutes for a couple of hots dogs and a small can of craft beer and had been fleeced £25 in the process. No, give me a warm restaurant where there's service and comfy seats, I'll leave these events to the young folk. Of course, there were a few exceptions. Hungry Gecko when she was at the Beech, and Honest Crust were a few I've enjoyed along with some others, but I remained miserably steadfast. (I'm not really counting more permanent markets like Levenshulme or Altrincham in this moan).
Then we recently attended the Moretti Movement event at Granada studios which wasn't overly full, was well organised and most importantly the food was all pretty damn good. Those bloody Londoners coming up here and showing us good food eh? 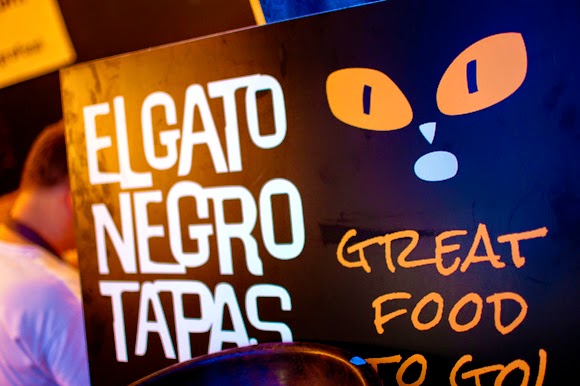 I had to give Beat Street a go though as they were hosting El Gato Negro, a Spanish tapas bar that's been on the to eat list for years. To be honest, it's a bit of a treck to go to Ripponden for tapas, we'd usually travel for Michelin star restaurants although it is in the guide as a Bib Gormand. Also we travel to Spain quite frequently so have visited a number of tapas bars all over the country. (See my Top 10 Tapas Bars post here). Anyhow, as they were going to be at Beat Street, I jumped at the chance to try their stuff out. 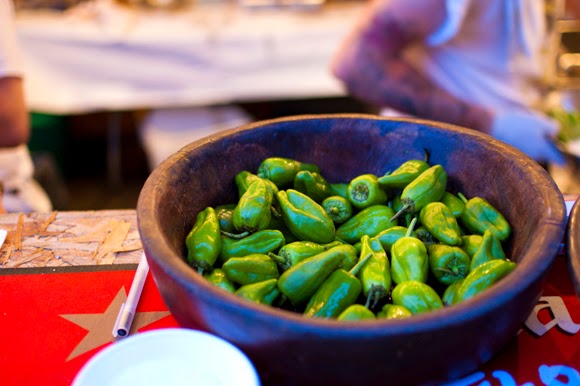 I have to say that I really enjoyed the event as a whole, the sun wasn't out so it wasn't too busy so it was pretty easy to get served at the bar and order food. (I can't be doing with queuing for food). I really like the space and the newish venue too. I suppose it helped that I was already pretty pissed when I got there. It was also great to meet some familiar faces and a few people off twitter that I'd not met before. Even meeting the owner of a place I'd not given a great review to recently was convivial enough. (Drinking beer at about 7% makes every night a happy one, although sadly not the morning after).
So what of the food? El Gato Negro played it relatively safe on their first outing (I believe they will be back a few more times with some different dishes). So we got;
Chorizo. 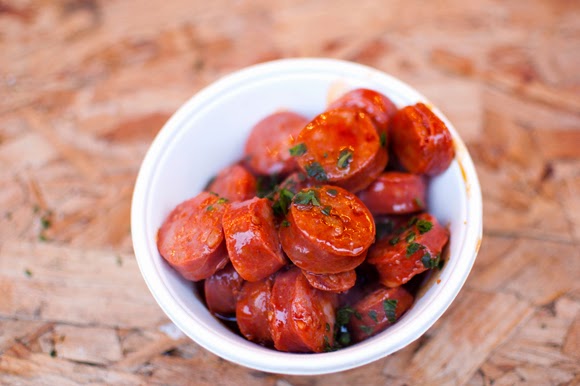 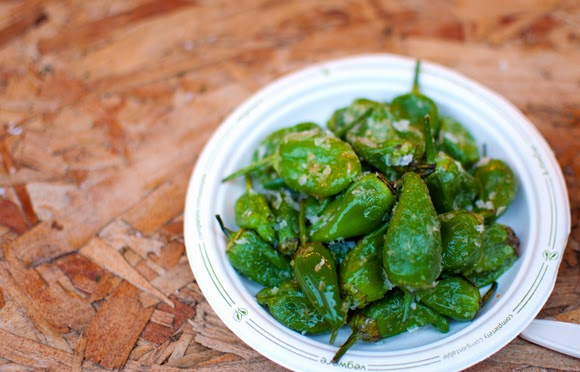 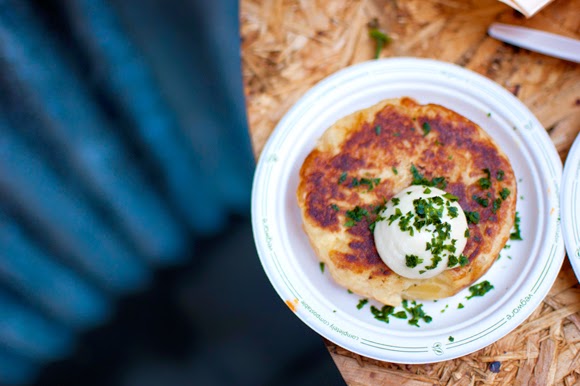 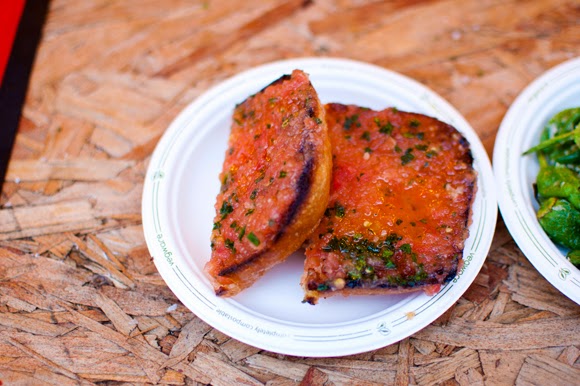 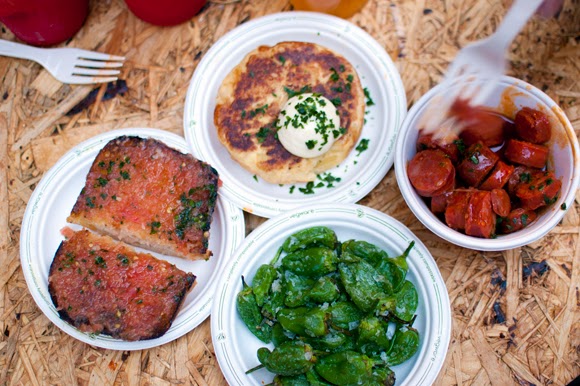 It was all absolutely fine to go with the beer (not mind blowing) although the pimientos had so much salt on them they were actually crunchy. We couldn't eat them.
We will however definitely be returning when El Gato Negro come back to Beat Street. 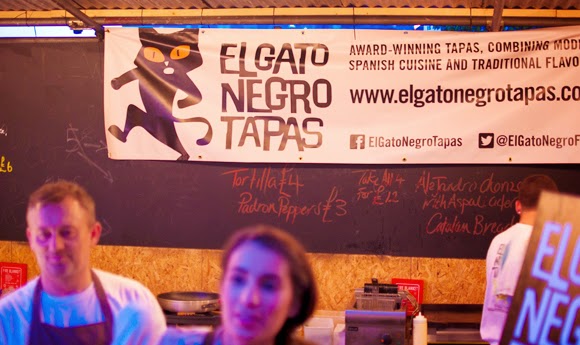 We had a lovely night at Beat Street, it didn't completely remove all my reservations about 'street food' in general but this is where we are at the moment in Manchester. There are good and bad traders as there are good and bad restaurants. Hopefully as 'the scene' progresses, as time goes on, people will be more demanding and we'll see more innovation and vision with better quality food at events like this and others. Having traders with more experience such as El Gato Negro in Manchester can only help street food events to evolve here. We'll be certainly back to try more in future.

Follow @Bacononthebeech
Posted by Bacon on the Beech at 06:24