Good pizza should be made with love, with care and attention with the very best ingredients. Some people think, it's just pizza, it doesn't matter. It does matter and can be such a real joy when done properly. It'll never be those things at Croma. Croma is not that bad, it's just not a proper restaurant. It's a chain run by accountants in restaurant form. 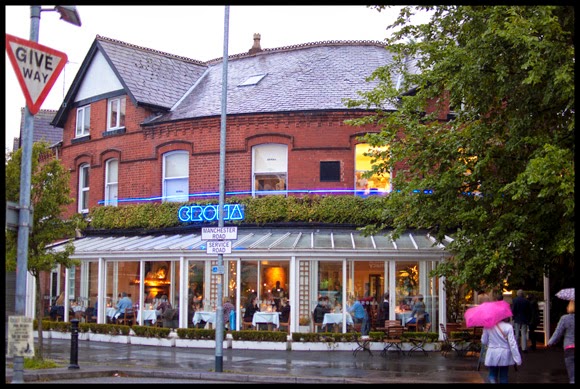 It wasn't our choice to go there. Our conversation went something like this;
Her; "all our friends are going to Croma tonight for pizza. Shall we go"? Me, "You're paying then." So we went. She wasn't happy about paying. She was even less happy afterwards.
That's another thing about Croma, people say it's cheap. It is not cheap, costs mount up and you're left £60 down for two, money you could have spent in a proper restaurant with a proper chef, you know, like cooking you stuff.
It certainly looks like a proper restaurant inside, it's busy busy busy. It's the most popular restaurant in Chorlton. There are proper napkins and tablecloths. The huge, long empty table(s) next to us, looked like a bomb had hit it, and about 30 screaming kids 'expressing themselves'. Luckily they'd left by the time we arrived. People always say that about Croma, it's great for kids.
I ordered a carafe of house red, I was going to have a good time, despite myself. I did actually enjoy our evening but not because of the food. I was with friends chatting, wine was flowing and the conservatory area is quite a pleasant space if a little noisy. The carafe of cheap red house wine comes in at a whopping £18.95 for a litre, but she was paying like I said. 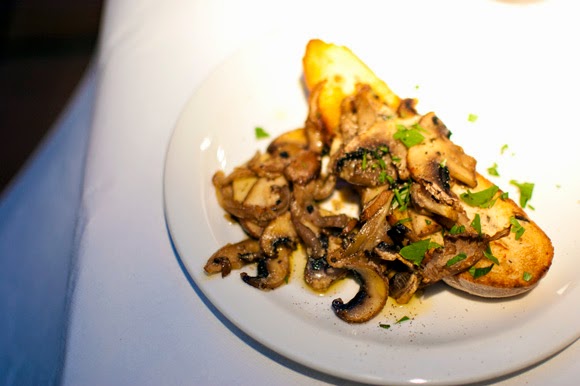 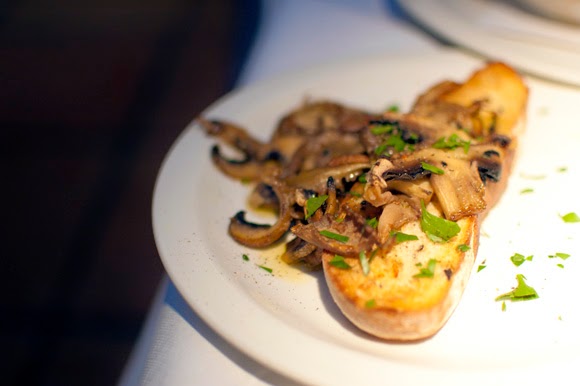 For starters I got a Mushroom Bruschetta (£4.90). It wasn't really too bad. It's the smallest portion they could get away with for a fiver though. Mrs Bacon's prawns were even worse. You can see the accountants there saying 'no, it can never ever be more than four prawns'! Four tiny prawns. Everything is counted out precisely to maximise profit. Mrs B said the prawns were ok. 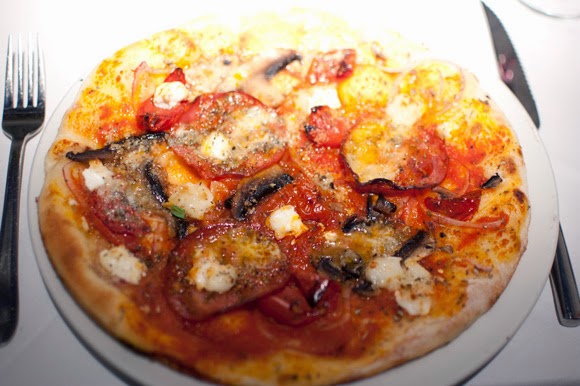 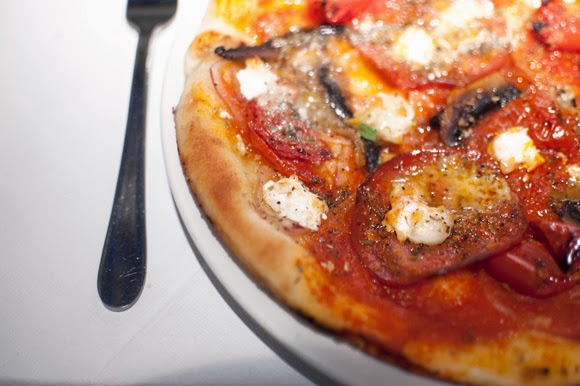 The pizzas are the same. Why are they so small? Because they've reduced it down to the smallest it can be. I had my usual, a Garstang Blue with Chorizo added. It comes in at £7.30 plus £1.95 for three pieces of chorizo. I counted them like they had done. It wasn't a bad pizza. Those accountants have been in snipping cheese back here and there though, so it was very thinly spread. You could just about taste the Garstang blue. All around me people were struggling to cut their pizzas up, the base is thin but springy. I just picked mine up and pulled it apart. It took me about 3 minutes to eat it. The Tiramisu was standard supermarket in taste. It used to come in a large coffee cup, no longer. Economics again I'm guessing. Croma isn't that bad, it'll do for some. Like Pizza Express does, or Costa Coffee will do. Not for me though. It represents everything that's crap about modern chain restaurants. It's run by accountants not chefs. There's no love in there, no passion for food. It's bland, it's uniform, it's safe. But people do love it. Me, I can't stand the place. 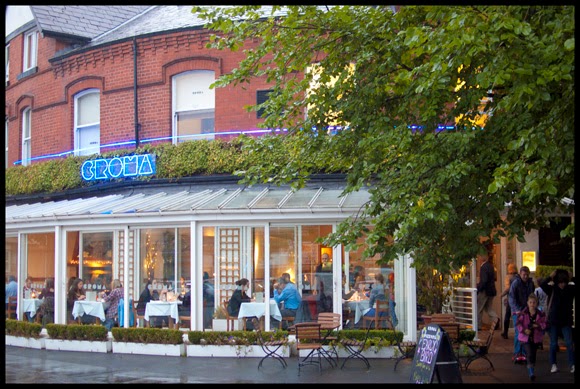 Follow @Bacononthebeech
Posted by Bacon on the Beech at 09:18