"I've got a bone to pick with you." I said to the waiter. I'd not been to Sai Spice since it opened six months ago on the site of the old Southern Pub and I'd quickly checked the reviews on Tripadvisor (mixed as it happens). He looked bemused. He was one of those waiters who has no business being in the hospitality industry, no people skills or warmth whatsoever. So anyway, on Tripadvisor under 'photo supplied by the restaurant' they'd cheekily used my photos pulled from my blog, (or Urbanspoon) without asking! 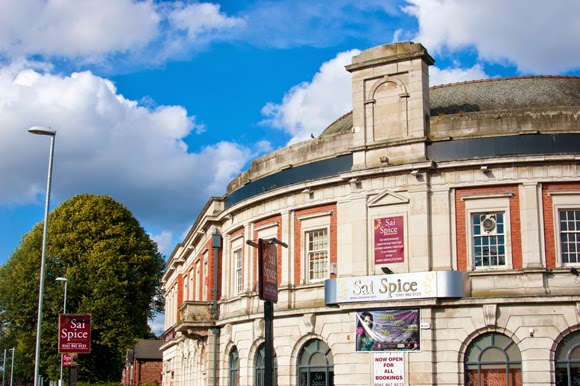 I don't have much time for blaggers but on this occasion knowing full well that they weren't going to actually pay me for the photos, I suggested that could knock a few quid off the meal as a good will gesture (they tried to offer me a crappy dessert but I wasn't having that, they ended up taking £20 off). This small discount won't effect this review as you will see.
I said last time that the interior is a dogs dinner, it still is, but if anything it looks slightly shabbier now. It's bloody awful; Indian restaurant 'posh' but on a budget, it's all tacky 'bling' and no taste. There are plastic flowers in the window and those leather look plastic chairs you only ever see in restaurants like this or maybe the Argos catalogue. The lighting is the worst I've seen in a restaurant but luckily it was still daylight when we visited. 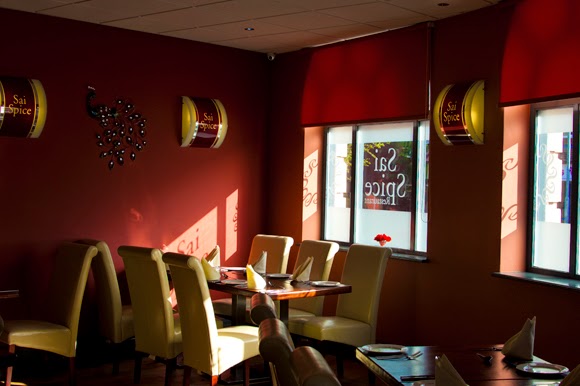 The poppadoms were fine and I even managed to get a bottle of Erdinger which at about £4 wasn't bad, better than the industrial cooking lager Cobra anyway. 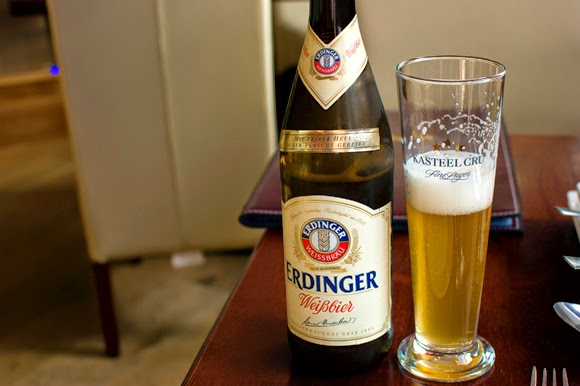 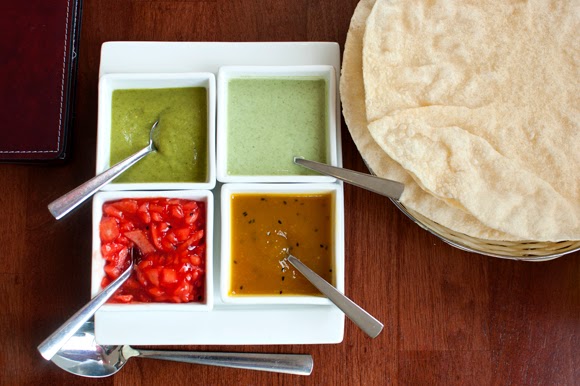 The starters weren't much cop to be honest. The lamb chops* were undercooked and the meat just didn't taste that good. The Seekh kebab had a weird rubbery texture as well. I didn't think much of the Chilli Paneer either, it was hot alright but it had a sweet gloopy Chinese restaurant element to it. 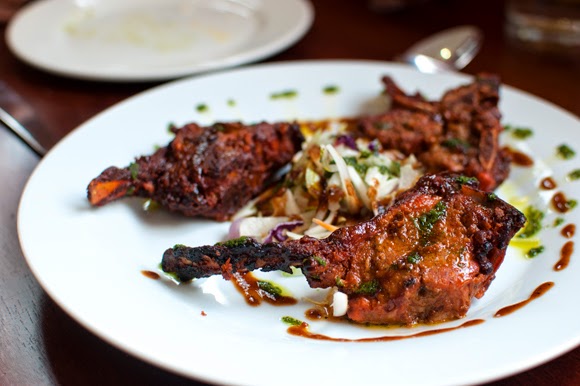 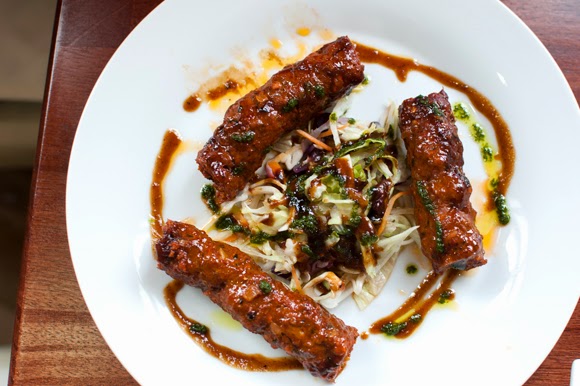 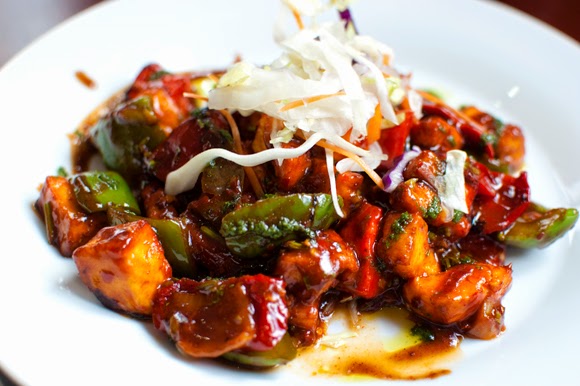 However, the mains were a lot better. The Sai Juicy lamb is a real winner, their signature dish. A lamb shank with gorgeous spicy sauce, it just works so well. The Raga Chicken (four green chilli, tomato and yoghurt, cream) was really good too. Even the veg option of Aloo Gobi was enjoyable and I'm normally nonchalant about these sort of vege dishes. My friend's creamy, smoky paneer dish wasn't bad either despite it being bright orange. 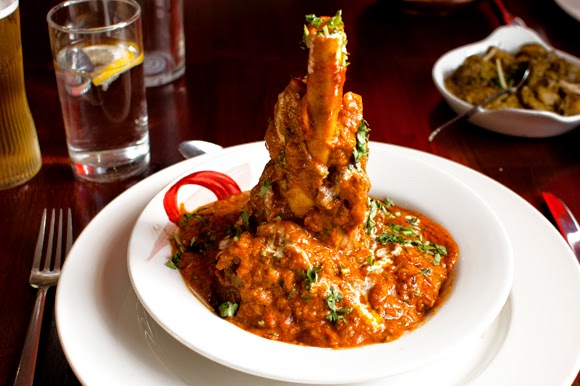 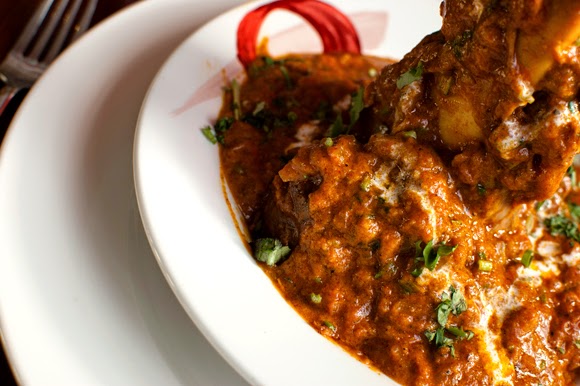 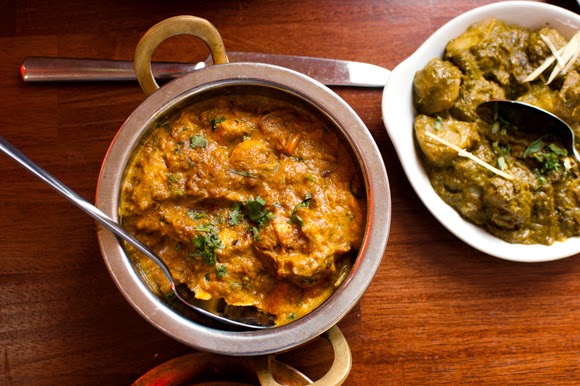 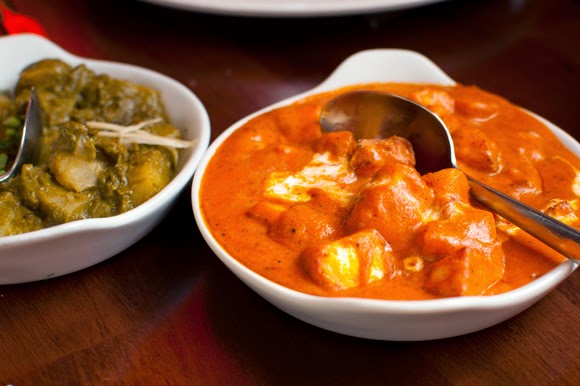 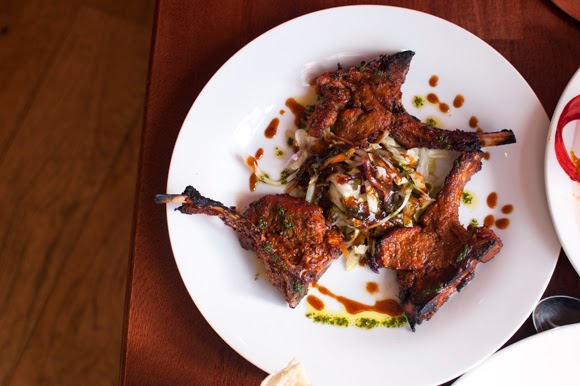 But was this enough to make me want to return? I'm not sure to be honest. A restaurant is much more than good food. It's the enjoyment of the experience as a whole. In this case, amateurish service and a dreadful interior do nothing to enhance the meal. It's also in the middle of nowhere, if we're going to drive, we may as well go a little further into Rusholme (Mughli, Ziya) or West Disdbury (Great Kathmandu).
But you never know, that curried lamb shank may call me back in six months.

All photos are copyright Bacon on the Beech. Do not take without asking.
* The chef kindly sent out some more lamb chops with the mains, they were more well done but the meat was still poor quality.

Follow @Bacononthebeech
Posted by Bacon on the Beech at 12:18