We've been fans of Coriander for almost ten years by my reckoning, since they were only up by Southern Cemetery. More recently they opened another branch right near to us in Chorlton. It was a wise move by them, it's one of the busiest restaurants in the area. Like any of our favourite restaurants, we've been through times where we seem to be in there all the time. But we thought we'd give it a rest for a while, we've not been since Christmas, so we were excited to return for Mrs Bacon's Birthday the other day. 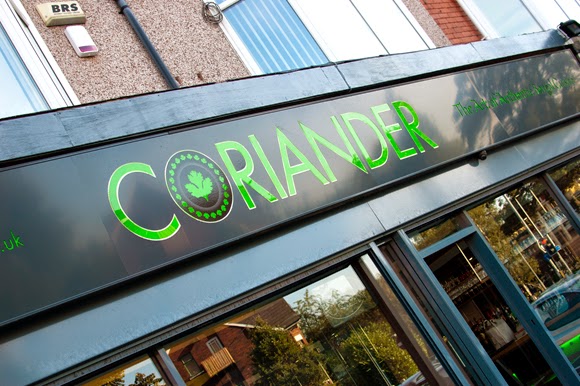 It was as busy as ever and they've recently got someone to tweet for them which obviously helps with free publicity, inviting bloggers in etc.
I think I may have been the first to review the Chorlton restaurant and have always recommended it as the best Indian in the area. I've always paid for my food as well. Unfortunately our last visit was not nearly so successful.
The first warning sign was the yoghurt sauce. It was unnaturally, overly sweet. I'd guess that someone had added sugar to this. A bad and unnecessary habit if so. (Mrs B tells me the mango lassi was over sweetened too). I let it pass, beer was flowing and those poppadoms weren't going to eat themselves. Also, complaining about every single thing puts a dampener on a convivial evening. 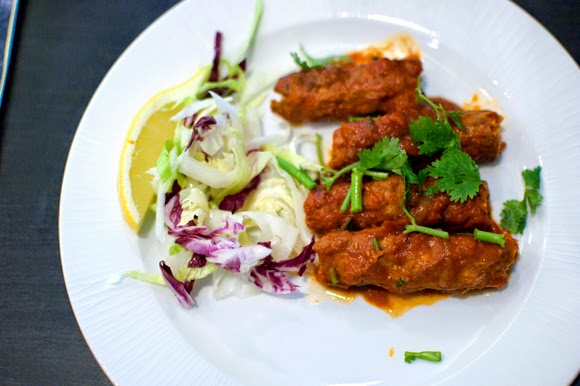 Starters were fine, an enjoyable enough spicy Sheekh Kebab (£3.10).
For mains we had a Chicken with Methi & Mint, Chicken with fresh mint, fenugreek & natural yoghurt (£7.70). Unusually for us, it was a mild dish, but a friend had recommended it to us and as we were ordering another spicier one to share, we thought it'd be a good balance. It wasn't. What I've liked about Coriander in the past are the clean, almost Thai like flavours, it was their unique selling point. That was missing. This just tasted sickly sweet and saccharine. My Lamb Chilli Masala (cooked with onion, Ginger & fresh hot green chillies, £7.90) was super hot, but again there was something missing from the food we'd had there previously. They've changed the chef I bet, I said to Mrs B. I'm almost certain of it.* 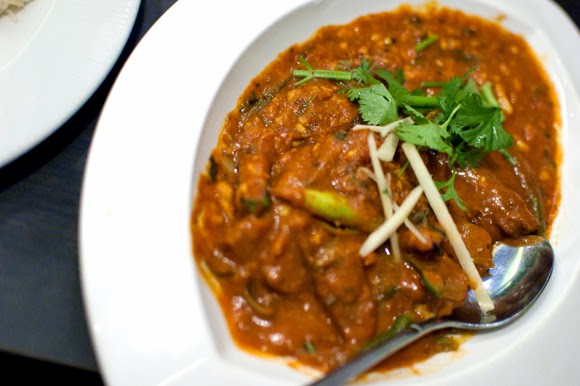 She couldn't eat her Chicken with methi & mint, so they kindly sent out an old favourite as a replacement. Urban Style Chicken, (Chicken, chickpeas, peppers, onion, & garlic, £7.50). Nope, that wasn't as good as usual either. (Again overly sweet). Mrs Bacon left it. She never leaves food! (We normally take out boxes to freeze for lunches). 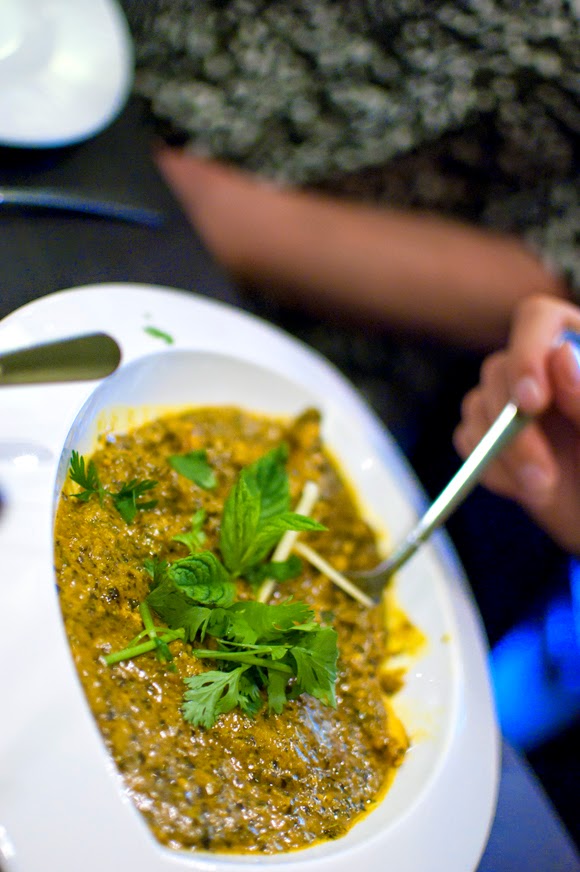 We were so disappointed, this food was a shadow of it's former self.
Chef's come and go and restaurants change, but what was so special about Coriander was missing on this visit for us. I want to be fair on them and hope that it was a one off. But it has to be said that the food we ate on Sunday was not a patch on the food we've eaten there (and the original restaurant) many times in the last ten years. The dishes we had were either hot, sweet or both hot and sweet. There was no subtlety or clarity in this cooking. Perhaps we were just unlucky in ordering the 'wrong dishes'. 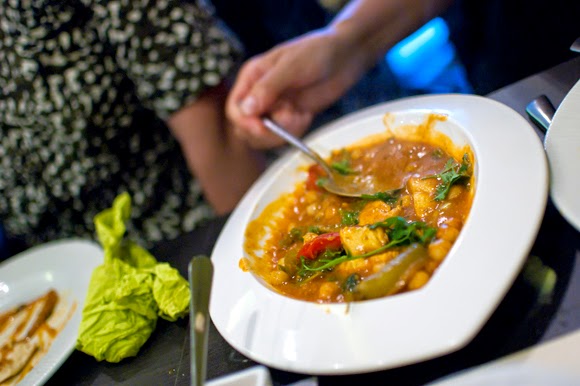 I hope for their sake that their head chef was on holiday, as they need to do something about this quickly. It won't take long for other customers to work out the difference either, if it's permanent. I certainly hope not.

* I've been in contact with Coriander since and they told me that they do not have a new chef. They say that they are taking my points seriously. I hope my constructive criticism is a help rather than a hindrance as we've been regulars for the past decade.
They've not got back to me since. 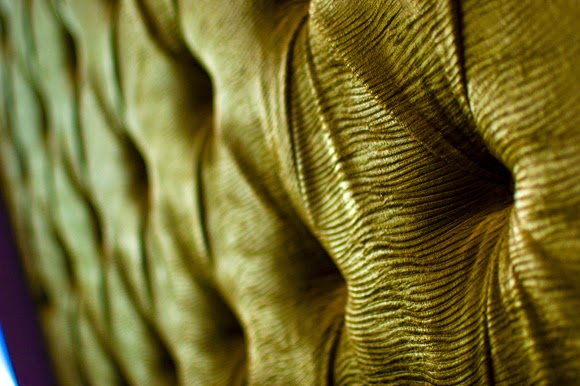 Follow @Bacononthebeech
Posted by Bacon on the Beech at 16:10