I kind of regretted accepting the invitation to try out Cane and Grain against my better judgement really. I tried to get out of it by saying that I had my dog with me so couldn't eat inside but unbeknownst to me, they had an outdoor space to the front. I'm also breaking my own website rules by reviewing a 'freebie'. It was convenient though as I'd be in the Northern Quarter anyway, waiting for Mrs Bacon whilst she was shopping. 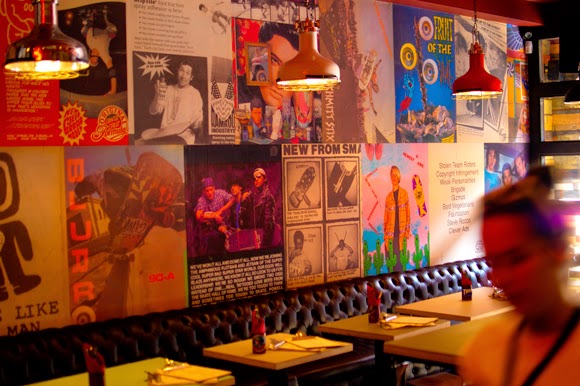 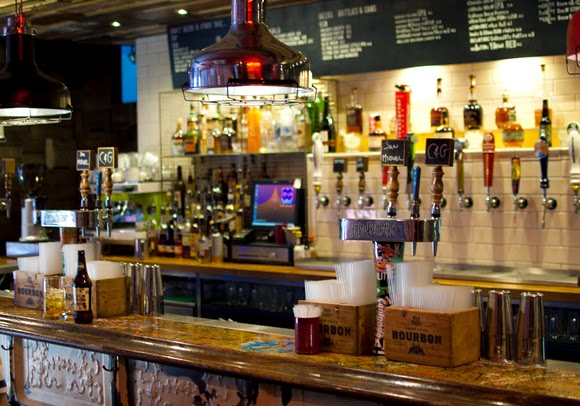 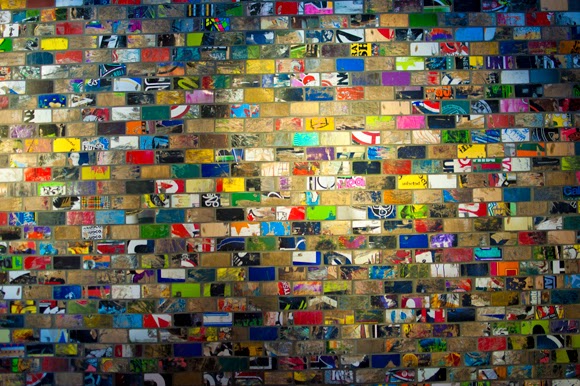 I was interested in checking out this new bar though. First the good stuff, it's a quirky interior, each of the three floors is different (although they had a power cut when I was there so it was too dark to photograph properly). There is a secret staircase, a tikki bar (The Liars Lounge) and a NY style speak-easy. I'm told on good authority that the cocktails are amongst the best in the city. Obviously lots of thought and expense has gone into it all. The beer selection wasn't bad either, I settled on an easy drinking Red Hook IPA. Hardly an IPA at all but it went down easy enough. The £5 a pint price tag slightly less so. (I paid for all the initial drinks). 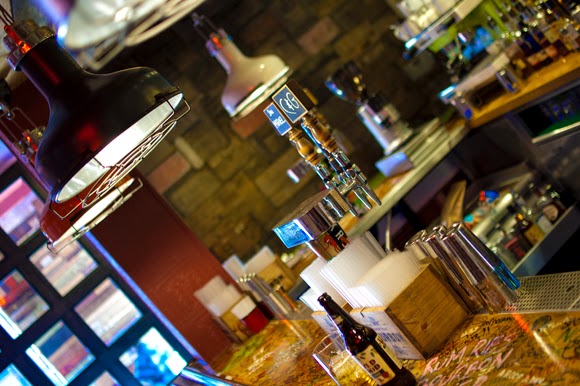 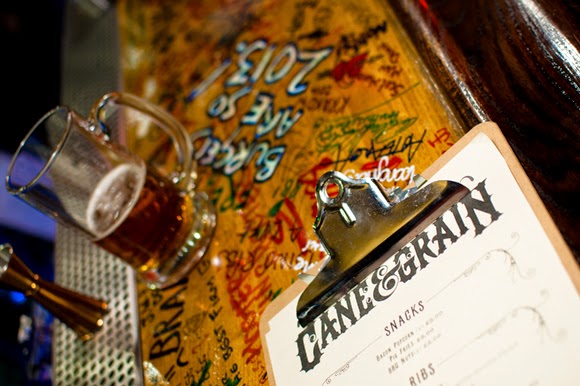 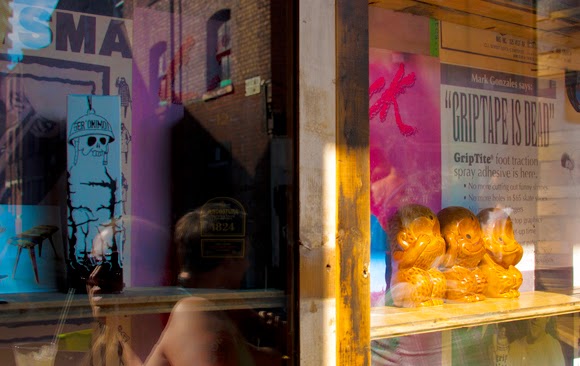 So where's the catch? Well for me, I don't really want to be the tw*t who rains on the parade, but the food was a massive let down. Apologies to all involved, but there's little point in having a website like this unless you say it how it is. Hopefully all feedback is helpful if constructive. Truthfully, this is not how it's meant to work. The blogger normally goes for a freebie and says how brilliant it was. (Throwing in a few tiny constructive criticisms). Job done, everyone's happy. But I can't in all honesty say it was.
They specialise in ribs and these were a let down. (As Reds True BBQ had been in hindsight).
Firstly though we got some bar snacks which where fine. Bacon Popcorn (I couldn't really taste the bacon, (£2) and BBQ nuts (£2) worked perfectly scoffing with a load of beer in the sunshine. (The pig fries were off, sadly for me). 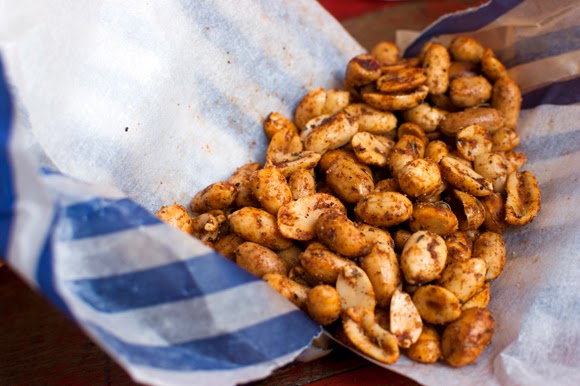 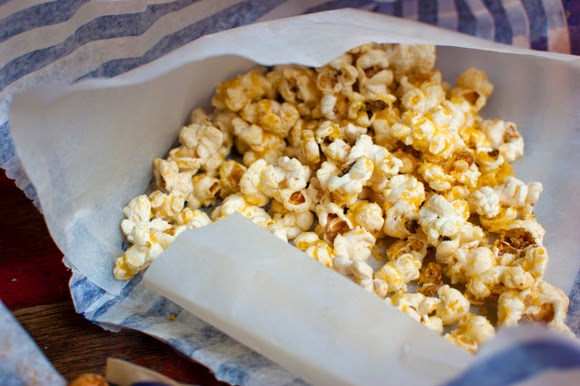 The St Louis Spare Ribs were big buggers. Unfortunately they were hugely over dry. It was like they'd stuck my Mum's old leather handbag from the 70's in the oven for about five hours. They were frankly inedible. (Well I could have eaten more but there would have been no joy in it). The Jacob's Ladder (Short Beef) ribs weren't much better. They were less dry but there was something about the taste of them that wasn't quite right, something I couldn't put my finger on. This is the sort of meat that makes me feel like going veggie for a bit, and that's me talking. (By the way in contrast, the Jacob's Ladder at Chester's Sticky Walnut was one of the best things I've eaten all year so I know how good it can be). 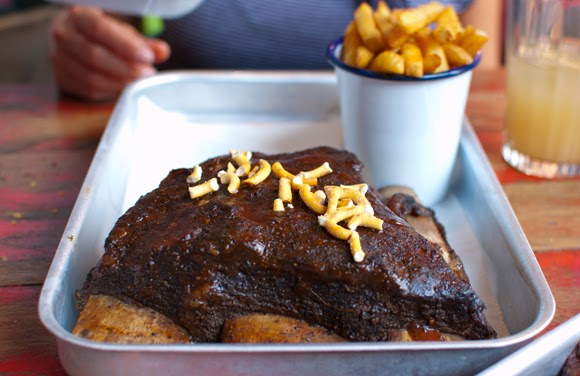 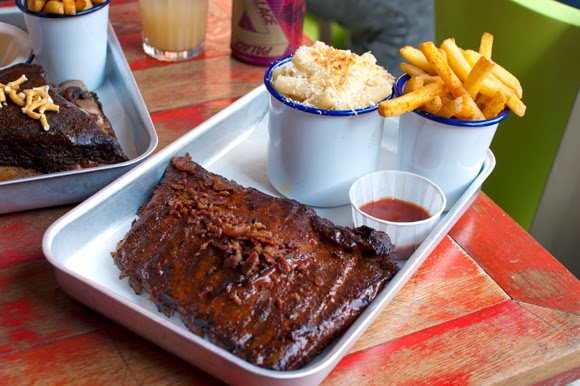 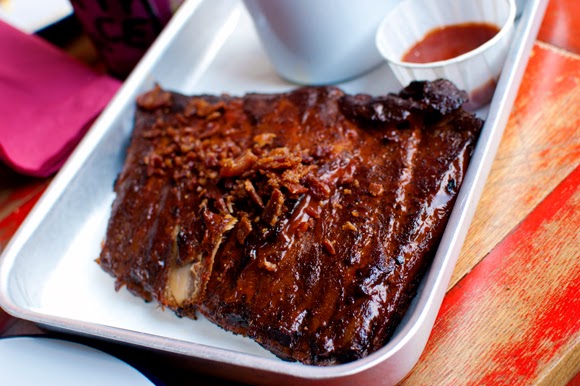 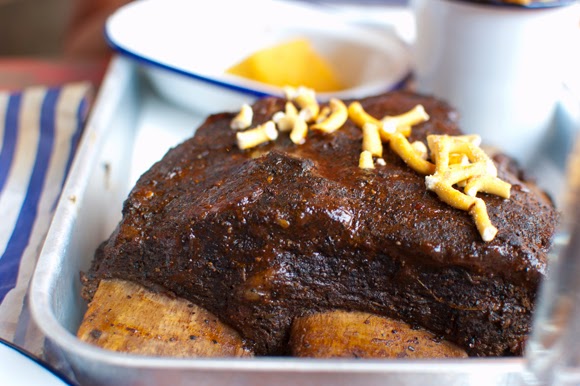 We left both ribs hardly touched and filled up on fries, Truffle Mac and Cheese ( a very thin sauce with not much truffle) and the Corn Bread loaf (we liked this). 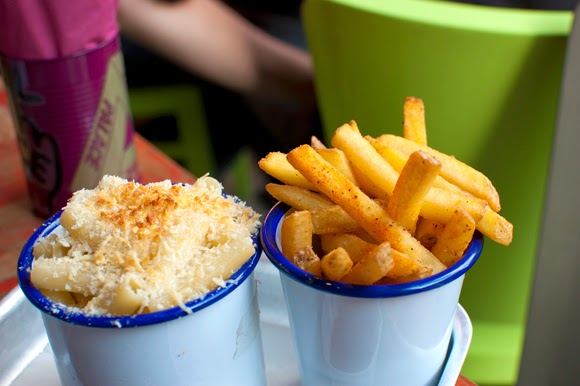 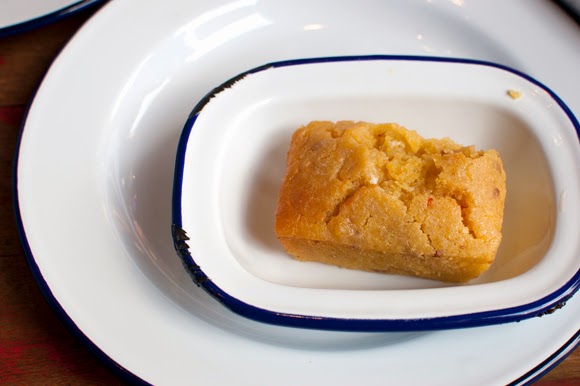 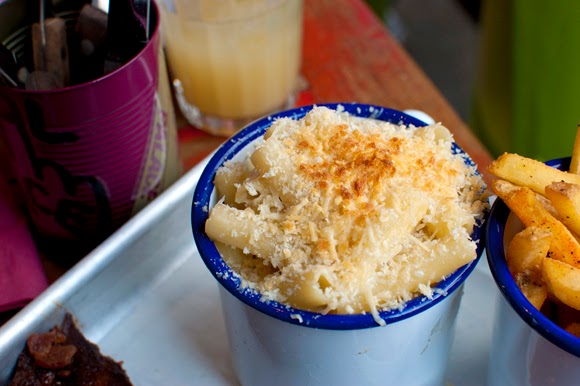 In conclusion Cane and Grain is a great bar and addition to the Northern Quarter as a place to drink but I'm sorry to say that for us, on this occasion the food in general really was a huge let down. I feel a bit of a shit saying that (the staff were all absolutely lovely to make matters worse) but I was invited down for my honest opinions after all.
I know bars and restaurants have to go where the money is and that happens to be all things 'dirty' and American right now, but they would have been better making sure that they'd perfected their speciality down to a tee. I would return to Cane and Grain (if they'll have me) but for drinks only. 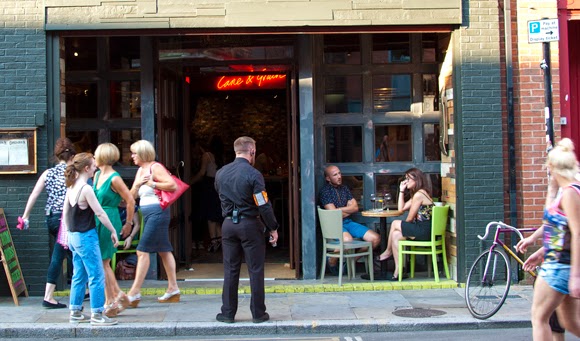 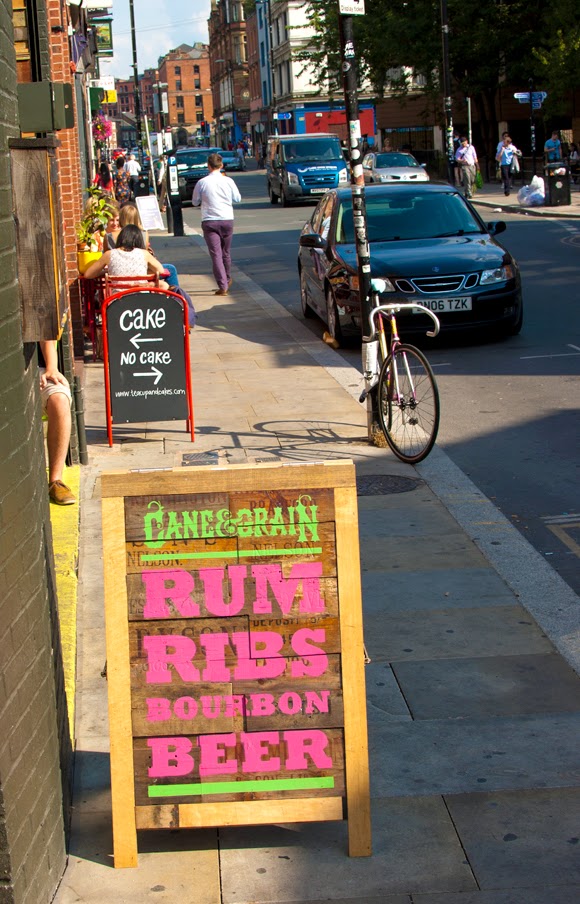 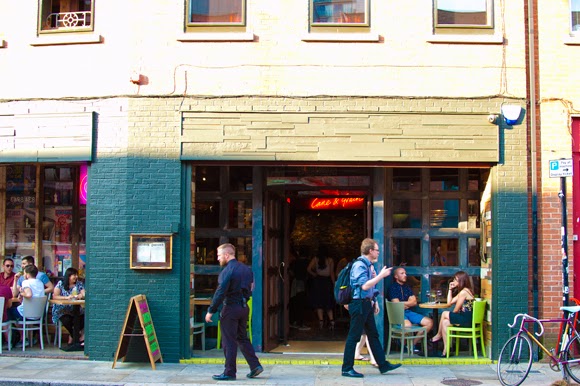 Follow @Bacononthebeech
Posted by Bacon on the Beech at 08:36