There's been such a massive buzz about Vietshack on twitter. They've only been open just two weeks and they've sold out every day it seems. That tells you something right? The Arndale food market might not be your first choice for lunch but choose your seats well (we like the window stools by the Micro Bar) and it's not so bad. 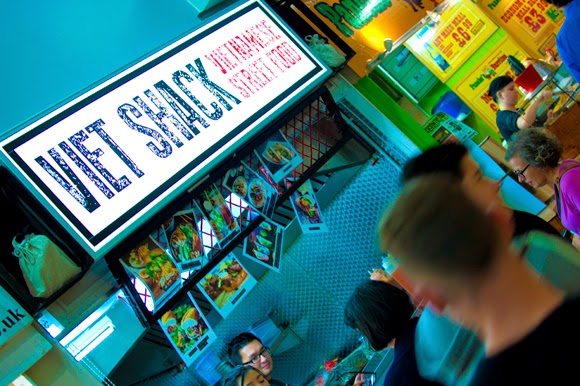 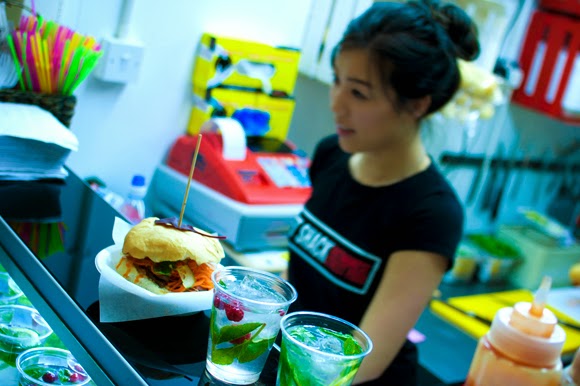 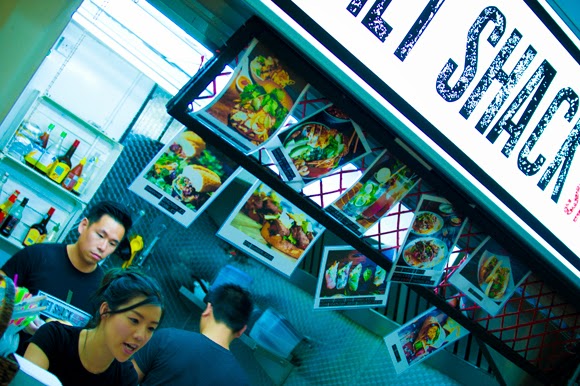 We'd already had a few chats on-line and I also met someone else I'd had food conversations with on twitter. @AfoodSmith was waiting in the queue too, which was a bit mad as I had no idea if she was a man or a woman before I actually met her and her daughter! The guys at Vietshack were very friendly too, so we set to order. 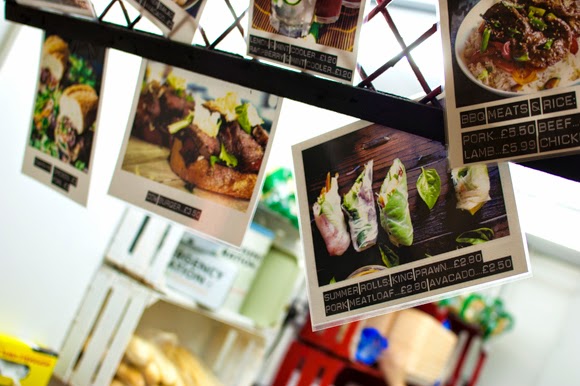 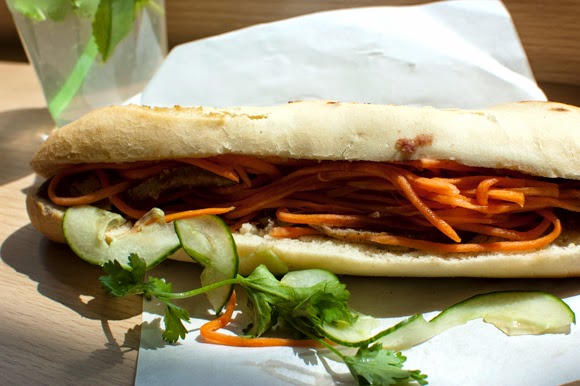 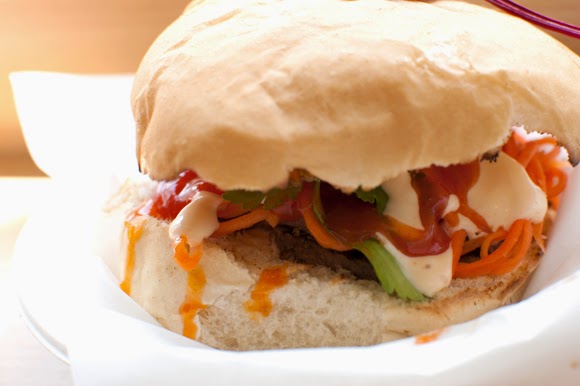 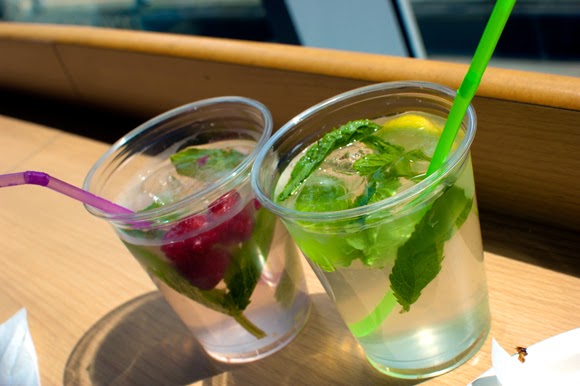 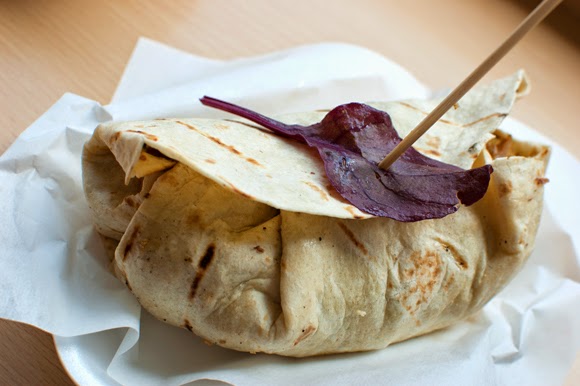 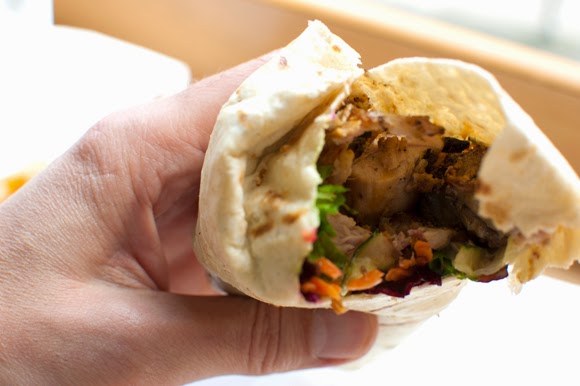 It all came to just over £11 I think, or thereabouts for quite a big lunch for two. Amazing value, and the food was super; light, fresh, spicy and just damn tasty. It felt healthy too. So the hype was well justified. Lovely food, lovely people and great value. My number one choice for cheap eats right now. They're hoping to open a proper restaurant in the Northern Quarter too. But for now, my advice is to get there as early as you can because they're queuing for this stuff and it's well worth queuing for. 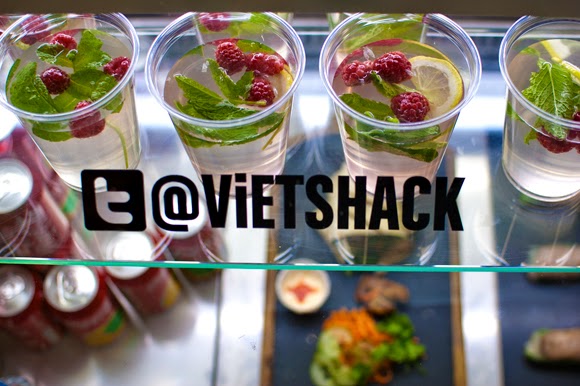 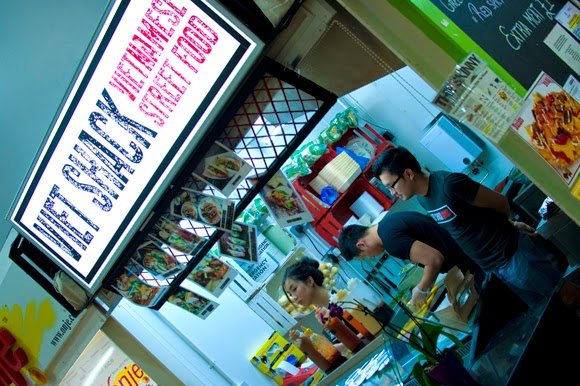 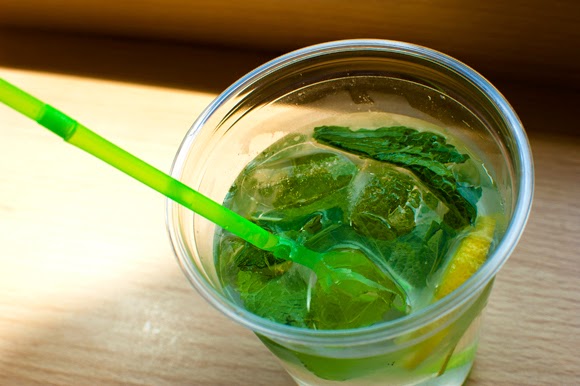 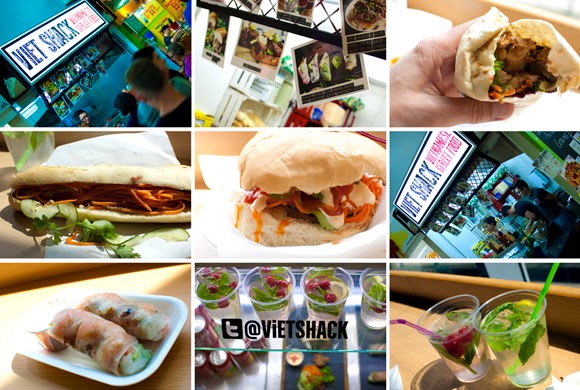 Follow @Bacononthebeech
Posted by Bacon on the Beech at 07:11