I very nearly cancelled our booking for Etrusco. The food looked impressive on the photos but I wasn't totally convinced that it was the best use of my dwindling funds. It isn't a Michelin star restaurant, and I only had the recommendation from a friend of a friend off twitter. There are no recent blogposts either, and you can never really trust Tripadvisor can you. Besides, I tend not to think about so called 'fine dining' in relation to holidays in Greece. The food generally tends to be good but simple, hearty and traditional. Michelin stars are thin on the ground especially in comparison with Spain, although there are four in Athens I think. 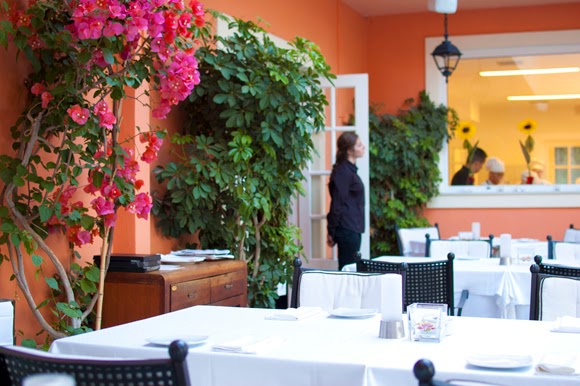 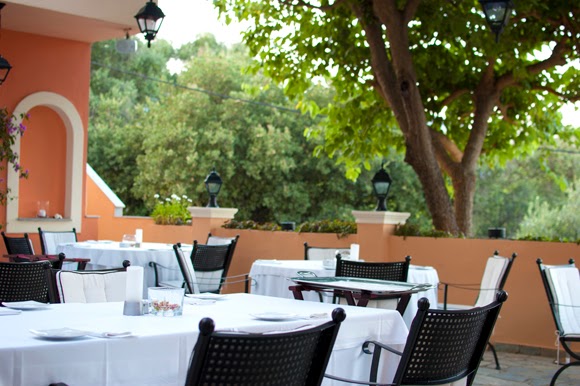 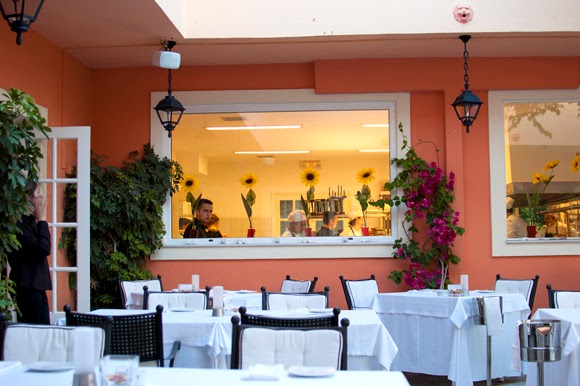 I decided to gamble on it and I'm so glad I did, as it turned out, it was excellent. It's a good 25 minutes in a taxi from Corfu town and as we arrived in a beautiful courtyard onto the corner table, we were the first there. When the appetisers arrived, I got the feeling that we were onto something. 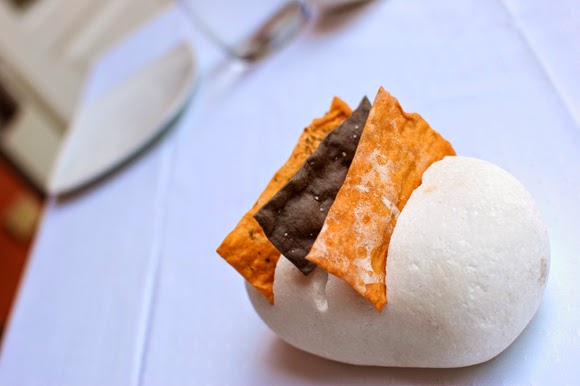 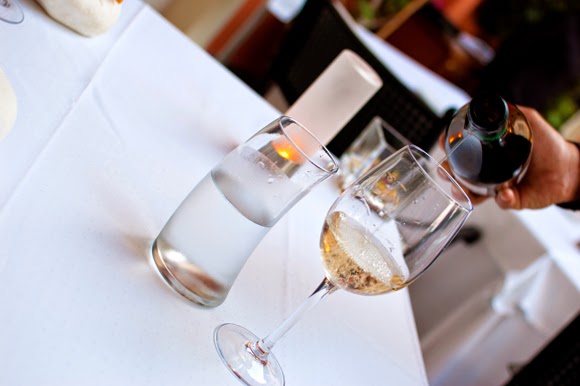 First a map of Corfu with five amuse bouche, dotted around the island. Especially of note was a 'homage' to El Bulli; a single Spherical Olive, but Greek versions (and they were as good as the ones we had in Tickets last year). Others were modern interpretations of Greek dishes, beautifully crafted. 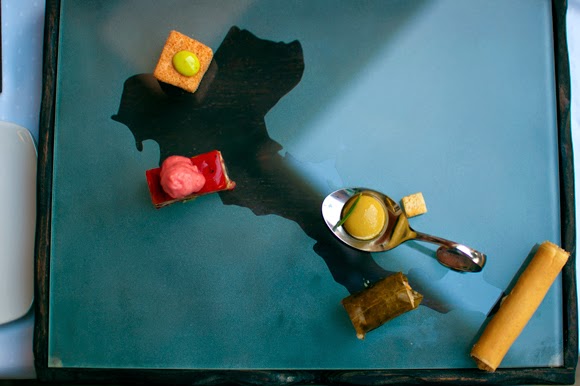 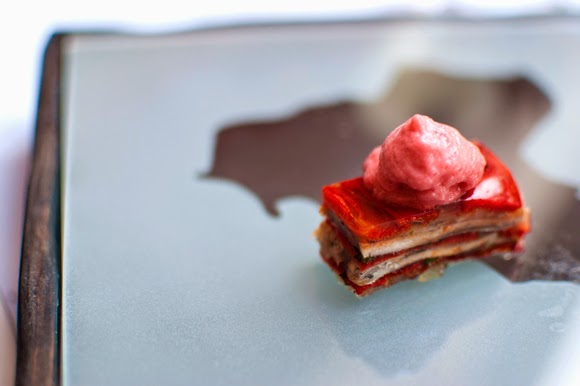 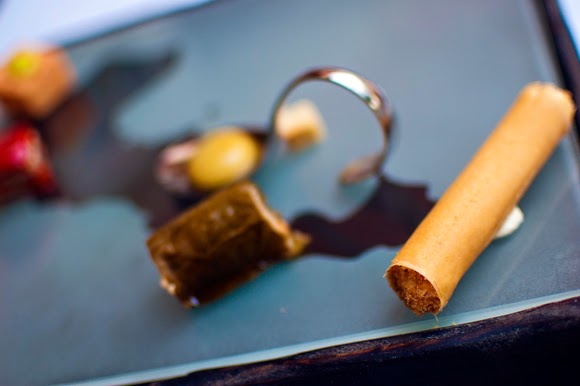 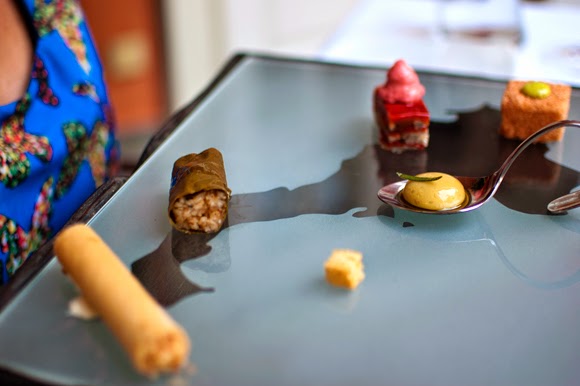 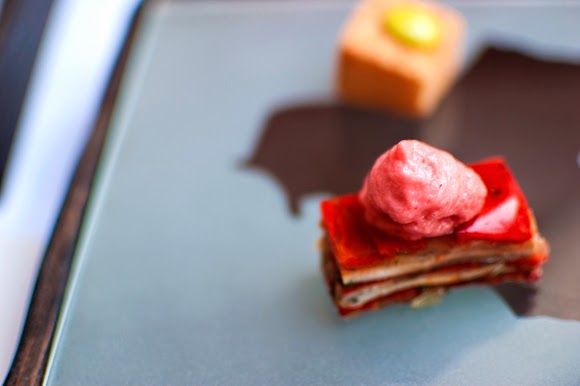 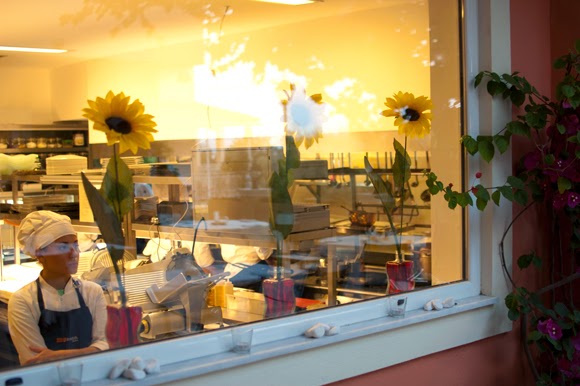 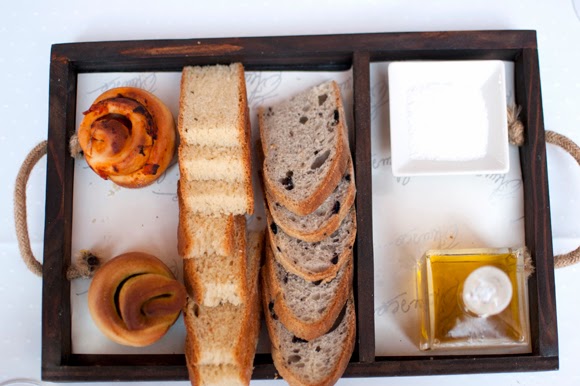 Next 'Mediterranean flavoured octopus Carpaccio'. This was good but not outstanding. 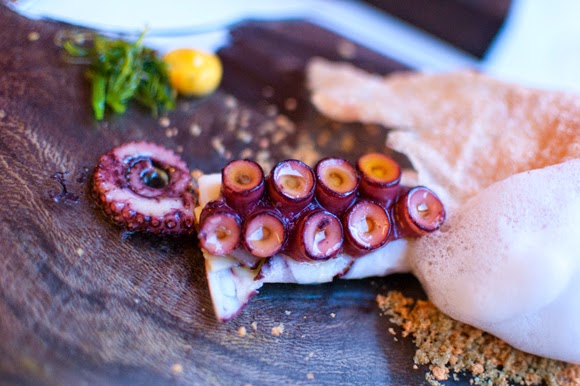 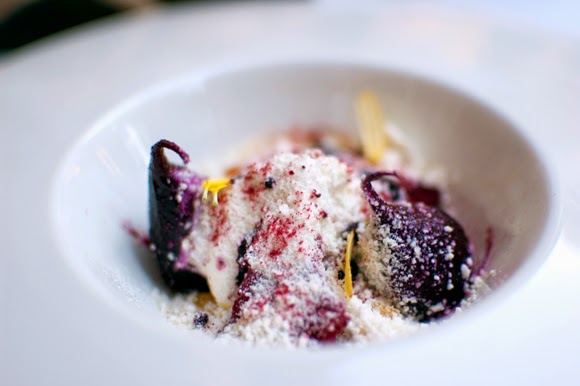 Scallops on the rocks.
Risotto with veil of rose petals, hints of spice and smoked king prawns.
Cod a la plancha (Variation on a Corfu tsigareli). 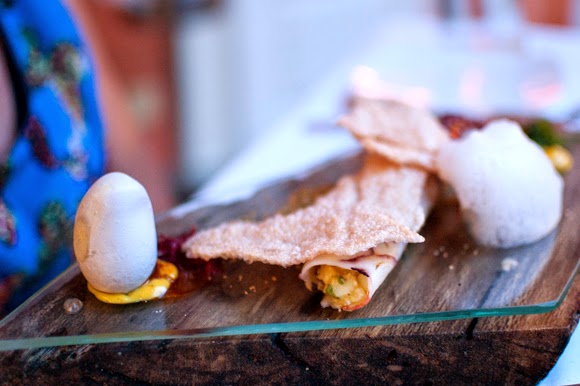 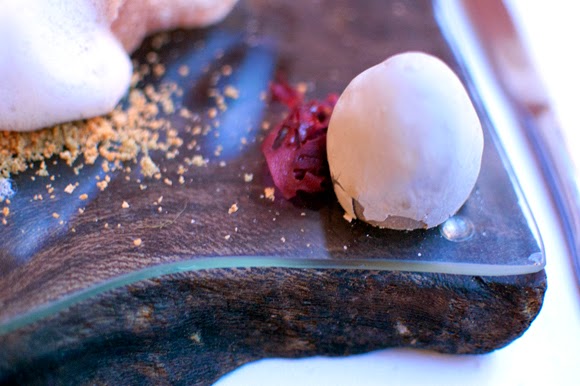 Slow-cooked barbecued lamb, vegetables on the ember, olive oil stones of Corfiot spices. This was probably the finest lamb I've ever eaten, amongst some very strong competition from Simon Rogan restaurants in particular. One mouthful transported me back to childhood at my Grandmother's house, the perfect combination of fat and rich intense flavour. 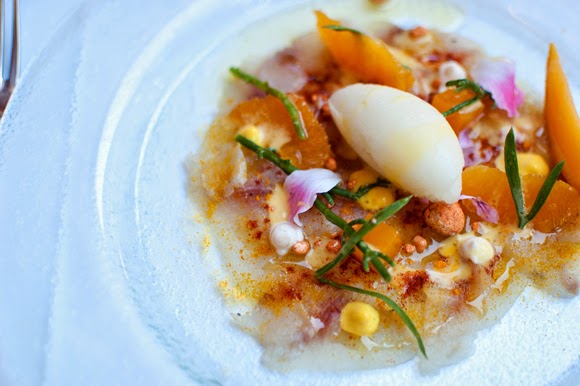 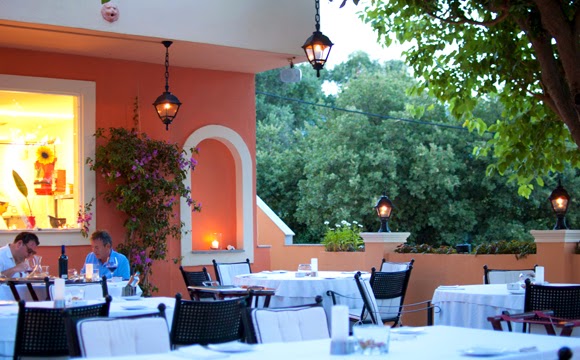 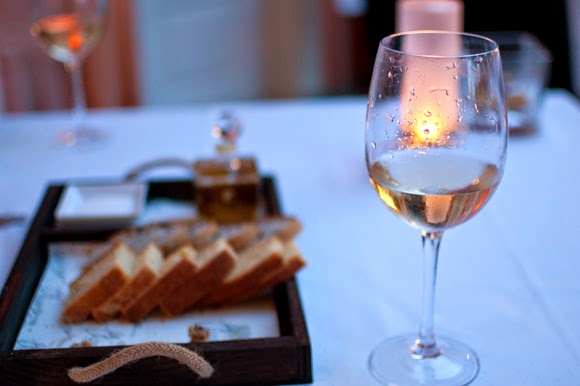 Desserts. There were quite a few. "Reference to a pina colada" is the only one listed on our menu. There were many other extra courses too, the latter part of which were too hard to photograph as the sun set and the camera struggled in the dark romantic light. We did too, there was an awful lot of food, well worth the €80 for the longer taster menu. (It's €50 for the shorter, there is also a la carte). I can't even recall any poor courses, everything simply worked extremely well, there was no posturing or elaborate presentation for the sake of looking pretty. One mains (the stunning lamb) and one pudding especially impressed, a sweet Tzatziki was one of our favourite desserts of the year. It was so light and refreshing; a perfect end. 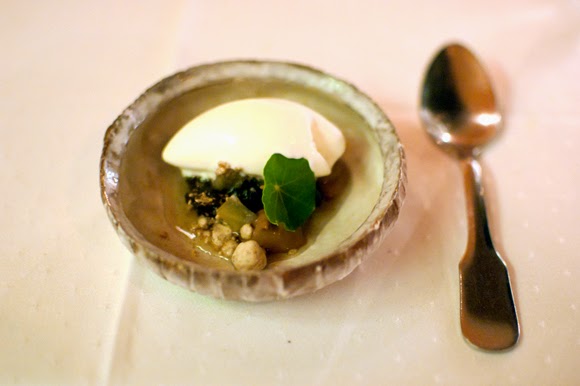 Chef Ettore Botrini deservedly won the 'Best Greek Cuisine award 2014', and for us, this restaurant is worthy of a Michelin Star. He balances the traditional with the modern perfectly in the way that the Basque chefs excel at. I think it's fair to point out that the food here isn't anywhere near as innovative as say Azurmendi or El Celler de can Roca, but most importantly, it works. (I'd say this was one Michelin star level food in our experience).
Service was good although slightly slow and unsure at times, cutlery was placed on our table a few times only for another member of staff to remove them and place new slightly different ones down. However, trifling things like that don't bother us (we're not TA 'reviewers').
It was a magical night at Etrusco in a beautiful setting. If you're anywhere near Corfu this Summer and appreciate gourmet food, make a trip here, we're so glad we did. 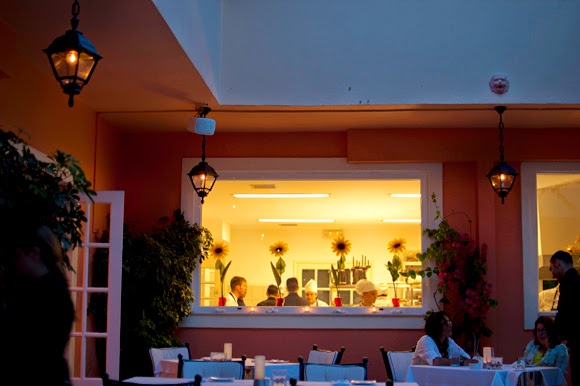 To see the photos in high resolution, click here.

Follow @Bacononthebeech
Posted by Bacon on the Beech at 20:36