I'm intrigued by the idea of high end versions of 'ethnic' food especially posh Chinese and Indian restaurants. Probably because we don't really have any in Manchester right now. So when I saw Ziya Asian Grill had just opened in Rusholme, it made its way straight to number one on my to-eat list. It's obvious that they are looking at being more upmarket just by the prices on menu, and the décor looked pretty damn smart too. 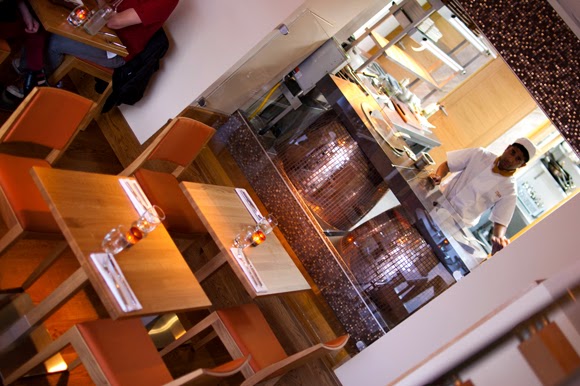 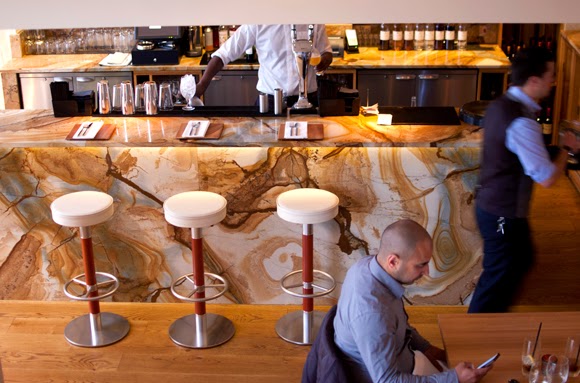 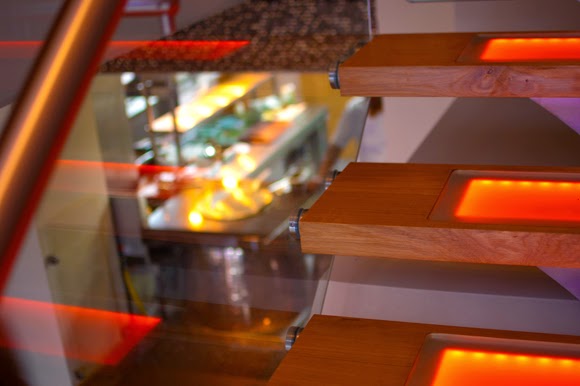 We went on Sunday evening. There certainly seems a fair few people with money in Rusholme judging it by the expensive looking massive cars in the nearby car park anyway.
Ziya Asian Grill is modern and clean inside, think more Living Ventures than the usual Indian restaurant 'bling'. It feels much more like a contemporary space than most around these parts, certainly in Rusholme. It is interesting that they chose Rusholme rather than say Spinningfields. Mughli apart, there's has been very little to impress here, a lot of places seem to be stuck in the past. In this case though, it soon becomes clear that we're dealing with a very professional team that have thought hard about every aspect of this restaurant including their place in the market. 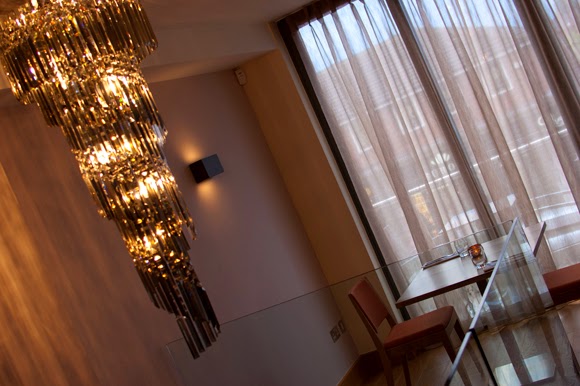 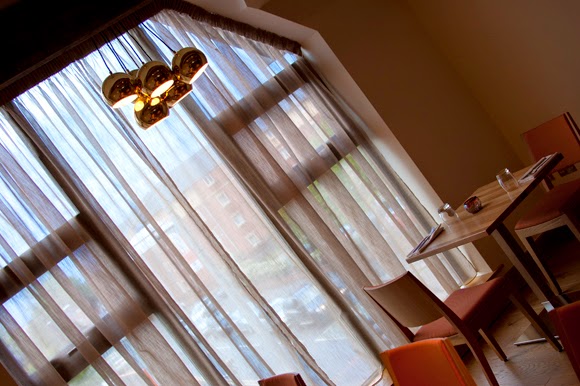 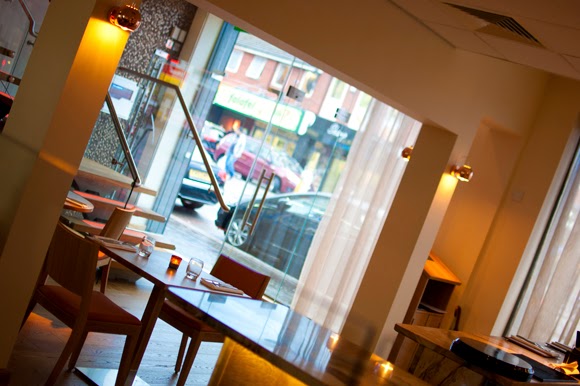 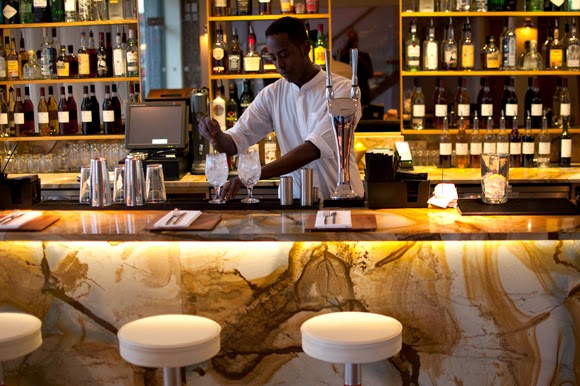 True to form, we started off with a few pints of lager. It's always cold bland Cobra (or Kingfisher) isn't it? Why? At more than £4 a pop for a pint of cooking lager, it's a little hard to swallow. I managed it though. 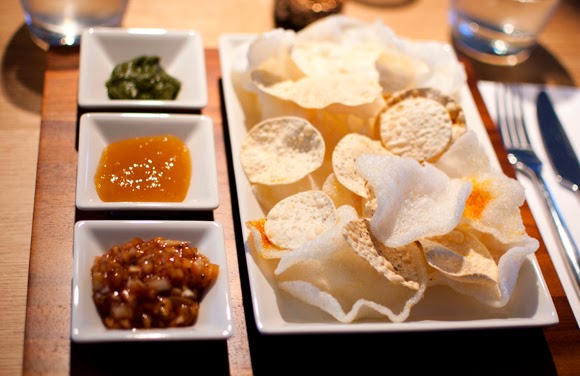 The Poppadum Basket (an assortment of crisps served with an array of house chutneys £3.45) was nicely presented, a taste of how they're trying to do things a little differently. I missed my favourite yoghurt sauce though.
After much discussion (the menu is really interesting and very different from the norm) we had; Peshwari Lamb chops, marinated for thirty six hours in a blend of figs and spices enriched with sour cream). These were £15.95 as a mains, but I managed to negotiate a half portion for around half the price I think. They were stunning, as good as any I've had. It's obvious that they've been working on getting these right. It shows, they were not overdone either, beautifully cooked tender soft meat, they really were superb. 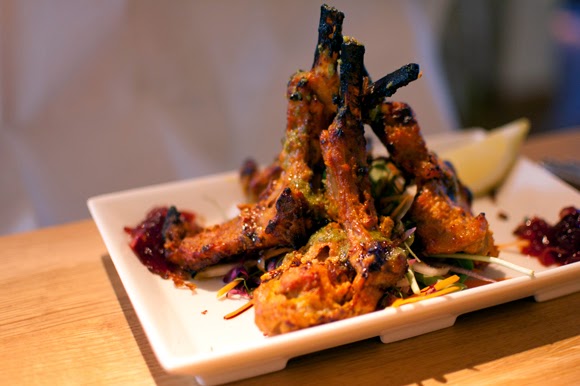 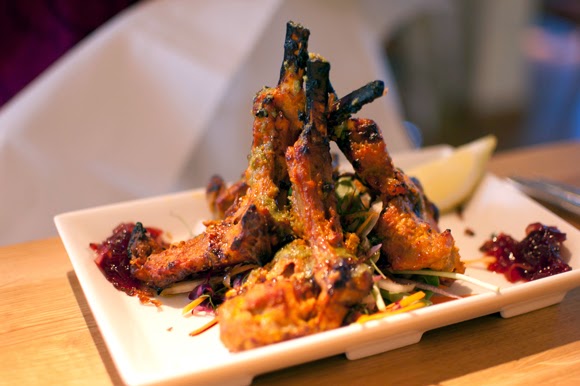 Slightly less impressive were the prawns. Although beautifully presented, the Hyderabadi Prawns (butterflied sweet water prawns, married with a melange of southern spices, finished in the tandoor) were a slight disappointment. 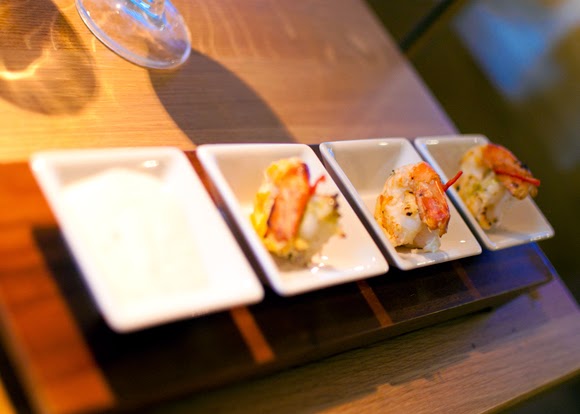 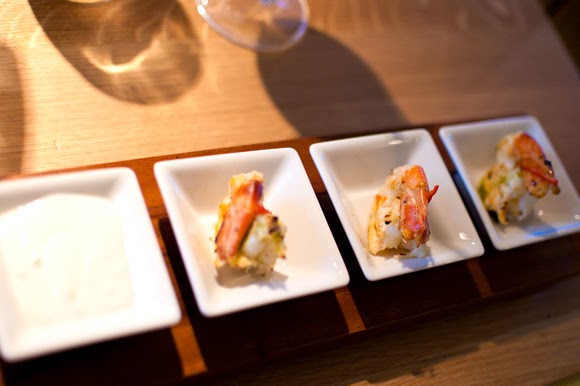 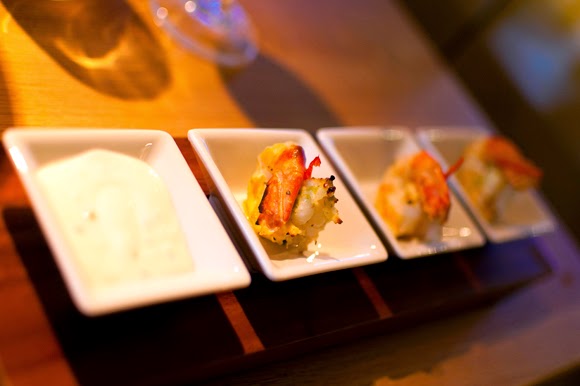 At  £7.95 for three little ones, I'd expect them to be up there with the best prawns I've eaten. They weren't. They were pretty good alright but when you're paying top dollar, expectations are duly raised accordingly. They need to be creamy and fresh and tender, these were slightly over done I thought. The manager kindly knocked them off the bill. (I am being super picky here and they've only just opened, I'm sure they will perfect things as time goes on).
I also tried a taste of a Dinabite (fresh jalapeno chillies filled with cumin cheese, coated with gram flour batter and deep fried £4.95). This was really spicy even for my mate who likes his curries mega-hot. 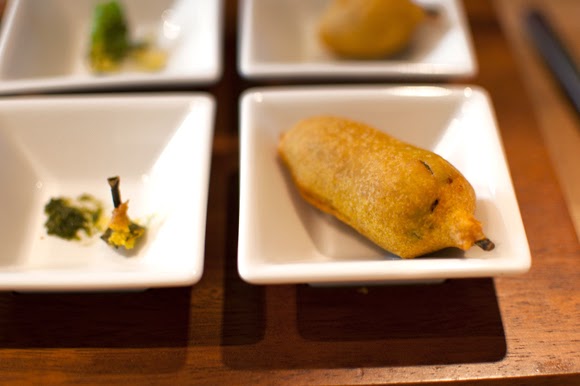 I'd never in a million years order a korma, it's a curry for people who don't like curries. But I was persuaded by Antoine Mano, the manager after I enquired about signature dishes. I'm so glad I did. Lamb Khorma (chef khan’s family recipe, medium spiced, slow cooked lamb shoulder in original khorma style £14.95) really was terrific. The lamb, tender and on the bone; gorgeous. Much more like a nihari really and not at all sickly sweet. 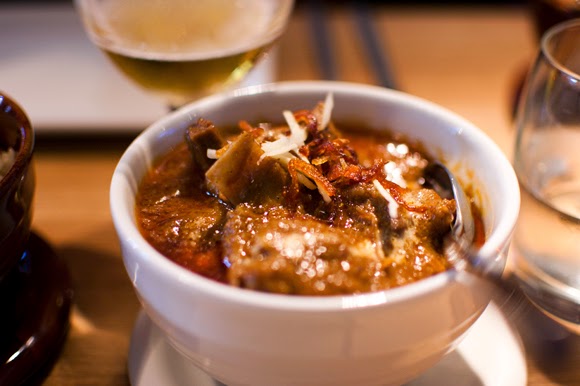 I also very much liked the Coastal Prawn Curry (butterflied king prawns simmered in a hot tomato gravy, 'the essence of Indian coastal cuisine', £15.95). It was incredibly hot and spicy, at the top end of my heat limitations. Like all the food, it had a freshness, a 'clean' hot flavour. Everything is cooked individually from scratch, a rarity in Indian restaurants I'm told. 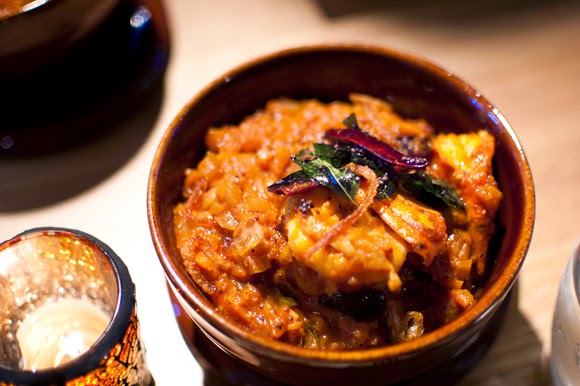 The Garlic and Coriander Nan (made to order with fresh coriander, garlic and green chilli £3.45) was pretty good too. 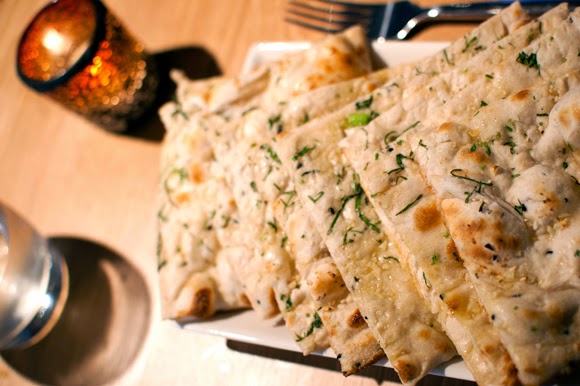 The bill came to £70 for each couple with drinks.
Overall, we really liked Ziya Asian Grill, the service from manager Antoine Mano was top notch, (you can tell he's been in the industry for a while, working for the Living Ventures group). It's also a very enjoyable contemporary space to be in. It does feel much more of a special occasion rather than going for the usual post pub curries. 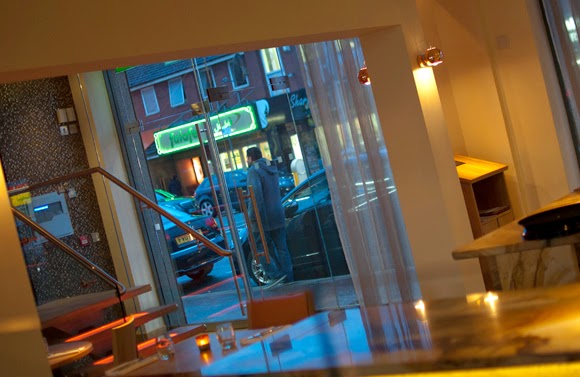 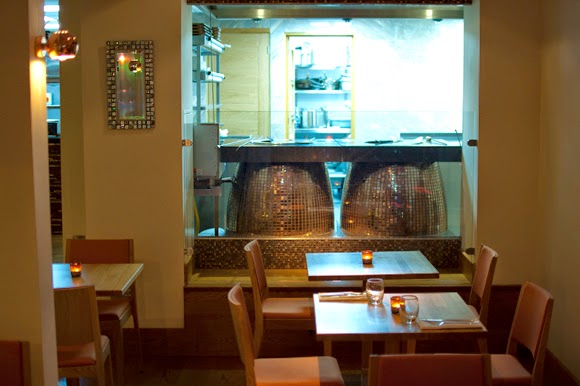 The food we had we thought was definitely on a par with our favourite Mughli. But there's the rub. They're clearly pricing themselves on the next level up. It was a bit of debate if we would go back to be honest. We decided on balance that yes we would, the menu is just too interesting and the food is too good not to want to return to try more. But the proviso is, is that it is expensive and it only just about justified the extra cost for me on this visit. Would I recommend it? Yes, if you're happy paying that bit more for top quality service, atmosphere and food and they can deliver it each time. 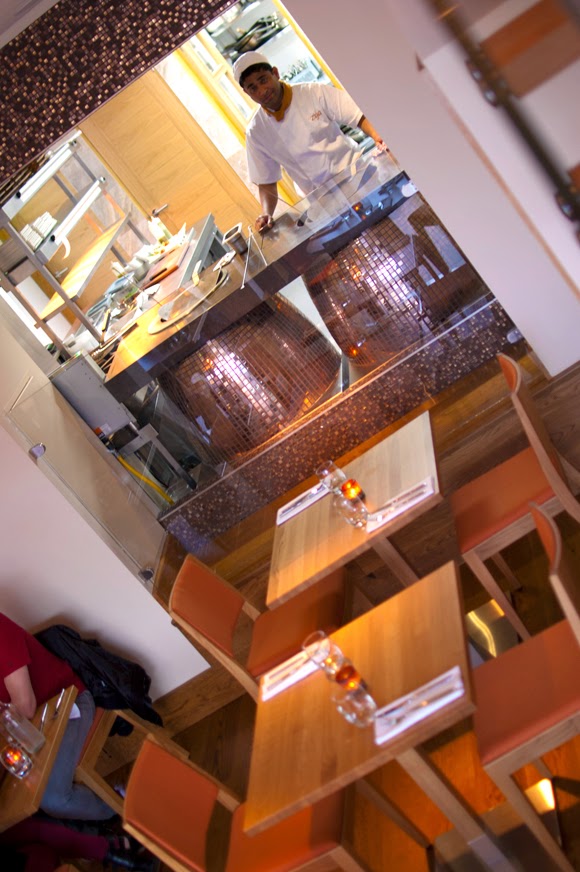 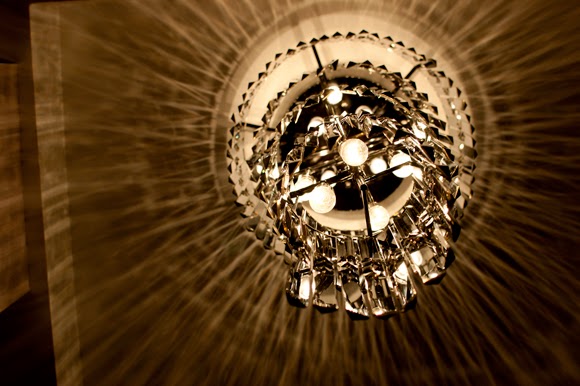 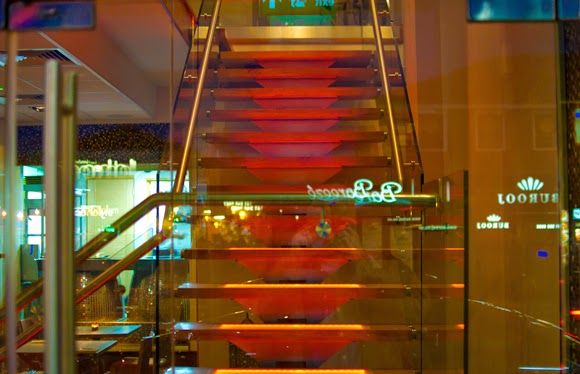 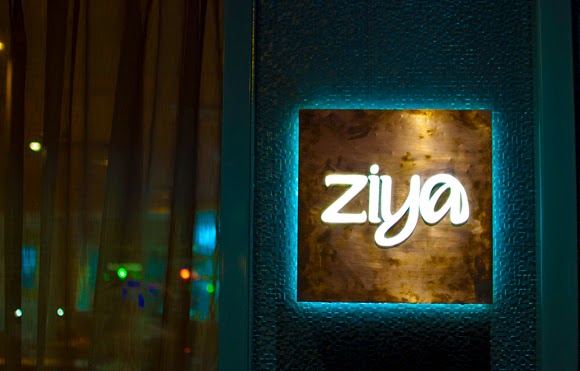 100% paid in full apart from the prawns that were knocked off the bill.

Follow @Bacononthebeech
Posted by Bacon on the Beech at 18:03