I was day dreaming the other day. I imagined that The Basque country is where North Wales is now, how brilliant that would be. Well for me anyway, as I'm food obsessed. If you're not aware, The Basque country in Northern Spain has arguably the best food in the world and they eat huge quantities of seafood. I'm talking eating at every level here, not just posh, expensive restaurants. (Although San Sebastian claims to have more Michelin stars than anywhere else per square metre). You can get amazing pintxos (tapas) anywhere for just a few Euros. Everyone appreciates that to eat well is one of the joys of life there no matter what class they are. I was wondering how long it would take for North Wales to reach this kind of general level and attitude. I'm going to be diplomatic about that one but it would be many, many years if ever at all. 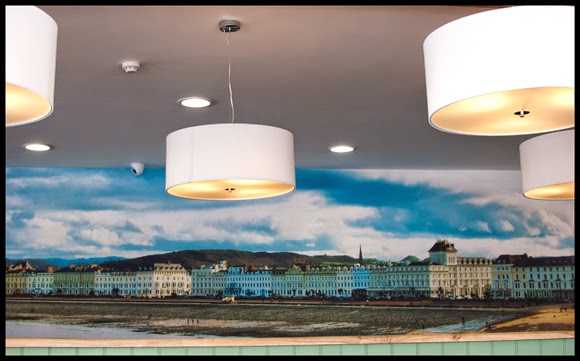 North Wales is somewhere I've been going on holiday since I was a kid. So what's the general level of food like on the coast? Not too good to be honest, in my experience anyway. Certainly in comparison with Spanish seaside towns, perhaps an unfair comparison. But why should that be? They're no more affluent.
There are always exceptions of course, I'm just talking here about the average standards of cuisine in pubs and the like, if I was to enter somewhere at random. (We have had some good meals though in recent years at the Hotel Portmeirion and The Royal Sportsman, Porthmadog). I'm sure there are many others you could mention.
However, most people when I asked on twitter indicated that there wasn't much in the way of really good eating in Llandudno, where we were going for the day to walk on the beach and pier.
A fellow blogger North West Nosh suggested I try Tribells Fish and Chip Restaurant, she reckoned there may be free chips involved, so obviously we were in. You can tell straight away that they're aiming for something a little different. The recent refurb works a treat, it's not too posh either, so it won't alienate their traditional clientèle. 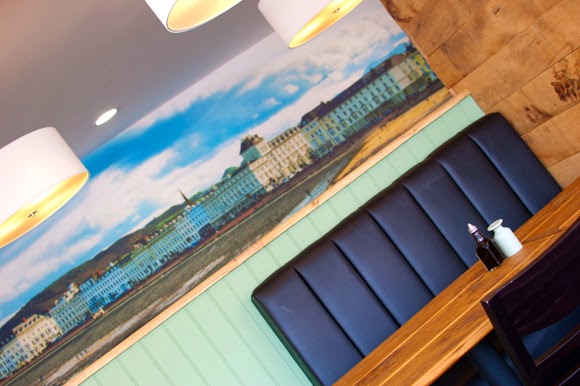 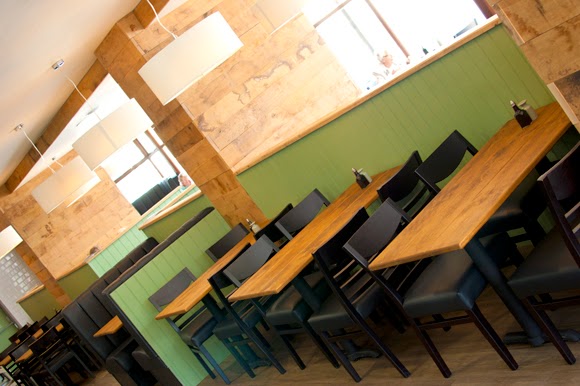 We were greeted warmly by the owner Paul and set to order with his help. (As it was on the house, what follows is not actually a review of the food as such).
We had Whitebait and Calamares to start. 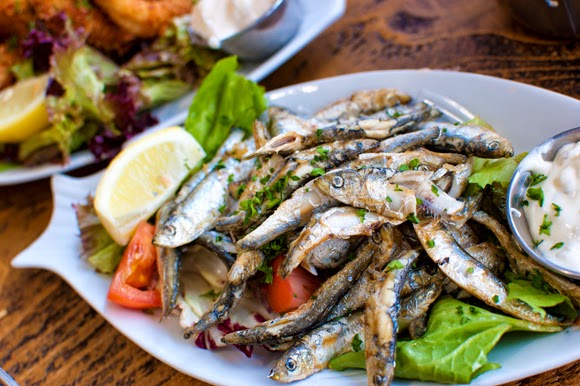 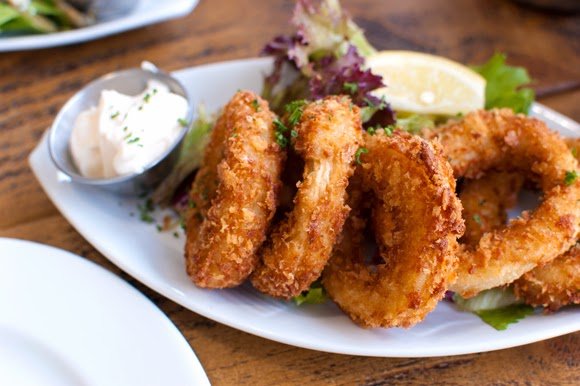 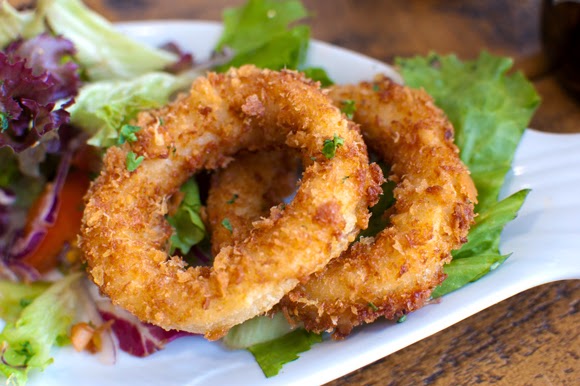 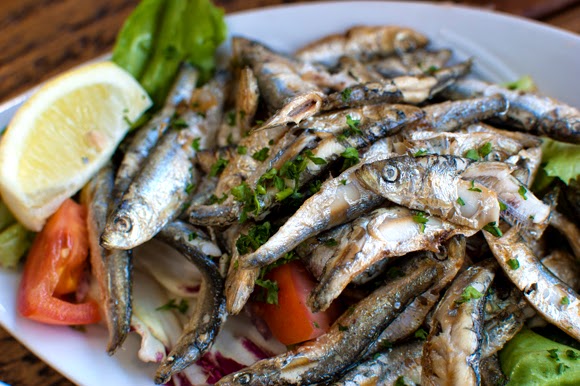 Plus the full large Fish and Chips in my case, a baby portion in the case of Mrs Bacon. They have a choice of different fish including lemon sole. 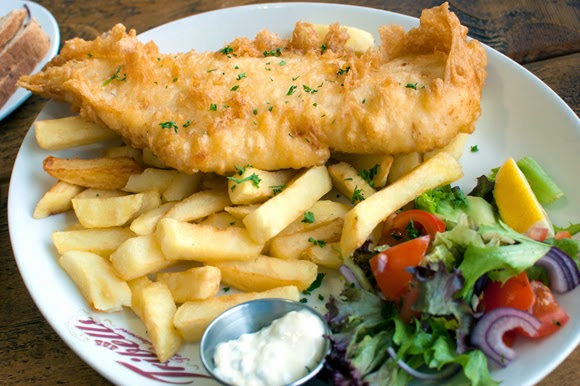 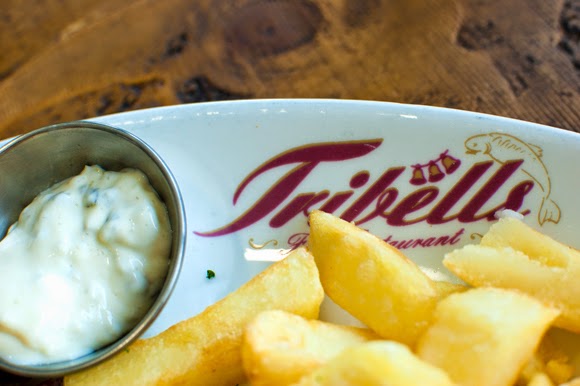 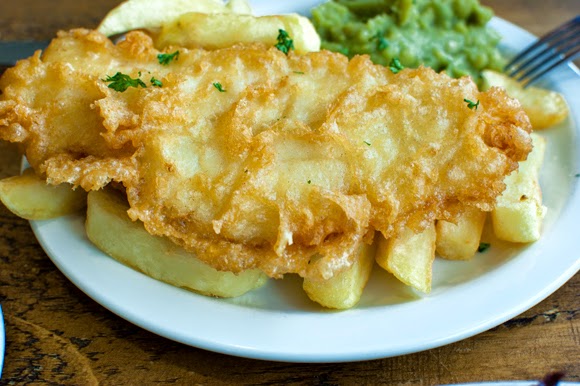 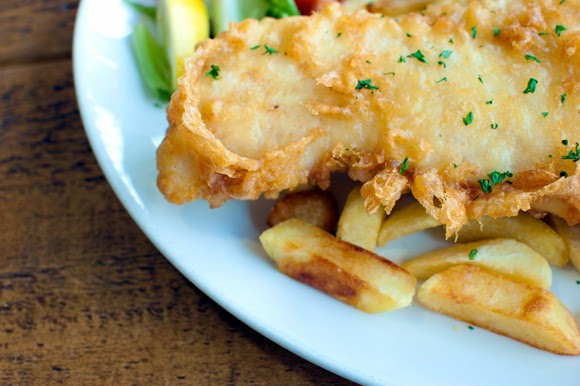 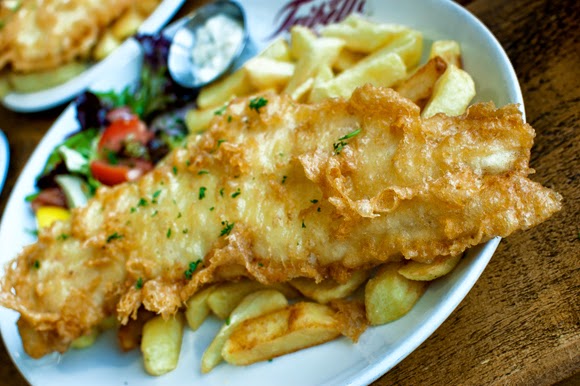 It was interesting chatting with Paul, he's trying to set the level just that bit higher than the usual tourist fodder. Of course he has to work within the framework of what people in the area want (and tourists, many of which I'd imagine may be elderly). What astonished me was that Paul goes to Manchester to get proper fresh fish. It comes off the boat in Anglesey, but he tells me that the suppliers he uses won't make deliveries to him as a small trader. I'd imagined as they are by the sea, it would be bought locally. British people simply don't eat much seafood outside of fish and chips. Strange for an island race. 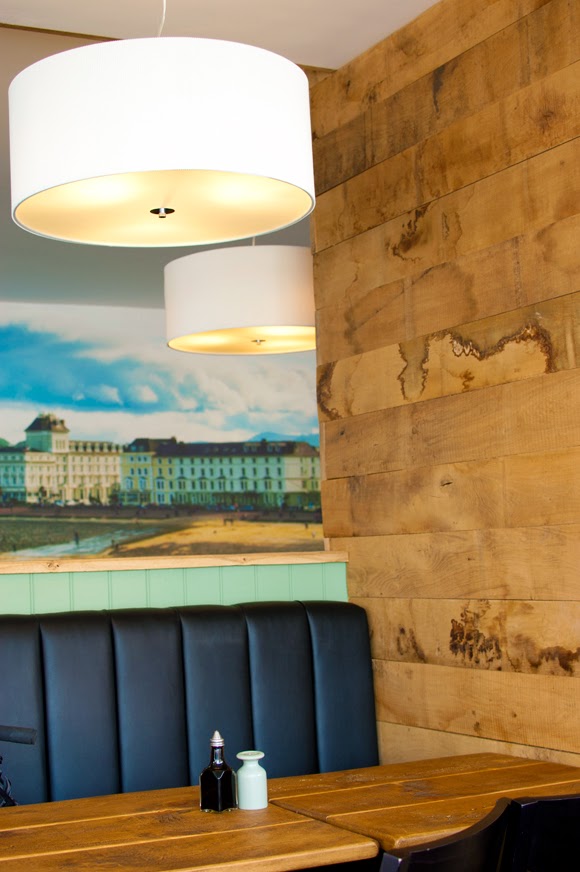 You have to start somewhere though, and as I said, working with the fact that most people want Fish and Chips by the seaside, we applaud this step in the right direction, attention to detail and trying to get things as good as they can be at a basic level (like buying fresh, good produce).
We were so full in the end, that after a walk on the pier we parked the car up overlooking the sea and fell asleep. You can't get much more typically British than this and there's certainly nothing wrong with that.

Follow @Bacononthebeech
Posted by Bacon on the Beech at 17:40