I said the other day that there were no decent tapas bars in Manchester. There is now. Well in Greater Manchester anyway (although some claim it is still actually Lancashire, I'm staying out of this argument, it's all 'the north' anyway).
We were so keen to try this place that at midday when the shutters went up on their first official service, we were stood there patiently waiting to get in. 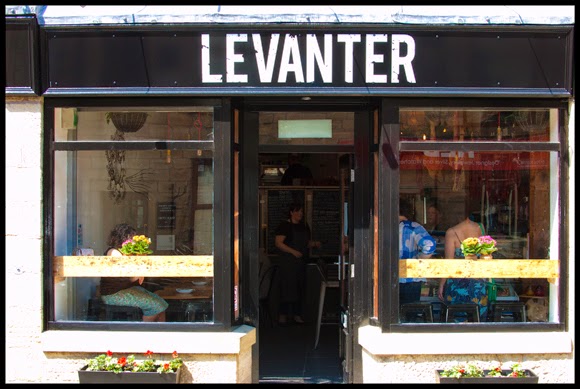 I'd already had a quick spy of the menu, it's small and well thought out and has very few of the usual clichés I was talking about here. I got Mrs Bacon to order whilst I moved the car. It was a beautiful hot sunny day and I wanted Sammie our dog to be in the shade whilst waiting for us, (unfortunately and understandably they can't let dogs in.) So I moved it opposite with the windows and boot wide open. Nobody batted an eyelid. It's that sort of place Ramsbottom. We've been to there just three times now and it's been sunny every single time, I really like the place, it's proper old school and only 45 minutes drive from South Manchester as it's nearly all motorway. 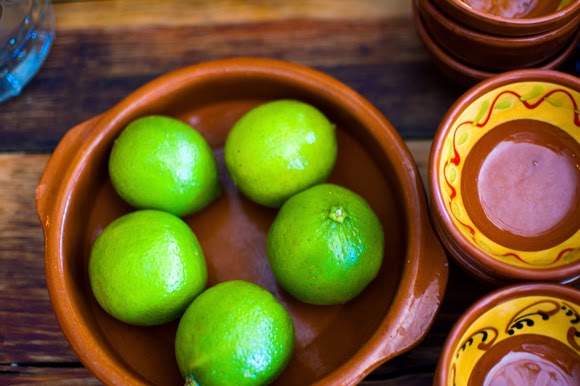 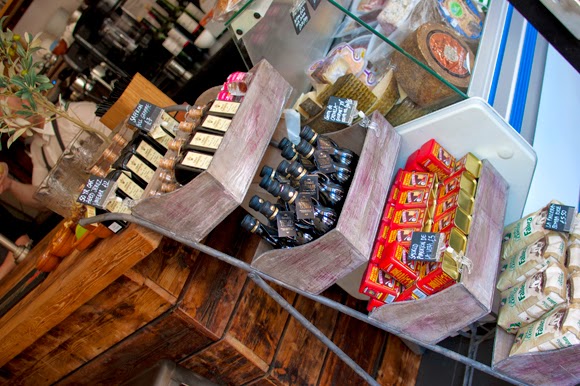 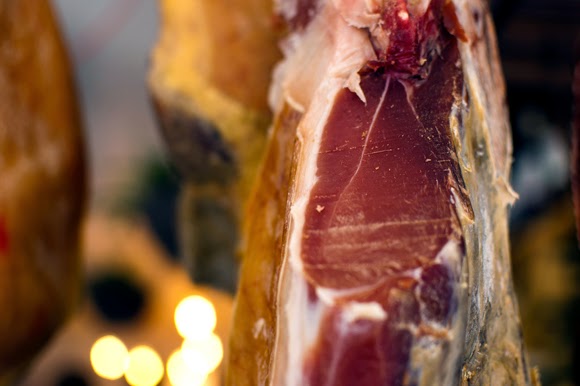 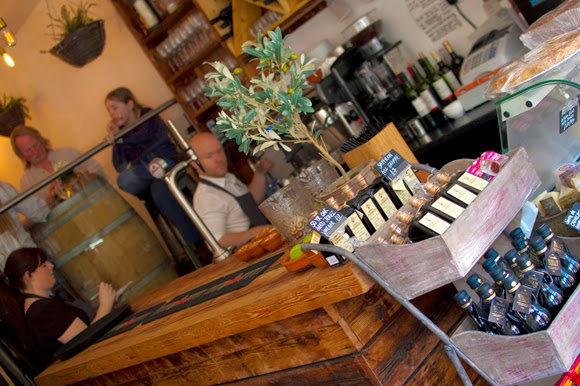 We started off with Morcilla Picante & Goosnargh Egg. (£4.50). I've said many times on this blog that I prefer Spanish black pudding to the British. It has a much better wetter texture and flavour. This dish was gorgeous, comforting and has a pleasing spicy kick; loved it. 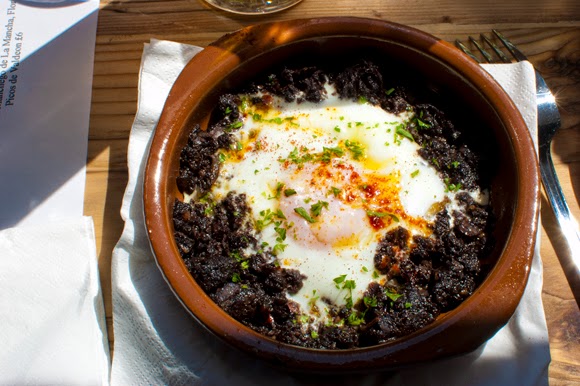 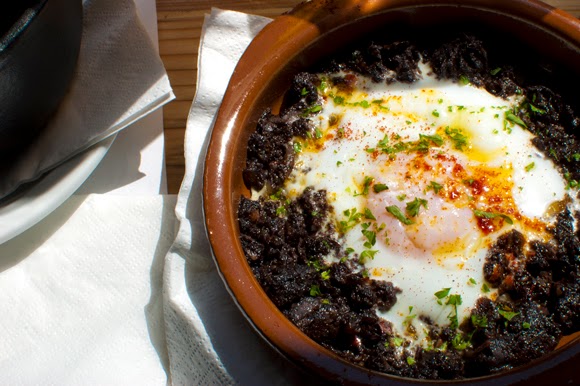 We were sat on stools in the sunny window and already this little place was starting to fill up. Next came the Croquettas with Jamon Serrano and Gran Reserva Manchego (£4.50). I count myself as a bit of a croquetta expert, I nearly always order them in Spain. The first one wasn't quite gooey enough inside but the second one was spot on. Possibly one of the best I've had in the UK. 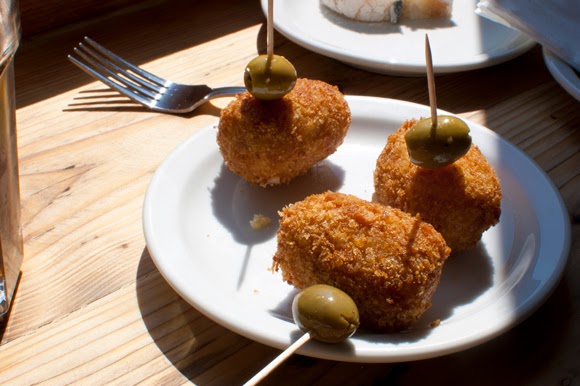 The Malaga Fried fish - red snapper, calamares and king prawns (£5) reminded me of Spanish Friterias, served in a brown paper bag too. 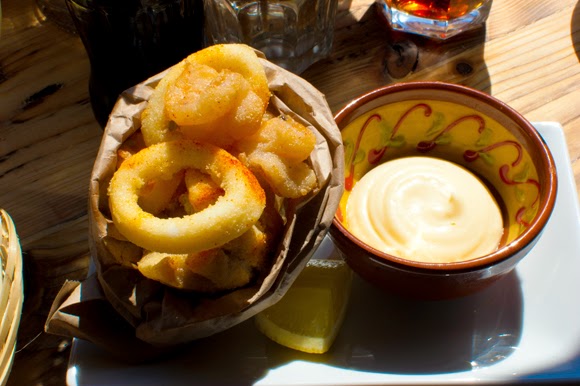 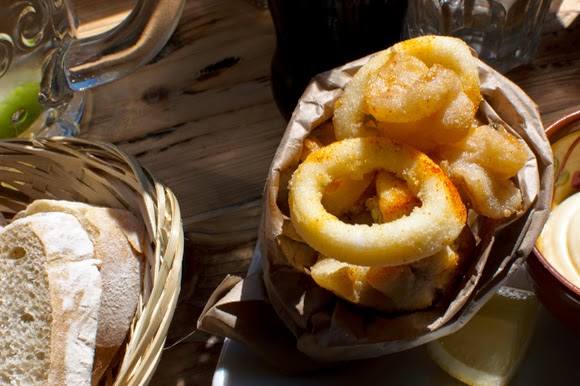 Friterias are essentially similar to British fish and chip shops but way better and without chips, they usually serve a huge variety of fried fish. (See my review of one in Conil de la Frontera here). Fiona, one of the owners told me that they were inspired by such places and it gives them a chance to put on calamares, a big seller, but by adding a twist, it just makes it a little bit more interesting and different. They're keeping things simple but you can tell these guys know their food and the products they're using are top quality. The Mussels, chilli fuego chorizo and manzanilla (£4.50) were fine too. 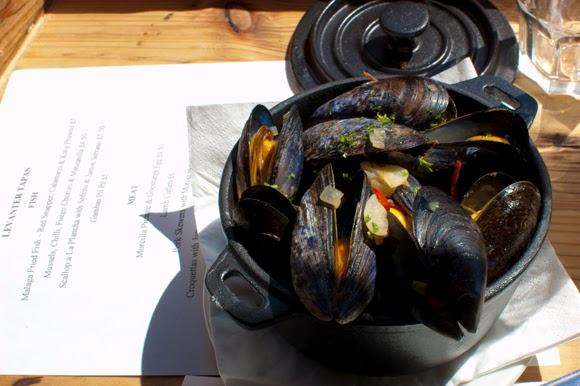 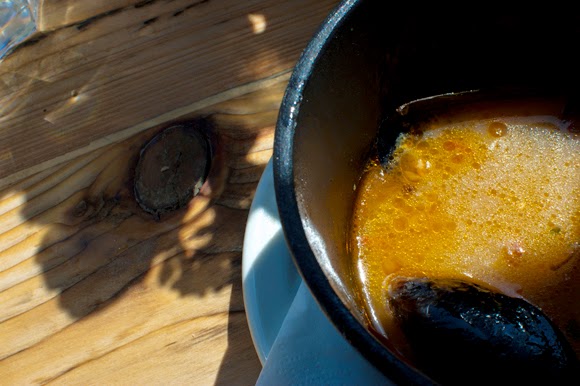 We were enjoying the food so much that we ordered a couple more dishes and it's keenly priced so it won't break the bank. I really enjoyed the Chorizo in Red Wine (£5.50). The best bit, of course is dipping your bread in the meaty juices. 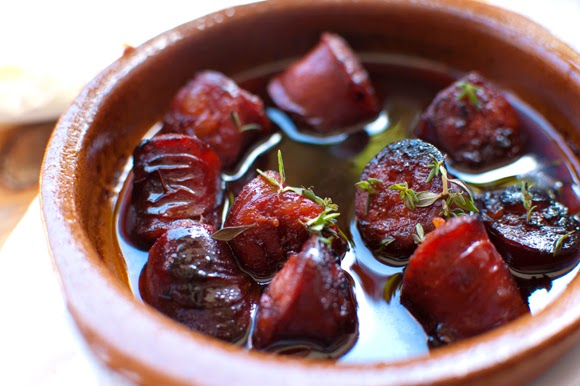 Possibly the most impressive dish of the day (along with the morcilla for me) was the Scallop a la plancha with Sofrito and Jamon Serrano (£5.50). A big plump scallop presented on a shell, a great idea, well executed. 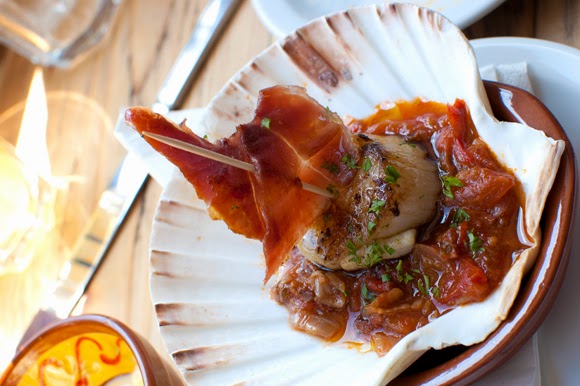 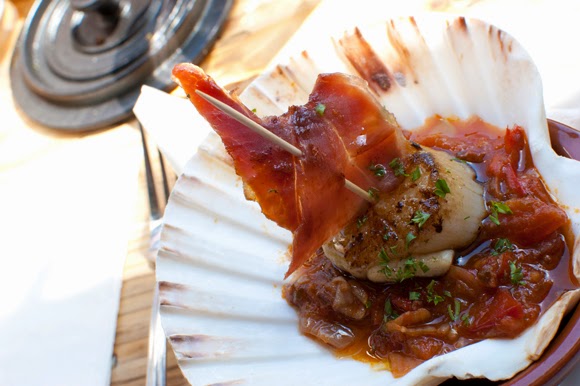 We were very happy indeed. We finished off with a selection of Spanish cheese. 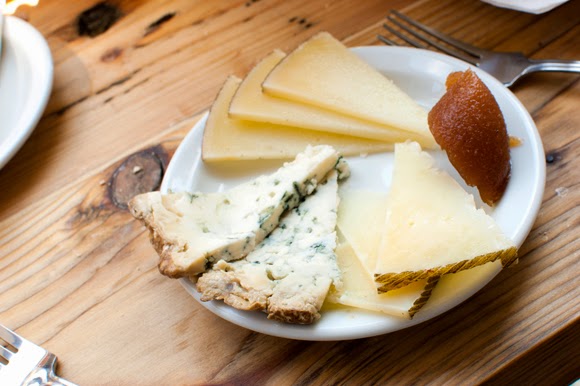 We were impressed by what they're doing at Levanter Fine Foods, they're keeping it simple with a small menu (always a good thing) but doing things their own way with a twist. What a refreshing change not to see the usual boring seven dishes trotted out (Patatas bravas, whitebait, meatballs etc). They do have to remember their core local clientèle though and what they're actually familiar with. I think they've got the balance just right. Chatting to them at then end, it turns out Mrs Bacon had sold a desk to Fiona one of the owners, 20 years ago and two of the guys had made one of our favourite tunes of a few years back; ‪RSL; Wesley Music‬. I always loved the line in it; 'People walk by, the sun repairs my soul...a brighter day, a better day.'
If it was me, I'd have that playing on a loop in the restaurant, seems apt some how. We sang it on the way home after a very happy lunch in sunny Ramsbottom. 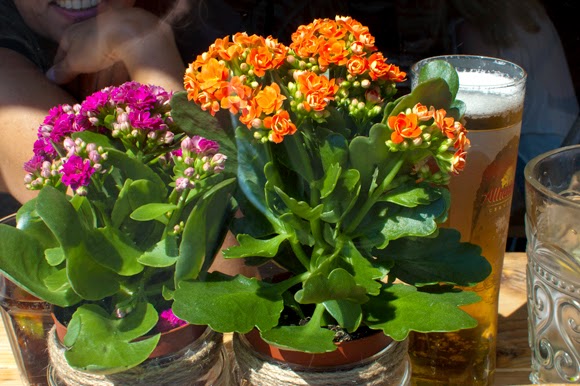 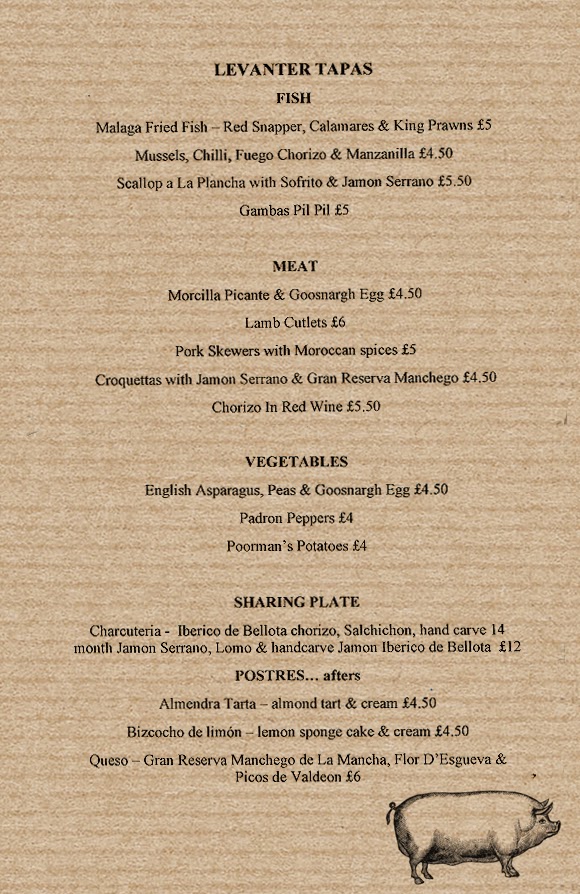