I had a moan on twitter the other day. Why isn't there a really good tapas bar in Manchester? Many agreed, others pointed out some average places I'd been to (San Juan in Chorlton, El Rincon) and others I'd not. The thing is, just by looking at the menu of these places, I can tell that they ain't all that. First of all, why do they always have the same seven clichéd dishes on the menu? Patatas bravas, whitebait, meatballs, rubbery calamares, tiny rationed prawns etc. It's all a bit zzzzz. I've seen it all before, and eaten it many times in Spain; but way better. 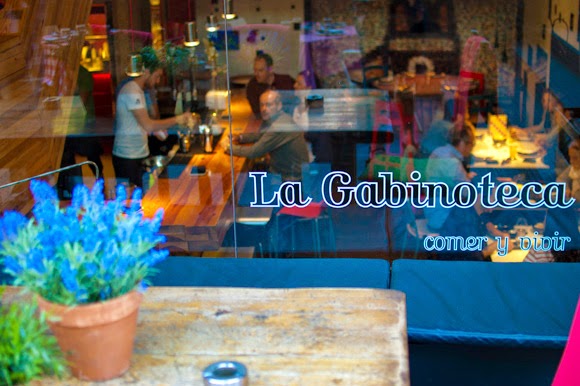 Tapas bars in mainland Spain (especially) are miles more varied than that. They have hundreds of different dishes, many local specialities. If just once I saw chipirones, chanquetes, puntillas etc in Manchester I'd know then that these were people who could at least try and offer something different. But perhaps that's judging it by Spanish standards and maybe these things wouldn't sell in Britain, especially here in the north where people seem ambivalent to seafood generally. 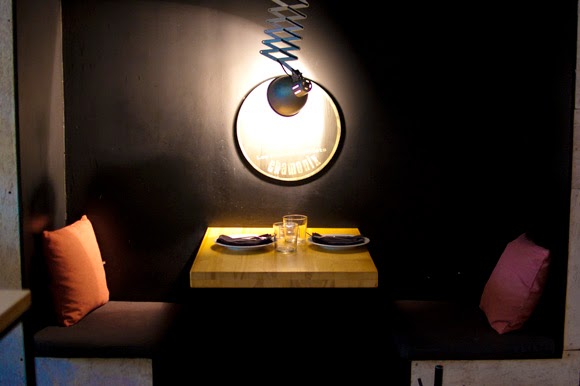 If only we had somewhere like La Gabinoteca in our city. It's not some snotty eaterie for food snobs, it's a good modern bar where all people go to drink and eat good food but with a twist. I first saw it on the brilliant No Reservations TV programme and always fancied it. We had a busy schedule and had already eaten several dishes at Street-Xo, but we managed to fit in a few dishes.
Firstly, one of their own creative specialities, a Potito; the warm comforting mix of egg, potato and truffle oil in a jar. 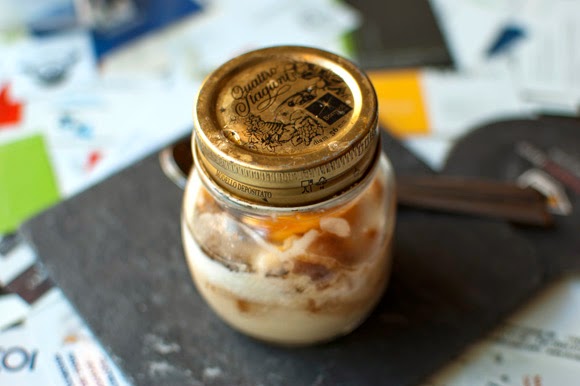 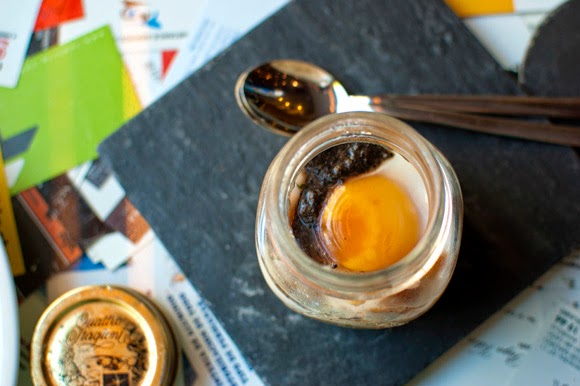 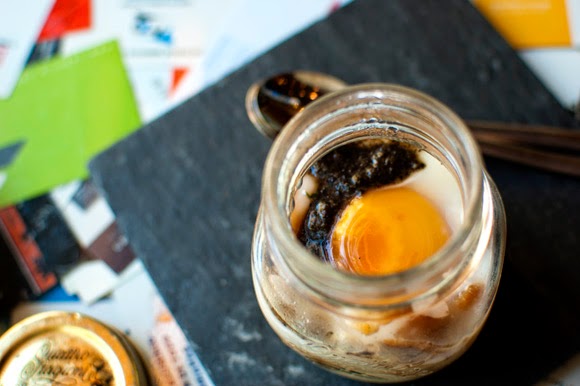 We also had a devilishly simple Steak Tartare Burger. This beats all of the big giant daft burgers in Manchester. The quality of the product and the idea is brilliant, it makes me wonder why I can't recall seeing one elsewhere. The bread too was unlike any I've had before, it was almost like a tortilla in it's cheese baked moistness. 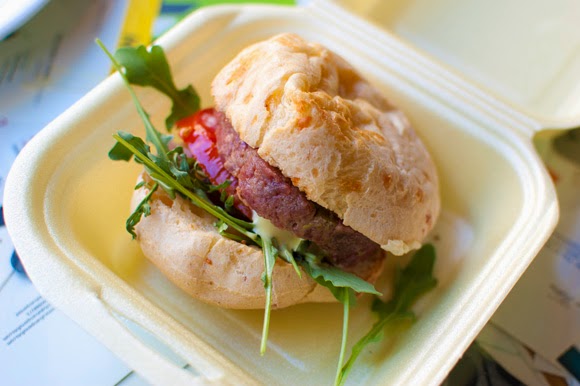 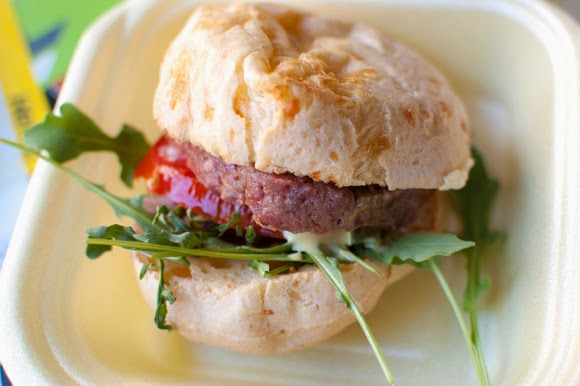 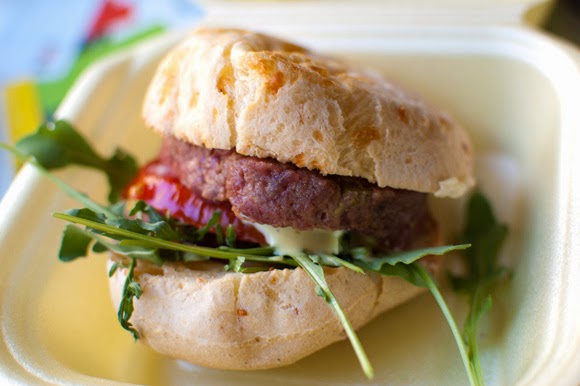 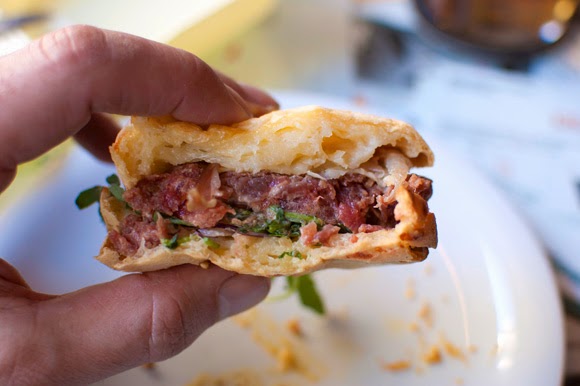 Lastly Mrs B demanded we have our holiday portion of Foie gras, and this was a simple hard version like spreading meaty butter on some super crunchy bread. 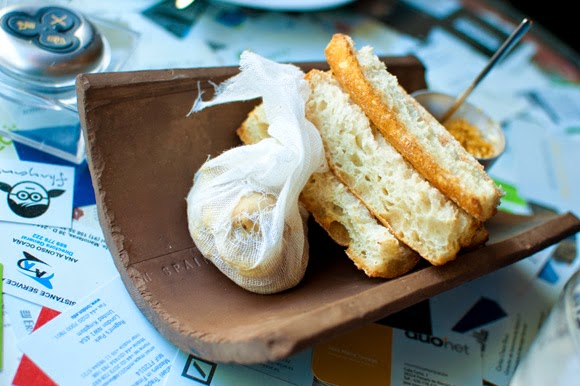 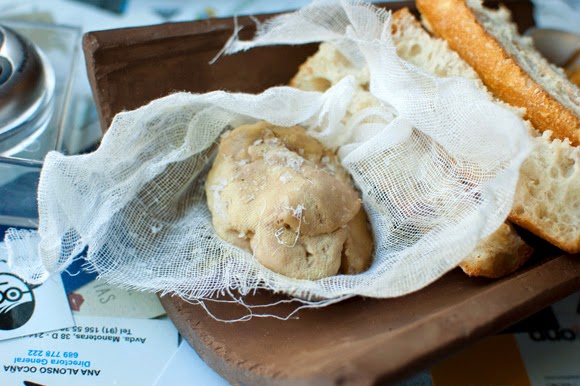 It's just a fact that when it comes to eating, the Spanish people are on a different level. It's like we're simple kids playing with our childish baby foods; burgers and hot dogs, and they're grown-ups saving the proper good stuff (seafood, snails etc) for themselves. (I like a burger as you may know, not just all the time).
La Gabinoteca is a fine example of a modern Spanish tapas bar, it's creative and innovative but not pretentious or snobby. It's just a pity that Manchester has failed to catch up to this gold standard as we seem to be stuck with dated, clichéd Gypsy kings and patatas bravas. 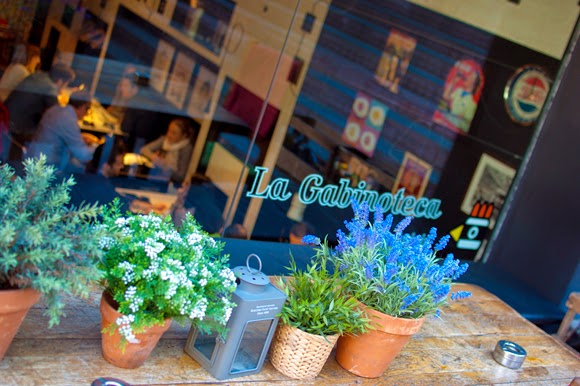 Follow @Bacononthebeech
Posted by Bacon on the Beech at 18:29