Five Guys are an American burger chain, obviously hoping to cash in on our burger craze over the last few years. The problem is, they've clearly missed the bandwagon, in London and Manchester anyway. That ship has long since sailed. Despite this, I was curious to go and try the new one in The Trafford Centre for myself. I very rarely go there, as I hate the place, but as luck would have it, I spotted the large signs for Five Guys at the food court entrance. 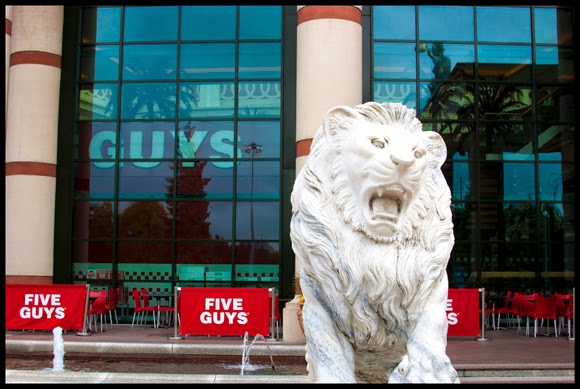 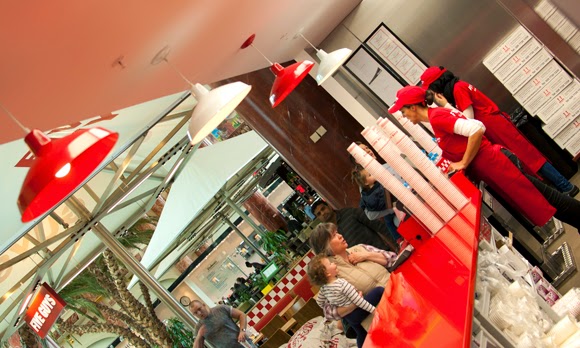 I went for the 'Little' Bacon Cheeseburger with all the (free) toppings (£6.75) and 'little' fries (£2.75) plus a regular drink (£2.50) which you can go back for as many times as you want. The staff were lovely and I had a short wait until my food came out. Was it worth the wait and the £12 I spent?
No, not really. The burger wasn't the very worst I've had, (that would be the woeful Horse and Jockey) but the problem was because it's cooked well-done, the actual meat has very little flavour. In fact it tastes of nothing. What you can taste are the toppings, a sort of homogenised sludge. I didn't actually mind this too much and I think burgers are actually getting too big these days and overdone, bigger is not always better. 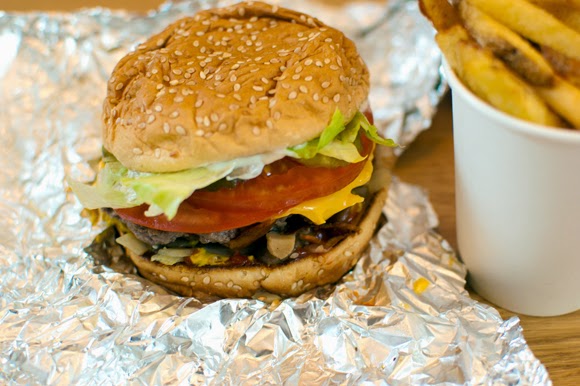 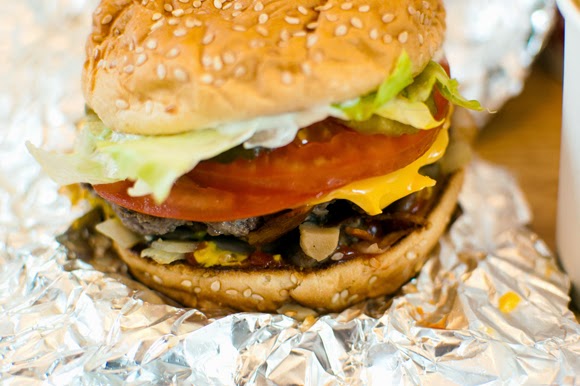 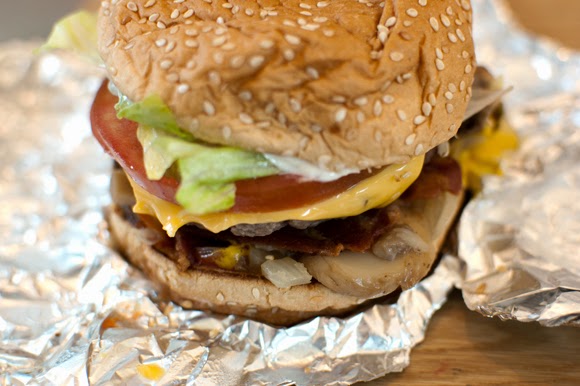 I've not had a McDonald's burger for several years, but I don't remember them being so much different to these. But these burgers are twice the price. I read on-line that the US version of Five Guys sells burgers at around $5 so it seems like we're being ripped off yet again. (I've nothing against Maccy D's by the way, but it's priced fairly for what it is).
These burgers are nowhere near as good as our home grown Manchester ones (which are usually cooked pink,) Almost Famous and Solita etc and the prices are comparable. They're not even as good as GBK and certainly Byron are way superior too. The fries weren't too bad though.
In conclusion, they've mistakenly positioned themselves at the wrong end of an over saturated market and their product simply doesn't match this price point.
Or to put it more succinctly; don't bother.
2/10.

Follow @Bacononthebeech
Posted by Bacon on the Beech at 18:24