I know what you're thinking, yet more bloody hot dogs, I felt the same. We can't move right now for new hot dog/sausage restaurants, they're this year's burgers. However a few things make Parlour Dogs different. Firstly, the locally sourced meat is from nearby butcher's Frosts, and as everyone knows, Frosty makes the fabulous Almost Famous burgers. Secondly, they've been put together by ever reliable Parlour team, thirdly they're situated in the beer garden of my local and still favoured pub The Beech. So I was duty bound to try them out. 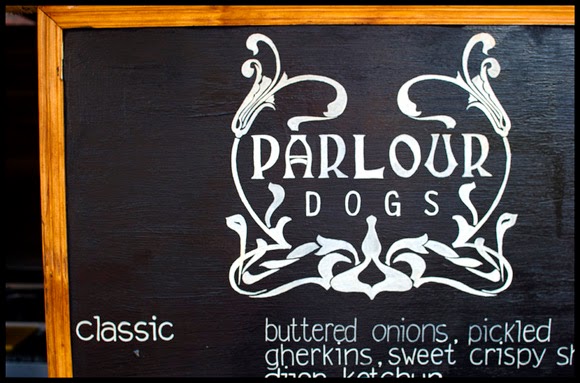 I'd already had a few tweets from people, 'had I tried them yet?' No I hadn't as we'd been away on the bank holiday. It was pissing me off too. So we went on Friday night. I'd been sat in Common waiting for Mrs Bacon to do some shopping so I'd had a few beers whilst I was waiting. I reckon these dogs are perfect after a couple or four. I had a starter of a bag of scampi fries. Classy eh?
We went for two between us. Welsh rarebit classic rarebit sauce, Lancashire crumbly, buttered onions and a Bacon Blue, dry cured smoked streaky, Shropshire blue, buttered onions (both £5). I have to say they were both bloody marvellous, messy, meaty (quality meat, you could tell) and the toppings were spot on. 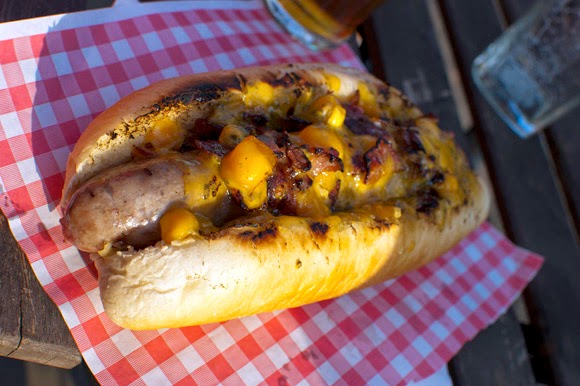 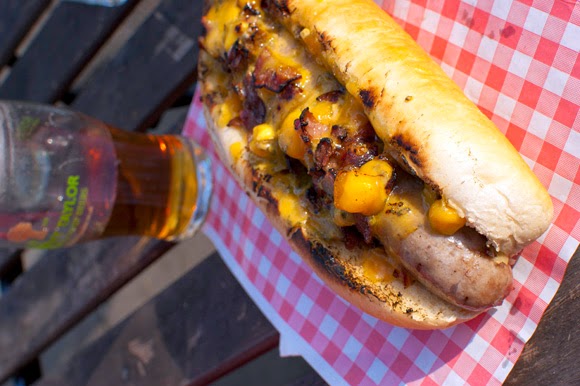 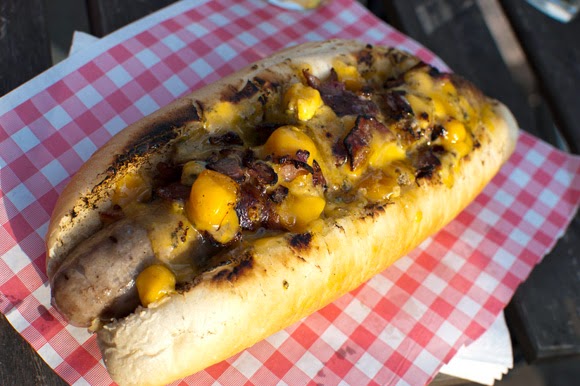 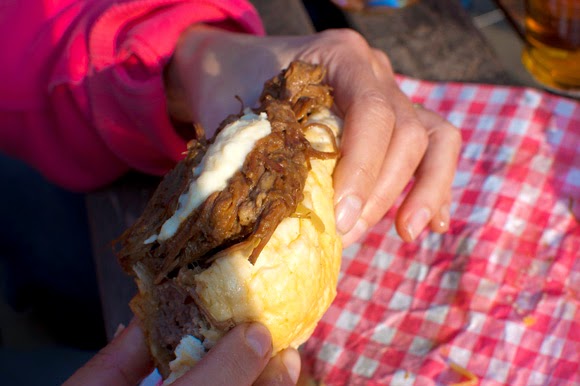 We asked for extra cheese. The bread didn't fall apart either. All the details were correct. It was one of those nights, we joined a table of friends of friends and neighbours we'd not had big chats with in the past. We left having made new drinking buddies and with well full bellies. It's that sort of place, The Beech.
We enjoyed the dogs so much, that we returned on Sunday for their special. Sunday Best; (Sunday's only) six hour brisket, horseradish, parlour bone marrow gravy, buttered onions (£6). If anything, this was even more messy. It was slightly over facing even for me. I was all 'meated' out. It was really good though. 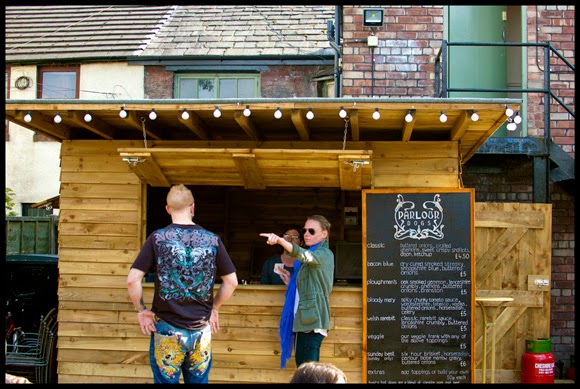 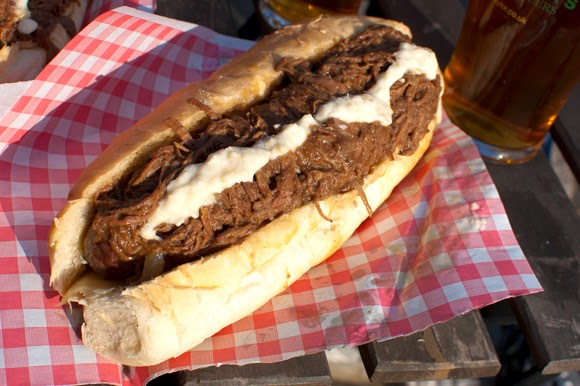 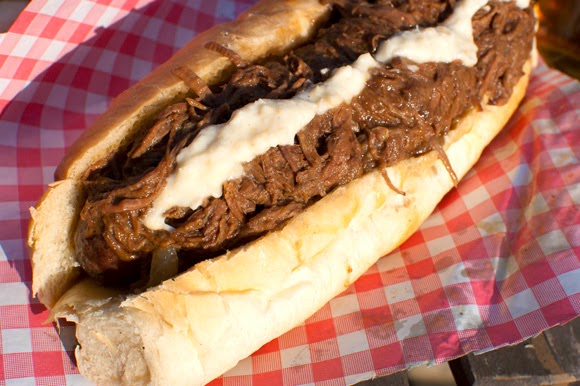 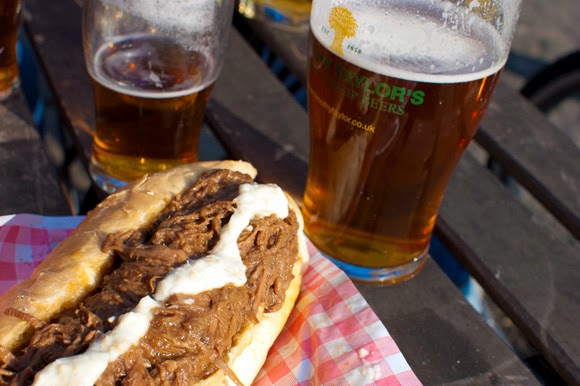 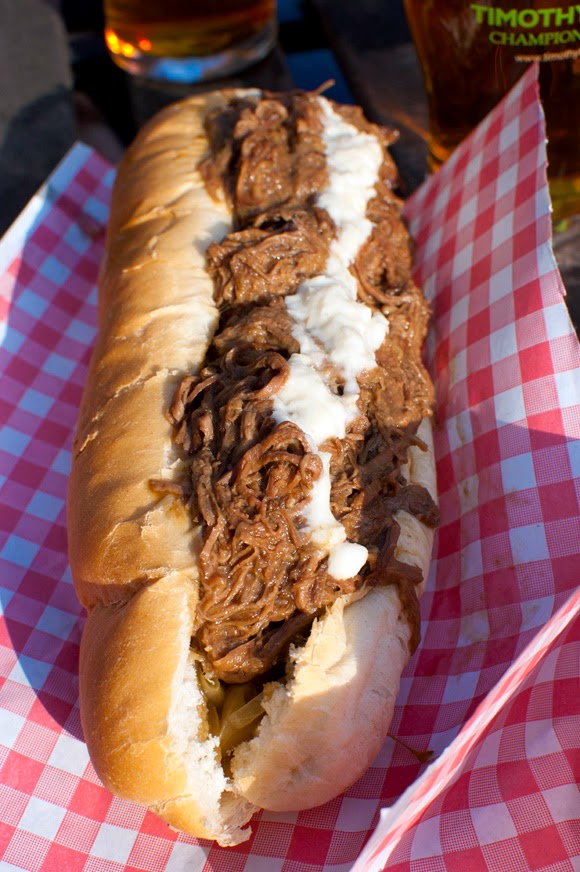 I asked them if I could photograph a blue cheese one quickly as the photos from Friday were a bit dark (I was pissed then too). So they sent a complimentary blue cheese one out and let us eat it. Oh dear, 'professional' pride meant that I had to scoff that one as well. I was all 'dogged' out again, I think I'll leave hot dogs for a while, this is big food even for me. But when I return to eat them in a week or so and after a few beers, I'll get them from Parlour Dogs no doubt, as these are amongst the best we've had. 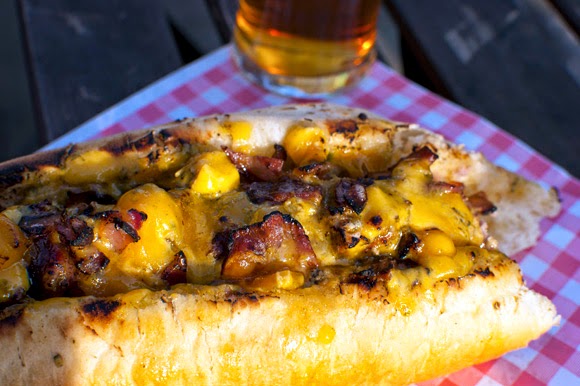 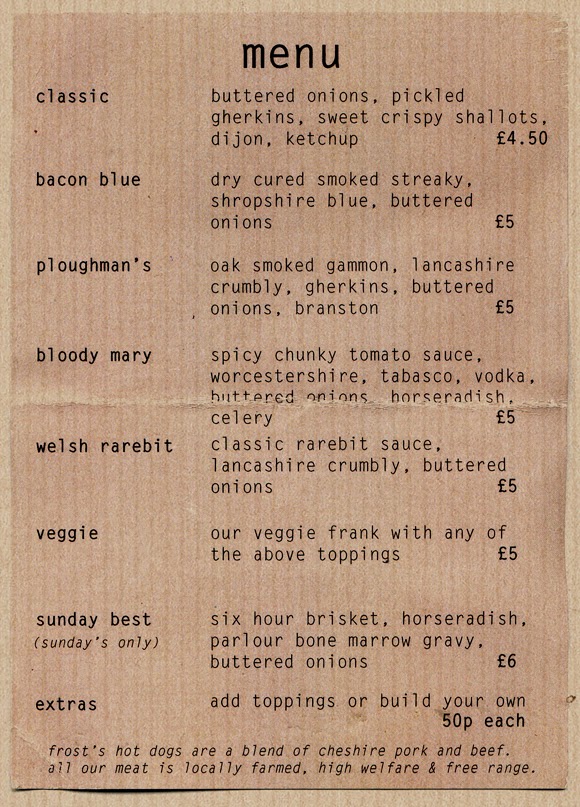 * Plus an extra hot-dog I asked to photograph and struggled to finish.

Sadly Parlour dogs is no more because of complaints from a neighbour about food smells/noise.

Follow @Bacononthebeech
Posted by Bacon on the Beech at 18:23