I was going to visit an old favourite; Sticky Walnut (in Chester) for lunch but I thought I'd take a gamble on a new restaurant in Chorlton; Lusitano. I had misgivings to be honest, the menu looked pretty good but I felt it was slightly overpriced. I doubt they'll have many takers for a £22 steak around these parts. I emailed them anyway, would they honour the three tapas for a tenner on Friday lunchtime? (Normally this is evening only 5-7pm). They happily agreed, so I went over. 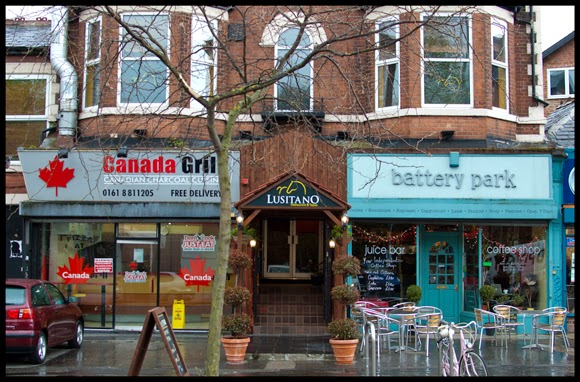 I'd not visited the previous restaurant here, Mezzaluna, I'd heard it was yet another crap place in M21, so I never bothered. For me it's a disadvantage having the restaurant upstairs, despite it being well located opposite Croma (bafflingly the busiest restaurant in Chorlton). First impressions were good though, it's quite large, it felt like a Spanish restaurant and the Portuguese music playing was spot on. I met the two very friendly fellows running it and set to order with their help.
For me, a good meal always starts with good bread and I could tell right away that it was quality local Barbakan bread they're using. 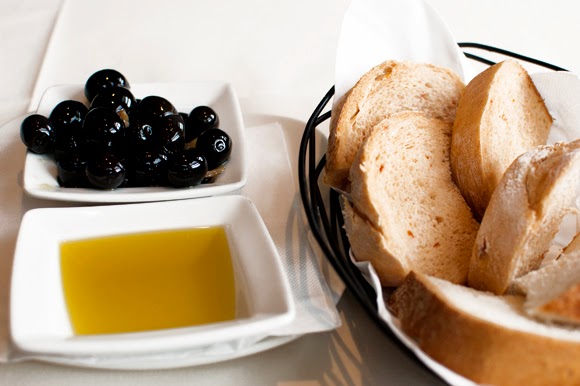 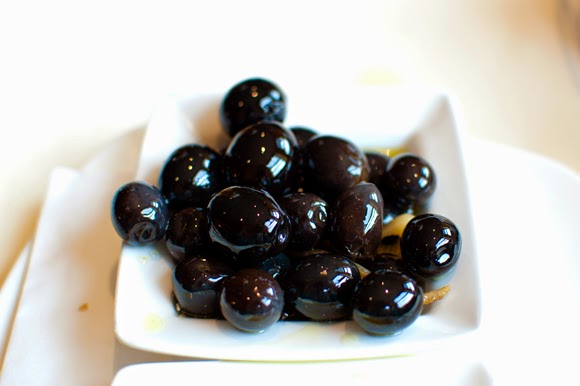 They let me have a sample of their 24 month old Pata Negra. 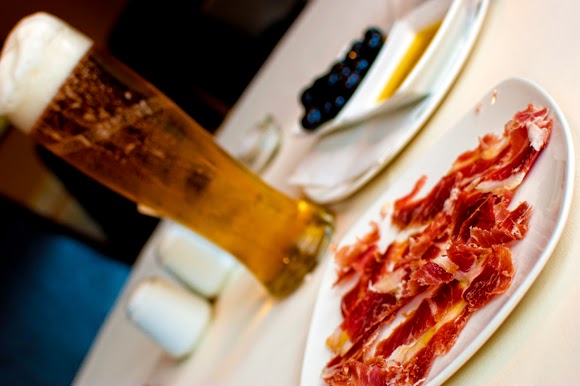 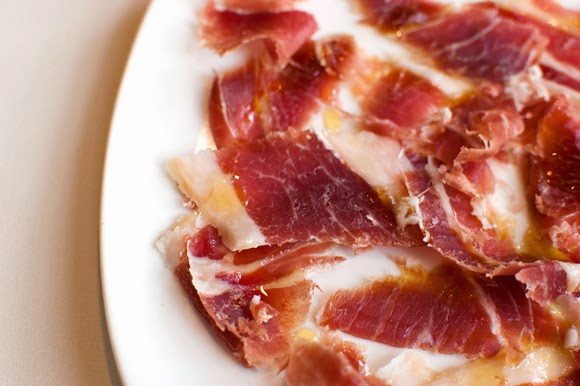 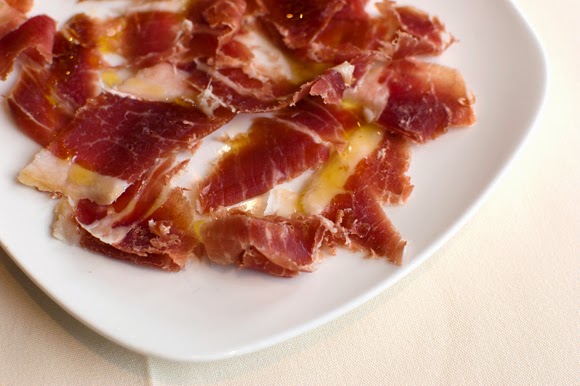 It's such a delicacy that I always enjoy. I remember a twenty year old me 20 years ago in Spain rejecting Jamón ibérico as it 'tasted like raw bacon'. Some things improve with age, and taste for me is one of then. I'm not sure I ate olives at that age either, these were decent ones here at Lusitano.
The Favas com Chouriço (Broad beans, chorizo and quail egg,) were good and hearty, I know Mrs Bacon would have loved this dish. I wanted more chorizo, way more, but then I'd add chorizo to pretty much everything if I could. 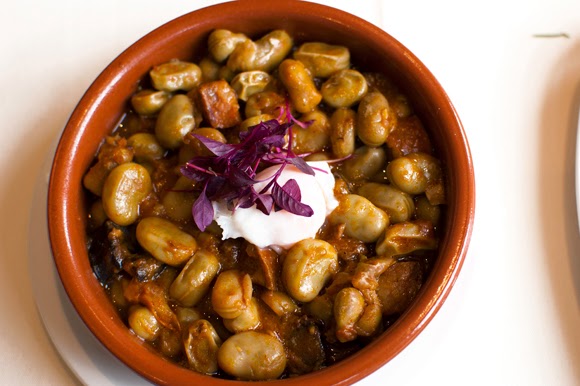 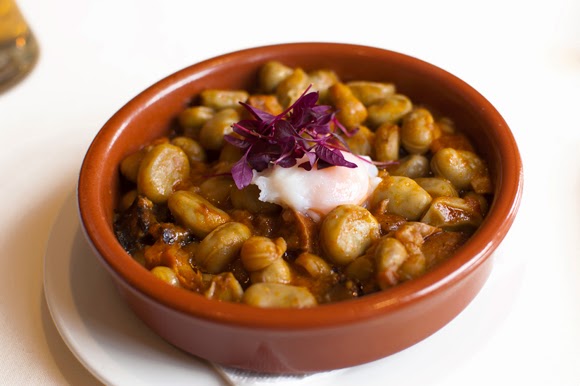 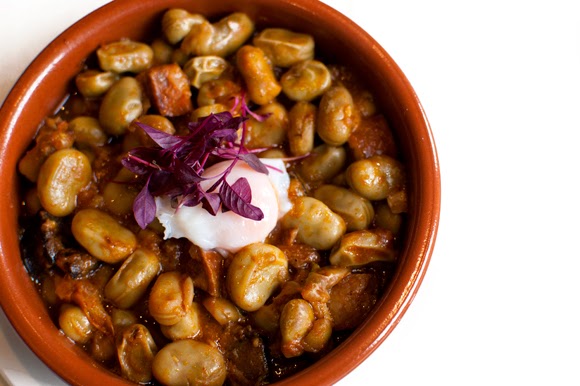 Bolinhos de Bacalhau (Traditional cod fish cakes) were fine too, although perhaps could have done with a little more gooey moistness inside. 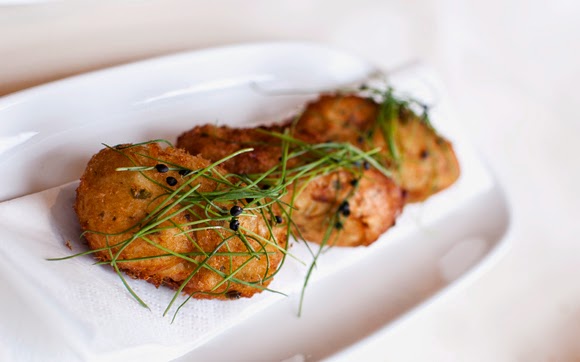 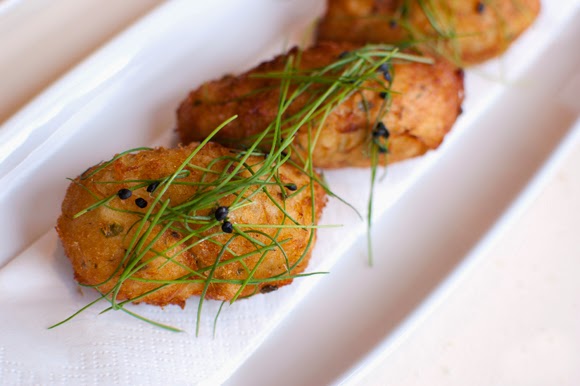 Lastly, the Morcela com Ananás (Black Pudding with caramelized Pineapple). I normally hate sweet and savoury together, but this really works quite well. 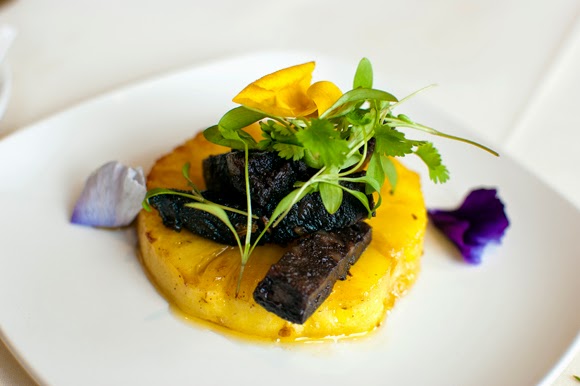 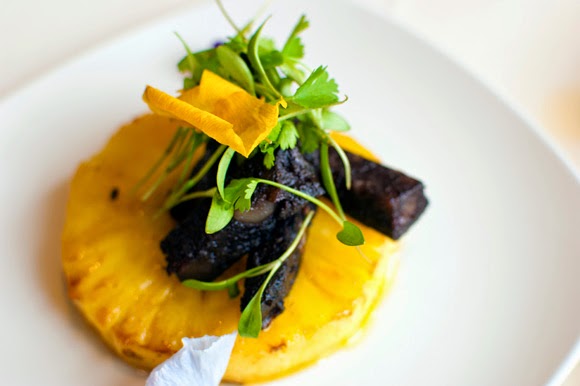 They sent out a traditional dessert and espresso, and I paid for the food, whilst we chatted. I even met the mama who does a lot of the cooking and another chef who has previously worked at The French. It's a real family place, an antidote to all the plastic chains that are so prevalent.
Overall this was a really pleasant experience. I think Chorlton is quite a tough market though, people seem to flock to places with a good atmosphere and location over the very best food (the ever popular San Juan is surely their biggest competitor). The Laundrette is another one with distinctly average food (at best) but which has another prime spot on Beech road that people seem to enjoy in great numbers. 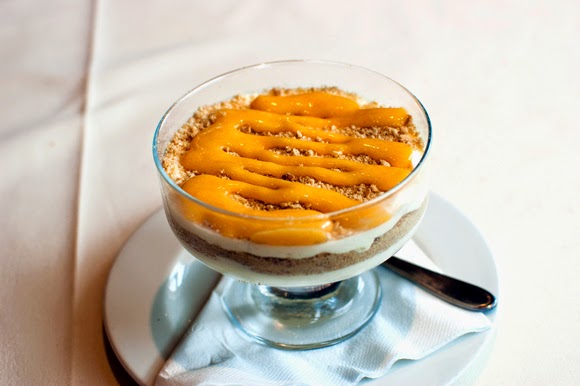 However I think these guys can hopefully make this restaurant work. The 3 for a tenner tapas choice is an excellent deal, I think they should extend that to get the punters in. It's also enough food, these portions are decent in size.
They don't overcharge for beer either; the Sagres is £3.60 a pint which is quite reasonable for a restaurant. (I hate it when restaurants really rip you off on the booze especially small bottles). I suggested that they could make more of their bar area as well, it is predominately a drinking culture in Chorlton first and foremost.
In conclusion I recommend trying out Lusitano, it's nowt fancy, but good, hearty, traditional Portuguese food with lovely staff, and it's a place I will definitely return to, specifically for some suckling pig that they're promising. 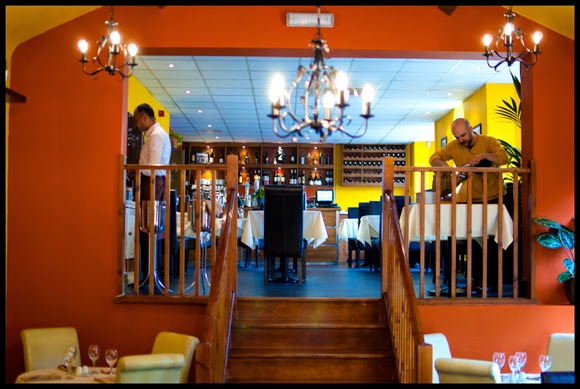 *They sent out a few complimentary items but I paid for my ordered tapas.

Follow @Bacononthebeech
Posted by Bacon on the Beech at 18:16