Like most people obsessed with food and eating out, I'm against chains generally. This is because by their very nature they're places that have all the heart and soul and idiosyncrasy removed from them. The very things we actually look for. It has to be like that. Everything is usually formulaic and strictly regulated by head office. It's a system that works to some extent.
However, I was keen to try the new Côte Brasserie. Since the sad demise of Relais de Venise L'Entrecôte last year, there are few places that I can go in town for simple steak-frites to my knowledge. 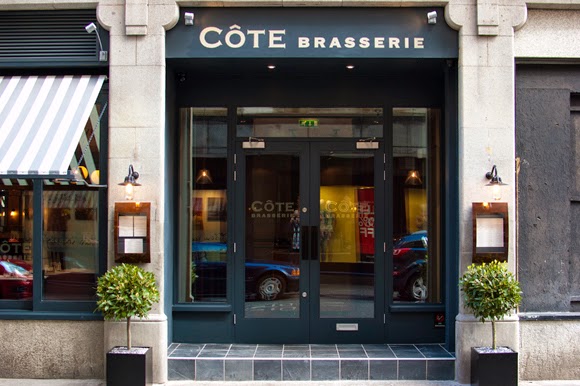 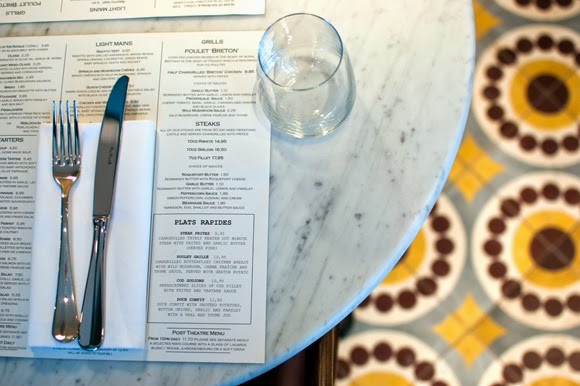 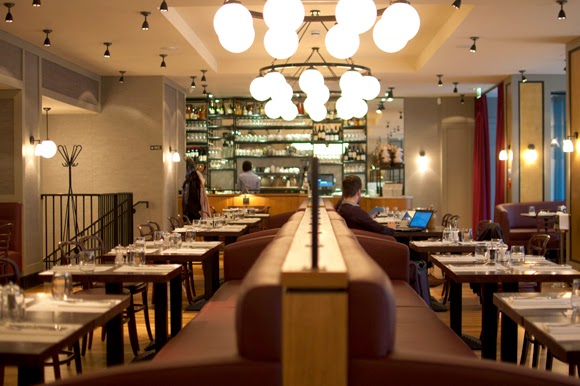 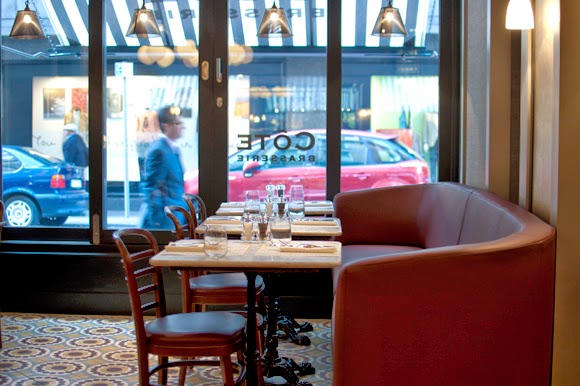 We just don't have that little local family run French bistro on the corner that's been there for years, so where else is there? They couldn't afford the sky high city centre rents for a start. Only chains can afford to move in. (Perhaps a reason why we don't have a good tapas bar right now as well, until Ibérica move in next year). 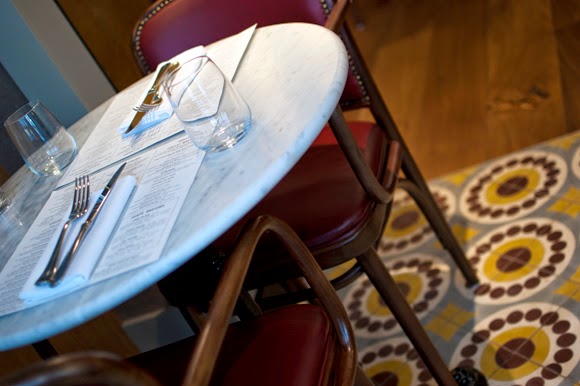 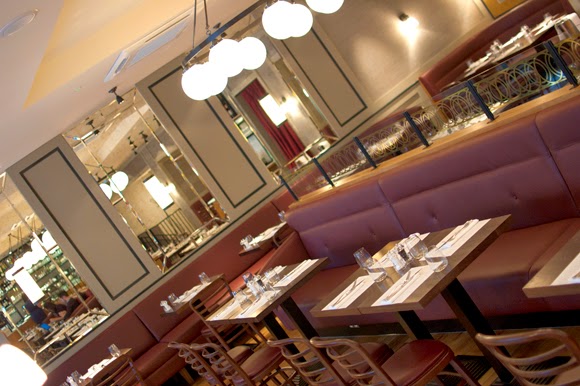 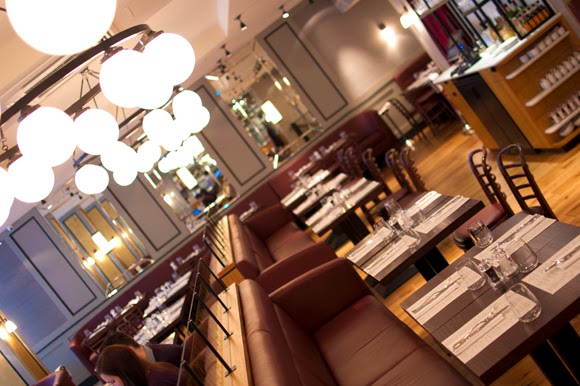 I have to be honest, I had a pre-conceived idea from the beginning, 'like a slightly posher version of Café Rouge' was the general gist from a quick google search. Not bad reviews though to be fair.
The fit out cost £1million. Where does that money go? Clearly I went into the wrong profession as there's some money to be made here. It does look pretty good though.
I knew what I was having and ordered before I'd even sat down. Patience is not a virtue I posses as Mrs Bacon will quite gladly elaborate on. At some length.
Luckily the food came in super quick time. Steak Frites; Char-grilled beaten out minute steak, frites and garlic butter (served pink, £9.95). 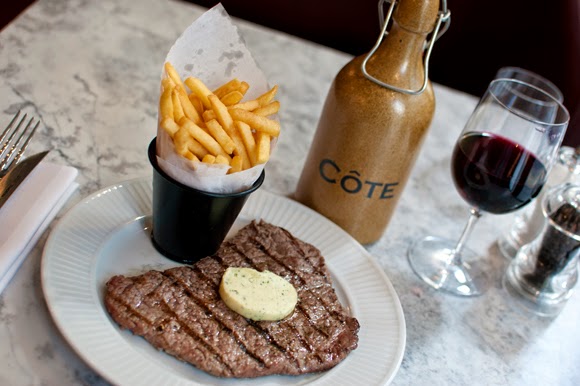 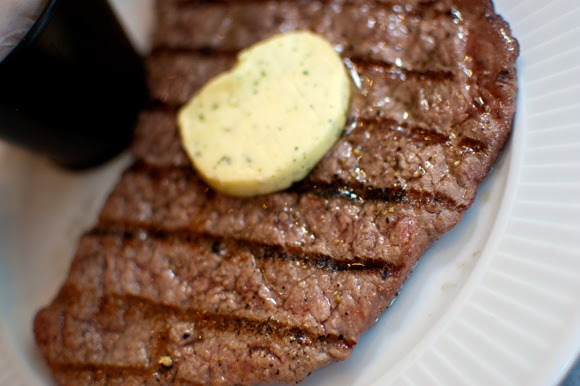 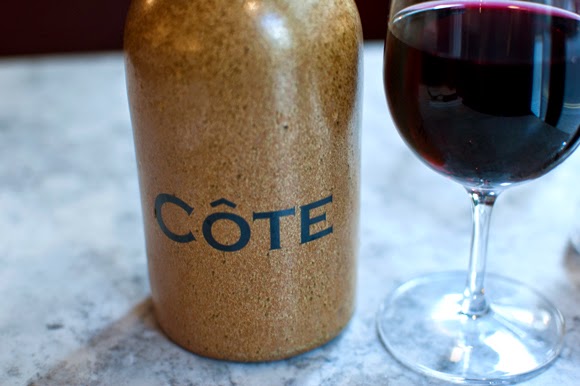 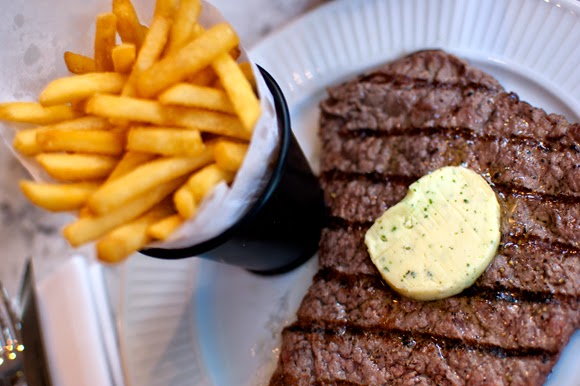 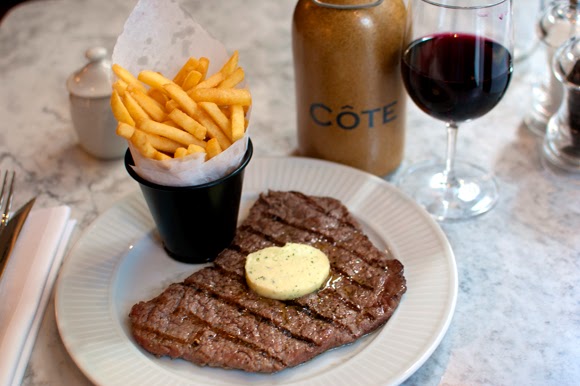 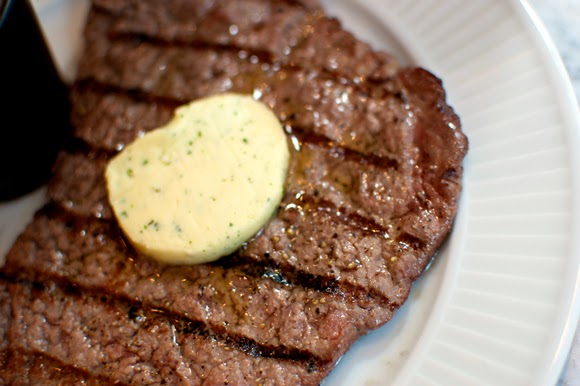 Do you know, it wasn't bad, not bad at all. I enjoyed the melting garlic butter on the thinly cut meat. It's not the best steak I've ever had, but for the price it's never going to be and it was miles better than I'd anticipated. I always prefer frites to chips, know matter what anyone says, so I savoured these. I asked the waitress where the meat had come from? Australia she replied. Oh dear, that can never be a good thing can it? Another piece of money saving logic from a chain perhaps. Transporting meat 10,000 miles is ludicrous and wasteful. They do know that we have cattle just a few miles from the city centre don't they? (I actually pass some everyday on my cycle around Chorlton Waterpark).
Despite this, I really enjoyed my simple lunch for what it was and it is pretty good value. I even went for an unplanned Crème Caramel. Traditional set vanilla pod custard with dark caramel and cream (£4.50). It was spot on. I could eat that any and every day of the week. 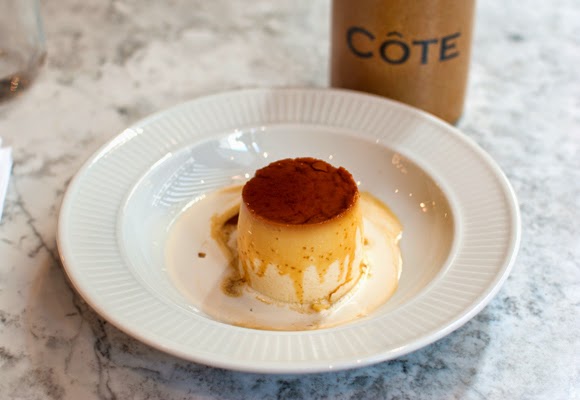 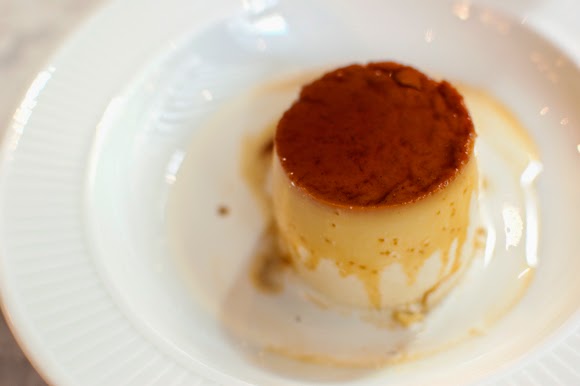 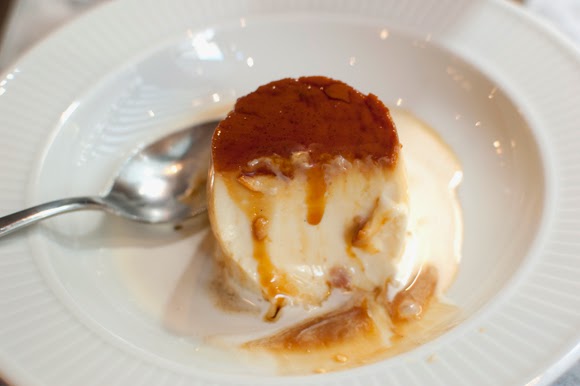 They moved me onto the set lunch which is £9.95 plus a £2 surcharge for the steak. The prices are reasonable, but I didn't like the 12.5% surcharge they automatically add to the bill. Both waitresses were lovely though.
The final tally came to £18.39 including tip and a glass of house red. £4.40 for this seems a bit steep to me, but then I never normally order just a glass, a bottle is more my style.
I would return to Côte Brasserie for a quick lunch (ordering exactly the same again) which I didn't expect to be saying at all. L'Entrecôt still has the edge for me in terms of that special sauce they have and the second helping of fries, but we don't have that any more. Neither do we have that clichéd French bistro from my imagination based on Robert Doisneau photos that I'd ideally wish for in our city. Until then, Côte Brasserie will have to do. 6/10. 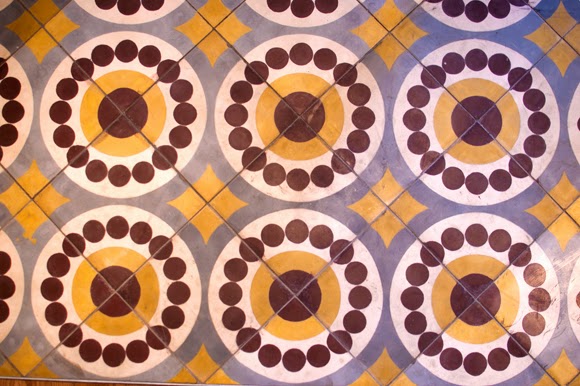 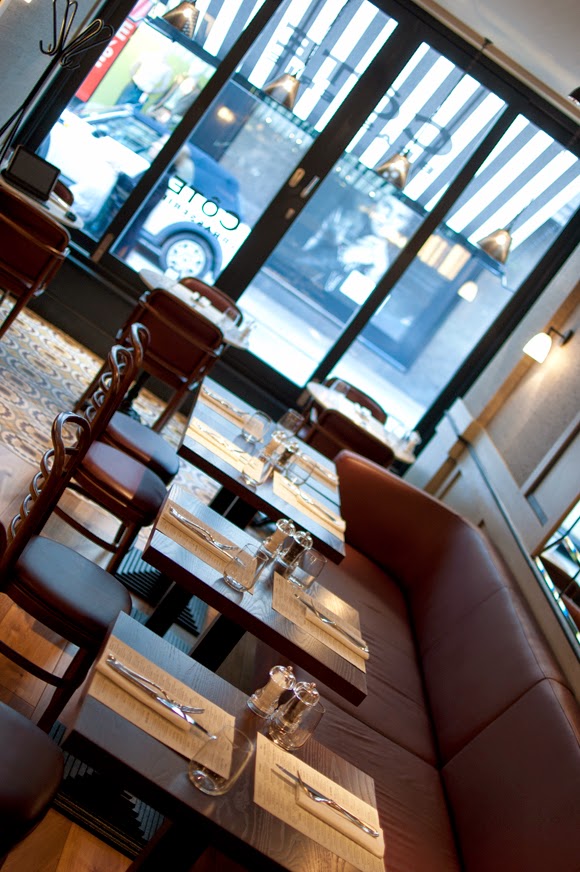 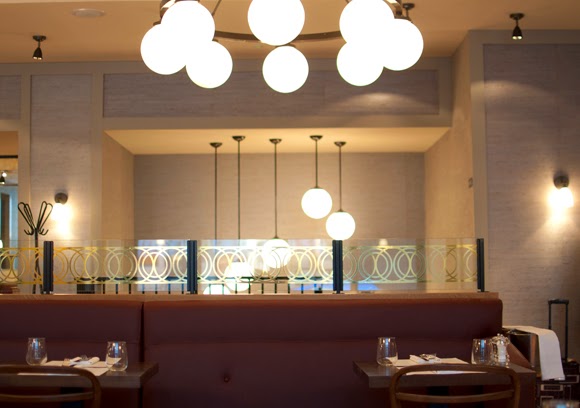 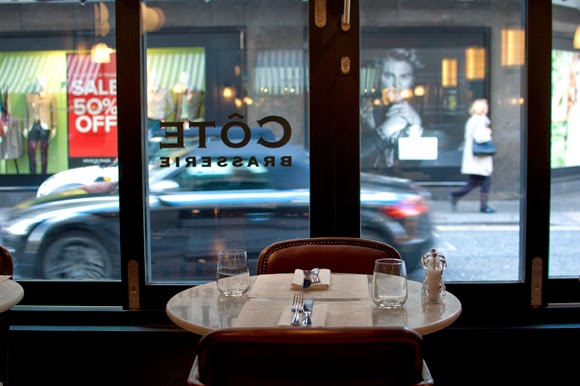 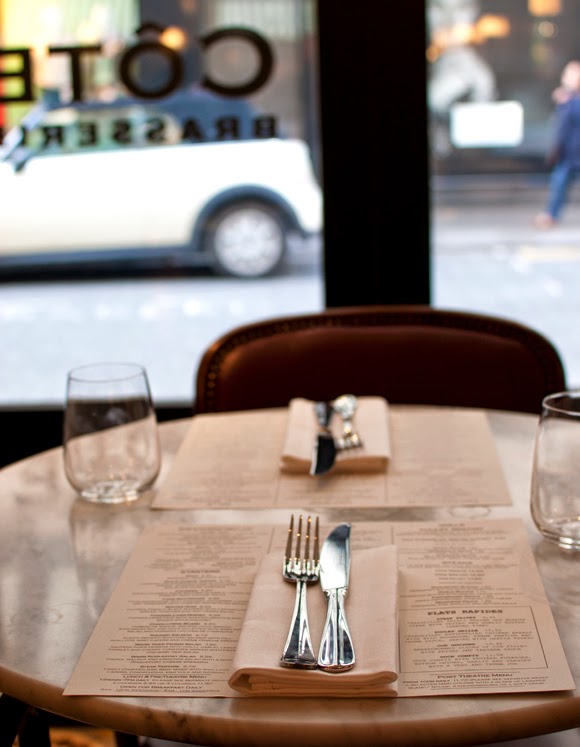 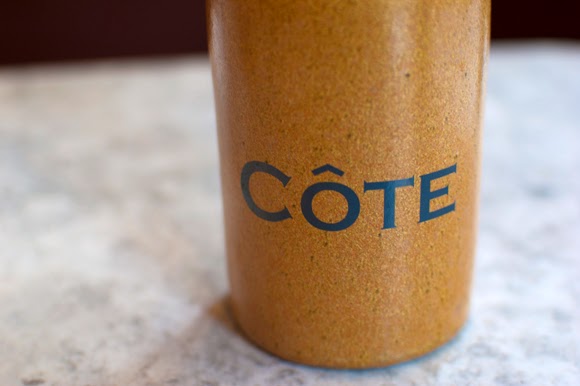 Follow @Bacononthebeech
Posted by Bacon on the Beech at 18:08