I've probably been to Spain more often than Stockport in recent years, apart from infrequent visits to Decathlon, I've never felt the need to go there, with Manchester only 15 minutes away. But I've been missing some cracking old fashioned pubs. Also, with the average cost of a pint reaching close to £4 in Chorlton, now seemed a good time to see if the fabled £2 pint actually exists.
I met a few mates on Friday (who I only really see a few times a year for the purposes of these pub crawls). Mrs B dropped me off at The Crown Inn under a viaduct on the edge of town. 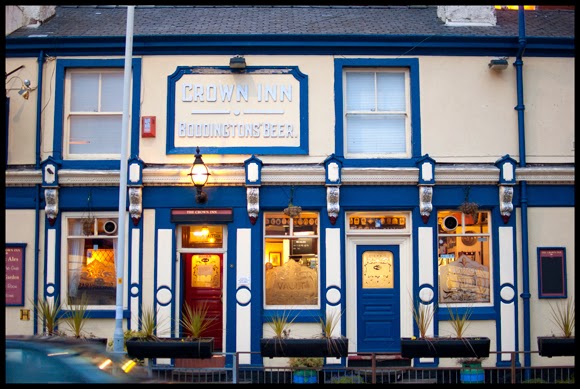 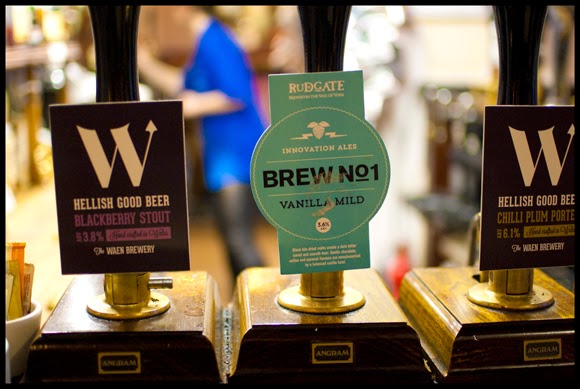 It was one of those places that could easily be completely ruined by a bad tempered bar manager or one who always serves the regulars first. Happily, this wasn't the case, the young barmaid was really friendly, consequently I loved this place from the off. Comprising of cosy little rooms, it was already half full at 6 o'clock on Friday and everyone looked like they'd been coming here for many years. There were loads of beers I'd never even seen before, I settled on a Mouselow Farm Golden Gosling, a pleasing light golden ale at only 3.5%, perfect to start me off for the evening. 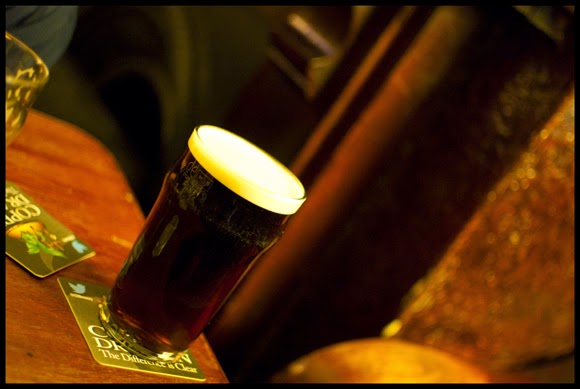 After a couple of pints, we made our way up to The Hope, a large two roomed square pub on the main Wellington road. 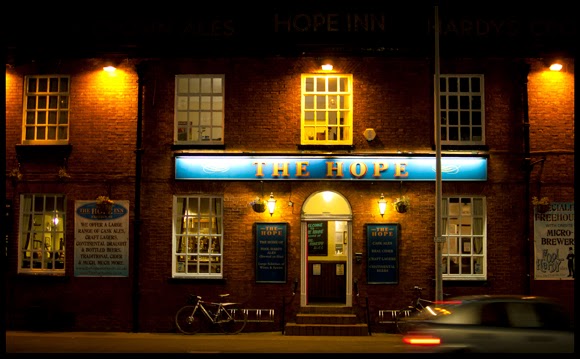 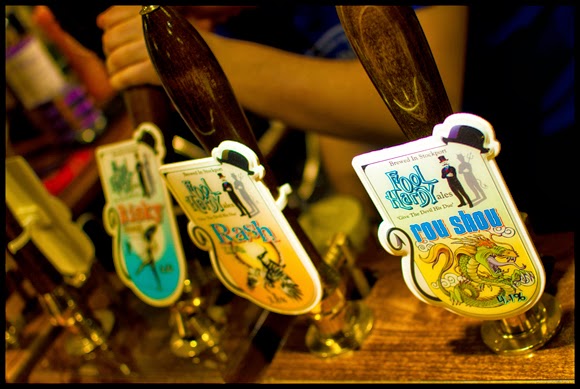 Slightly less cosy than the previous place, I noticed the clientèle was a lot older than the pubs round our way. It reminded me of boozers I used to frequent in the 80's when I first started my drinking 'career'. We had a few pints of their own Fool Hardy Ales Risky Blond here, nice enough, but not my favourite of the night. 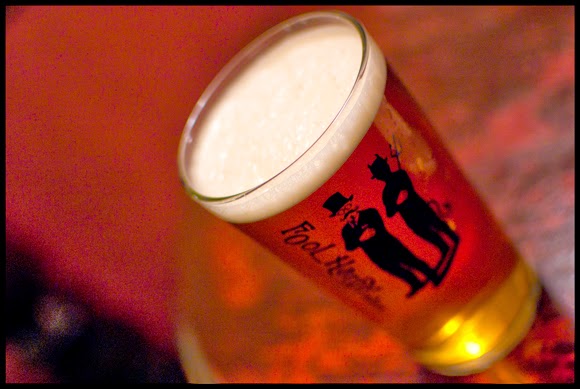 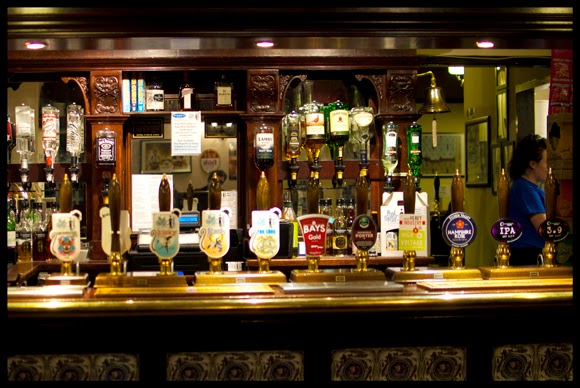 Back down the road to The Magnet next. As it was now about 8 o'clock, this place was completely rammed. We all went for the Thornbridge Brother Rabbit Golden Ale, which cost just £10 for 4 of us. Amazing value, I've never had a bad beer from this brewery, and this was no exception. It's a great pub, with loads of little dark rooms. Slightly worse for wear I managed to snaffle a pork pie from the bar, to try and somehow stop the onslaught of the effects of the booze.
We skipped the nearby The Railway this time and went back down to The Crown for a final drink. It was a fantastic pub crawl this (hardly a crawl really), but I came to the conclusion that I just can't drink several pints any more, even the Doner kebab back at Chorlton take-away Panicos, couldn't soften the blow of the worst hangover/headache I've had in quite some time, the next day. It didn't lift until the evening when I was ready to start drinking again.
Still it was worth it though, just about. 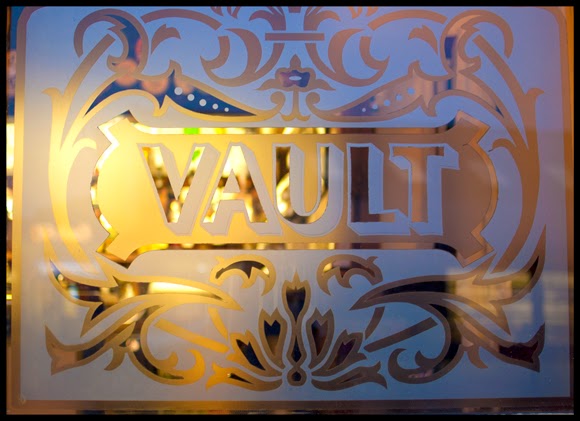 Follow @Bacononthebeech
Posted by Bacon on the Beech at 12:17