Down at the bottom of our street on Barlow Moor Rd in Chorlton, there are four Indian restaurants in a row, more or less. The eldest, Azad Manzil is essentially 'dead man walking'; it's simply reached the end of it's natural life and not moved with the times. I doubt it'll be around for much longer, the writing is on the wall. The newest; Coriander is obviously the most successful in terms of décor, food and general experience, which is why it's packed to the rafters most of the time. However as possibly the best restaurant round these parts, we've visited it quite a lot in recent times. Tandoori flame, I'm afraid I dismiss also, as although the food is good, the FOH is clueless and it's more of a glorified take-away in reality. 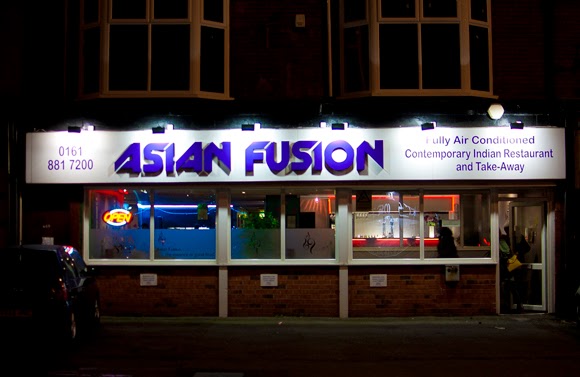 So we're left with Asian Fusion. I would have dismissed this too, as a visit last year was little more than average, but someone told me that they'd got a new chef, so we thought it was worth giving it another chance.
The Chorlton Curry Club reconvened for another Sunday night session and after a few drinks in the Spoon Inn opposite we went along to find out. 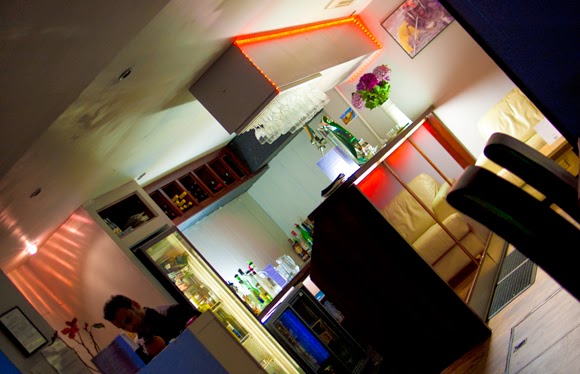 First impressions weren't too good to be honest. Coriander was clearly rammed, whilst this place had just one table occupied. That tells you something straight away. The menus were filthy and the place desperately needs a spruce up, it's just scruffy and tired. The staff were friendly, as they've always been, so we set to order. The menu is confusing, there's a whole page of Chef's specials, plus all the standards, and another specials menu on a separate crappy plastic photocopy. We started off with some cold bland Cobra, and poppodoms, which were all fine. 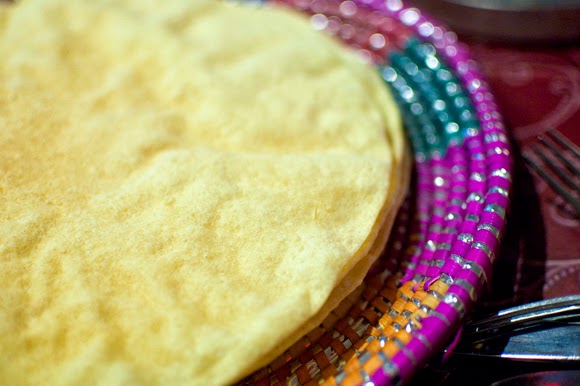 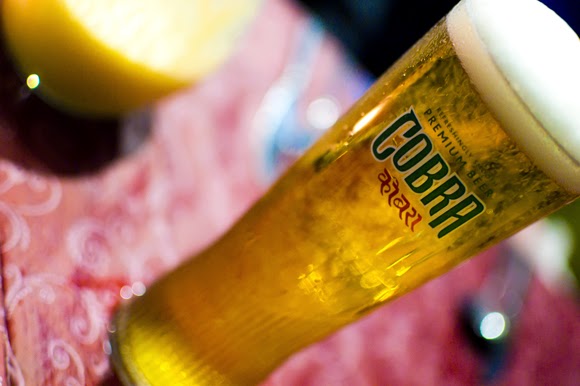 I played it safe with the mains and went for a South Indian Garlic Chicken with a garlic nan bread.
Although service was slow all night (strange considering it was empty), the food wasn't half bad. Simple, hot and spicy it was in fact just what I wanted at that moment, a fairly good curry, hot and as unsubtle as a brick, but nonetheless well enjoyable for it. The garlic nan actually tasted of garlic as requested too, a miracle in an Indian restaurant it seems. The bread was too thick though, I much prefer the nan bread at Mughli in Rusholme. 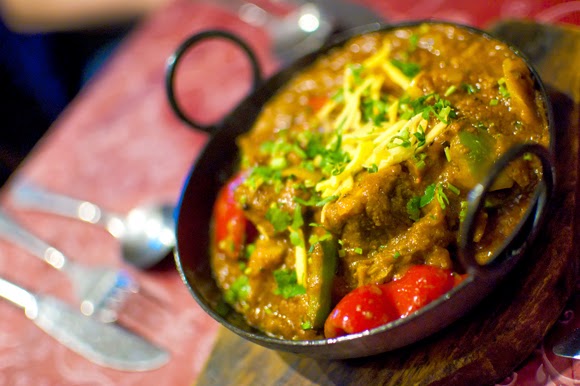 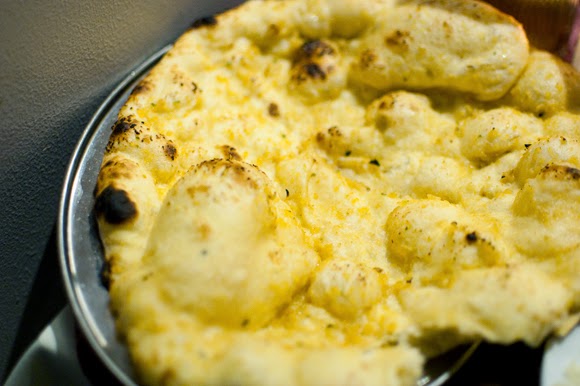 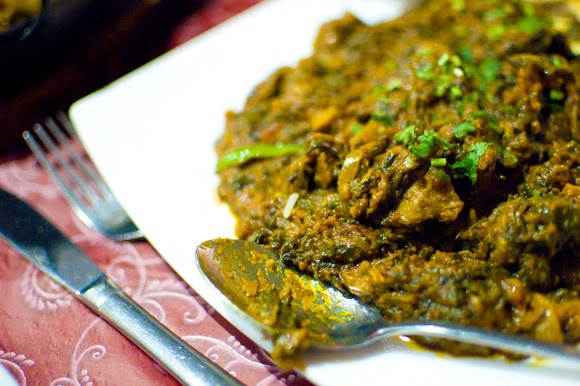 The question is though, would I go back? Probably not to be honest. The fact is, there is only one really good Indian restaurant within walking distance of Beech road and that is Coriander. Sai Spice isn't too far away either and that was better than Asian Fusion too.
The food here was pretty good, better than last time to be fair, but it just isn't enough to make me want to return. This restaurant simply needs fresh investment, it's shabby and an overhaul is necessary if it seriously wants to compete with it's more successful neighbour.
4/10.

Follow @Bacononthebeech
Posted by Bacon on the Beech at 07:14