Brunch at The Alchemist.

I'm a greedy bastard. I'm lazy, fat and a complete blagger too. I would go to the opening of an envelope if there was free food involved. Despite this, I still turn down at least one invitation a week to dine somewhere for 'free'. There have been quite a few places we've been asked to visit that have been regretful, full of empty calories and unsatisfactory poor food. It's not that enjoyable writing a bad review about somewhere like this as I'm always honest and it feels like you're stabbing them in the back as you've eaten at their expense and they're getting bad publicity for their troubles.
So I try to be a little bit more discerning these days to avoid such places. I wasn't so sure about The Alchemist to be honest. The only thing I knew about this place was that it was a glitzy glamorous bar (somewhere I'd normally avoid) and that it's owned by Living Ventures as part of their Spinningfields empire. 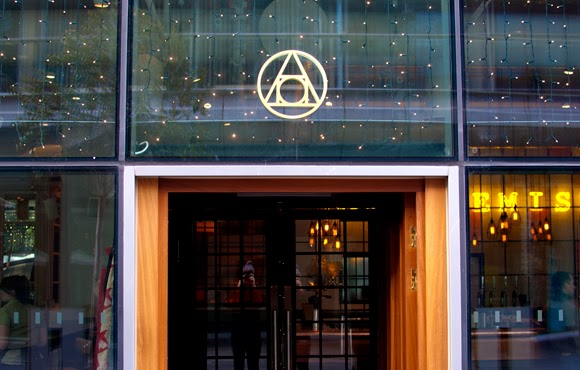 Our invite was for brunch, but it turned out it was actually at the New York street branch that I didn't even know existed. When there's a free lunch involved we can walk pretty quickly so got across town in about 7 minutes.
The Alchemist turned out to be one of the surprising good ones and a brilliant opportunity to visit somewhere I never would do apart from this website. Yes, all the usual interior design suspects were there, the lighting, the booths, the exposed pipework etc but it was beautifully done and we sat down in the corner by the window. Rather boringly everything we had was totally spot on and without fault whatsoever including the service. 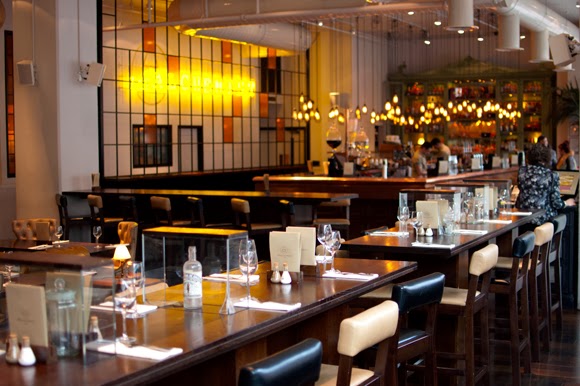 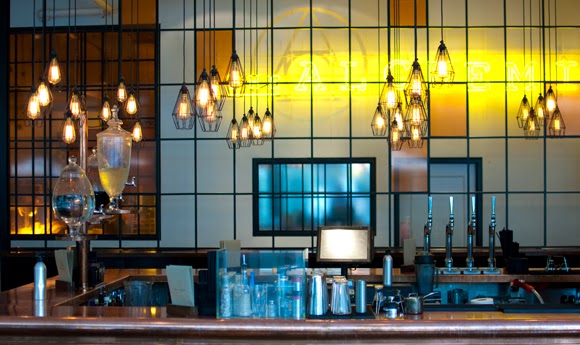 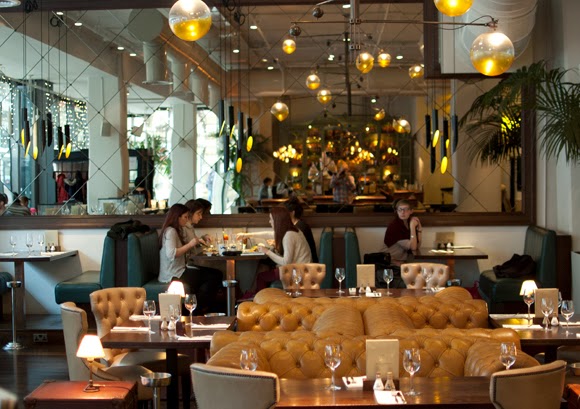 I started off with a spicy Bloody Mary. 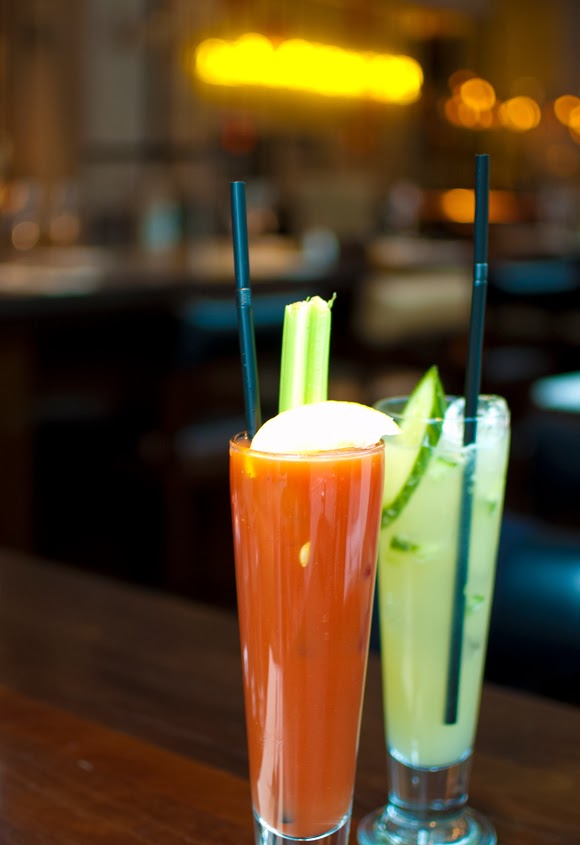 I then went for the (full) English; Bacon, 2 fried eggs, sausage, mushroom, tomato, hash browns, black pudding, baked beans and toast with butter (£8.95). Very nicely presented, all the elements were spot on, the sausage and bacon are always tell tale signs of cutting corners, but these were good quality. It reminded us of a decent breakfast you'd get in a posh boutique hotel (say The Hoxton in London).
Mrs Bacon was very pleased with her Eggs Royale, 2 poached eggs, salmon, English muffin and hollandaise sauce (£6.75). I had half and agreed, it was perfect. 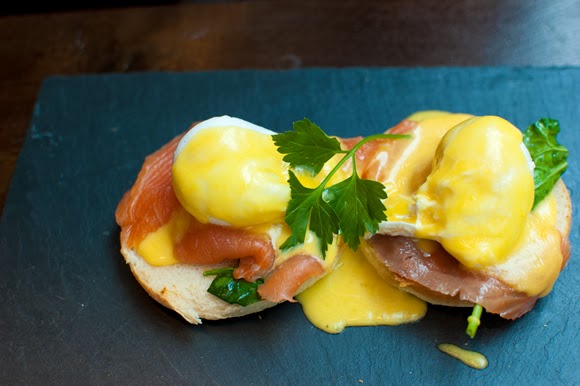 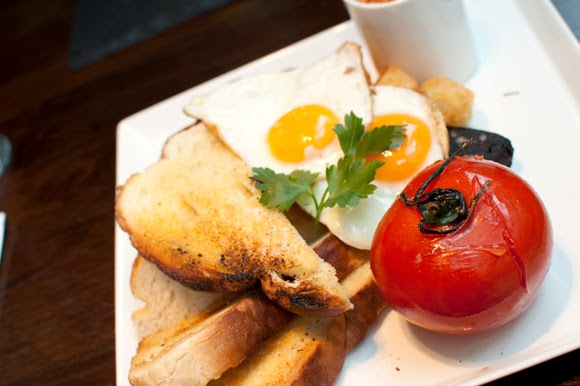 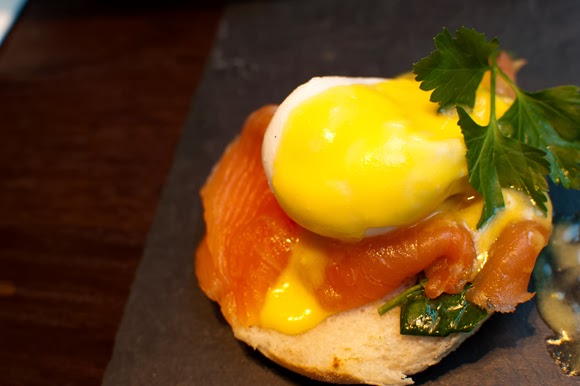 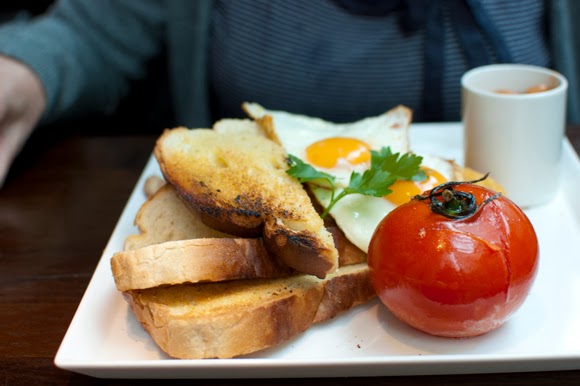 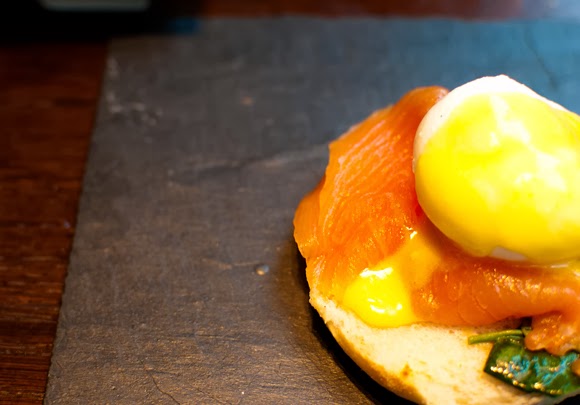 The cappuccinos at the end were good too. A lot of places that specialise in coffee cannot do it properly, making it too milky and bland (I even had a disappointing one at Caffeine and Co) but even this was just right. 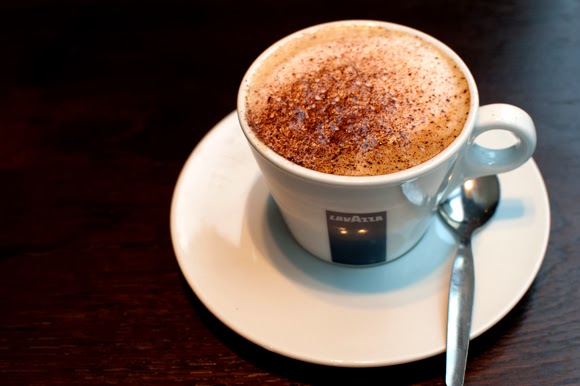 Happily, I don't have anything bad to say about our brunch at The Alchemist.
The Living Ventures group have their fans and their critics, and although I've liked some places more than others, this place again proves to me that more often than not, you can expect a well run restaurant and a fairly decent standard. I guess that's why they're so successful and reported sales of almost £50 million last year. It might be a different case for their other food here, I've not tried that, but for breakfast it was top marks for all, no faults to report. 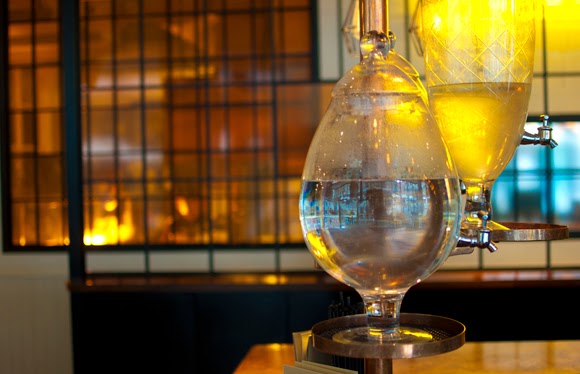 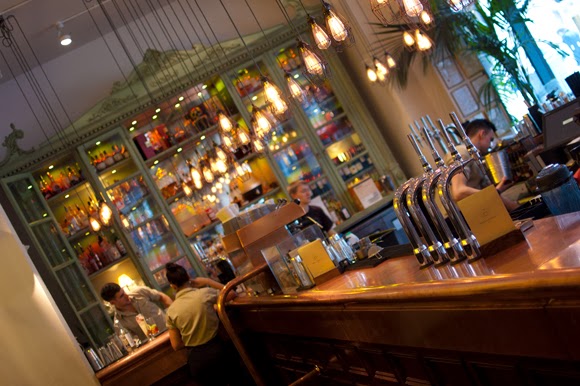 Follow @Bacononthebeech
Posted by Bacon on the Beech at 08:32