After a couple of nights of drinking I always feel hungry the day after and I'm not after a salad. This time I had a massive hole in the middle of my stomach and it could only be filled with a big f*ck off sloppy burger. But I just knew that any other burger wouldn't do. I had a craving for an Almost Famous. I said in my earlier review that I think these are the best burgers in town. (See here). 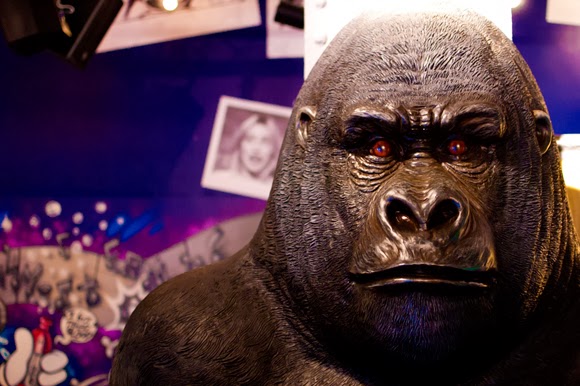 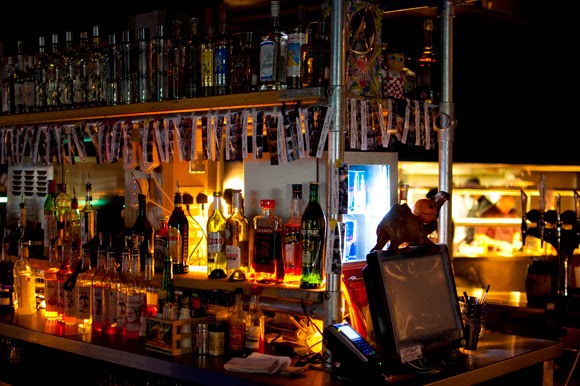 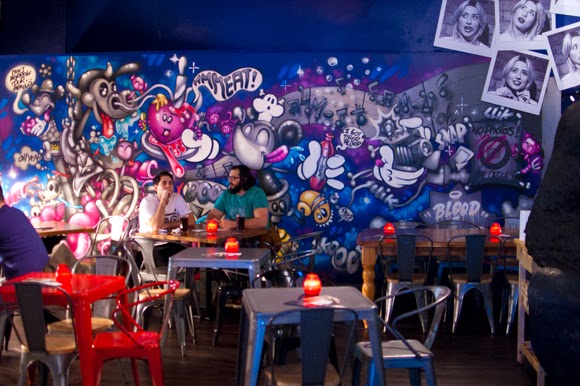 The Manchester market is totally sewn up now with AF and Solita like the Beatles and the Stones each having their own fans, it's game over as far as I'm concerned, and any new comer has totally missed the burger boat. American chain Five Guys (they have restaurants in London too) have sensibly located their new store in The Trafford Centre, (or as I call it hell on earth), a shrewd move on their part. 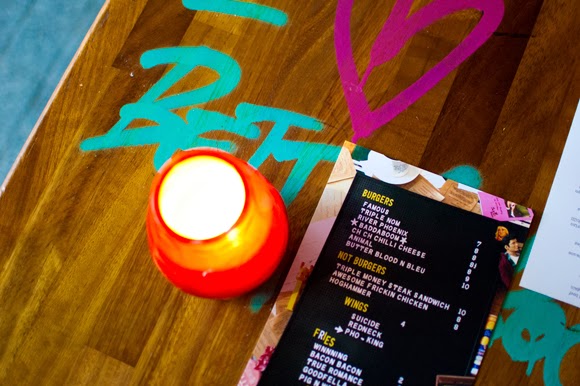 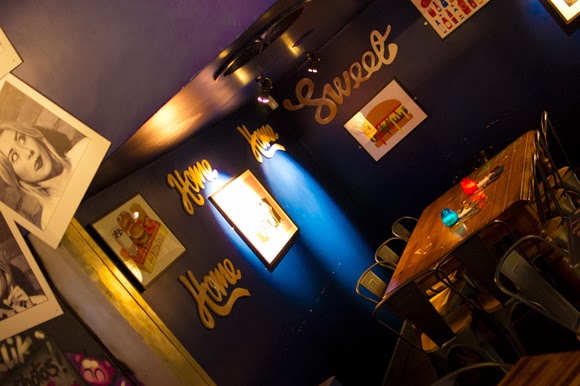 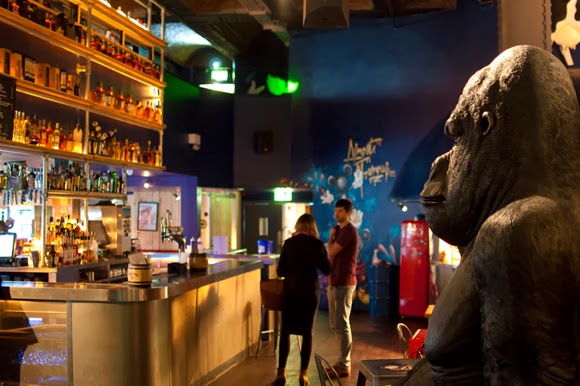 So anyway on the stroke of 12 I was stood there waiting for Almost Famous to open. I was warmly welcomed in by Jon the manager. A few people have complained about service at AF. I've never ever had any problem but then I've never turned up at 8pm on a Saturday night, their busiest time and waited about either. (I wouldn't ever go at this time as I'm very impatient especially when it comes to food). 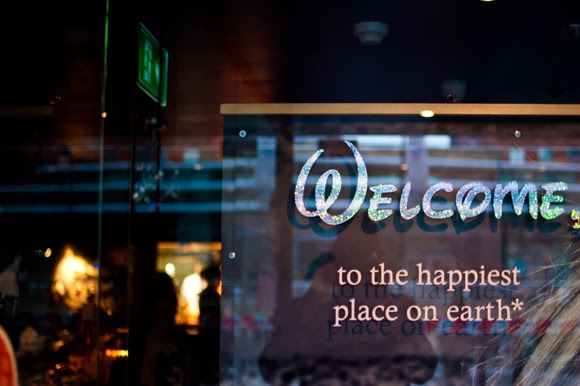 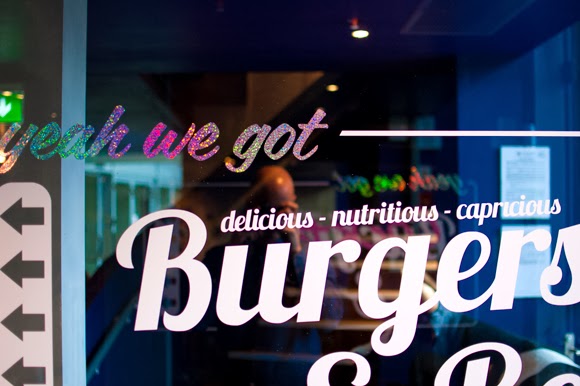 I took a few photos whilst waiting, they've added some dividers in which improves the space I think. As I'd enjoyed the Baddaboom Burger so much last time I was going to have the same again, but Jon persuaded me otherwise. The Butter Blood & Bleu; Buttered brioche, Double cheeseburger, Rare Flat iron steak, Chorizo, Peppercorn, Creamy bleu cheese sauce (£10) was immense, I could barely hold it and I have a giant hand, (just the one, the other is normal sized). 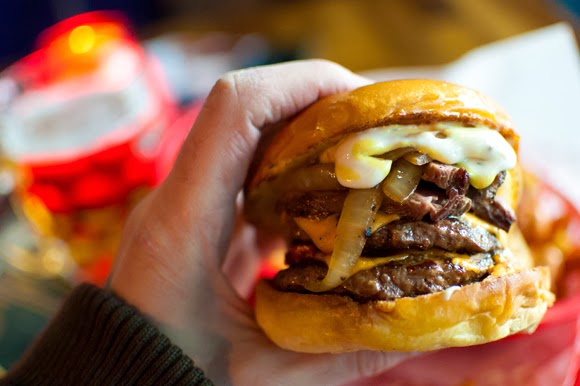 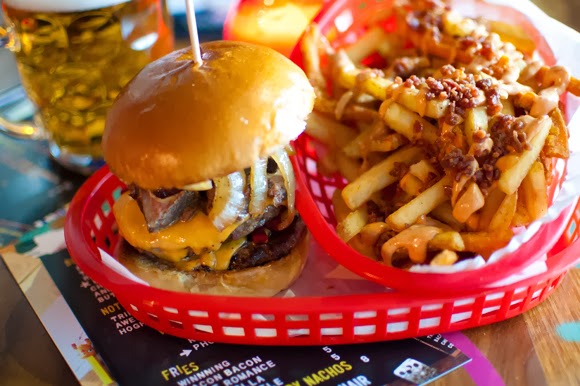 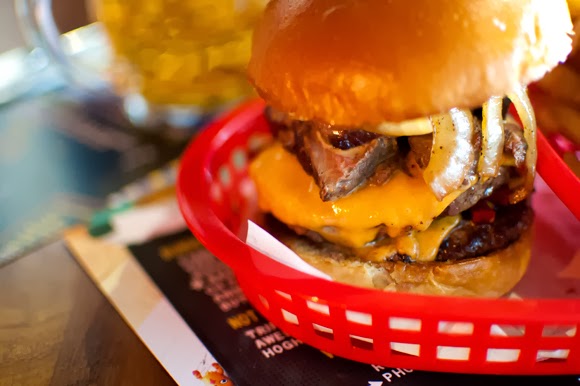 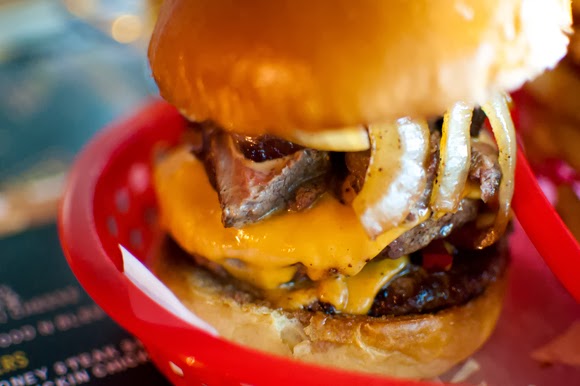 I could only describe this burger as f*cking fabulous. It was exactly what I needed at that moment. I was actually a bit sad when it was finished. I went to pay but Jon said it was on the house. (They like the photos I take so in my book it's a fair swap). 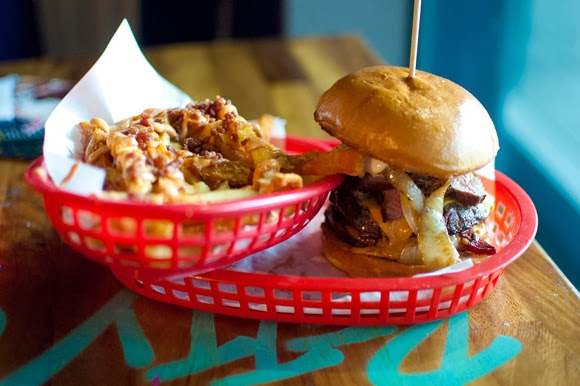 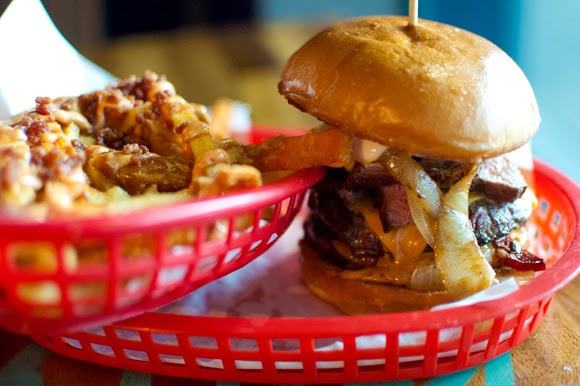 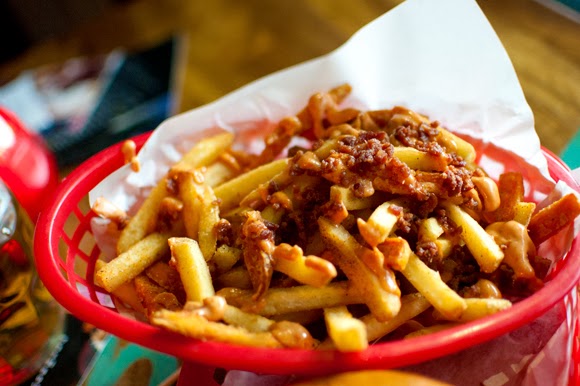 I left now that my craving had been satisfied, but like any addict, I will be back for more. 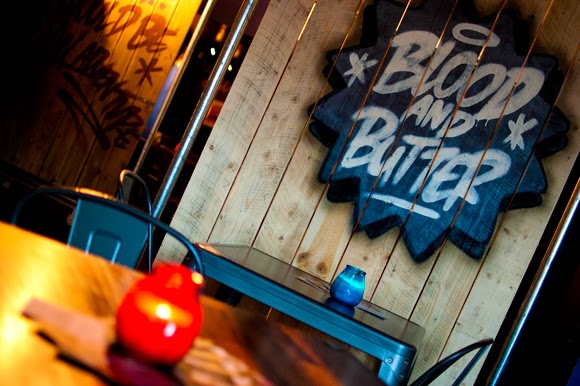 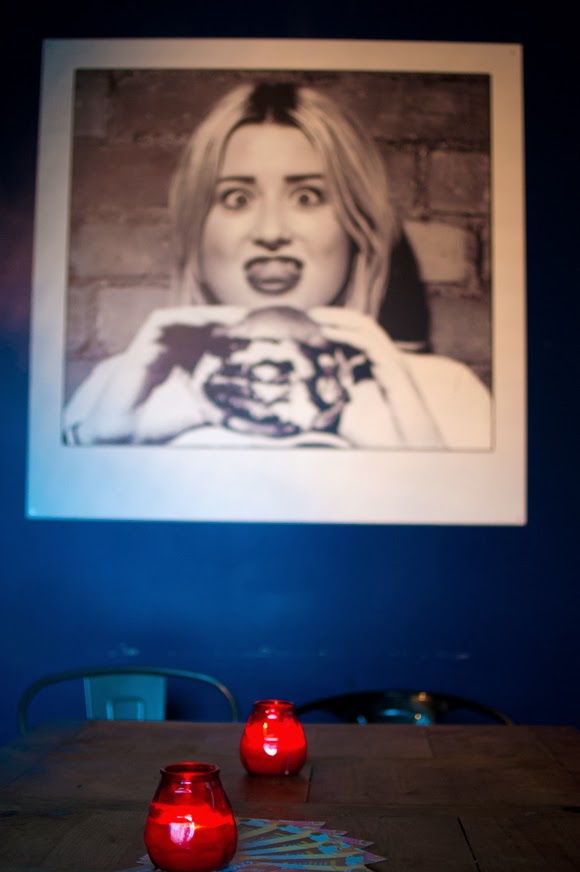 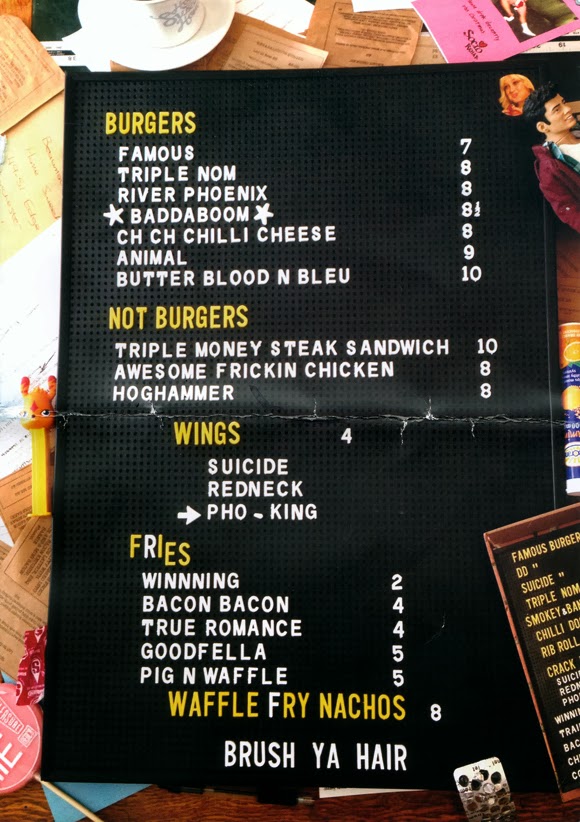 Follow @Bacononthebeech
Posted by Bacon on the Beech at 13:29