I wonder, can I do a post about Mughli again even though I had pretty much the same food as last time? You bet I can, I'll just waffle on a bit first. (Skip this bit if you like). I've heard the criticism that bloggers all go to the same places. Well yes of course, this is because many restaurants are pretty average to be honest, so people who tend to obsess about great food will always be attracted to the best. Bloggers don't always agree but some places seem to get almost unanimous praise. The Parkers Arms is one such place (that's because it's bloody brilliant), and Mughli seems to be another. There's not much to criticise about Mughli, but if there was, I get the feeling that they'd take it on the chin and try and get to the bottom of it and improve things if necessary. 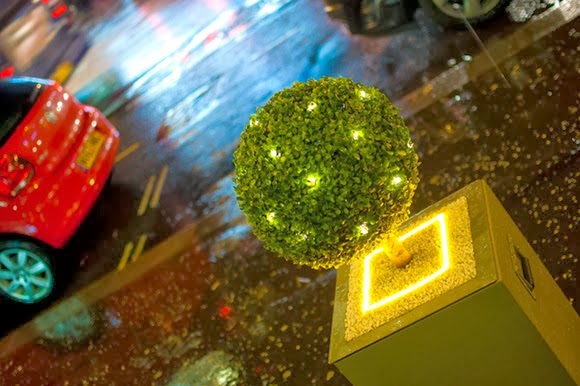 As long as the criticism is hopefully informed and constructive, (and not unnecessarily rude) I think it's fair. Especially if they're taking my hard earned money. I have to face criticism in my day job as an illustrator every day too. Sometimes they're right sometimes they're wrong, but they're the client so I just have to grin and bear it I'm afraid. I just don't take it personally, that's the key. (Not always so easy I'll acknowledge). Besides, it's only an opinion, not everyone will agree. Most people just look at the photos and skim the text anyway. I recently went to a new place, Volta, and Luke the co-owner welcomed honesty. He knew I wouldn't be criticizing for the sake of it, to try and score points, if anything it'd be helpful to him. Turns out it was pretty good already, but if I just went in and said it was all totally amazing from day one, what help would that be to him? Another recent place we visited clearly didn't like the minor (and fair) criticisms we had. That's up to them of course, but we won't be back, there's plenty of other superior competitors we can go to. Anyway have I waffled on enough yet?
The only thing I can think of that would improve Mughli for me would be a few more unusual dishes. I recently had lambs tongue at The Sticky Walnut, I could really see that working in their style. But maybe it wouldn't sell? (Oh and really great beer on tap). 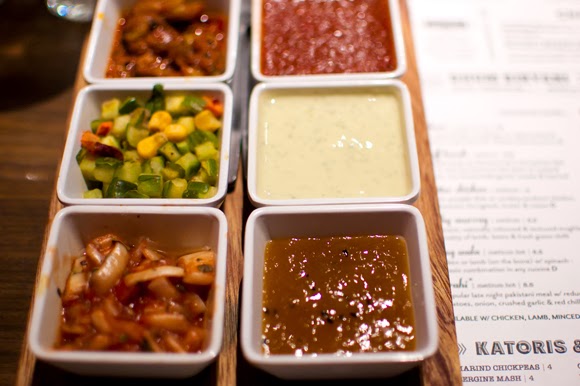 Having said that, I was conservative with my ordering, as I had more or less the same as last time. But when you do that you notice little things, in this case all good. The poppadoms and dips are always decent at Mughli. My favourite dip, the yoghurt sauce is thick and creamy unlike many other Indian restaurants. They think we won't notice that they've watered it down; we do. Yes, it had to be the Mughli Lamb Chops (£6.00) yet again. They didn't disappoint either, the blackened charcoal against the tender juicy lamb, it's just so gorgeous. I'm yet to try better. The Tamarind Masala Fish (£4.50) was lovely too. 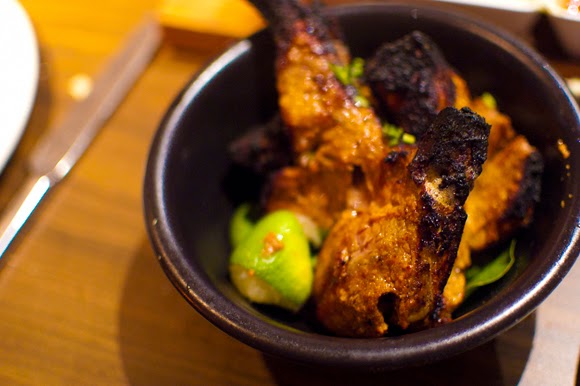 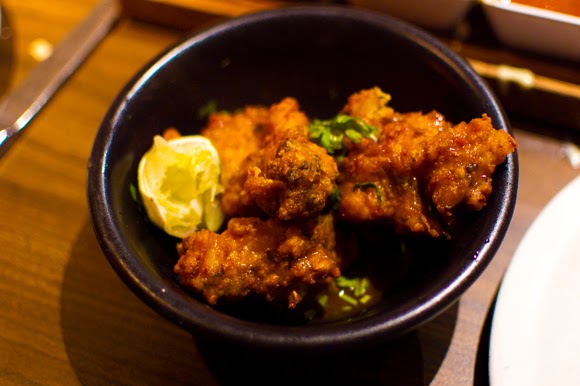 Haz sent out his updated version of the Pani Puri. He wanted to know if it was better than last time. To be honest I can't remember, but we all enjoyed it anyway. 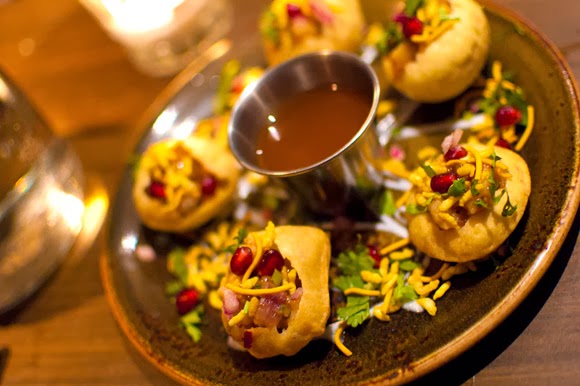 Mrs Bacon's brother and wife who were over from Australia were very impressed. (They say you can't get a good Indian over there, so were wanting their fix before returning).
The Nihari I've decided is my favourite mains that they do. So silky and creamy in it's meaty richness, no wonder it made my Favourite 50 dishes of last year. Ditto the Butter Chicken.  Aubergine Mash and Peter’s bread are both absolute necessities always. 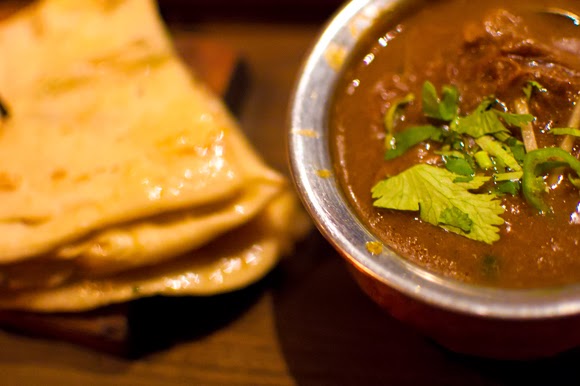 On leaving I told Haz I was starting a post Christmas diet and to not expect me back for a while. I very much doubt that I'll keep to that promise. 8/10. 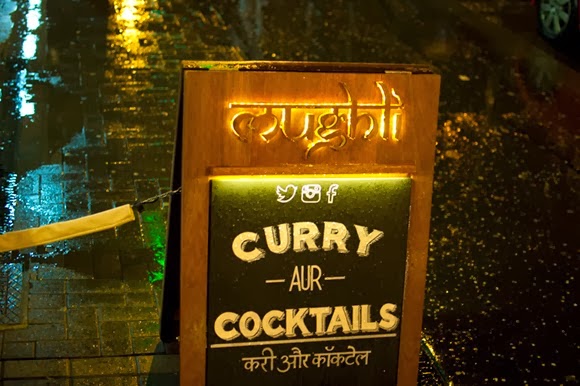 Follow @Bacononthebeech
Posted by Bacon on the Beech at 15:05