So it was back to Mr Cooper's for the third time (for food) since it opened last September. This time it was because Mrs Bacon was on a works do at Red Hot Buffet (her verdict; f*cking awful). I think I got the best deal don't you? 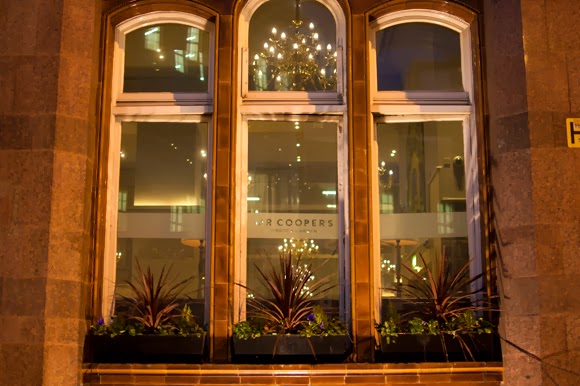 I took my friends who'd not been before. We were going to stay local but I realised that for a few extra quid I could be eating the new dishes on the menu created by one of the best chefs in the country. It was a no brainer really wasn't it. Actually if you factor in the cost, Mr Cooper's is my favourite restaurant in Manchester. (It'd be The French if I could afford it as regularly). This time we got a booth. The only thing I don't like about this place is the crappy music they still have playing over crap speakers that only plays the top end of records. But anyway that's one of my pet hates and at least it wasn't too loud. 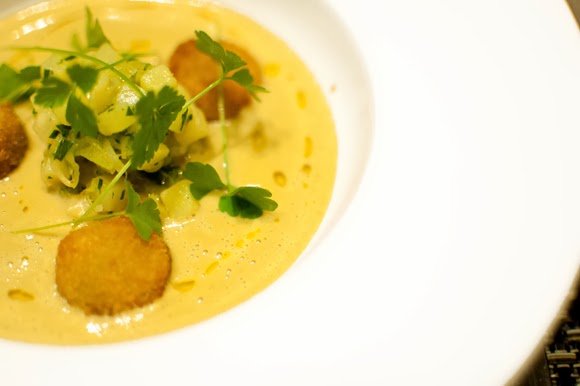 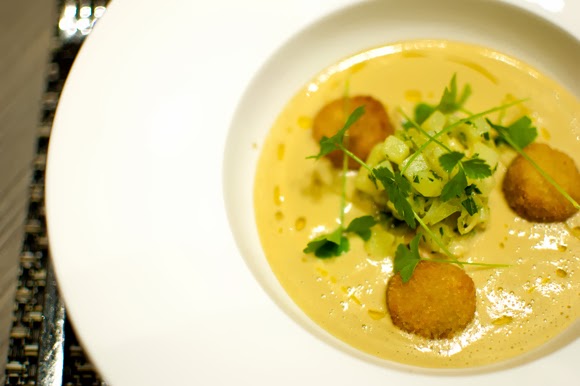 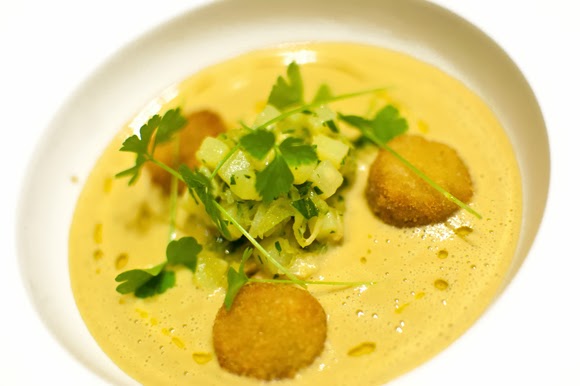 I got two starters; Mussel chowder with leeks and bone marrow croutons (£7.50) and my favourite, the Anise crusted sweetbreads, Saffron risotto and fried leeks (£8). I loved this dish, phwoar those sweetbreads and the intense flavour of the anise. 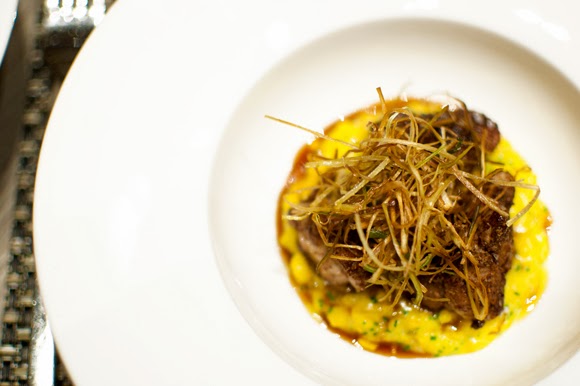 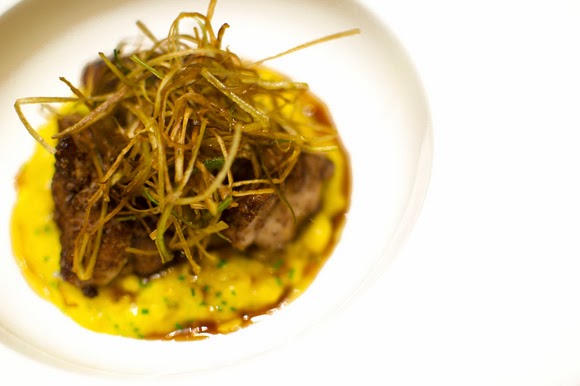 My only complaint? I wanted more. A few people have mentioned the small portions. This could be solved in one stroke; bread. It wouldn't be too hard to get more bread from The French would it?
Lamb is always amazing in Simon Rogan's restaurants and this was no exception. Malabar pilaff, lamb rumps, garlic, lemon and chilli (£16.50) was a truly stunning dish. The quality of the meat is exceptional, with just the right amount of fat and flavour and all the elements worked perfectly with it. 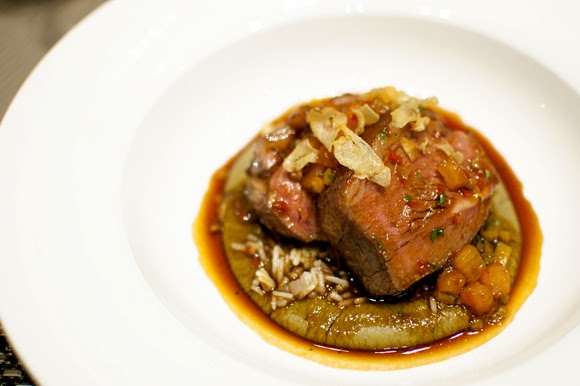 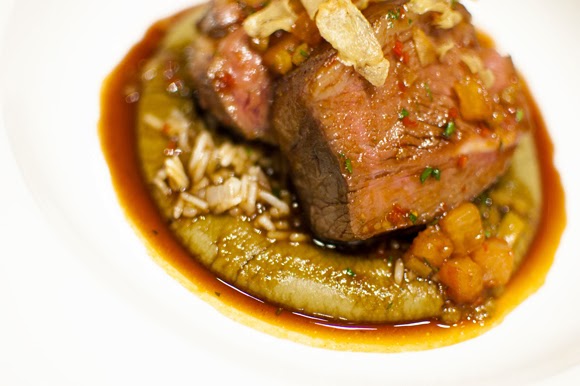 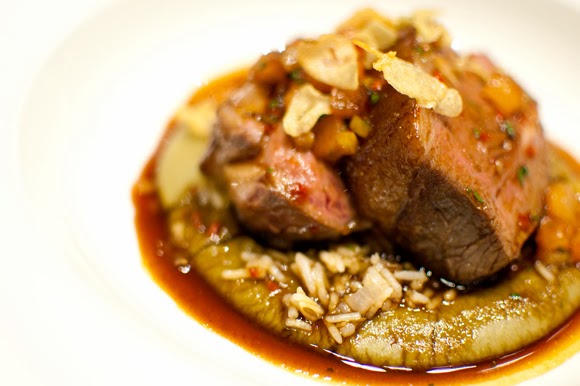 Another new dish; Yoghurt cream, warm rice pudding, rhubarb and ginger (£6) has pretty much everything I want in a dessert. 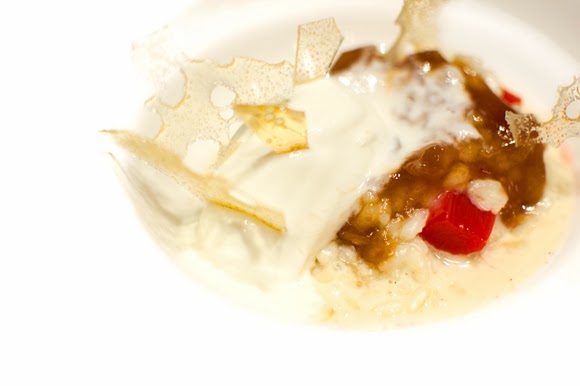 And finally a visit to Mr Cooper's wouldn't be complete without a Rum & Raisin Old Fashioned. I noticed that the chocolate was better this time. 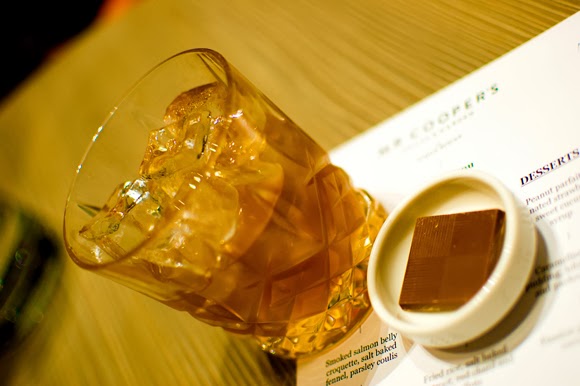 It cost me £70 with beers, wine, cocktails and a tip. I left very happy as did my friends to meet Mrs B and listen to a tale of another sitting. I will be back to Mr Cooper's House and Garden I'm sure. Yes the prices do add up but it represents superb value for money for food as good as this. 8/10. 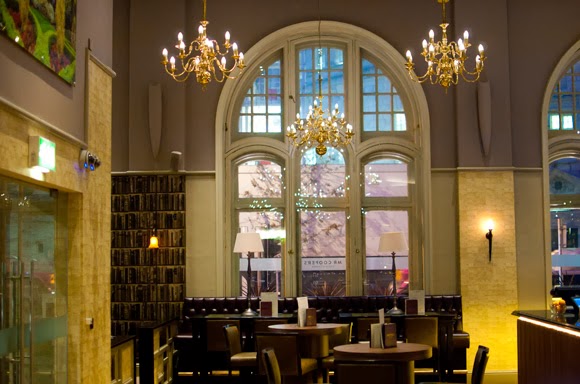 Follow @Bacononthebeech
Posted by Bacon on the Beech at 17:46