Some groups of restaurants seem to be stuck in the past. Take tapas bars for example, in the UK, all too often they're boring clichéd places serving the same usual suspects of dishes. Restaurants in Spain are not like that. The breadth of food and variety of tapas is astounding and each region has their own specialities. Pity then that this hasn't been exported over to the UK. Well to Manchester anyway, we'll have to wait for Ibérica to open this year I guess. People have been saying the same about Indian restaurants for years. Many places are still serving what they think people want; bright orange chicken tikka masala and all the rest. This is fine after several pints once the pubs have shut, but food trends dictate we now want authenticity. Proper regional street food like they have in their home land. That's the great thing about eating out in Britain; many people are willing to try things they've not had before. (Unlike say conservative Italy). One of the advantages of having a home grown cuisine that was in its dying throes (when I grew up in the 70's and 80's anyway). 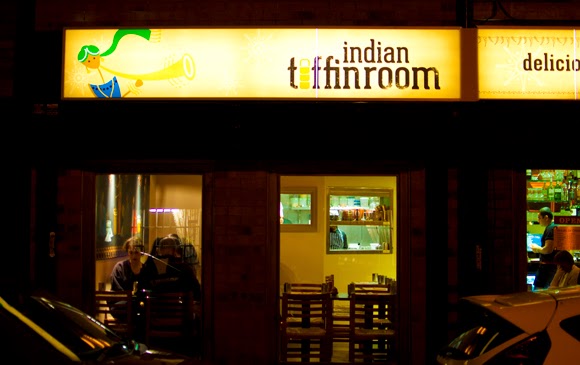 Thankfully Indian TiffinRoom in Cheadle is not one of those places. Just reading the menu I knew this was going to be an interesting one. Several things I'd never seen before, which is always a good thing for me. Essentially it's like South Indian tapas, you order several smaller dishes which suits me down to the ground. It's a small place but was almost full at 5.30 on Sunday night, in fact they were turning people away who hadn't booked. See what I mean about people wanting new things? We had;
Chicken Lollypop. 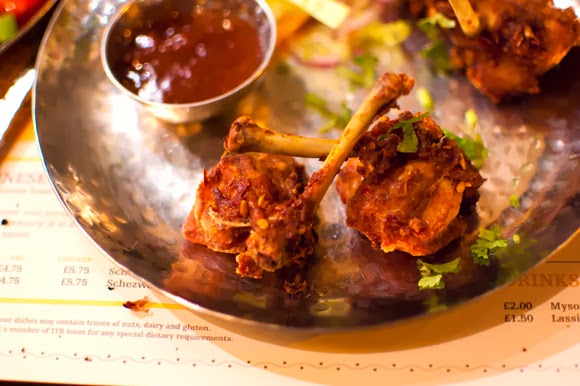 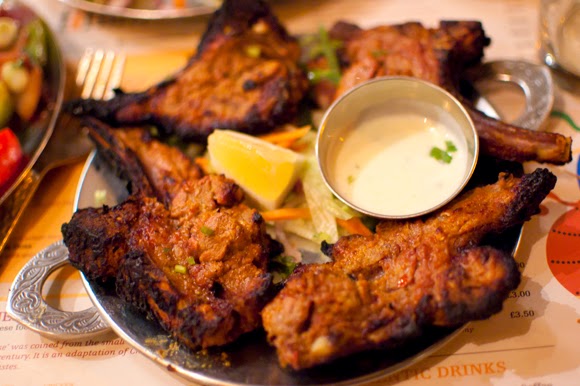 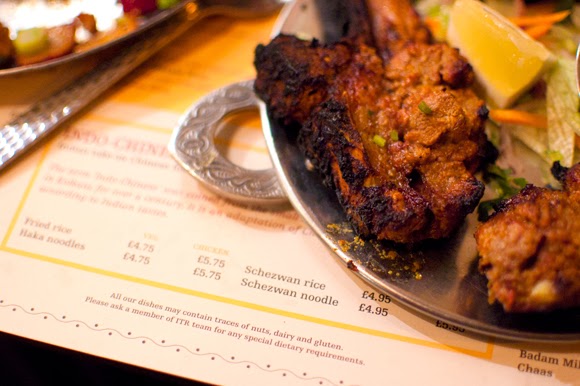 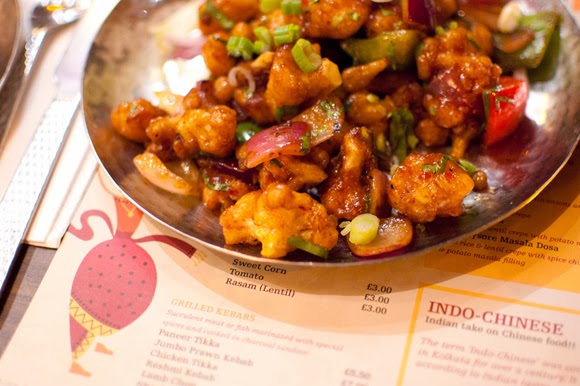 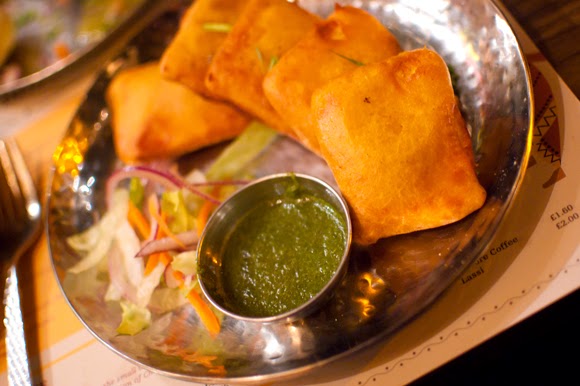 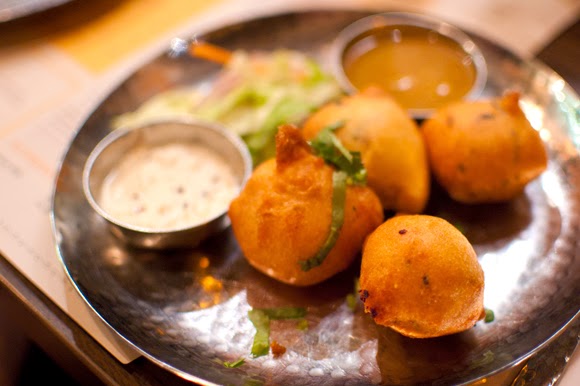 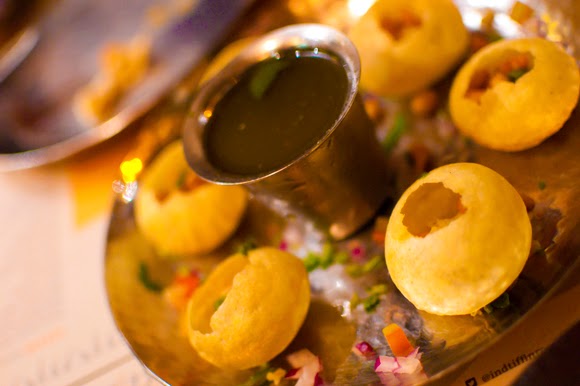 Butter Chicken (natch.) Gorgeous, creamy and rich, not sweet like a korma. 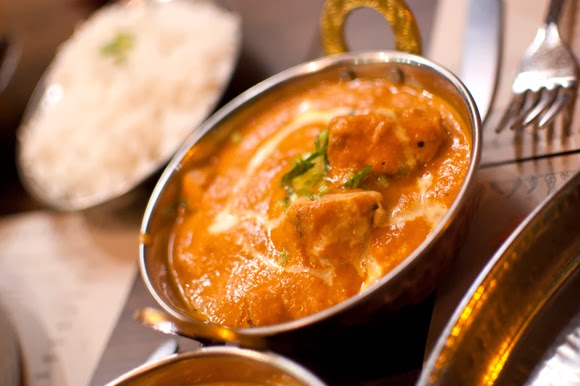 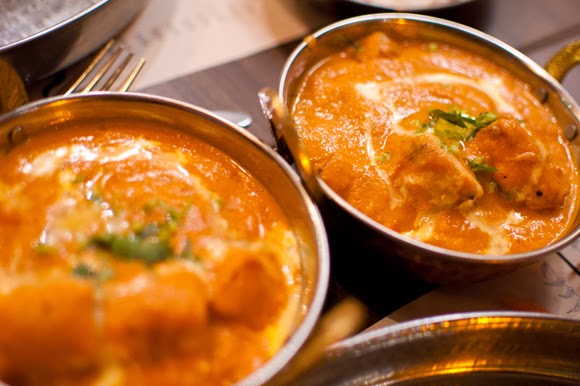 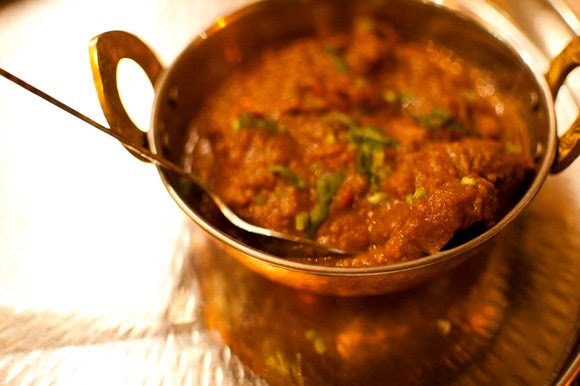 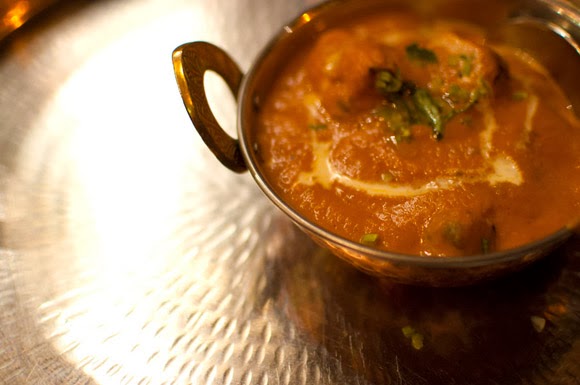 You have a metal tray and put the food on that, sharing it out like tapas.
It was all really good stuff, I even liked the dish I hadn't wanted (Mrs B ordered the Gobi Manchurian a cauliflower dish). The service was excellent too, really friendly, the chef even came out to apologise when one dish had gone missing which we didn't mind at all as we were totally stuffed by the end.
The prices are very reasonable, we ordered loads as you can see, and our bill came to £70 for 3 with quite a few drinks. The only thing that irritated me slightly is small bottles of beer at £3.50. If you guzzle beer like I do, you've spent £7 before your starters have arrived. Perhaps some larger bottles would be an advantage? 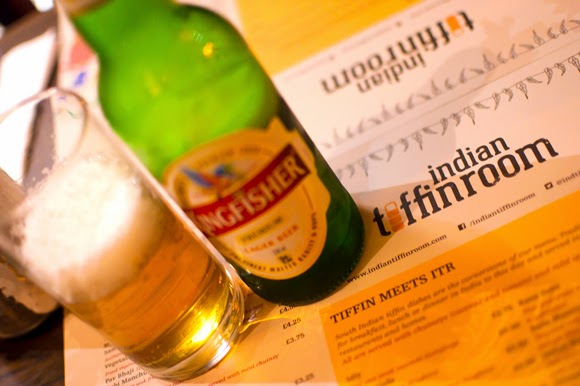 We've enjoyed lots of place that I have no immediate plans to go back to as I've done them now, but Indian TiffinRoom made me want to return and try some of the dishes I'd not ordered on the night. I also found out that they're opening in the city centre at some point too. I think they'll do very well there. 7/10.

Follow @Bacononthebeech
Posted by Bacon on the Beech at 09:23