I always try and put the prices in reviews wherever I can because for me it's extremely relevant. If somewhere is charging £100 for a taster menu I'd expect a Michelin star experience. I'm paying the price for the highest quality food and service so they should deliver that. In this instance when searching for cheap eats, your expectation is obviously lowered somewhat. However in the case of Elixir I think I found a real bargain. This little place opened just before Christmas and has a great position right in the middle of Deansgate. It's predominantly a cocktail bar so I didn't even consider it for food to be honest, until I saw a photo of one of their platters on twitter. I have a budget of £10 for lunch (once a week) in January after the expense of Christmas and this looked just the ticket. 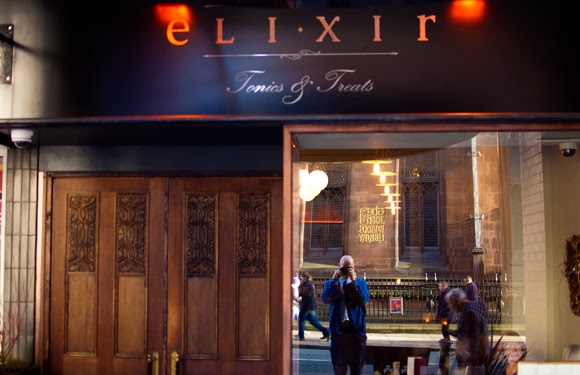 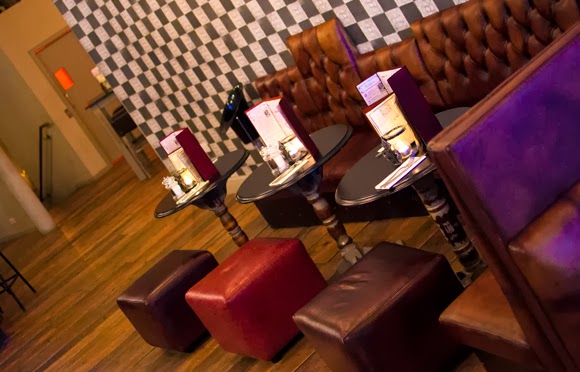 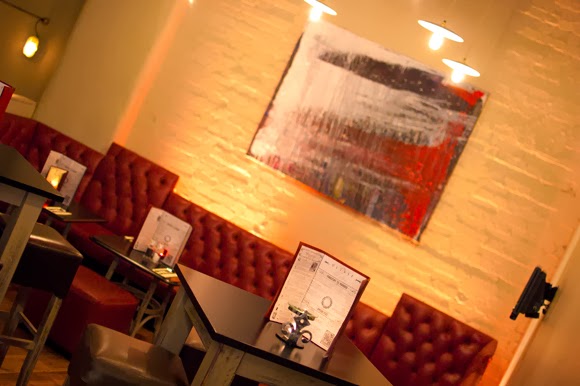 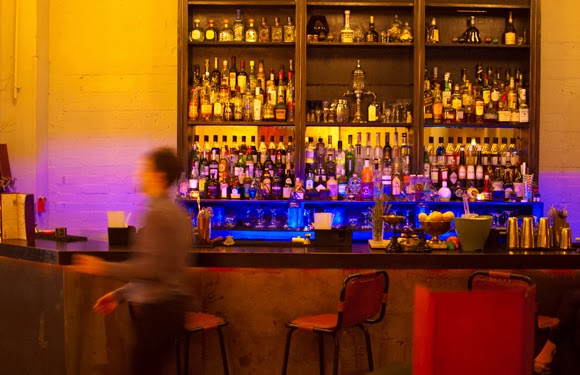 I'm sure it's buzzing at night but it was nice and mellow on Friday lunchtime. I sat and watched the world go by and noted the position they have is amazing for footfall (opposite John Rylands library). Loads of people stopped to take a look at the menu outside.
I was there for the Best of British sharing plate, I'd actually seen the £9.95 double portion online, but I got the £5.95 single version. This included Beef and Ale Pie, bacon butty, Manchester egg, chunk of cheddar, wholegrain mustard, hovis loaf and shot of ale. It's pretty impressive when it turns up like your own little buffet and I love an old school buffet. 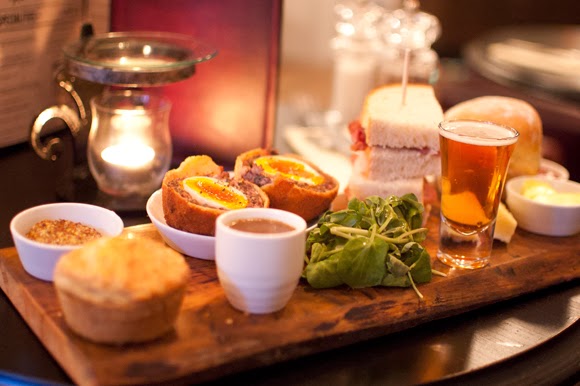 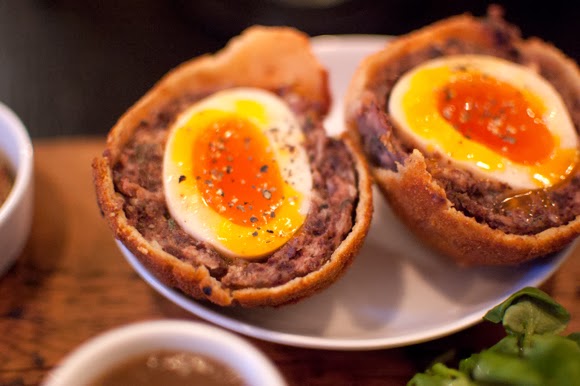 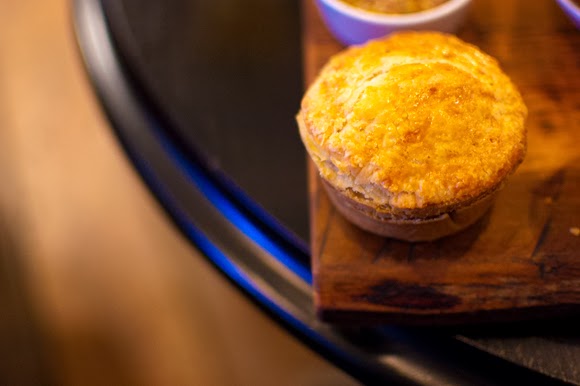 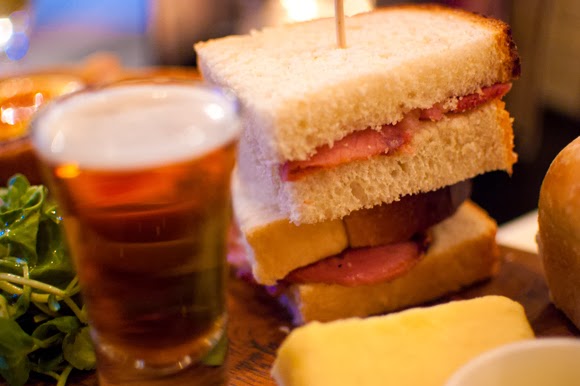 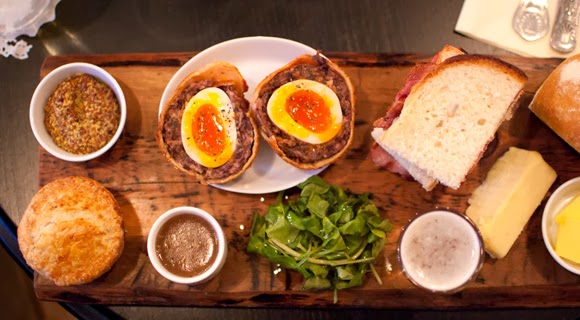 I must say I thoroughly enjoyed it all. The Manchester egg has always been better in theory than in practice for me, but I really don't want to nitpick at this price.
Everything is home-made by the chef which you wouldn't really expect including the bread and even the little shot of beer will soon be brewed by him too! This really pleased me no end this lunch. All this for £6! It reminded me of the cheese and bread platters Dukes 92 and the Mark Addy used to do in the 90's (Dukes 92 apparently still do them). These were massively popular at the time, and it makes me wonder why more people don't do stuff like this any more to get the punters in at lunch time. It was such a pleasant surprise not to see the standard burgers pulled pork etc. If you're opening somewhere in Manchester soon I beg of you; no more burgers! We are totally saturated and you're very unlikely to do it better than Almost Famous and Solita etc anyway. With a pint of Warsteiner, my lunch came to £9.95, 5p under budget. Job done. 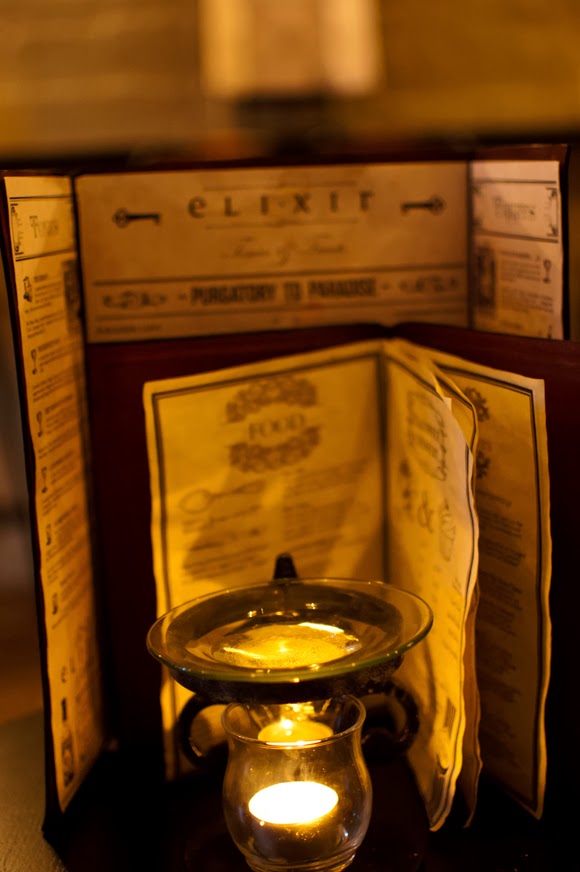 Soundtrack (played) I Am The Black Gold Of The Sun - Nuyorican Soul.

Follow @Bacononthebeech
Posted by Bacon on the Beech at 09:15