I'm always interested in what people have had for their tea, but also in the larger sense - what people order in restaurants and why. Many times what I like isn't what sells the best at all. At Solita last summer, we loved their DIY Steak Tartare (it had a few fans), but it just didn't sell enough to keep it on the menu (I don't think). I guess raw meat doesn't appeal to everyone. Although I believe they may bring it back this year. 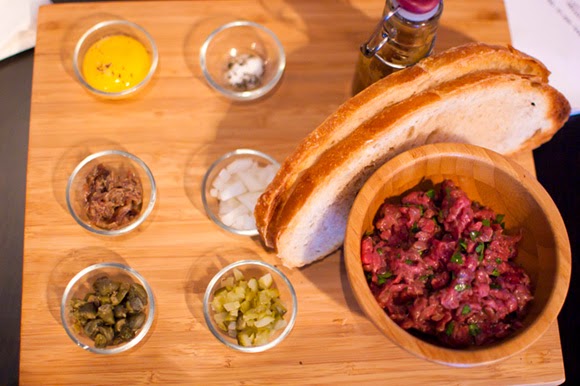 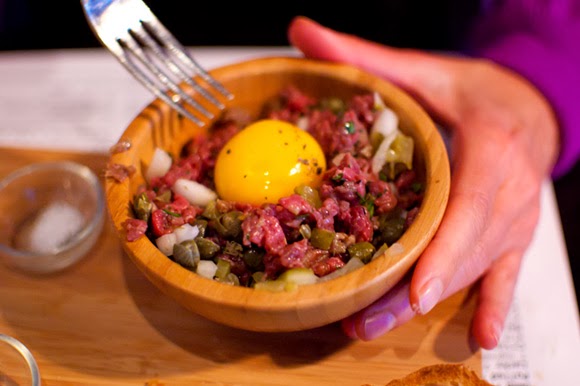 There was also an interesting debate the other day on-line about the old chestnut - the limited vegetarian options in many places (apart from the apparently ubiquitous Halloumi), and a few restaurants said the same thing; they had put more options on but nobody bought them. I can understand the frustration for vegetarians when eating out, but it has to be remembered that restaurants are in the business of making money and 95% of the population (or thereabouts) are meat-eaters. I guess that halloumi remains popular as meat eaters are likely to order it too. I would order it, whereas I'd never order a vege-burger from Almost Famous or Solita etc, I'd want the real thing. 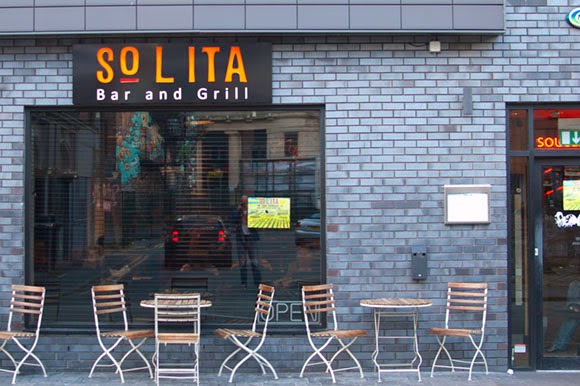 So we were invited down to try the new brunch menu at Solita. They didn't invent brunch of course but they're making it their own in Manchester already. It was totally packed when we turned up at midday on Saturday. As we were both recovering from a nasty stomach bug we couldn't actually face the larger meaty dishes. They've reported that the Toad in the Hole is their most popular dish so far. Whereas the one I most wanted to try the Truffled Egg on Toast (£5.90) was the least. I'm not sure why, it's a real winner this one, comforting, gooey cheese with the egg running into it, and just a hint of truffle oil. Despite not having any real hunger, I scoffed this one no problem. I'd definitely recommend this for the vegetarians. 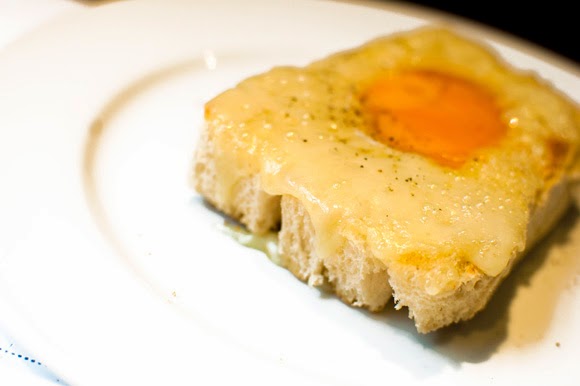 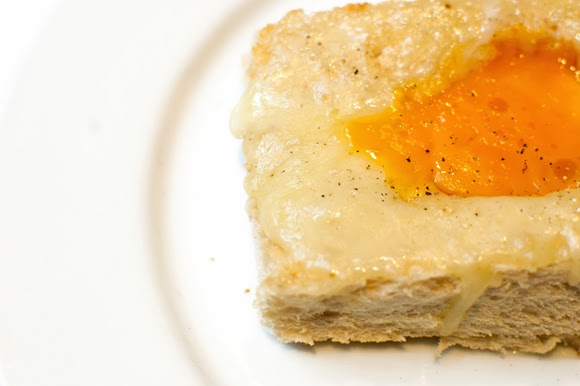 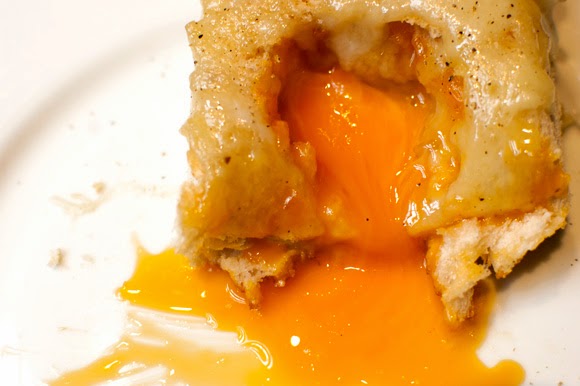 Our favourite though was the Uovo Pomodoro. (Eggs baked in Little Italy Marinara sauce and N'Duja added, £8.80). Spicier than I'd anticipated this was a lovely comforting dish like the Italian grandmother I never had used to make. There's a real gap in the market for a proper Italian restaurant doing this sort of thing in town I think, that's not a soulless chain serving the same old stuff. 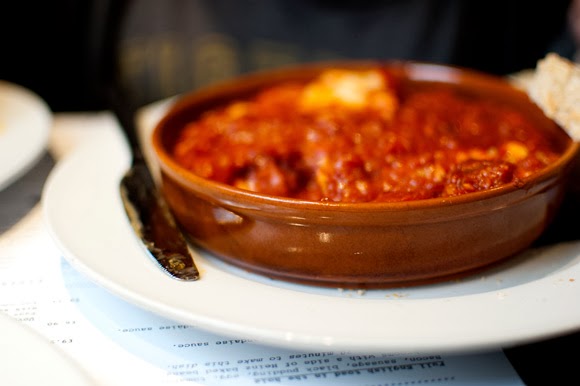 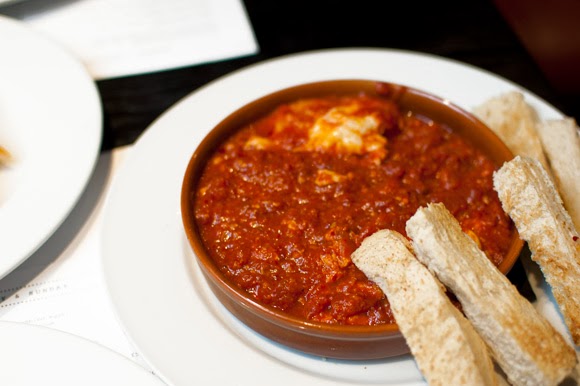 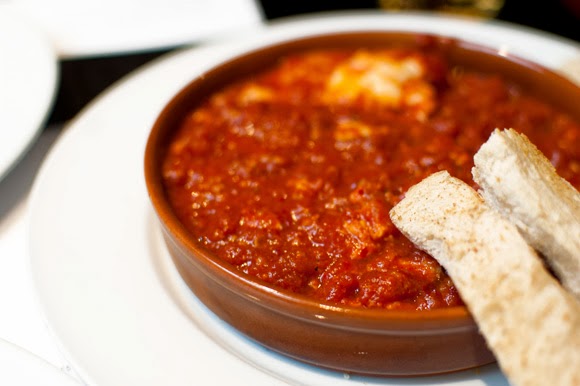 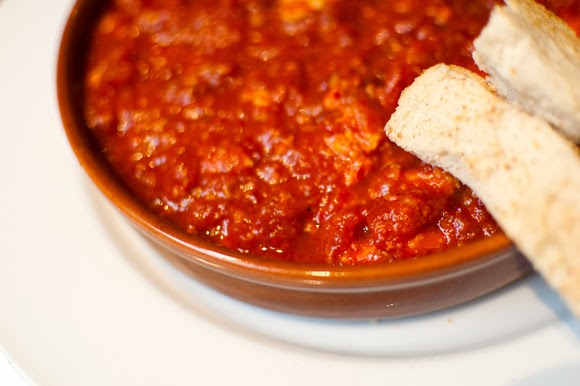 I'd also wanted the hot salt beef bagel, but Mrs B quite rightfully said that it'd be too much for our delicate stomachs. She was right of course so we went for the Cream Cheese and Home Smoked Salmon bagel. (£7.90). Taking a little of the salmon off, you could taste it was proper home smoked as it's so much better than the usual supermarket bought stuff. 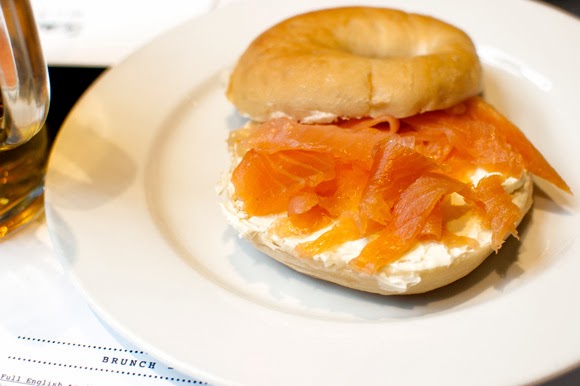 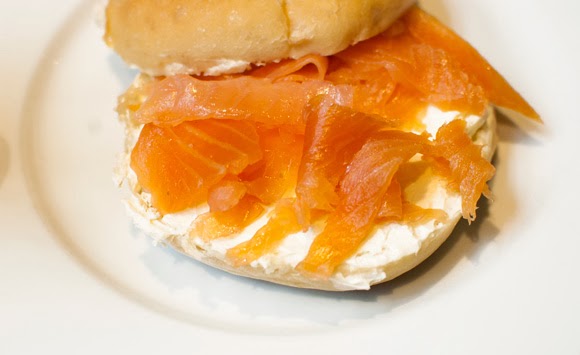 The Buttermilk pancakes and Maple syrup (£4.90) were light and fluffy, Mrs Bacon was very pleased with these, it set her off talking about childhood holidays to The States. 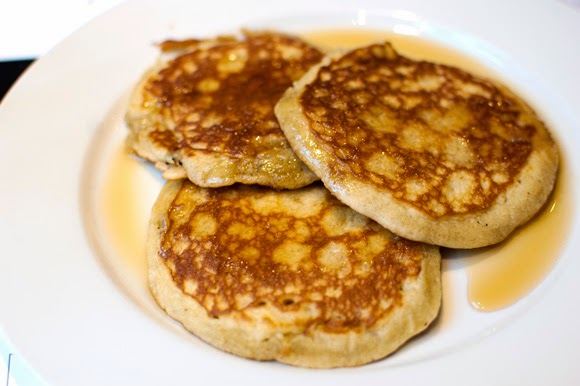 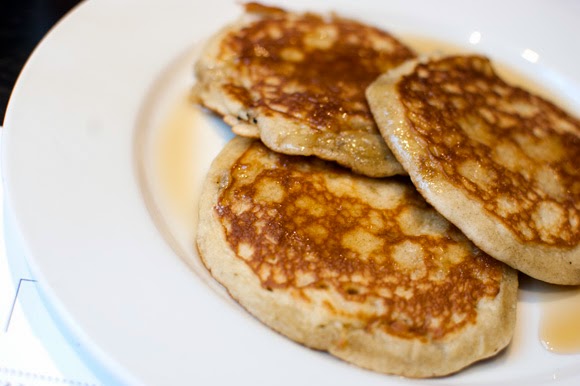 So there we have it, we probably ordered the least popular dishes off the menu but it was spot on for us and not too heavy. A couple of other things I noticed on this visit to Solita, firstly their FOH seems to get better and better each time, and secondly, I always enjoy the music they play in there.
The only thing I don't like about brunch is there's no lunch to look forward to, but should you fancy brunch in town, Solita's clearly the place you want to go to - it's busy though so get there early is my advice. 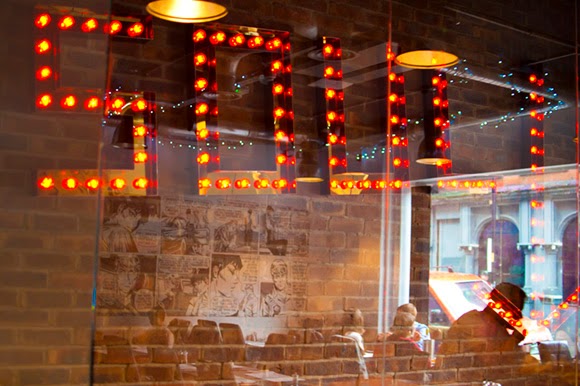 Follow @Bacononthebeech
Posted by Bacon on the Beech at 14:15