I don't get my way all of the time you know. This time at my friends insistence, all three of them (including Mrs Bacon) really wanted to go to Wahaca on our two day London trip. I must admit I was intrigued, although my reluctance was more due to the bewildering amount of choice London has to offer. It would be interesting to compare it to a newly opened Mexican restaurant in Manchester that had underwhelmed me. Loads of people use the London restaurant as a bench mark for such places often saying 'it's not as good as Wahaca'.
We visited the Soho branch of this ever growing chain. I say 'chain', in Manchester we think of chains as generally dull mainstream conglomerates, but in London there are such a large number of smaller indie chains where the quality doesn't seem to be lost in the same way. We need a lot more of them in our city - I think it's starting to happen with Iberica opening in two locations next year. 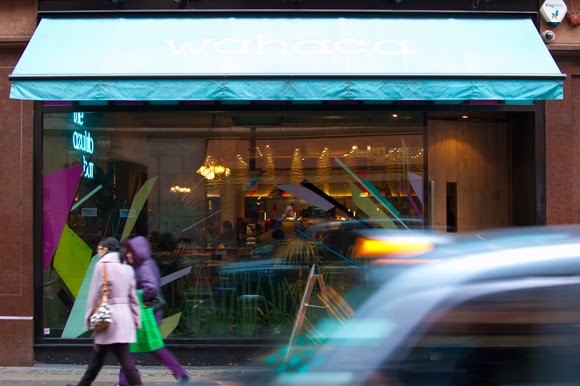 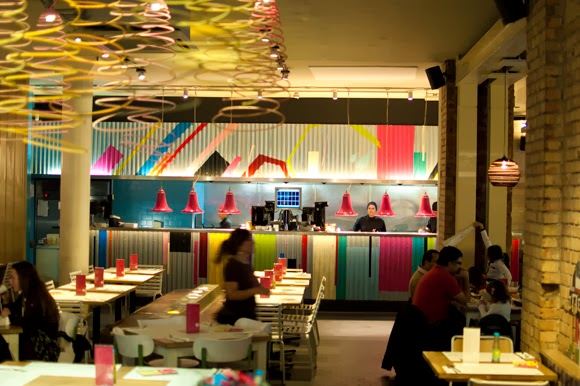 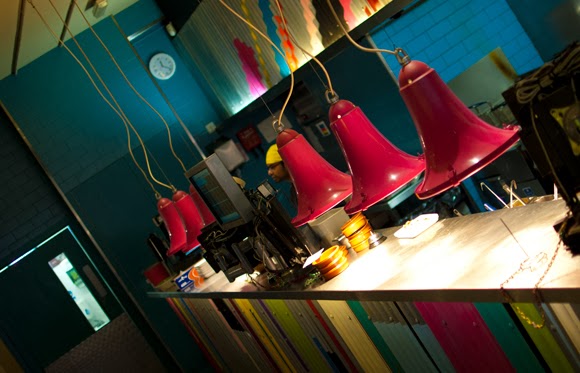 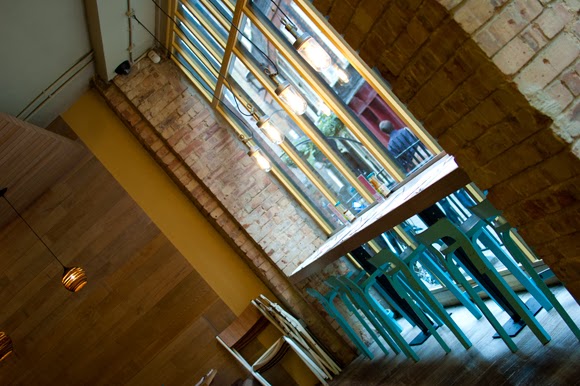 First impressions of Wahaca were great, a clean bright and colourful space, we settled on a lovely round table at the back in front of the floor to ceiling windows. I ordered a beer and some tortilla chips and pork crackers appeared. My eyes wandered to a small sign on the street outside; it said 'Cap Gun Collective'. I imagined this to be some sort of secret society or a front for a spy ring. I woman stood outside with a small suitcase calling someone; "I'm at the pickup place" I imagined her saying. (I googled it later and Cap Gun Collective was rather boringly a production company, I preferred my own made up story). We sat watching people come and go making up stories about them in the way that you do when you're tired and mildly hungover from the night before. 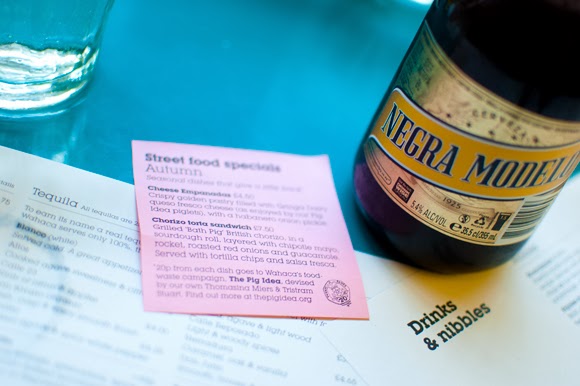 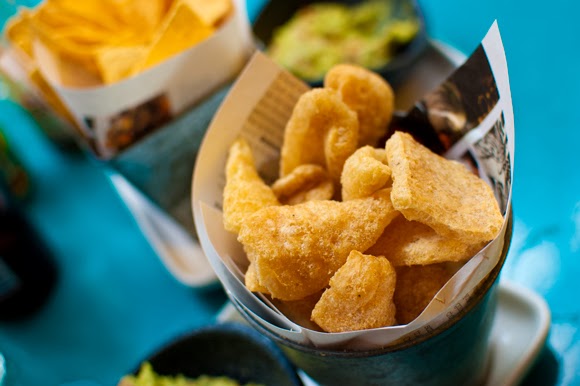 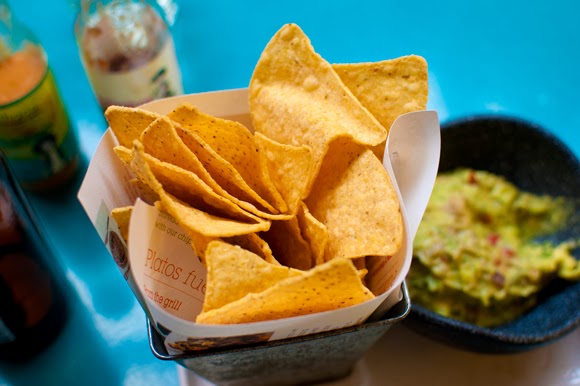 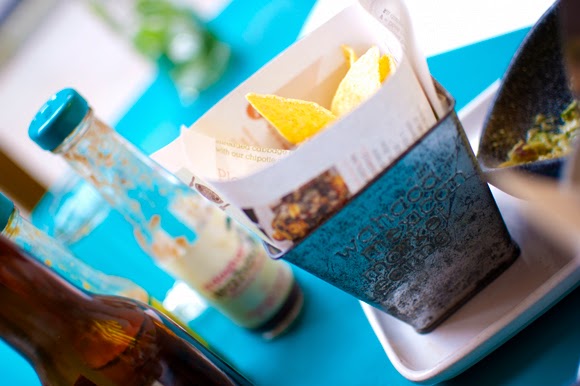 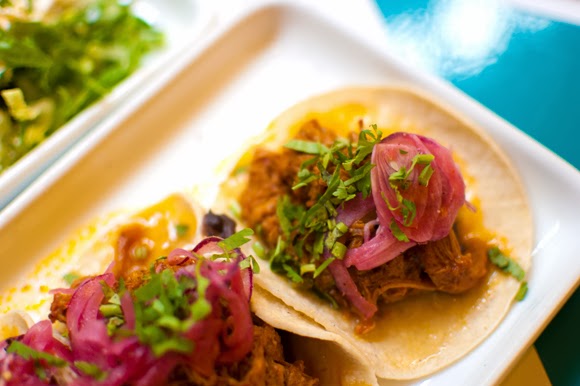 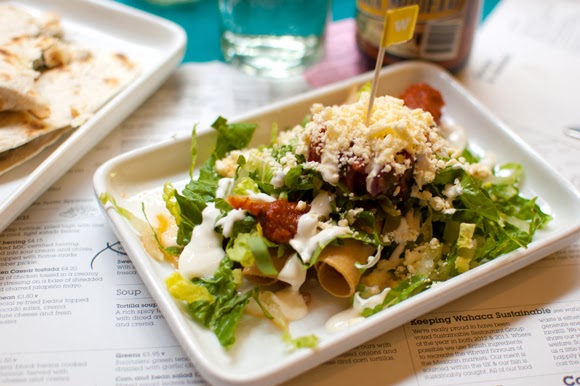 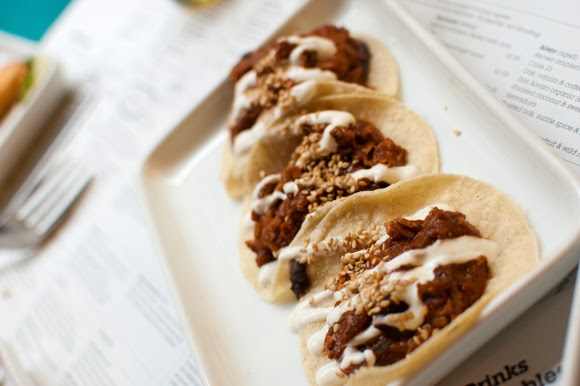 We were all pleasantly surprised when the food turned up, the portions were big! We could have easily ordered just two dishes instead of three for lunch. All the food was spicy with punchy juicy clean flavours. My pick of the bunch was the Pork Pibil Taco. I'm getting a bit bored of pulled pork now, but I will make an exception for these. We finished off with some fabulous Churros con Chocolate. These were the most authentic I've had outside of Spain, they were spot on, crispy and crunchy with exactly the right chocolate. People say the food is pretty authentic, I've not been to Mexico but I can definitely say it's well tasty and you can tell they've not cut corners like so many chains do. It's the nice little touches too, like the little seed packet that you get at the end of your meal. It's quite telling that this place is run with care and attention and not just a money making machine. 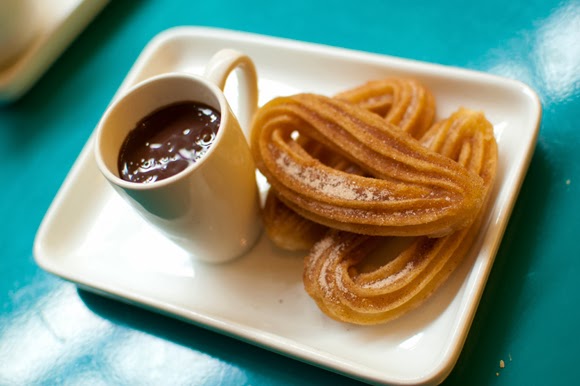 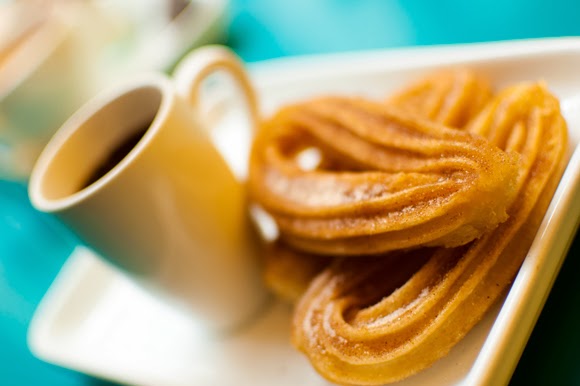 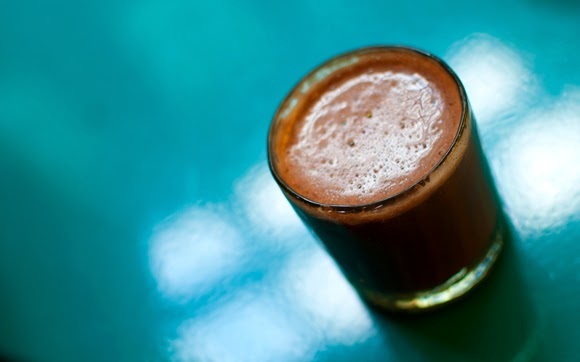 Wahaca is a fantastic place, I couldn't fault it at all, especially the price - for London it's phenomenal. Don't get me wrong, it's not the best food I've ever had, but it's simple spicy Mexican street food and it's done well. My only complaint is why don't they have one where I live in Manchester?* 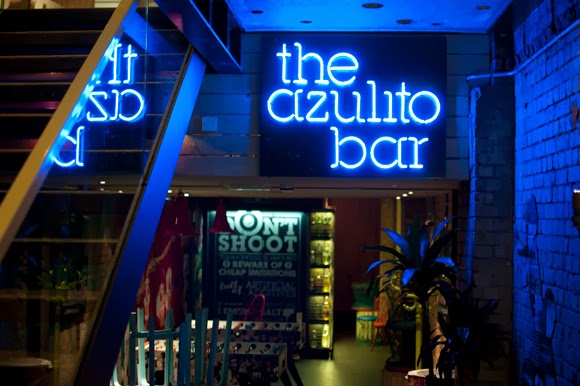 * Wahaca are indeed moving to the Corn Exchange Manchester in 2015.

Follow @Bacononthebeech
Posted by Bacon on the Beech at 09:57